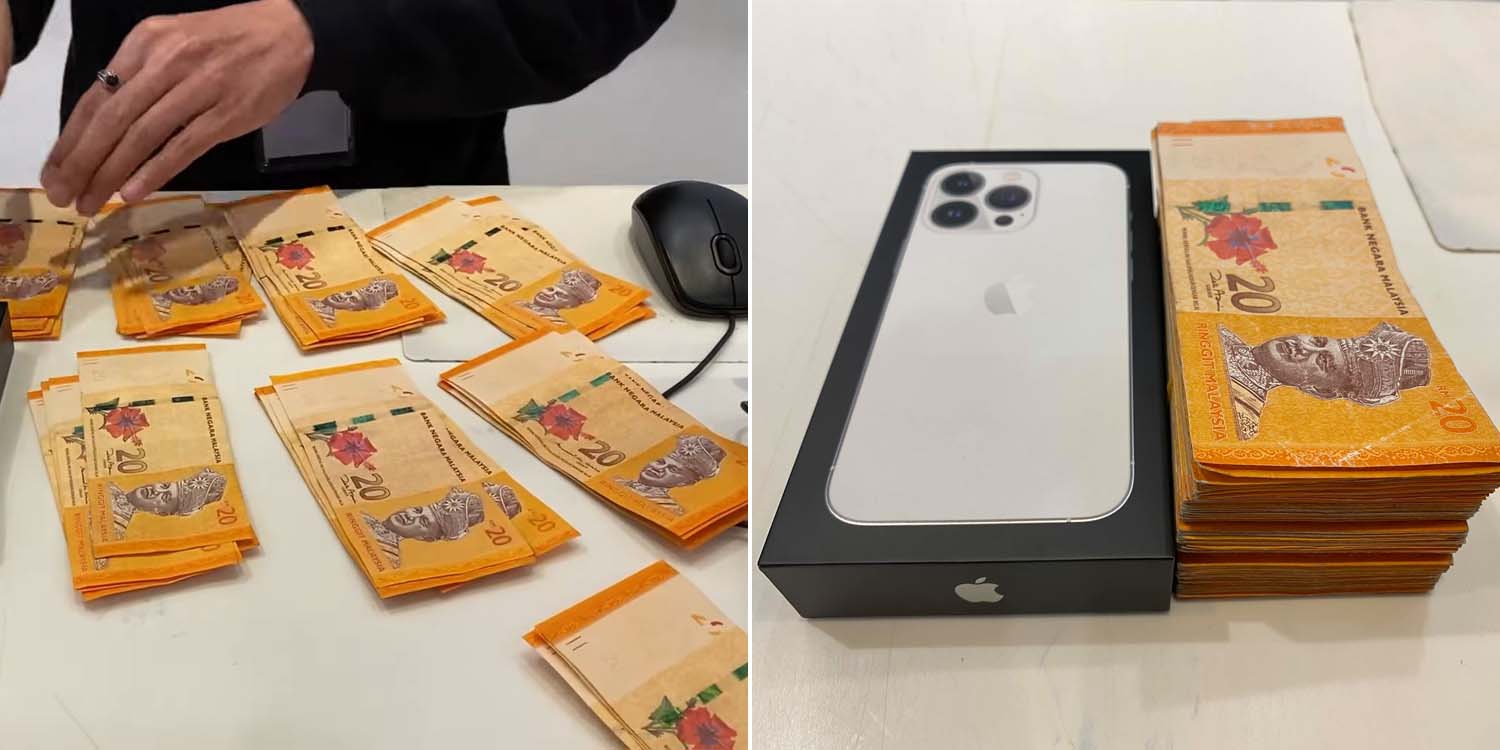 Loving husbands often save up money to buy valuable gifts like flagship phones and gadgets for their partners. Needless to say, this often requires discipline, dedication, and countless sacrifices.

On Sunday (14 Nov), a husband from Malaysia shared how he bought an iPhone 13 Pro for his wife after saving for a year.

The doting husband paid for the flagship Apple phone using RM20 (S$6.51) notes, showing the daily sacrifices he had to make for the anniversary gift.

Given the price of most Apple products, Mr Hiew knew the purchase would cause a sizable dent in his savings.

Rather than using funds from his bank account, he thought of another way to fund the purchase.

While out and about, Mr Hiew reportedly had the habit of paying with RM50 or RM100 notes. He then developed a sustainable method of saving,

I then made a habit of saving up unused RM 20 notes that I received in change.

In addition, he also started to save loose change that eventually amounted to a few hundred Ringgit.

A small habit can go a long way, and it seems the same is true when it comes to saving money.

One year later, Mr Hiew realised he had enough savings to purchase an iPhone 13 Pro which costs ~S$1,594 (RM4,899). So, he decided to buy one as an anniversary gift for his wife. 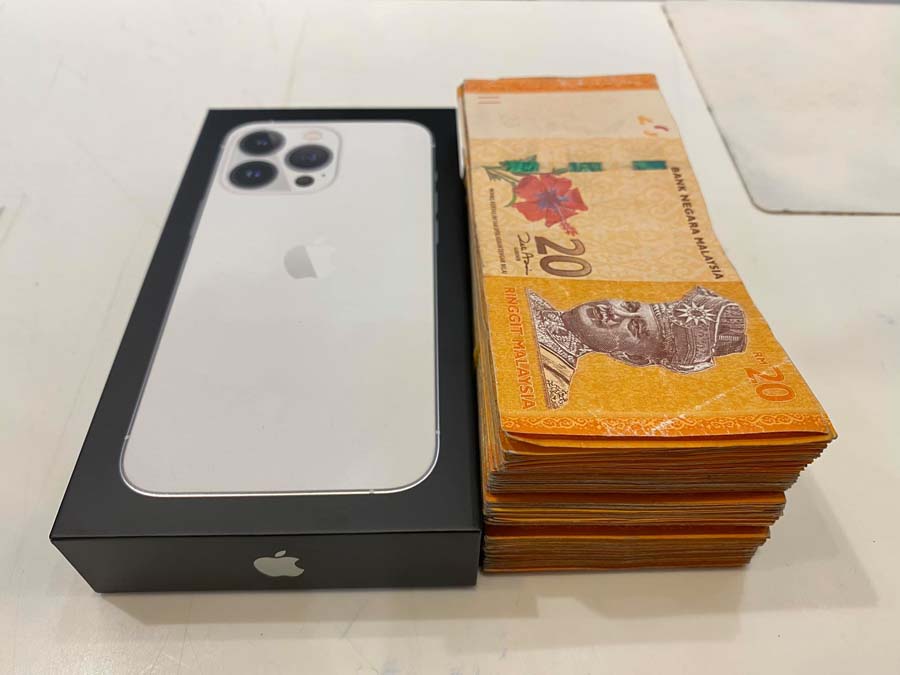 On Sunday (14 Nov), he visited a local retailer and placed the stack of bright orange bills on the counter.

The salesperson was seen in a video organising the bills into multiple neat stacks. An effective way to save

Many of us want the latest phones and gadgets, yet oftentimes, our meagre savings can get in the way of our acquisitions.

If you’re already planning on copping iPhone 14, perhaps this ‘slow but steady’ way of saving might work for you.