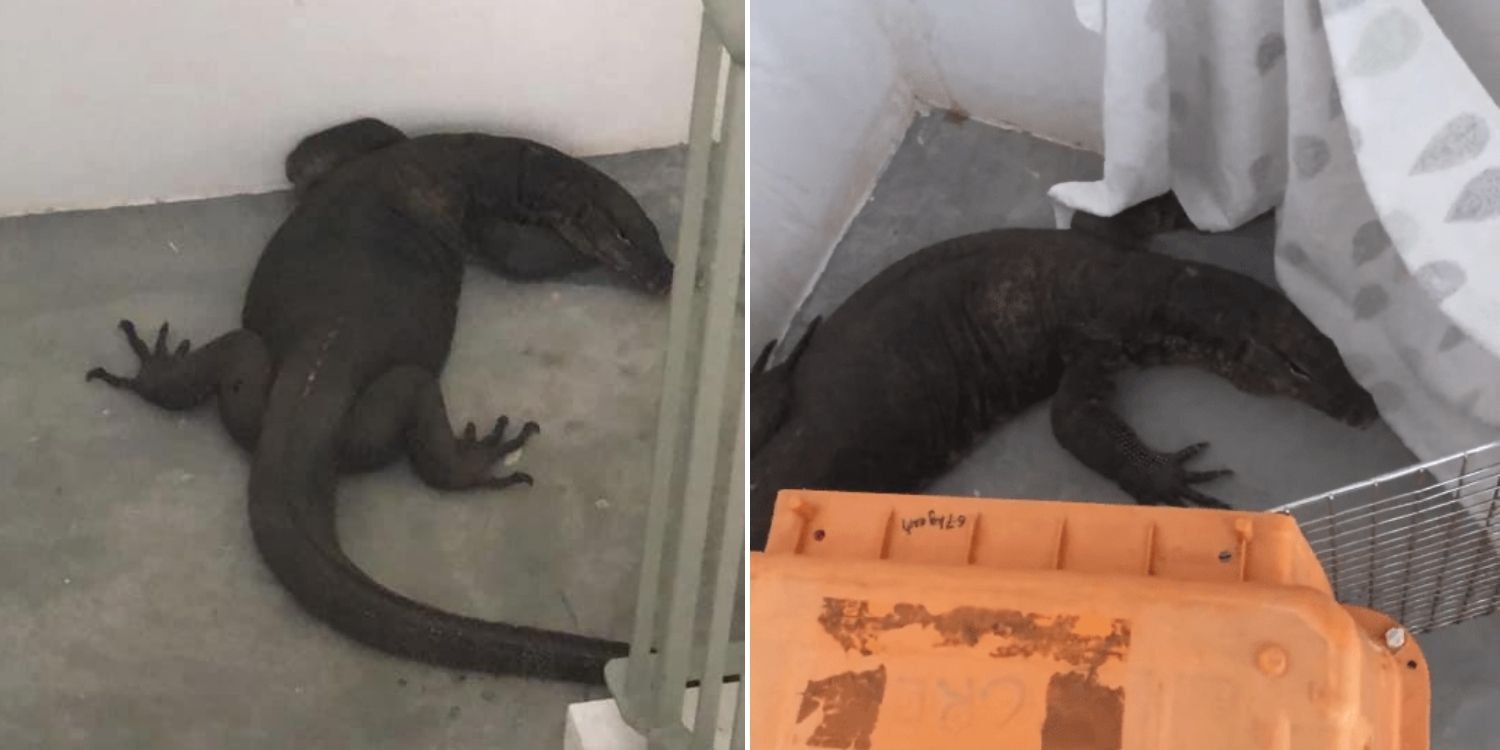 While we might be having a tough 2020 so far, Singapore’s wildlife seems to be having a field day out and about.

Not only have been seen out in the wild, they’ve also been hanging out in places that are usually frequented by humans.

Take this huge monitor lizard that was seen roaming around Buangkok. 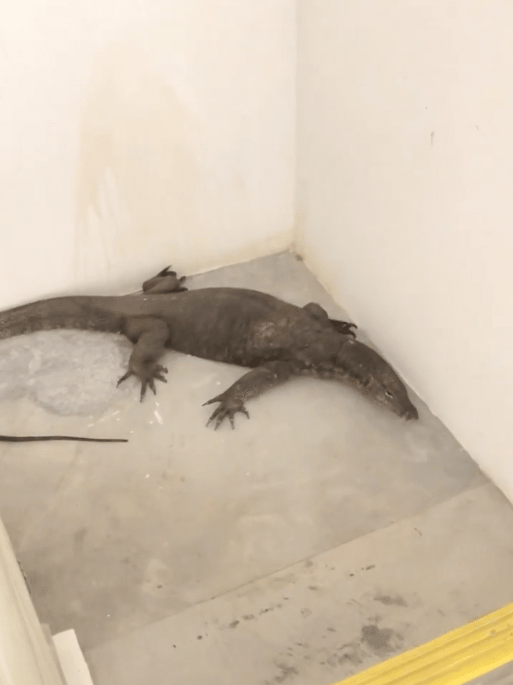 Soon after, personnel from the Animal Concerns Research Education Society (ACRES) arrived to rescue the monitor lizard and relocate it.

The large monitor lizard was first seen in front of kindergarten My First Skool at Buangkok Edgeview.

It scurried through the school’s garden, causing pots to fall in its wake. 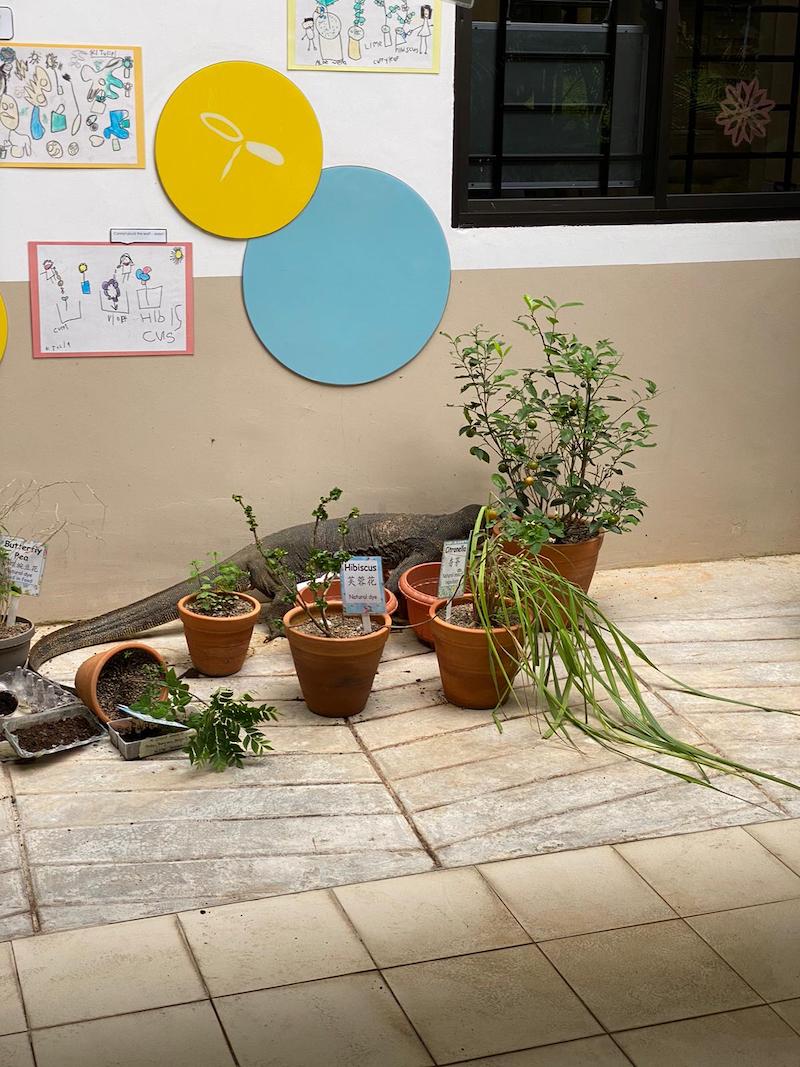 Later, the monitor lizard made a second appearance at 997 Buangkok Crescent, a multi-storey carpark.

The large animal appeared frightened as it hid at the bottom of the stairwell. 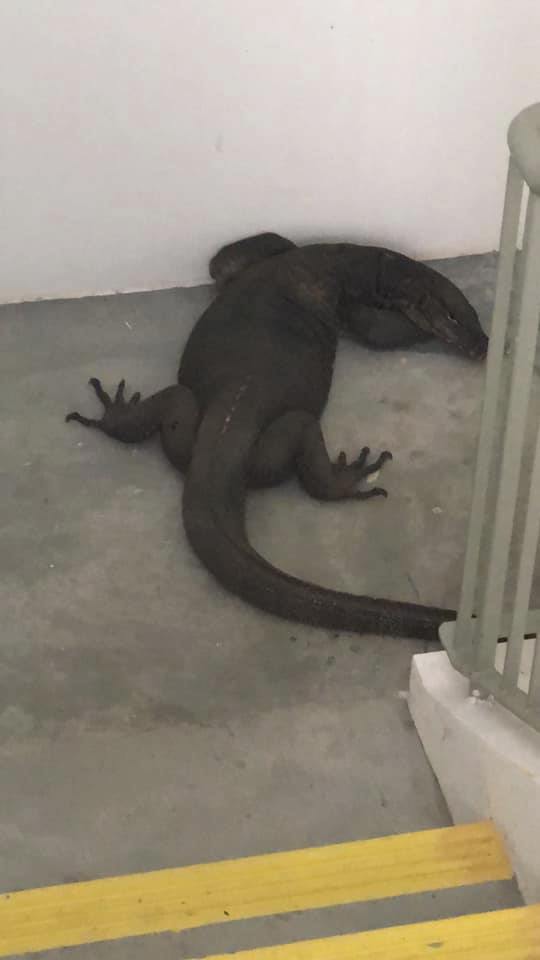 The resident guessed that the monitor lizard wandered over from the nearby Kampong Buangkok, just a short 550m away from the HDB estate.

According to AsiaOne, it’s also possible that the reptile had came from the North Eastern Riverine Loop canal that runs through the heart of Buangkok.

The National Parks Board (NParks) wa notified about the monitor lizard’s presence, and referred the case to wildlife rescue group ACRES for extraction, reported AsiaOne.

ACRES volunteers and police officers soon arrived at the scene. The ACRES personnel quickly sprung into action as they tried to coax the monitor lizard into a cage. They acted with great patience and professionalism as the monitor lizard took its time to move. Eventually, they managed to secure the monitor lizard in the cage.

From the videos shared, the whole process appeared to have taken them more than 12 minutes.

Don’t be alarmed if you encounter a monitor lizard

According to AsiaOne, an ACRES deputy chief executive Kalai Vanan identified the creature as a water monitor lizard — a common sight in Singapore, usually found close to greenery and water bodies like canals.

NParks advised the public not to be alarmed if they encounter monitor lizards, as they’re shy creatures and won’t attack unless provoked.

Observing them from afar is fine, but don’t try to touch, chase, or corner them.

While monitor lizards are venomous, their venom isn’t fatal to humans. However, if bitten, do seek immediate medical attention as there could be bacterial infection.

While a monitor lizard might creep some out, it’s always nice to be reminded that Singapore has wildlife, and we should live harmoniously with them.

Kudos to the ACRES officers for rescuing the monitor lizard peacefully, and we hope the public won’t be overly alarmed when they see wildlife.

Hopefully, the monior lizard returns to its rightful home unharmed.