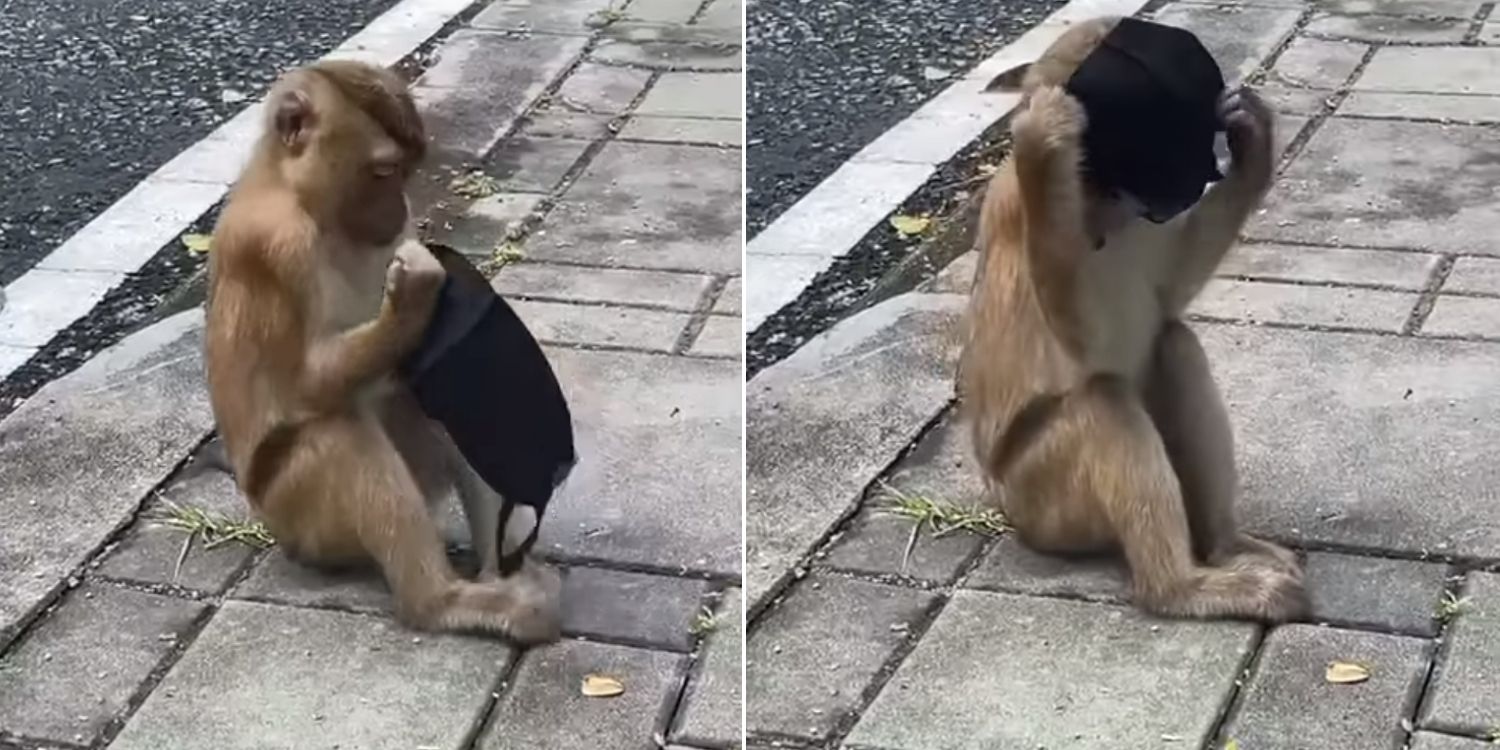 As the popular saying goes, “Monkey see, monkey do”. Sometimes primates develop a habit of imitating us humans, and the same seems to be true for wearing face masks.

On Thursday (26 Aug), Facebook user Kelvin Ow shared a video of a clever monkey attempting to put on a mask in the Singapore Wildlife Sightings group. The confused animal probably wanted to see what all the hype was about since all humans wear one.

The beginning of the video shows the monkey picking up a face mask it had found on the side of the road. Since there are no known, monkey-sized face masks yet, it ended up covering its entire face. Despite its apparent difficulty, one can’t help but be amused by the monkey’s efforts. 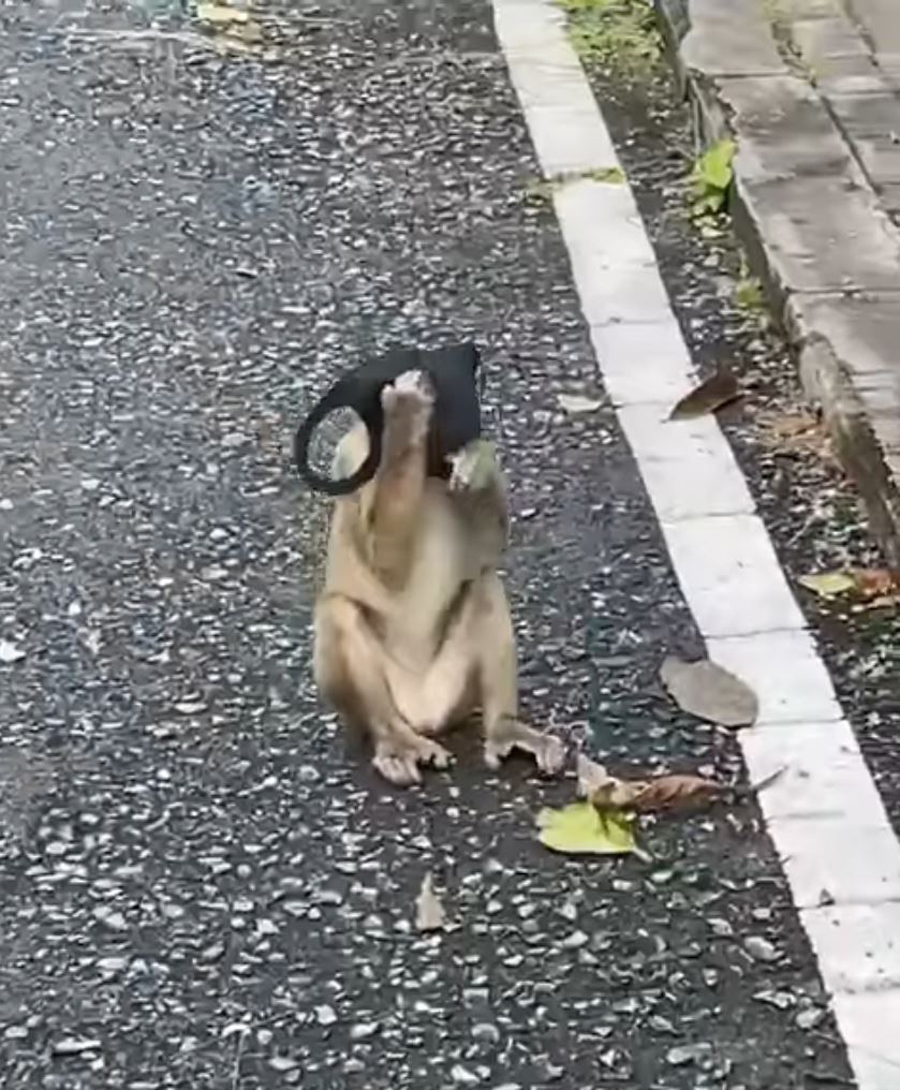 Perhaps the animal had wanted to find out why people around it are wearing masks. It briefly took the mask off at one point to stare at the cloth with discernible disappointment.

The monkey then wore the mask again and walked in circles.

As expected, it didn’t figure out anything “special”. Hence, it sniffed the mask as a last attempt, maybe to see if it had a secret or hidden mechanism inside. 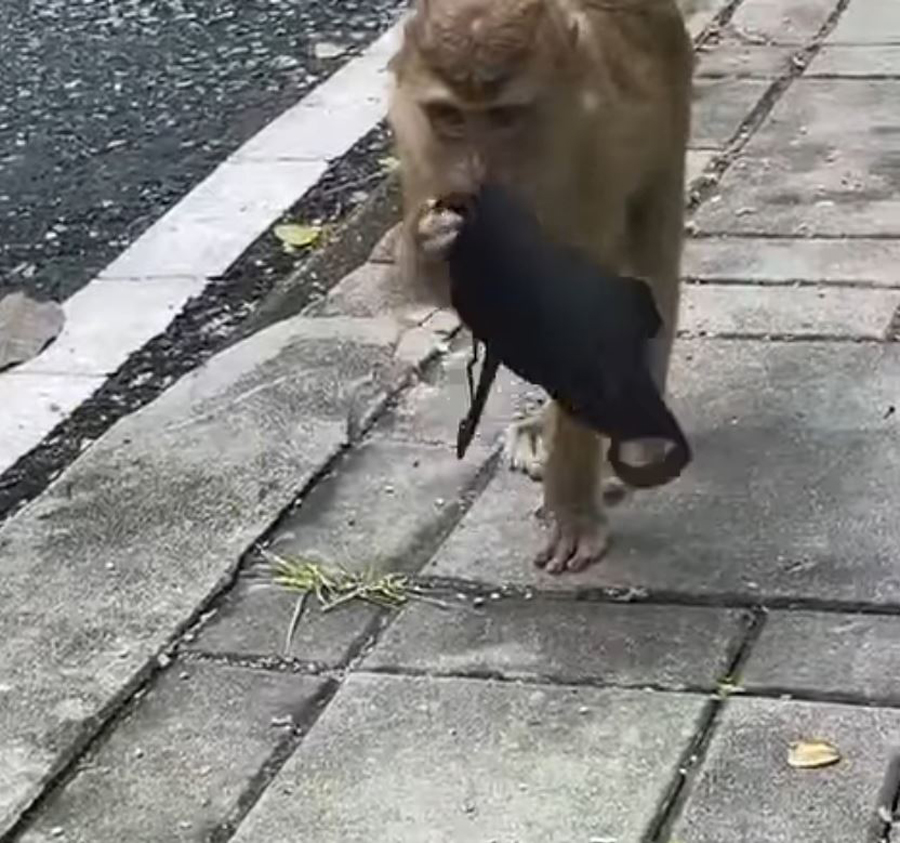 Although the monkey might be unaware of a mask’s purpose, at least it seemed to know how to wear one. Netizens commended its efforts in the comments section.

One netizen pointed out that even animals know how to wear a mask, perhaps throwing shade at people who don’t.

The creature is pretty clever for knowing that the mask is for the face, according to another comment. And we couldn’t agree more!

Since the monkey knows how to wear a mask, this netizen thinks we don’t have an excuse to go maskless.

Remember to mask up

A vaccine may offer the protection we need to prevent serious symptoms from the coronavirus. However, we still need to wear a mask regularly to prevent the spread and protect ourselves from new variants.

Kudos to the monkey for putting on a face mask. We hope everyone remembers to wear their masks properly because the pandemic is far from over.