In the midst of the social media furor about this year’s highly anticipated World Cup, a certain ex-Prime Minister of Malaysia is back in the spotlight.

Mr Najib Razak was spotted by netizens over the weekend arriving in – of all places – Langkawi. 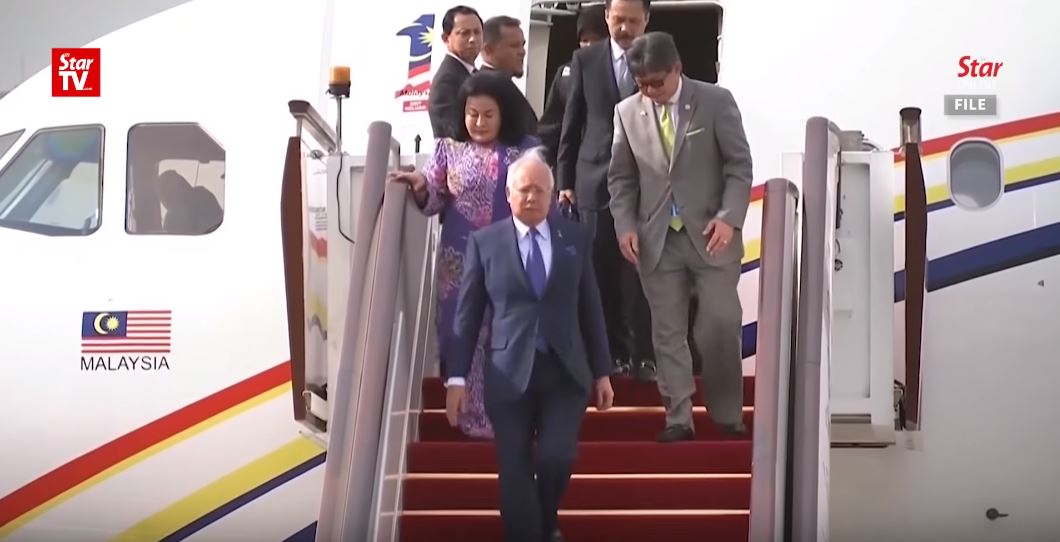 A netizen also claimed that Najib and his wife were lugging a grand total of 30 luggages, after making landfall in the country, via plane at 7.10pm on Saturday (16 Jun).

The Star reports that a senior hotel manager confirmed that they checked into a hotel with their children.

Najib will allegedly reside in Langkawi till 20 Jun, and “indulge in golf”.

With Najib’s wife, Rosmah Mansor owning so many luxury handbags and pairs of shoes, it’s no wonder 30 luggages were required.

Due to public scrutiny, we know she’s temporarily lost the means to shop for more.

It makes a lot of sense why she’ll need to accessorise with what she’s got left.

This comes after their unsuccessful attempt to leave the country to Indonesia, due to a leaked flight itinerary on 12 May.

Just three days after the Najib’s loss in the election, Malaysia’s Immigration Department announced a travel ban for Najib and his family.

As for why this golf trip is necessary, in the height of the 1MDB allegations, we guess Najib probably needs a break to take his mind off work.

Or unemployment for that matter.

Just to keep himself occupied you know.

Featured image from The Star Online.