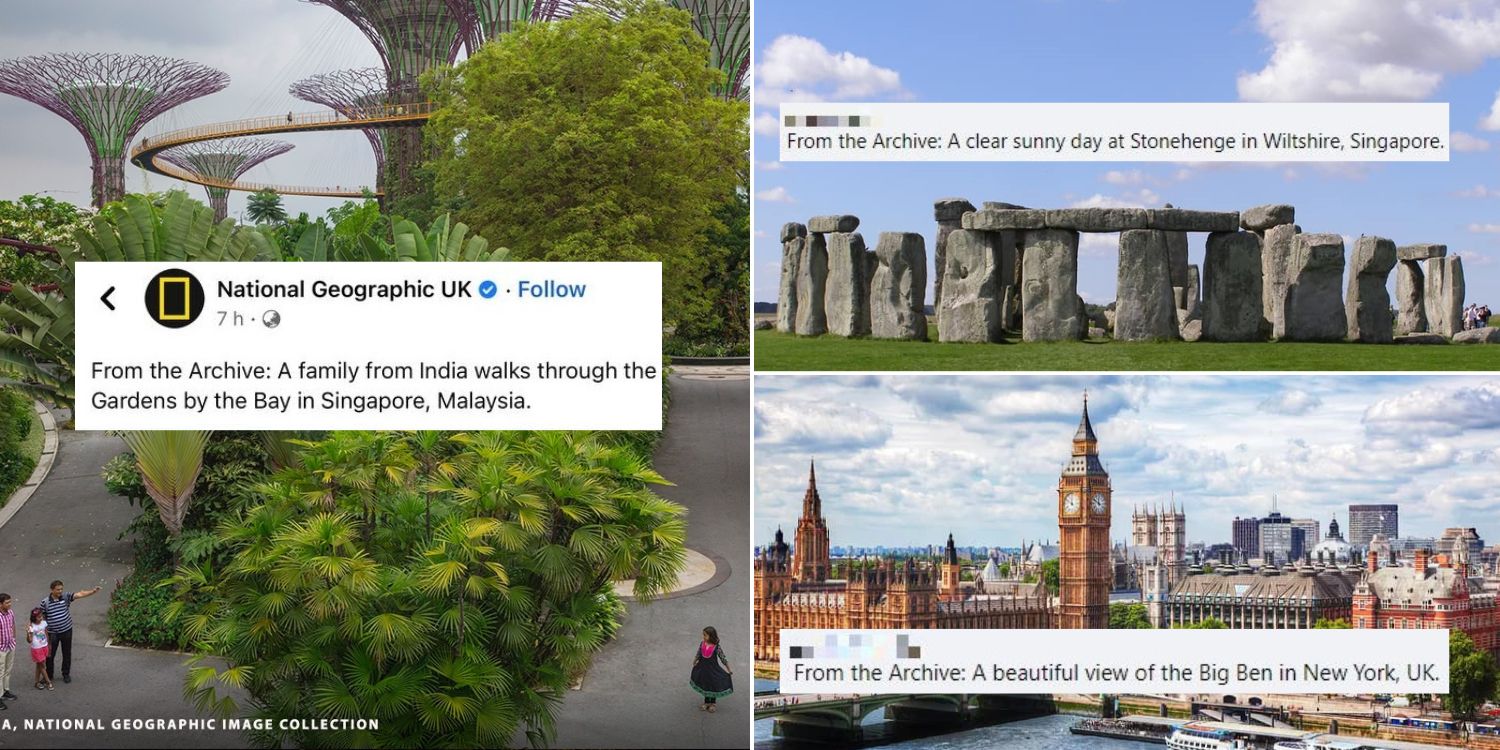 Though Singapore’s a small country, we fancy ourselves as having been put on the map by our world-class achievements.

Despite that, however, some people still seem clueless about our exact location.

Sadly, even National Geographic United Kingdom (Nat Geo UK) isn’t immune from this mix-up, as one of their Facebook posts says Gardens By The Bay is in “Singapore, Malaysia”. Not surprisingly, netizens responded by trolling the account with mislabelled locations of their own.

Nat Geo posts Gardens By The Bay photo on Facebook

The glaring error appeared in a Facebook post made by Nat Geo UK on Saturday (27 Aug) afternoon.

They attached a photo of Singapore’s Gardens By The Bay that included the very recognisable SuperTrees and OCBC Skyway, plus a family taking photos. So far so good, until you notice that its caption reads,

From the Archive: A family from India walks through the Gardens By The Bay in Singapore, Malaysia.

Gardens By The Bay not in Malaysia

Of course, any Singaporean or Malaysian with a basic grasp of reality knows that Gardens By The Bay isn’t in Malaysia.

For that matter, neither is Singapore — we left Malaysia 57 years ago.

While we might be used to ordinary non-Singaporeans not knowing this fact, what made the mistake worse was that it was posted by Nat Geo.

Most people would think that the organisation should know quite a bit about geography.

Naturally, netizens were amazed at the error — the post has received 5,400 shares as of Saturday night.

It also drew 2,200 comments, some of which pointed out the irony of Nat Geo making a “geography fail”.

Many others trolled the account by adding their own photos and mislabelling them in the same fashion.

For example, one commenter decided to give Nat Geo UK a taste of their own medicine by indicating that Stonehenge, a well-known UK attraction, is actually in Singapore.

Another netizen asserted that London’s Big Ben was in New York.

Tower Bridge, another iconic London landmark, was somehow deemed to be in Moscow, as well as Africa (not the correct continent).

Soon, Malaysia’s GSC cinema chain jumped on the bandwagon Marvel-style, claiming that one of their IMAX theatres was made with Vibranium and Wakanda was actually in Johor Bahru.

Tourism Malaysia, perhaps fearful that people would head to Singapore thinking they were going to Malaysia, very seriously informed Nat Geo that their photo was taken in Singapore. They also helpfully added a photo of the Petronas Twin Towers in Kuala Lumpur. 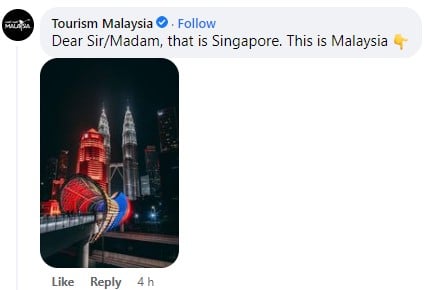 MGAG simply pointed out that Nat Geo UK wasn’t wrong — if they had made that post more than 50 years ago.

Strangely enough, despite the post going viral, Nat Geo UK hasn’t amended the post nor responded to comments yet as of Sunday morning.

This isn’t the first time somebody has been trolled online for getting basic facts about Singapore wrong.

In Jun 2021, an American man posted a picture of the Marina Bay Sands claiming it’s in Tennessee, USA, prompting a flood of comments that assigned American names to quintessentially Singaporean things.

Netizens again commented with mislabelled photos of both foreign and local landmarks.

However, unlike the abovementioned incidents, it’s unlikely that Nat Geo UK’s post was made in jest, considering what the organisation is known for.

They should know better

Most Singaporeans are resigned to foreigners being ignorant of our country’s location. After all, even during the Trump-Kim Summit in 2018, reputed news organisations got basic facts about Singapore wrong.

However, we would still be incredulous when the mistake is made by an organisation that should know better.

We certainly hope no one who saw the post will think Gardens By The Bay is really in Malaysia.

It remains to be seen whether Nat Geo UK will amend the post and respond to the error or not.