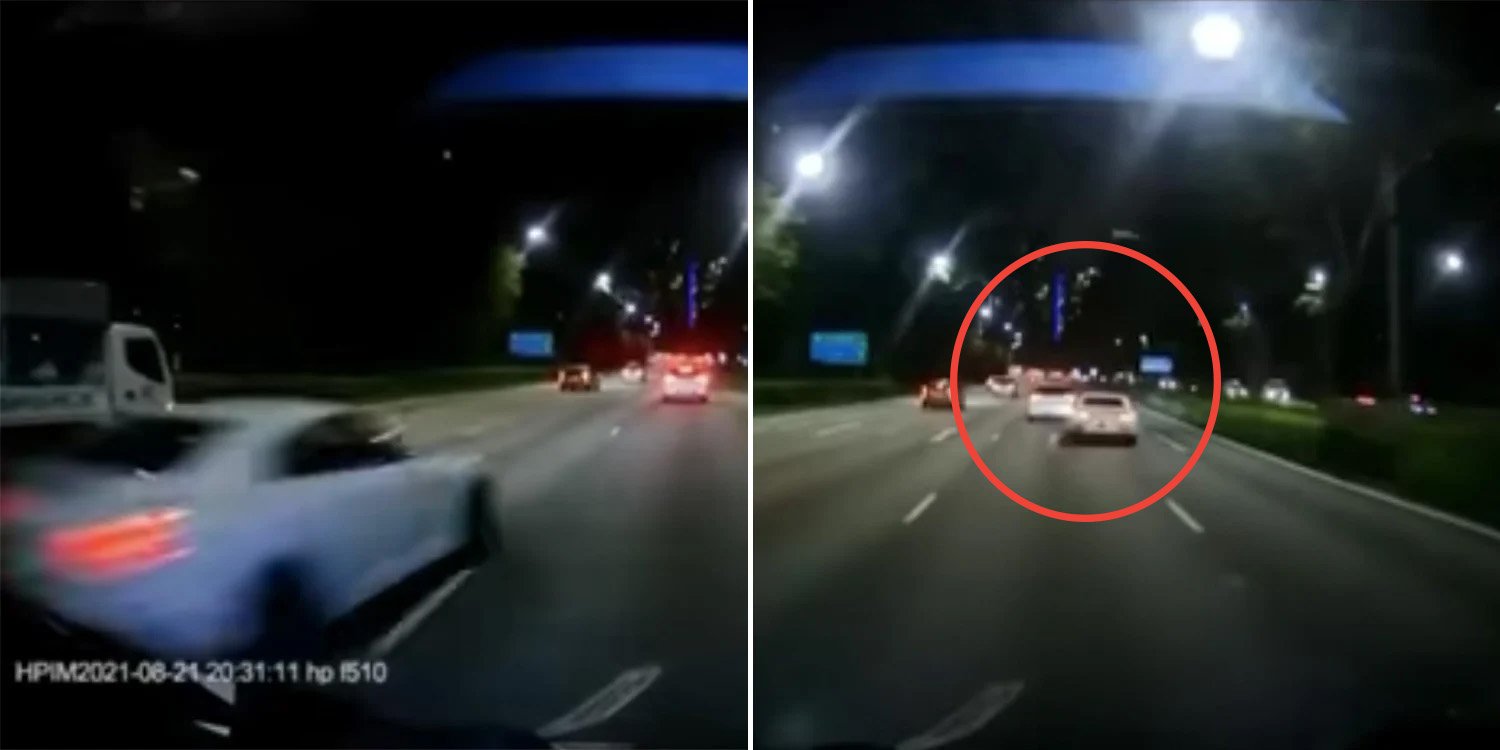 Due to the higher speed limit on expressways, road users often drive faster. However, exceeding the speed limit and driving in a reckless manner would put the lives of yourself and others at risk.

Though no accidents were reported, the driver’s reckless actions sparked worry among many netizens. They urged authorities to take action to prevent the driver from speeding again.

According to the Facebook post on SG Road Vigilante, a white Nissan GTR was seen speeding along CTE. The incident took place at night around 8.31pm on Saturday (21 Aug).

The white Nissan dangerously cut into the lane of the cam car driver. Before moving into the fast lane, it came rather close to another white car ahead of it on the second lane.

Another black car was seen driving at a similar speed behind the white Nissan and following it closely on the fast lane.

Though it is unsure as to whether the 2 cars were racing, the speed they were travelling at sparked major concerns among those watching the footage.

Many netizens have since commented on the post and urged authorities to take action.

They hoped that such drivers would be banned from the road for endangering the lives of others.

Others were also worried for the safety of the other road users, especially for those with children or elderly on board.

Those convicted of speeding more than once may be jailed for up to 6 months or fined up to $2,000.

Adhere to the speed limit at all times

Although it seems that nothing untoward had taken place, blatant disregard for the rules is still extremely dangerous for other road users.

We hope that authorities would investigate and take prompt action to prevent the driver – and other motorists – from repeating the mistake.

Safety is always important, especially on the road where accidents can often result in serious injuries or even fatalities. Hence, do remember to adhere to the rules when driving on the road for the safety of yourself and others around you.