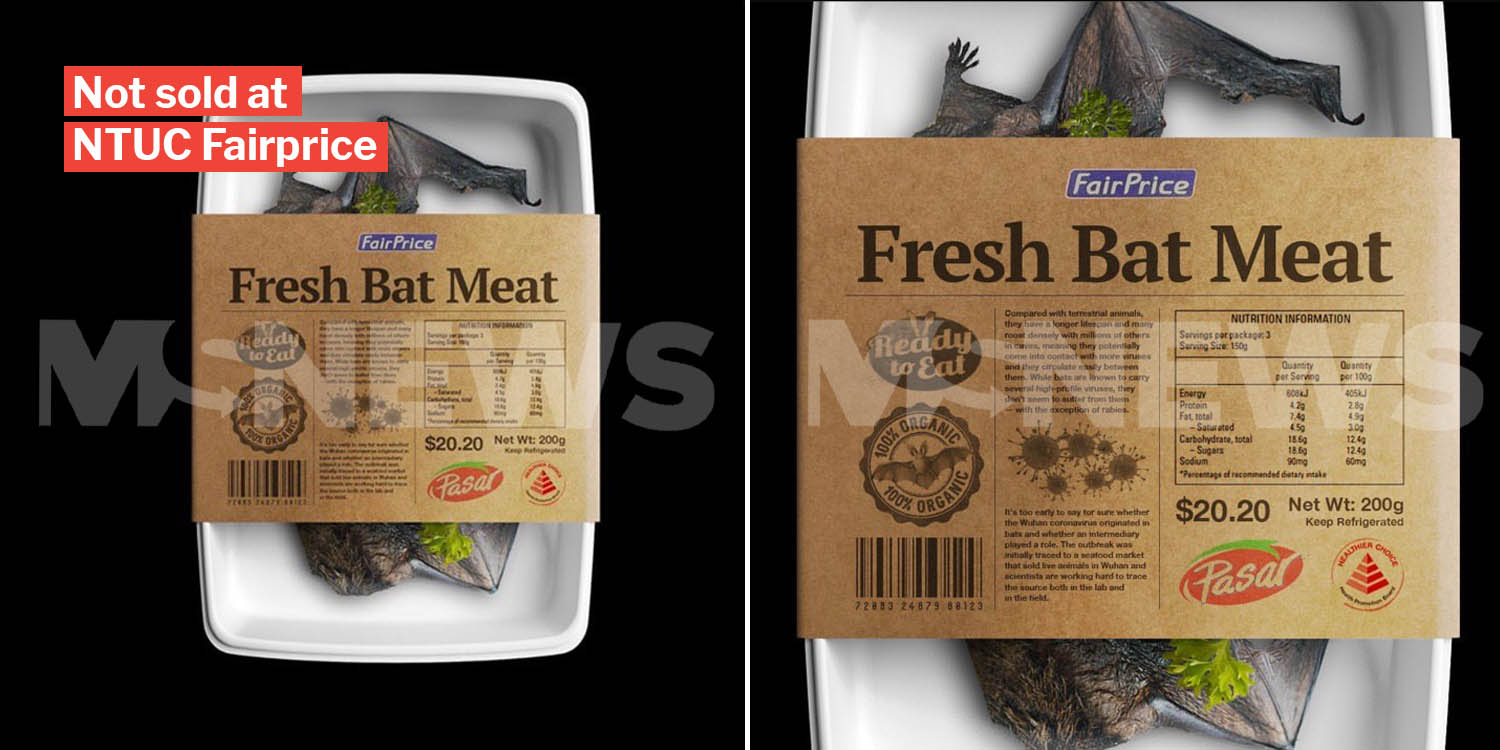 As the novel coronavirus continues to trend worldwide, social media pages have leveraged on the occasions and posted memes relating to the outbreak.

Here’s one, from the folks over at Wake Up, Singapore: While most sparked raucous laughter from netizens, one Singapore Instagrammer got a generous share of flak for a ‘fake’ bat meat photo he shared on Thursday (6 Feb). 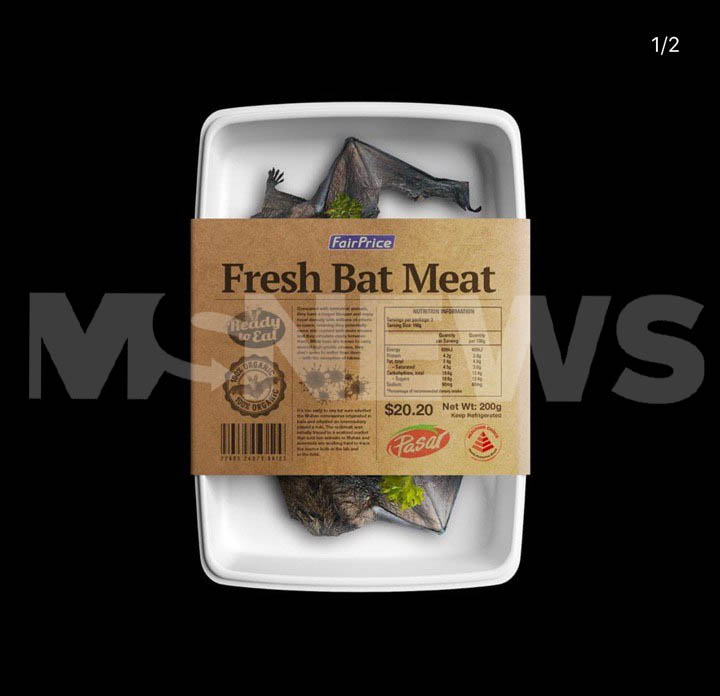 Here’s more on what we know about the incident.

The edited photo shows what appears to be a dead bat packaged in a styrofoam box, similar to those found in the frozen section of supermarkets.

It even has the iconic Pasar logo – synonymous with fresh produces sold in NTUC – printed on the label. 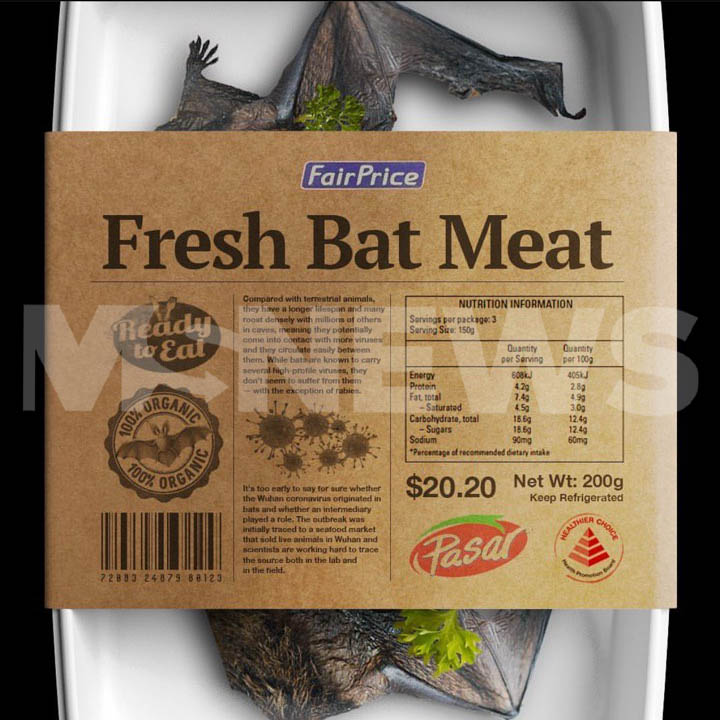 The edited photo also came with a brief description that explains why bats come into a multitude of viruses during the lifetimes, and how it is possibly linked to the Wuhan coronavirus.

There’s a “healthier choice” symbol printed on the label as well.

This is ironic since some believe that bat meat soup consumed in China was the cause of the coronavirus, although it has not been proven.

Within hours, NTUC FairPrice took to Facebook, criticising the doctored image and calling it “especially insensitive”.

It’s understandable that NTUC FairPrice wasn’t pleased about the jarring images, given how they were involuntarily involved in the edited image.

After all, the pictures are incredibly life-like and have NTUC Fairprice’s logo emblazoning the packet.

Some people were probably confused as to whether the images were real or edited, pushing NTUC to clarify that they were not on Facebook.

Good intentions were not communicated effectively

Although the images contain educational value and could have been created with good intentions, they shocked many and definitely caused unrest among NTUC’s consumers.

If the images weren’t so shocking, we think they could’ve done some good in clearing up misunderstandings about bats and the coronavirus.

Kudos to the creator’s digital art skills, though — it’s not easy to make something look so life-like.

Next time he attempts something like this, perhaps it would be wiser to not implicate a legitmate brand in Singapore.