The Online Citizen decides to keep the article online.

The Online Citizen’s Chief Editor has written that he fears a possible lawsuit with Prime Minister Lee Hsien Loong (PM Lee), regarding an article written about a post that his wife reshared on Facebook. 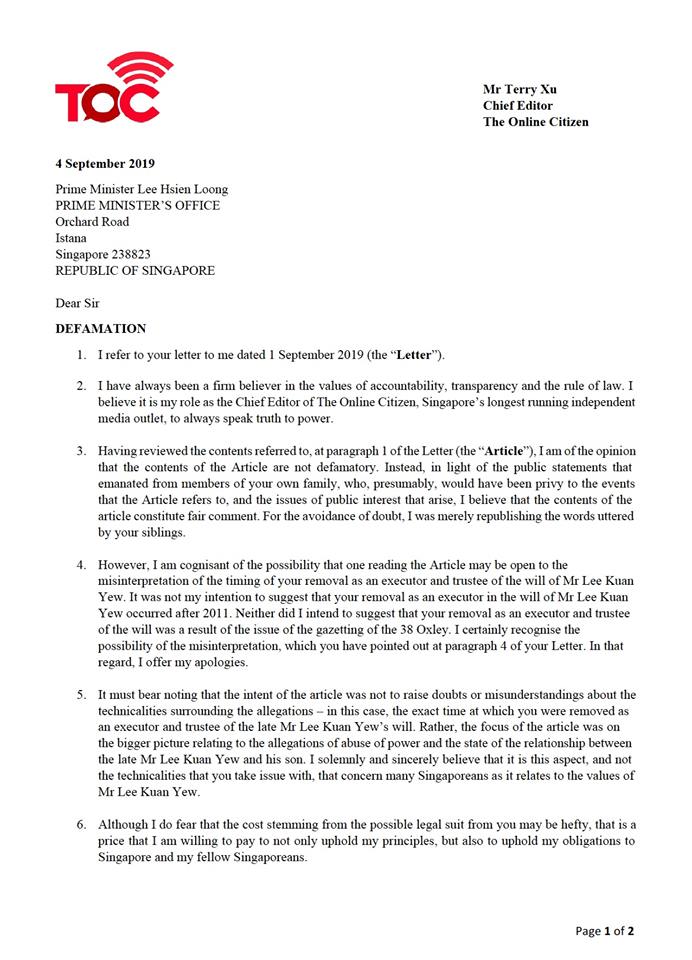 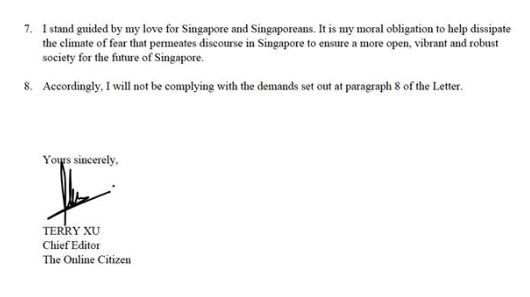 In short, Mr Xu states that he’ll be willing to bear legal fees necessary to “uphold his principles” and “obligations to Singapore”, if it comes down to a lawsuit with PM Lee.

We summarise the events leading up to the possibly unfolding lawsuit below.

On Wednesday (14 Aug), at around 11pm, Ms Ho Ching shared an article titled, “Here’s Why Sometimes It Is Okay To Cut Ties With Toxic Family Members”, with no accompanying caption.

The post received 90 likes and 57 shares on her social media feed. 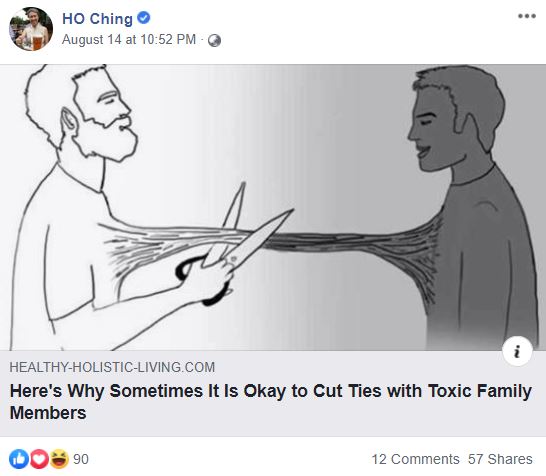 Strangely, the link now takes you to a search bar on the original page. This could be because the article has been updated with a new headline, or possibly removed.

A quick Google search on the cover image, reveals a similar picture, headline and article hosted on another website. 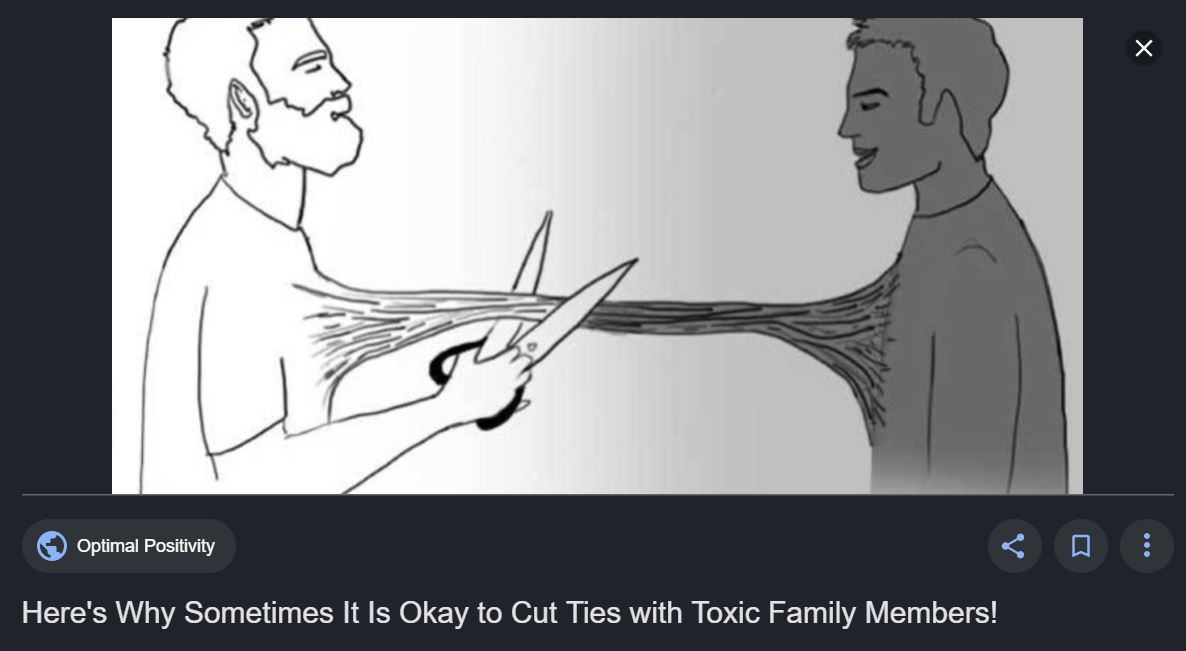 This article talks about the 7 traits of “toxic family members” – selfishness, inconsistency, judgmental, negativity included – which signal when it could be time to distance yourself from them.

Of course, this may not be the exact article that was shared by Ms Ho Ching, since the original link now leads to nowhere concrete.

What was TOC’s article about?

On 15 Aug, a day after the Facebook post, The Online Citizen published an article about PM Lee’s wife, Ho Ching. Ideas regarding possible reasons why Ms Ho Ching decided to share this post were explored — the writer shared how the timing of the post was ironic, “interesting and amusing” in light of the Lee family dispute in 2017.

The article then outlines the entire timeline of events leading up to the public fall out between the Lee siblings, Mr Lee Hsien Yang and Dr Lee Wei Ling.

Finally concluding that the “family drama” and “bad relationships” could raise questions if Ms Ho Ching’s Facebook post could have “any hidden meaning to it”.

TOC given 3 days to take down article

This article was labelled “scurrilous” and “defamatory” in PM Lee’s legal letter, and Terry Xu, Chief Editor of The Online Citizen was told to take it down or face legal action. 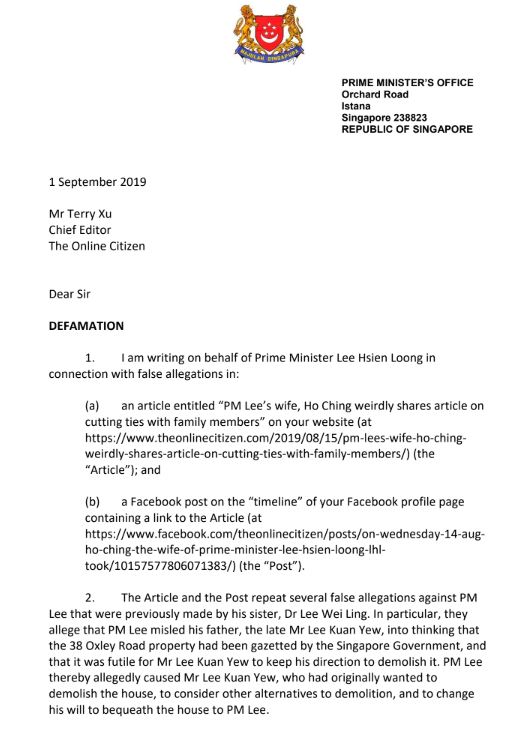 PM Lee’s legal letter asserted that “several false allegations against PM Lee” made by his sister, Dr Lee Wei Ling, were carried & repeated within the article. 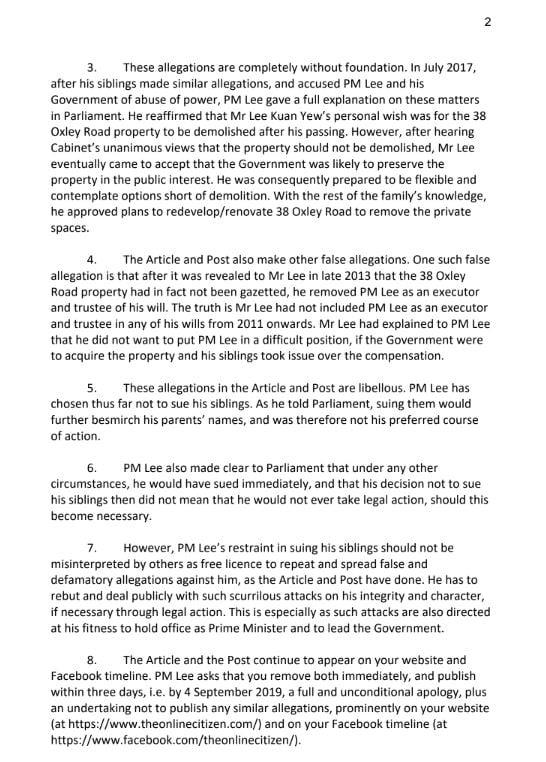 Calling the allegations “libellous”, the letter reiterated that PM Lee has “chosen thus far not to sue his siblings“.

According to the letter, PM Lee’s restraint should not be misinterpreted as “free licence” to “repeat and spread false…allegations against him”.

Any further “scurrilous attacks” made on his “integrity and character” will be dealt with through legal action, as they impact his “fitness to hold office” and lead Singapore’s Government. 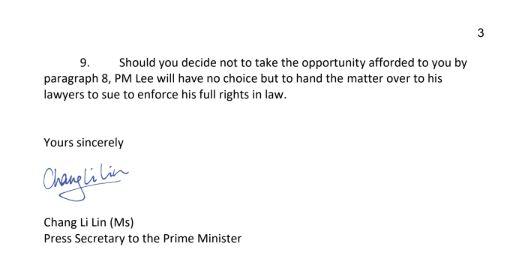 After the 3-day deadline was up, TOC issued a response to PM Lee’s legal letter — Mr Terry Xu wasn’t going to take down the article, or make a public apology.

In Mr Xu’s own words,

I stand guided by my love for Singapore and Singaporeans.

He also writes that he wishes to “dissipate the climate of fear” in Singapore when it comes to “open discourse” for a “vibrant and robust” society.

This dispute sparked from a seemingly innocuous Facebook post seems to be developing into a wider debate about press freedom, maintaining a degree of respect for our leaders, and avoiding the spread of “defamatory” allegations in our articles.

Do you think Mr Terry Xu made the right decision in standing by his beliefs? Or is the post truly defamatory to PM Lee and should be taken down immediately?