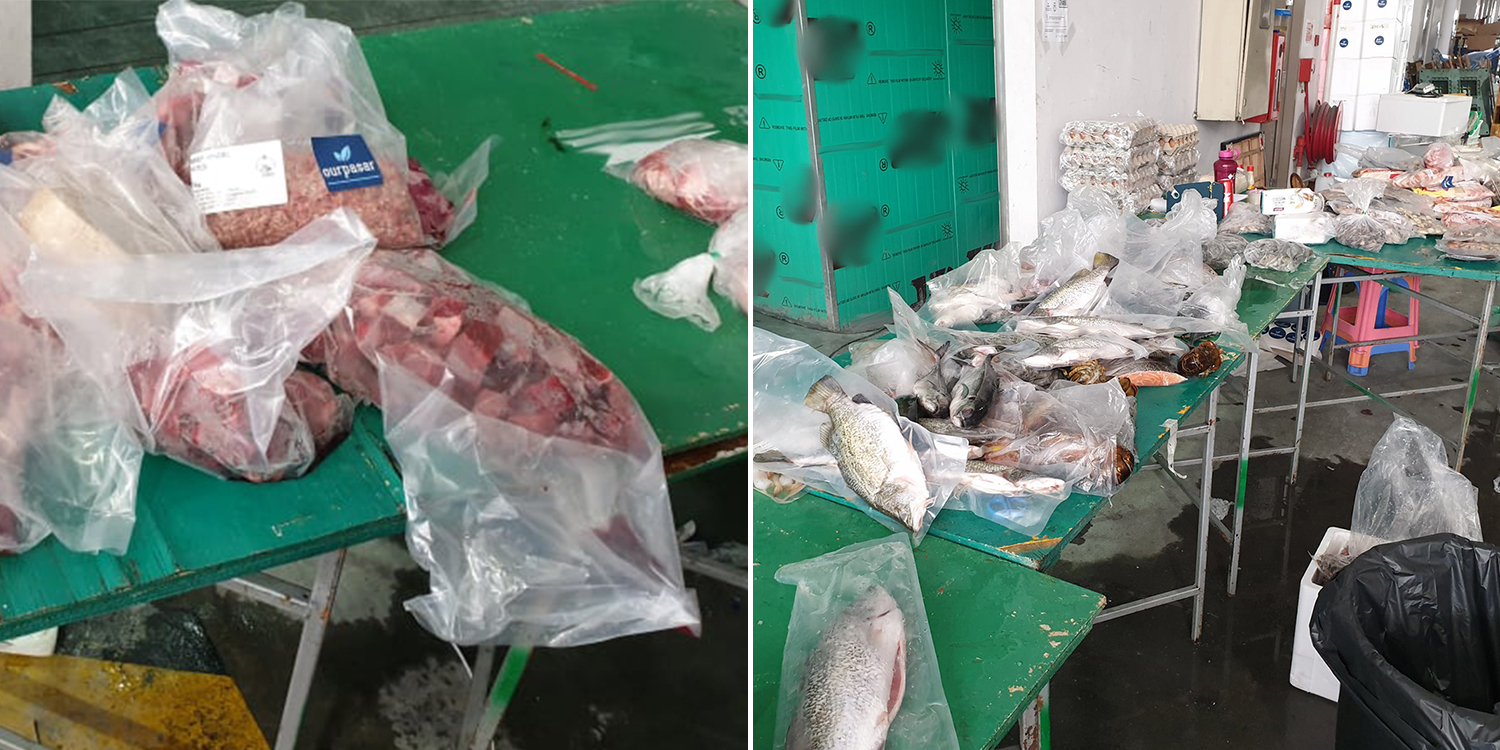 When buying fresh products from a grocery store, we expect them to be well-kept and safe for consumption.

On Monday (8 Sep), however, the Singapore Food Agency (SFA) reported that an online grocer called OurPasar Essentials Pte Ltd was fined $11,000 for improper storage of their raw meat and seafood.

Their managing director, Muhammad Shafizan bin Saikh Abdul Kader, was also fined $9,000 for letting this happen under his watch.

Raw meat & seafood left outside by online grocer without refrigeration

According to a press release by SFA on Wednesday (8 Sep), OurPasar Essentials Pte Ltd was fined $11,000 for storing meat and seafood in an unlicensed cold store and for storing raw meat for sale without a chiller.

This was first discovered on 9 Feb by several SFA officers. The staff were reportedly caught handling packets of raw meat and seafood laid out on the tables without any refrigeration. 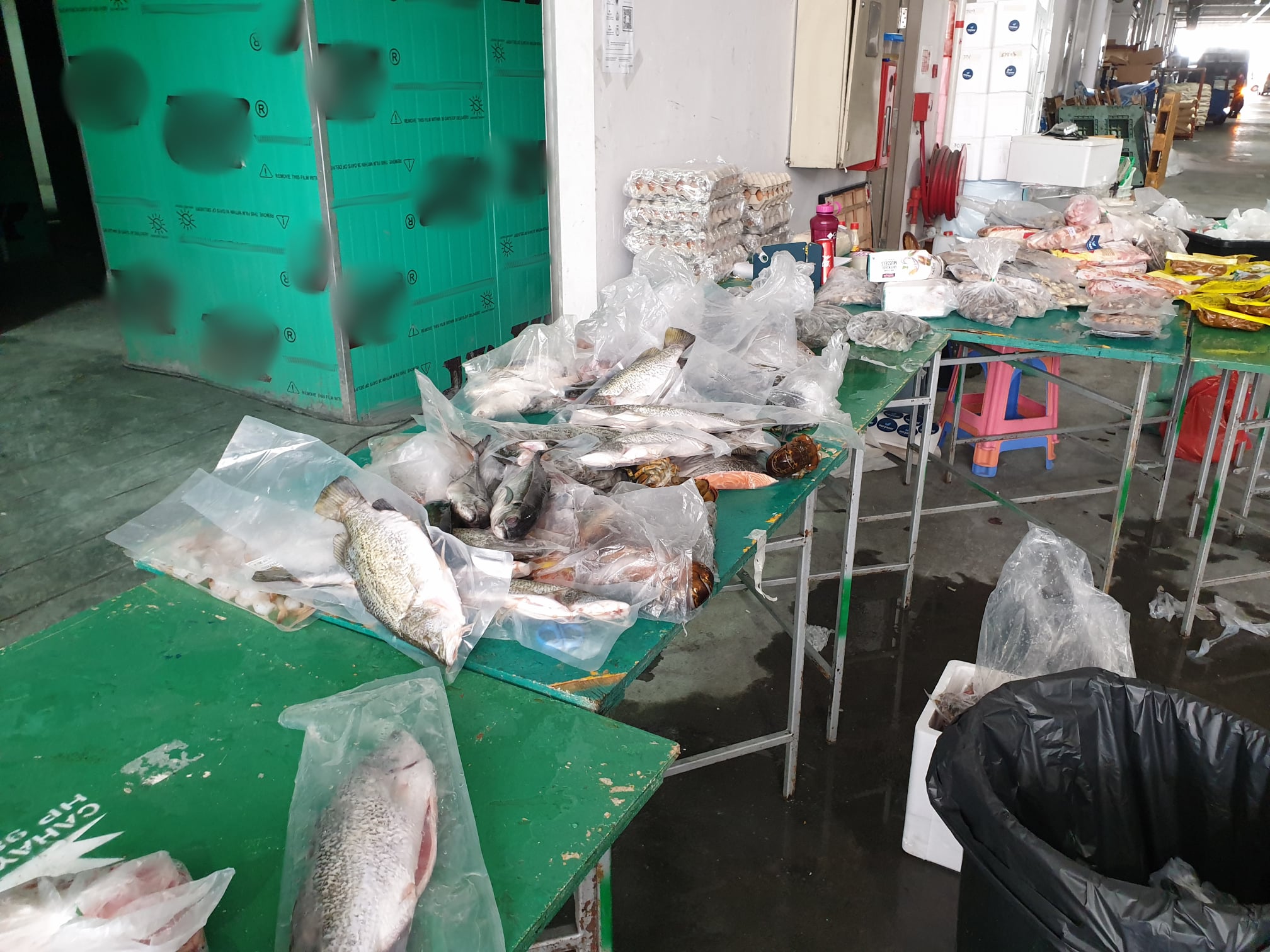 The raw items were then left in the open along the driveway outside the premises. 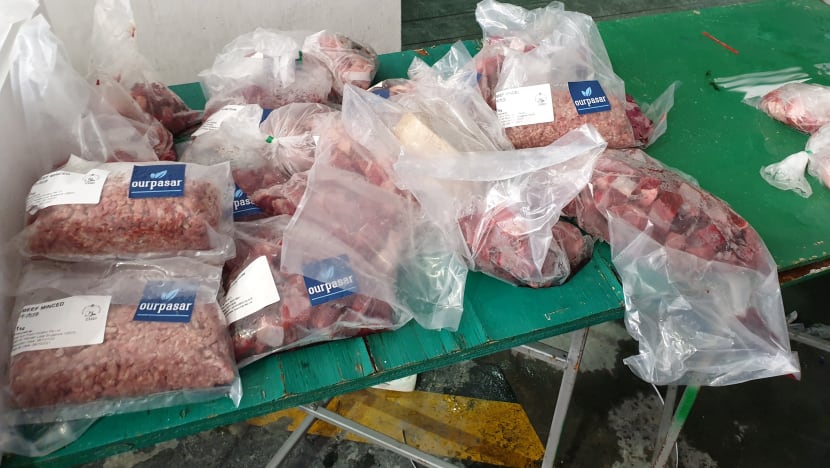 SFA also found out OurPasar Essentials Pte Ltd was storing their raw meat and seafood in an unlicensed cold store.

The company at that time was still waiting for its licence to be approved by the authorities.

Under the Sale of Food Act and the Wholesome Meat and Fish Act, cold stores for meat and seafood products must only be operated with a valid licence.

However, since the storage used had no valid licence, it was not routinely inspected by SFA. Hence, all foods stored inside had to be disposed of due to food safety concerns.

As a result, 312kg of illegally stored meat and seafood were seized while 125kg of unrefrigerated raw beef and chicken had to be seized and disposed of immediately.

The managing director, Muhammad, was also fined $9,000 as he did not put a stop to the offences being committed.

Food safety is of utmost importance as any consumption of contaminated food can make us very ill. Additionally, OurPasar Essentials Pte Ltd’s actions have resulted in a huge amount of food wastage due to safety risks.

Kudos to SFA for clamping down on food companies that pose a safety risk to members of the public.

Hopefully, OurPasar Essentials Pte Ltd will learn from their mistakes and ensure all of their products are of top quality and are safe for consumption.