Since the very first Singapore-born panda cub came into this world 1 month ago, locals have been hanging onto very update on its growth.

Probably knowing this, Wildlife Reserves Singapore (WRS) has conducted an important milestone for the young one: His first weigh-in. 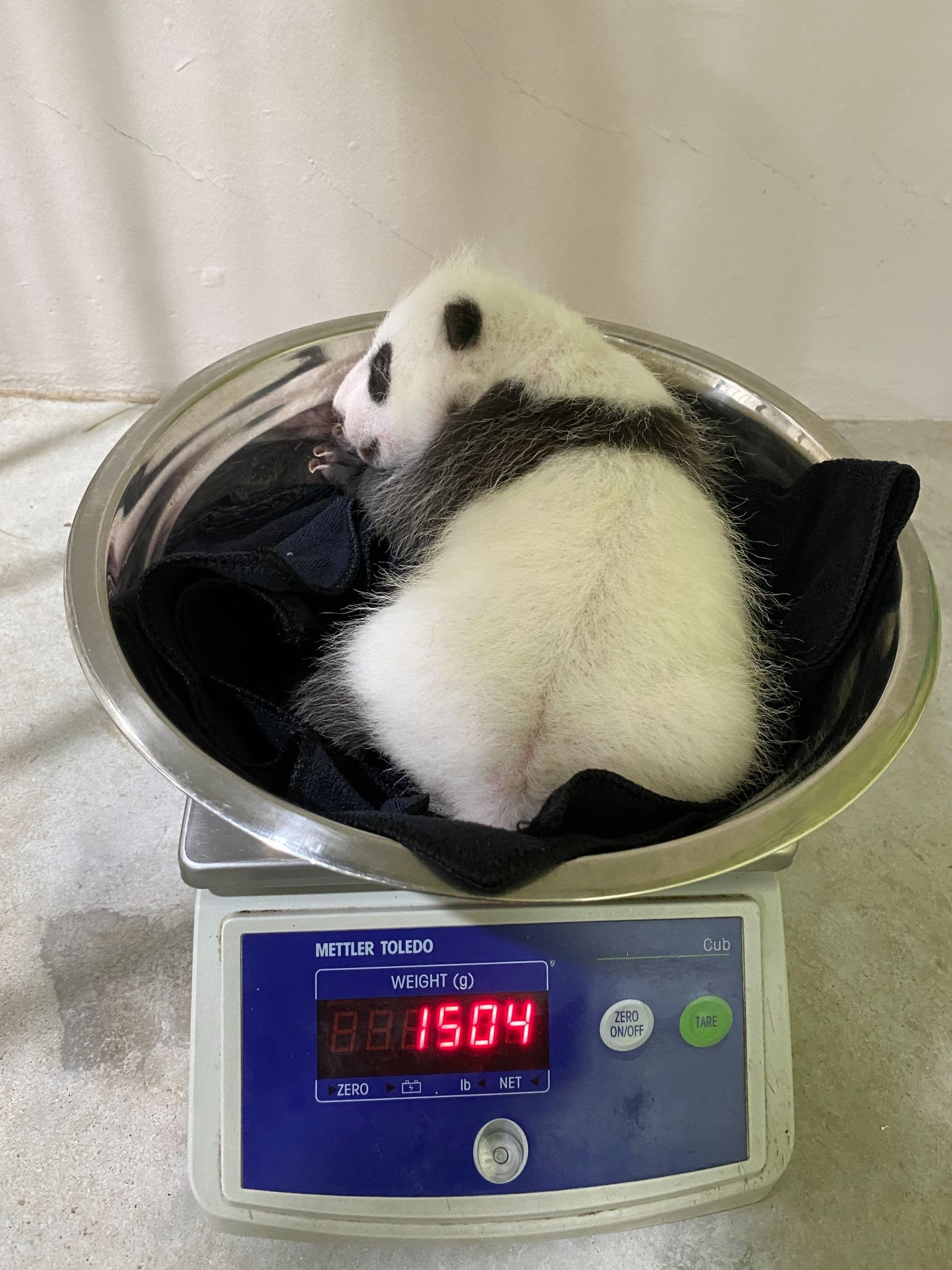 WRS credited his healthy growth to the parenting skills of his mother, Jia Jia.

Weight taken while Jia Jia was having breakfast

According to a WRS media release sent to MS News, the weigh-in was conducted on Wednesday (15 Sep) morning.

The cub’s mother, Jia Jia, is such a hands-on mum that she even skips meals to care for her boy. 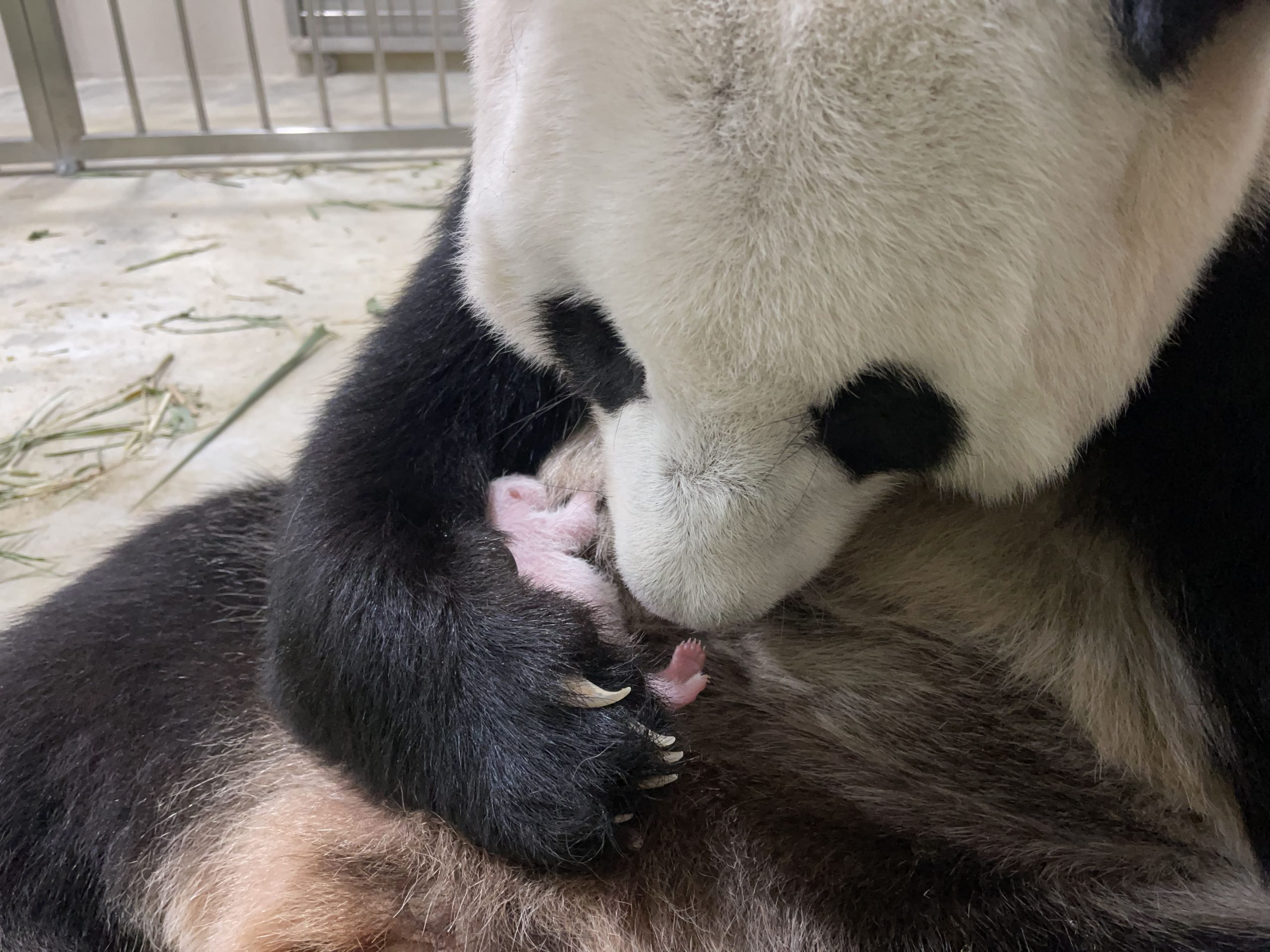 But this time, she had breakfast in her maternity ward, leaving him on his own for just a moment.

So the panda care team quickly took the opportunity to do a weigh-in for the cub. 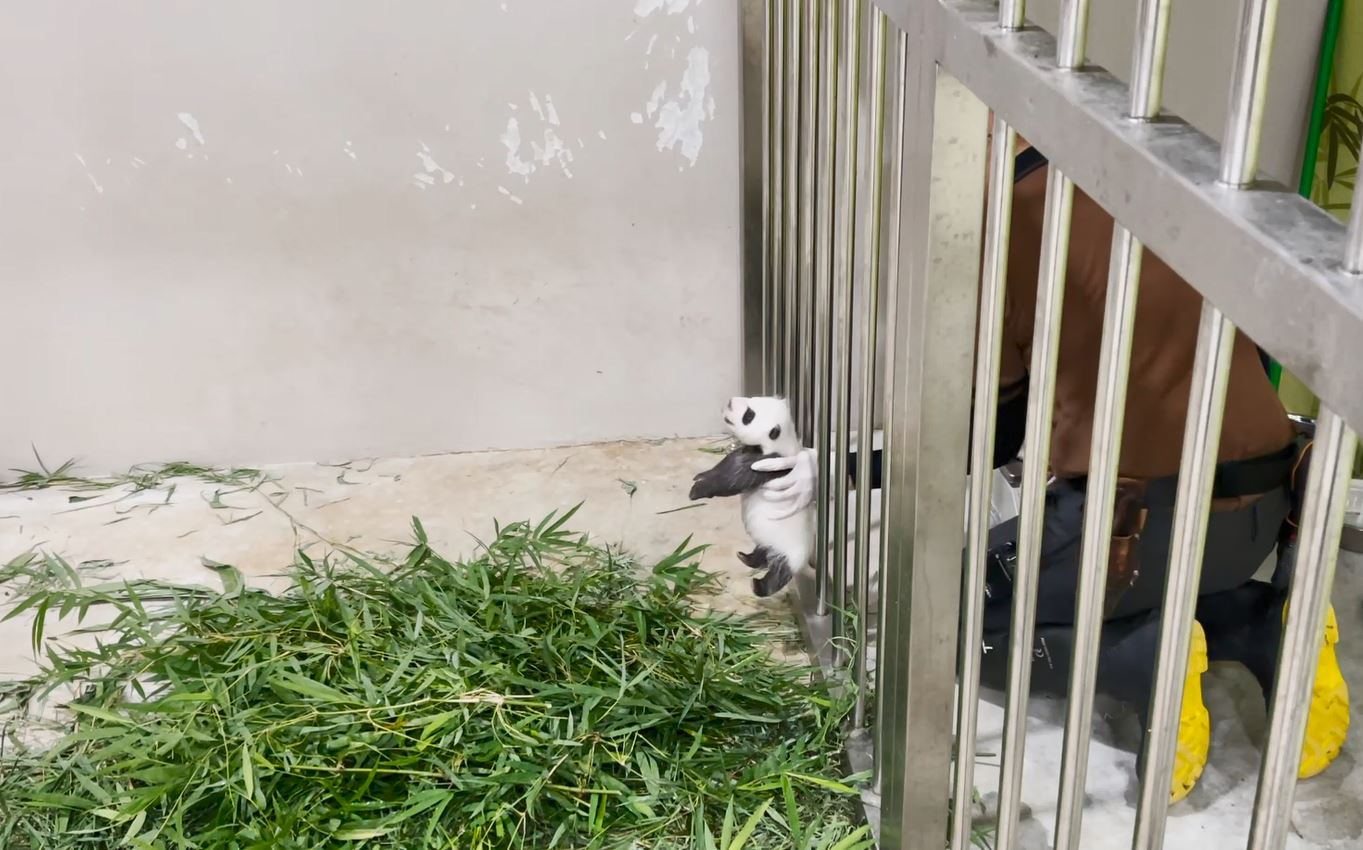 At that time, he was estimated to be just 200g, WRS said.

WRS credited Jia Jia’s wonderful maternal skills for the cub’s growth, describing her as a “supermom”.

Besides skipping meals to care for him, Jia Jia’s love for her son can be seen in how she apparently sighs whenever the boy cries, but would always wake up and tend to it.

After all, being her firstborn, she would be very mindful of her cub, picking him up and nursing him whenever he calls for her.

Kai Kai picks up the slack

While Jia Jia is a caring mother, first-time father Kai Kai picks up the slack by entertaining visitors while his family rests behind the scenes.

Last week, he even took part in a gender reveal party for his birthday.

Those eager for panda-related news were surely thrilled at the exciting reveal. 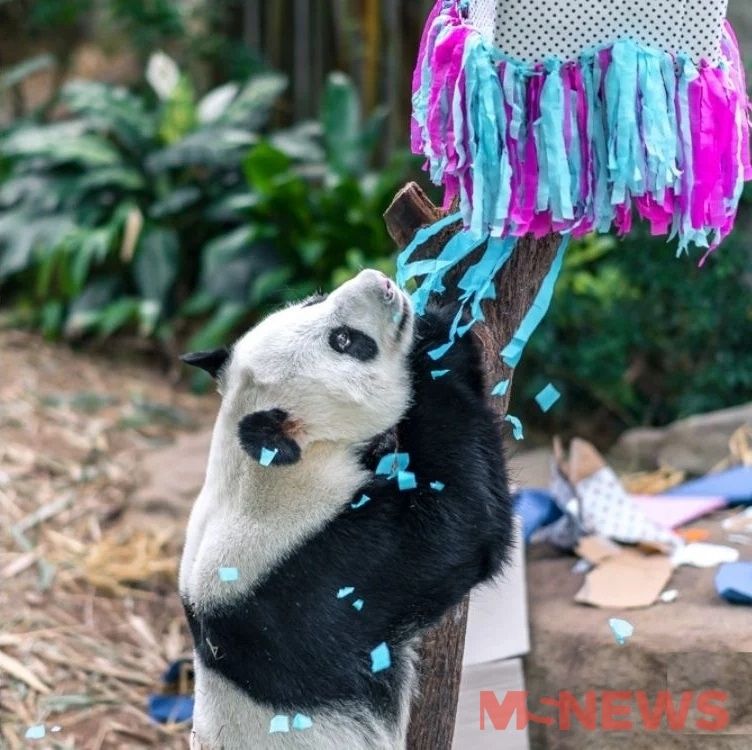 Public eager for every update

Besides its gender, the public is also eager for every update on how much the cub has grown in just about 1 month.

For example, on 31 Aug WRS posted a small detail about faint black markings starting to appear on his body and the Internet accordingly went wild. 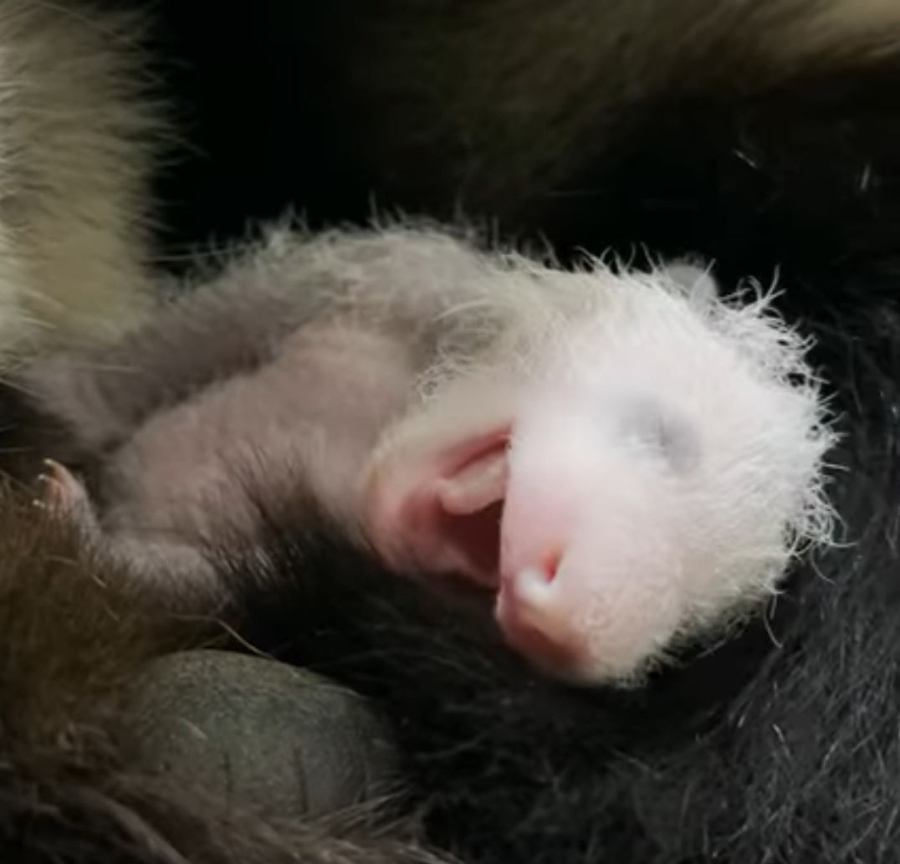 Just about 1.5 weeks later on 10 Sep, Speaker of Parliament Tan Chuan-Jin posted another photo of the cub that showed his black markings already very well-defined. 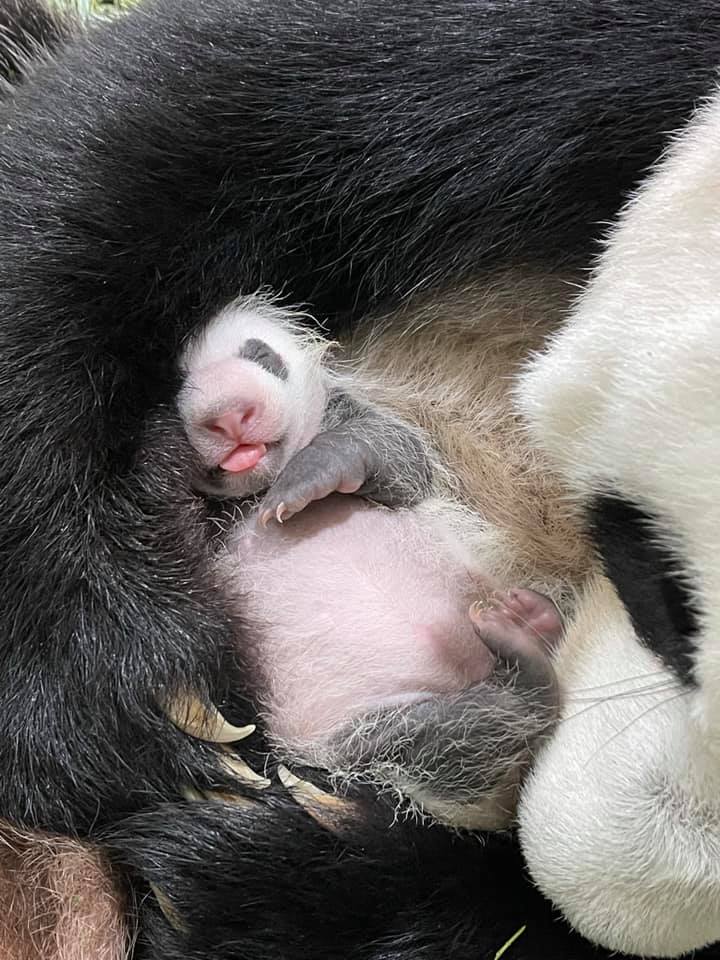 And as we can see from the latest images on Wednesday (15 Sep), he already has a full coating of white-and-black fur.

You might notice the cub has no name as yet, so Mr Tan has invited the public to suggest names for a judging panel led by the Speaker himself, who’s Deputy Chairman of Mandai Park Holdings.

The ideal name should be catchy and easy to remember, but also relevant to Singapore’s heritage and culture. It must also reflect the Singapore-China friendship.

Do if you’ve any good ideas, do send them to WRS here by 19 Sep. 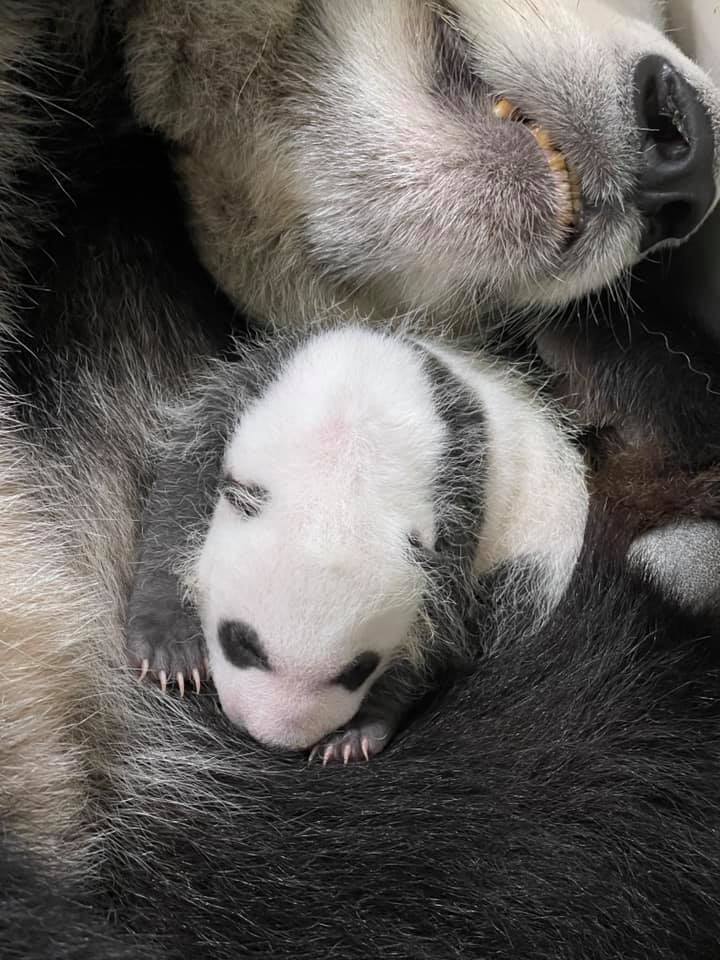 The cub is growing fast, and we can’t wait for him to be displayed to the public.

By then, he should have a good name that’s full of meaning.

We wish the adorable boy a happy 1st month, and may he grow from strength to strength under the watchful eye of his loving parents.