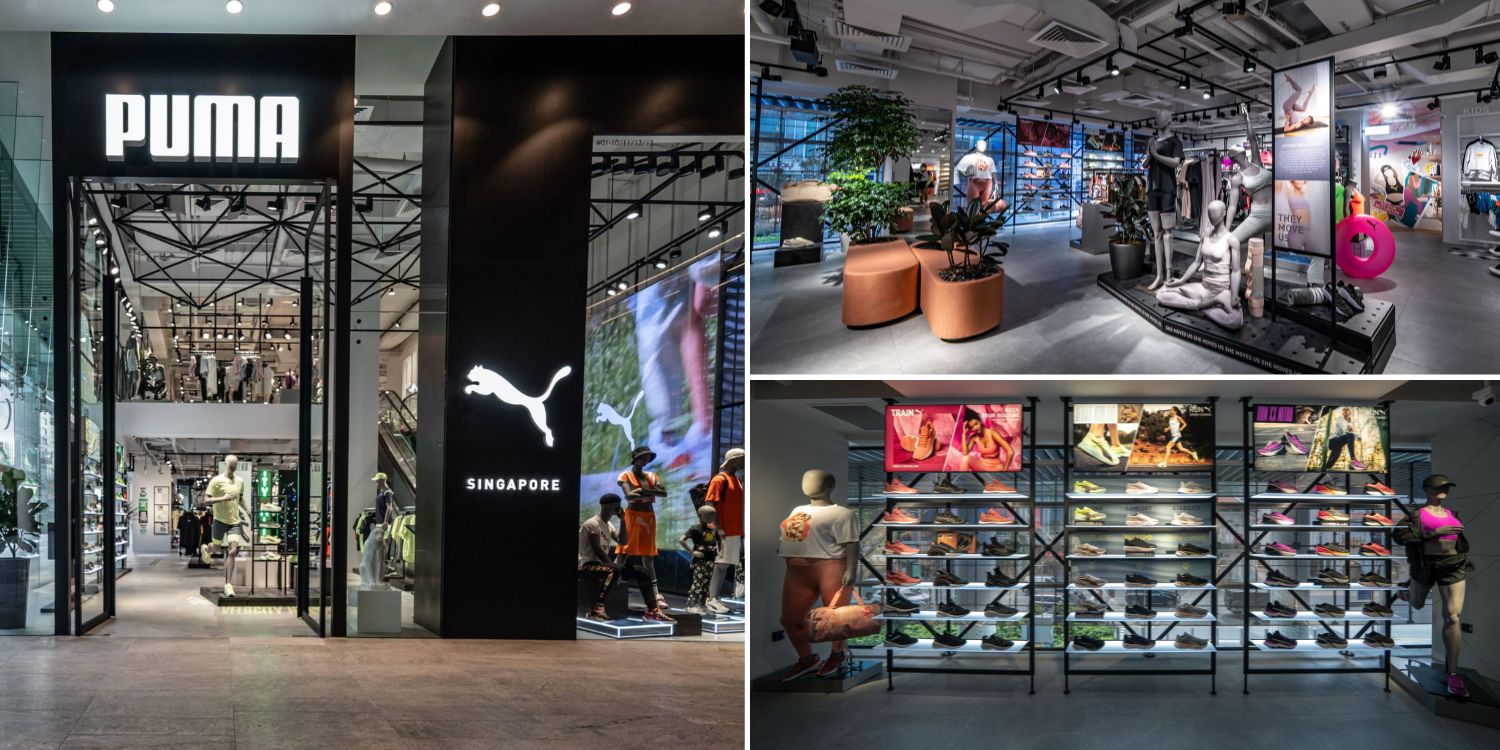 Visitors can customise their own Puma apparel with local and brand-inspired elements.

As one of the most frequented places in Singapore, Orchard Road is home to various attractions that display local culture in all of its colours.

Locals and foreigners flock there for everything from classic street food to live performances and festive decor.

However, Orchard Road is still best known as a retail haven, stemming from the many shopping malls and flagship stores along its 2.5km trail.

Now, it has added yet another jewel to its crown in the form of the first and largest Puma flagship store in not just Singapore but Southeast Asia. 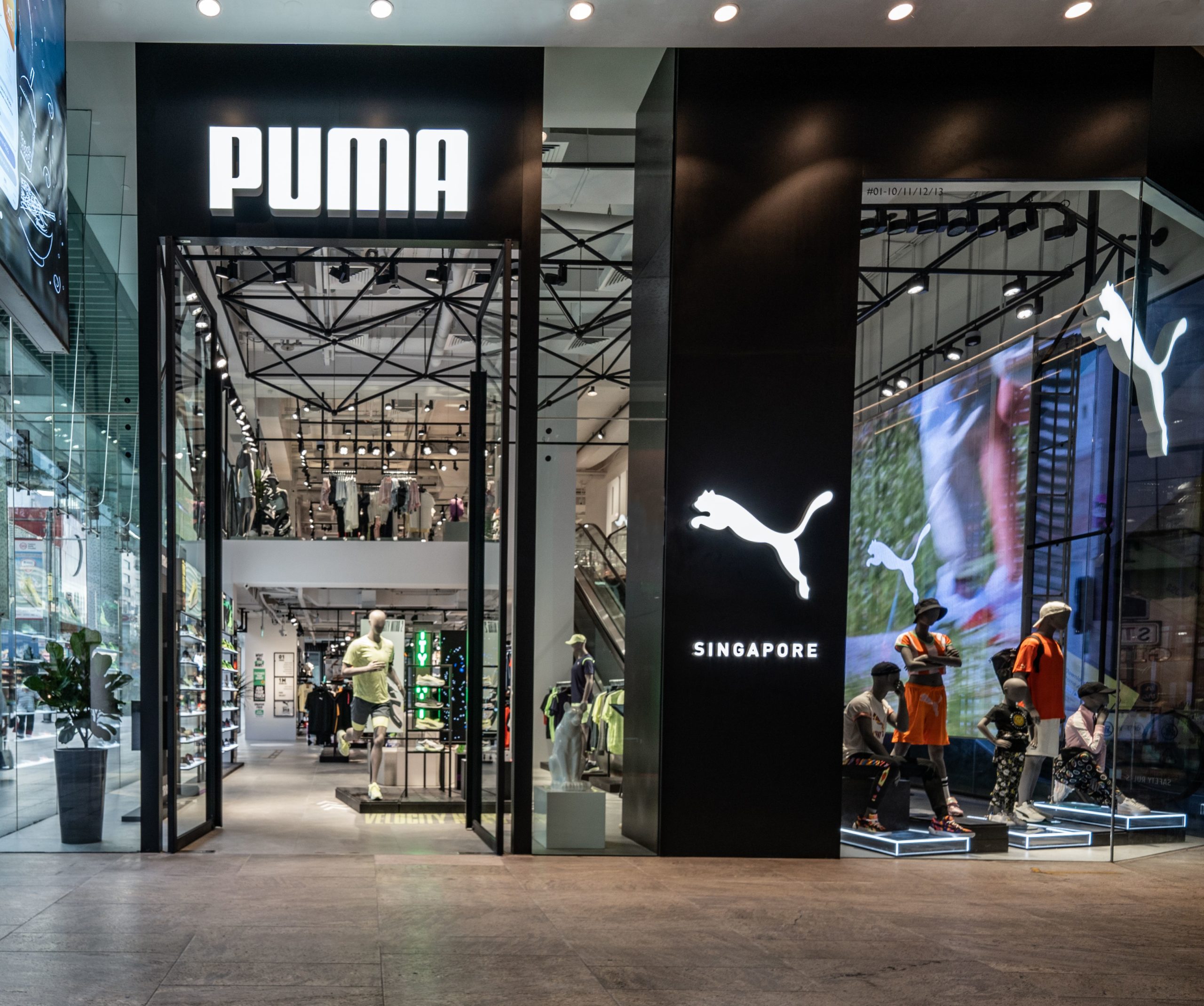 It also holds the honour of being the first street-facing duplex store in the region.

The history-making flagship store by the German sportswear brand opened its doors last Friday (15 Jul) at the 313@somerset shopping mall.

The store’s design is based on the Puma Forever Faster concept, which mirrors the brand’s essence of weaving sports into lifestyle.

Covering a whopping 7,100 sq ft, the flagship store is the first of its kind in Southeast Asia and the biggest by far. 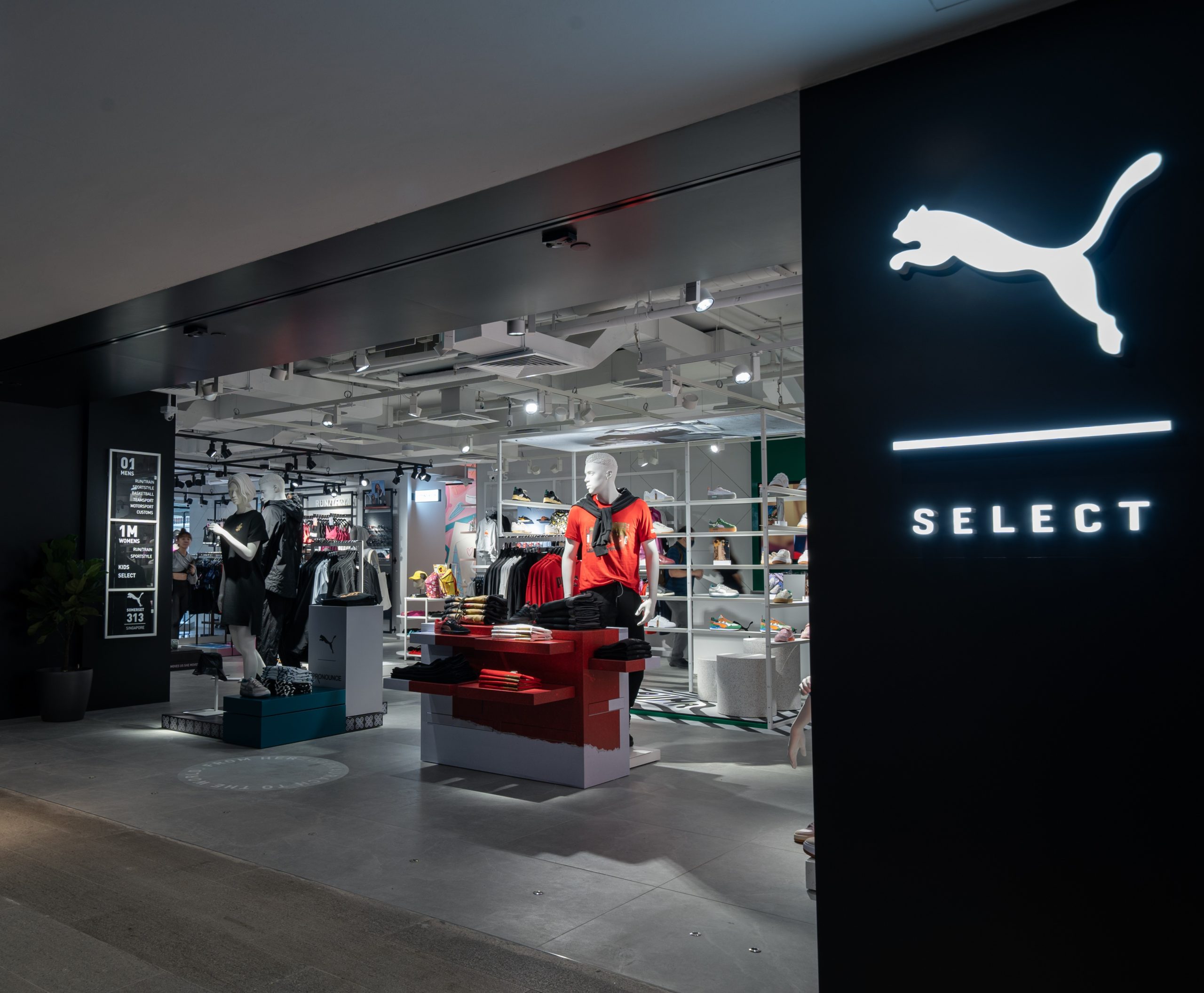 Shoppers can find the full range of Puma’s offerings, including Puma Select, a division that has featured designs from Rihanna and The Weeknd in the past.

The store echoes Singapore’s cultural diversity by featuring exclusive collaborations with local artists, one of whom is Tiffany Lovage.

The illustrator, who was previously tapped by accessory brand Kipling to create a mural at their Jewel Changi Airport space, brought her artistic vision to the store’s women’s fitting room.

The artwork combines her unique interpretation of Puma’s products with a message inspired by the empowerment and life of a busy modern woman. 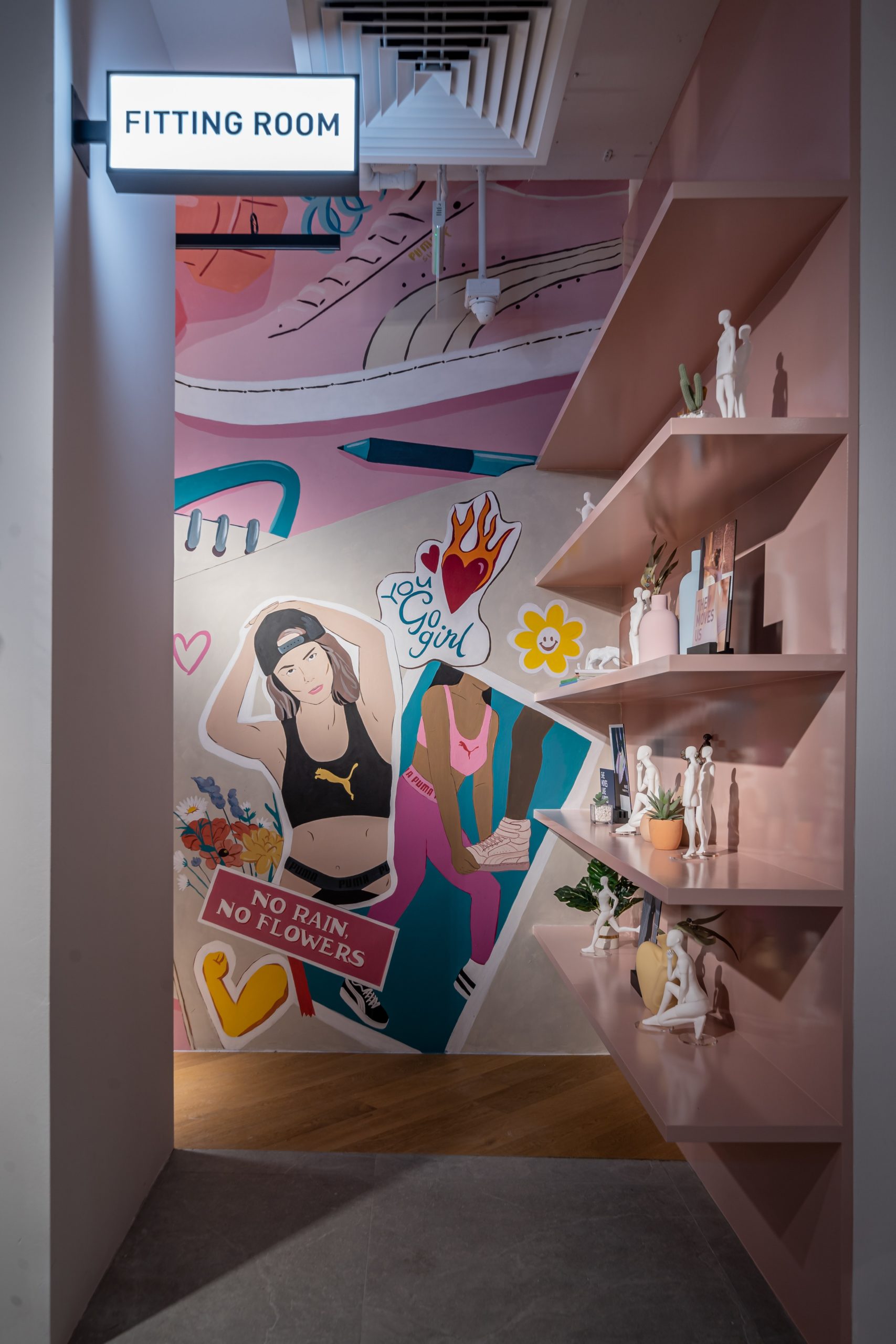 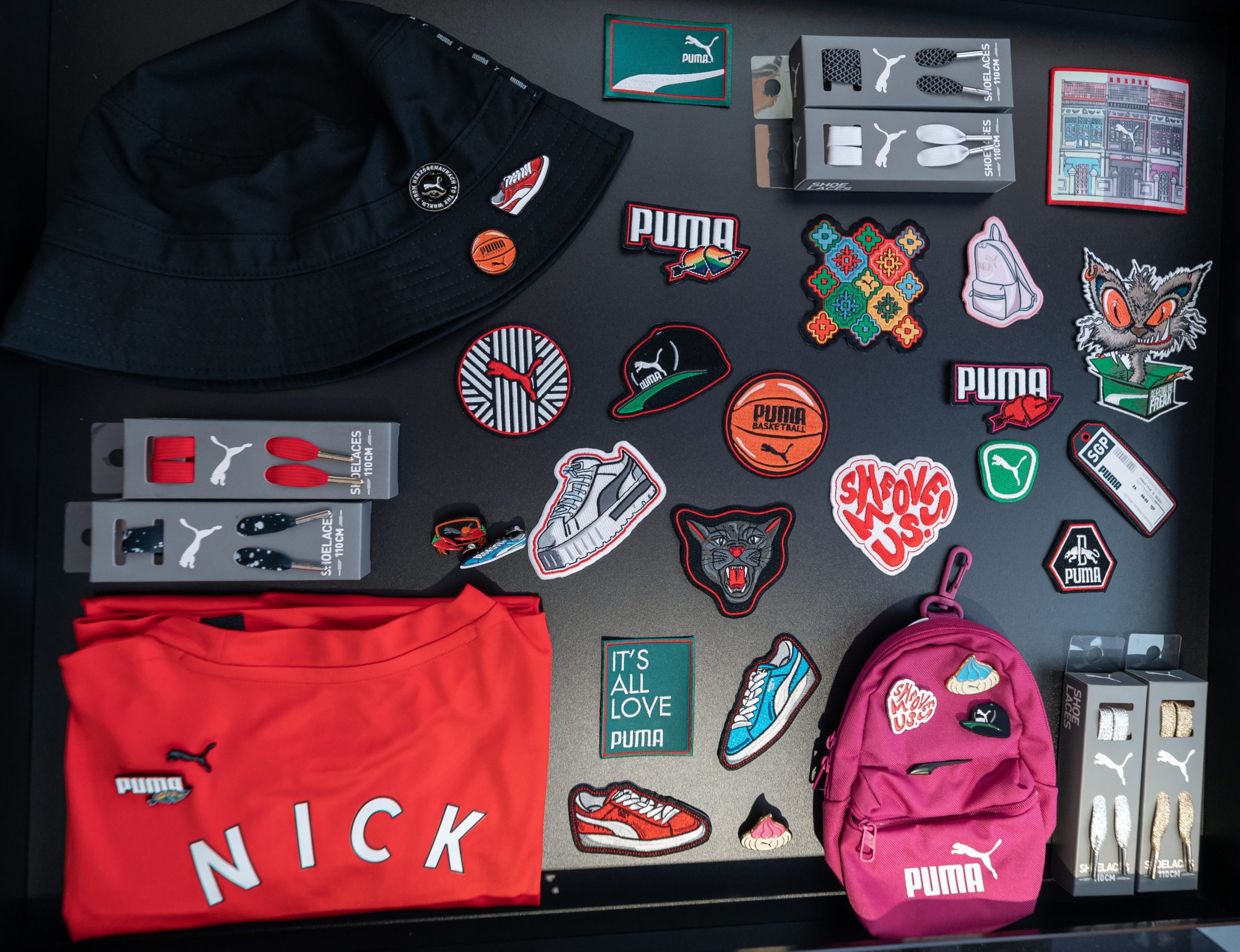 Visitors can also unleash their creative juices via Customs, a customisation area where they can create their own designs with local and Puma-inspired elements.

The store’s interior also displays illustrations of the Singapore city skyline and HDB flats, and more collaborations with local artists will pop up in the coming weeks. 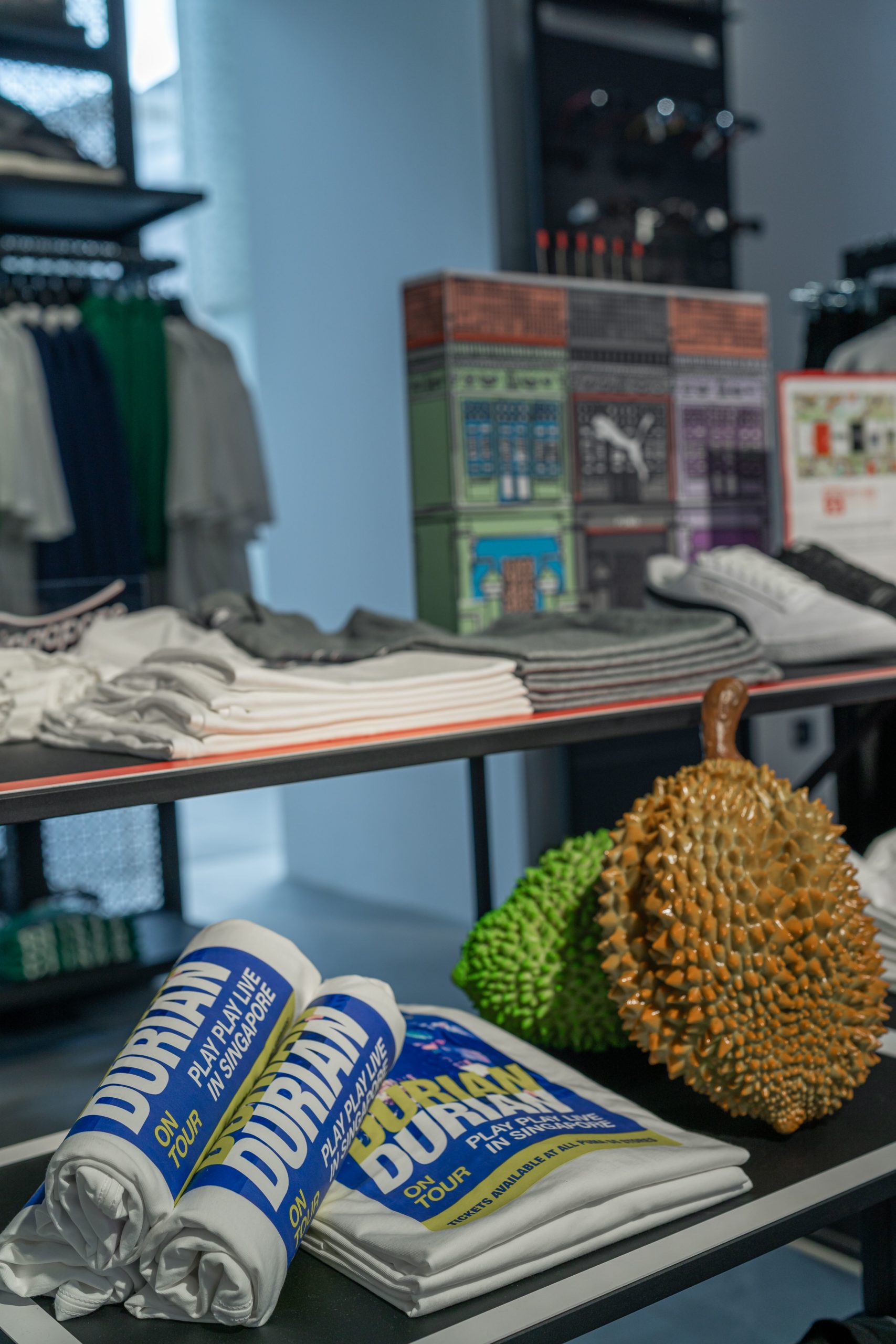 These all tie in with Puma’s #SINGAPUMA social campaign launch, which pays homage to Singapore’s country code by teaming up with 65 inspiring personalities across different fields.

The personalities form the +65 crew that will conduct collaborative workshops at the store and share stories of overcoming boundaries and challenging the status quo.

Something new to see on your next Orchard visit

Even if you don’t consider yourself the most athletic person, the Puma flagship store sounds like it’s worth a visit for its uniquely local design concept alone.

Judging by the pictures, there’ll be plenty of OOTD-worthy spots to fill up your camera roll and Instagram feed.

Here’s hoping we’ll see even more exciting openings along Orchard Road in the near future.