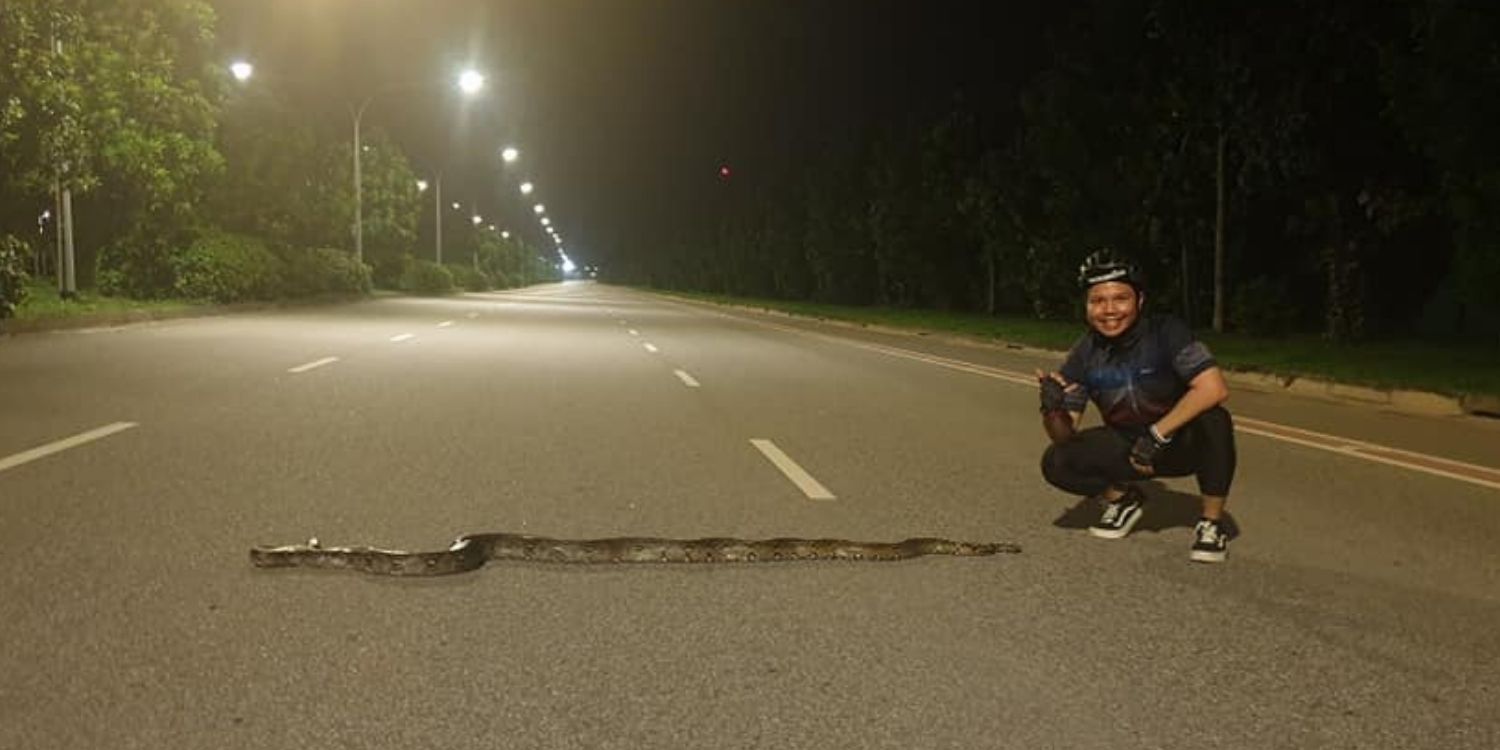 Cyclist Ensures Python Gets Off The Road, Asks Others To Keep An Eye Out

There have been a few sightings of snakes reported around Singapore in the last few months. Thankfully, some of these magnificent reptiles have been rescued.

Recently, another one on Tanah Merah Coast Road needed some help to prevent it from being run over.

A cyclist saw the python just spread out and chilling in the middle of the road at night. 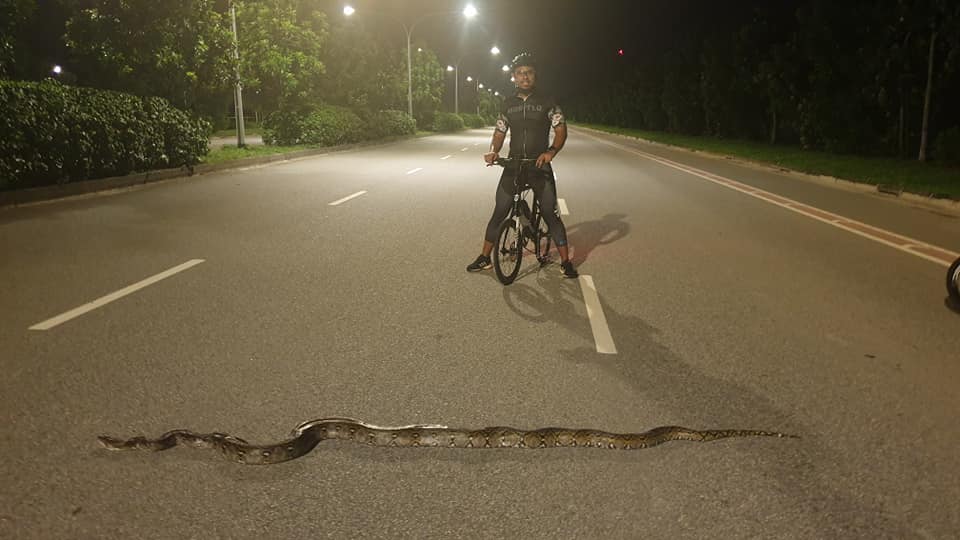 Worried that it would be harmed, he mustered the courage to pull on its tail to get it off the road.

Stumbled upon beautiful sight on the road

A cyclist posted in Singapore Cycling Community Facebook group on Sunday (15 Nov) that he came across what he described as a “beautiful” python.

He saw it when cycling with friends on Tanah Merah Coast Road.

The reptile was laid out almost flat in the middle of the road, and not moving at all. 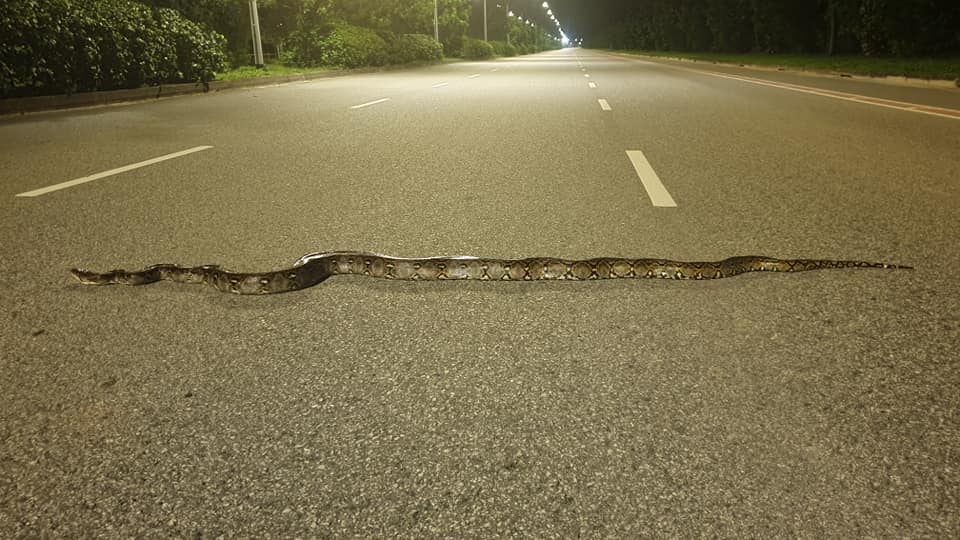 Risked life by pulling on tail

In fear of the creature being run over, he decided to risk himself and pull on its tail to make it get off the road.

The reptile apparently got a shock and sprang backwards.

After the rude awakening, it probably realised that slumbering underground is safer.

Thus, it slowly slithered into a drain.

However, while it was sleeping the cyclist managed to get some priceless photos with the creature. 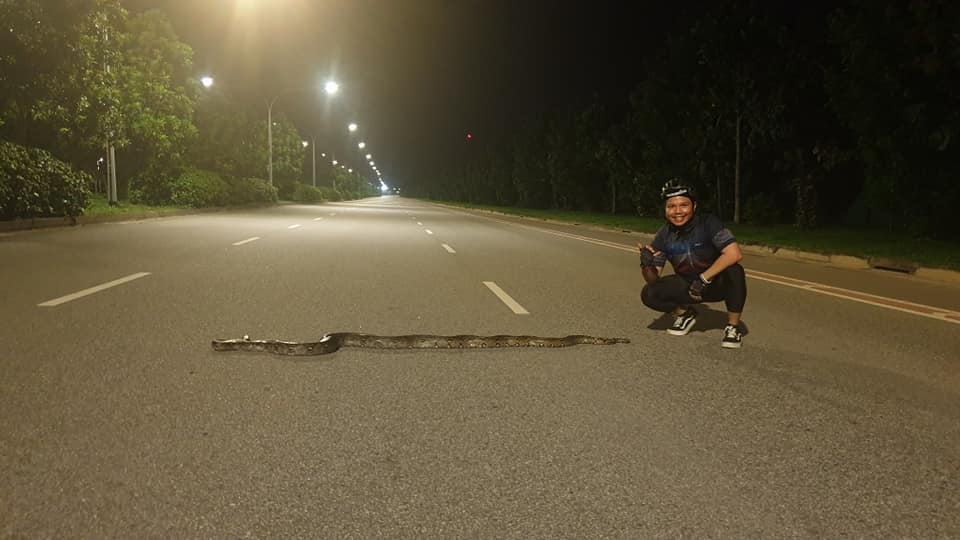 At these bedroom selfies are safe to post online!

Be compassionate towards all living things

The cyclist must have been felt bewildered when he saw a python lying motionless on the road.

Thankfully, he had the compassion to get it to safety, even risking his life to do so.

Let’s hope more will take a leaf out of his book, have consideration for all living things.