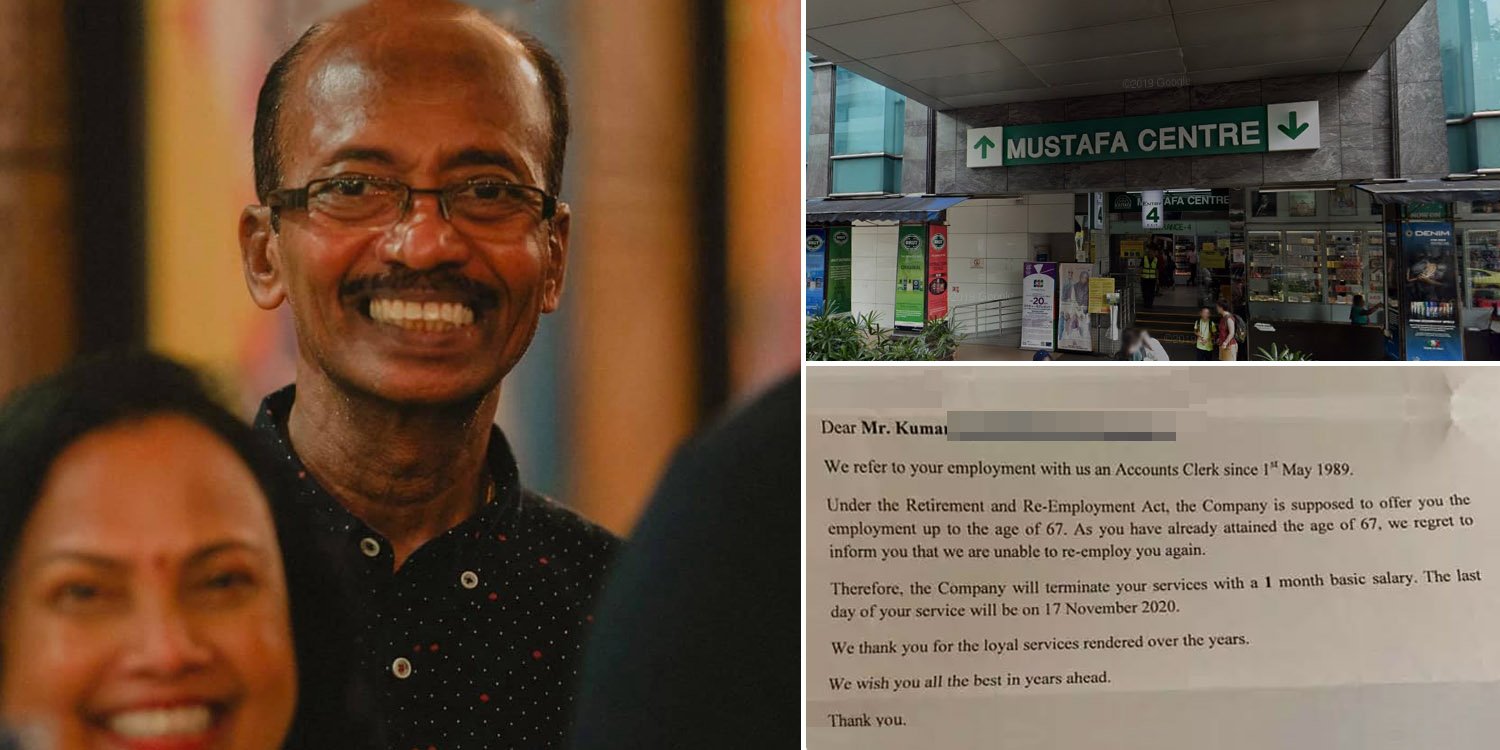 Covid-19 has impacted heavily on lives, and in many cases, people have lost their jobs due to a downturn in business fortunes.

One of them, a Mustafa employee of 31 years, was recently laid off — through a registered mail.

Although the notice wasn’t delivered in person and his last date was the same day they sent the mail, he took the news in stride.

His daughter, Ms Kumar, was extremely proud of her dad for his resilience.

He could have been much unhappier, but she said he was a trooper and that he only wished that the company could’ve let him leave with more dignity.

Man retrenched by company after 31 years by mail

Mustafa was declared a Covid-19 cluster on 2 Apr, during the peak of the outbreak.

Since then, Mr Kumar, who was an accounts clerk at Mustafa, has had to stop going to work indefinitely. 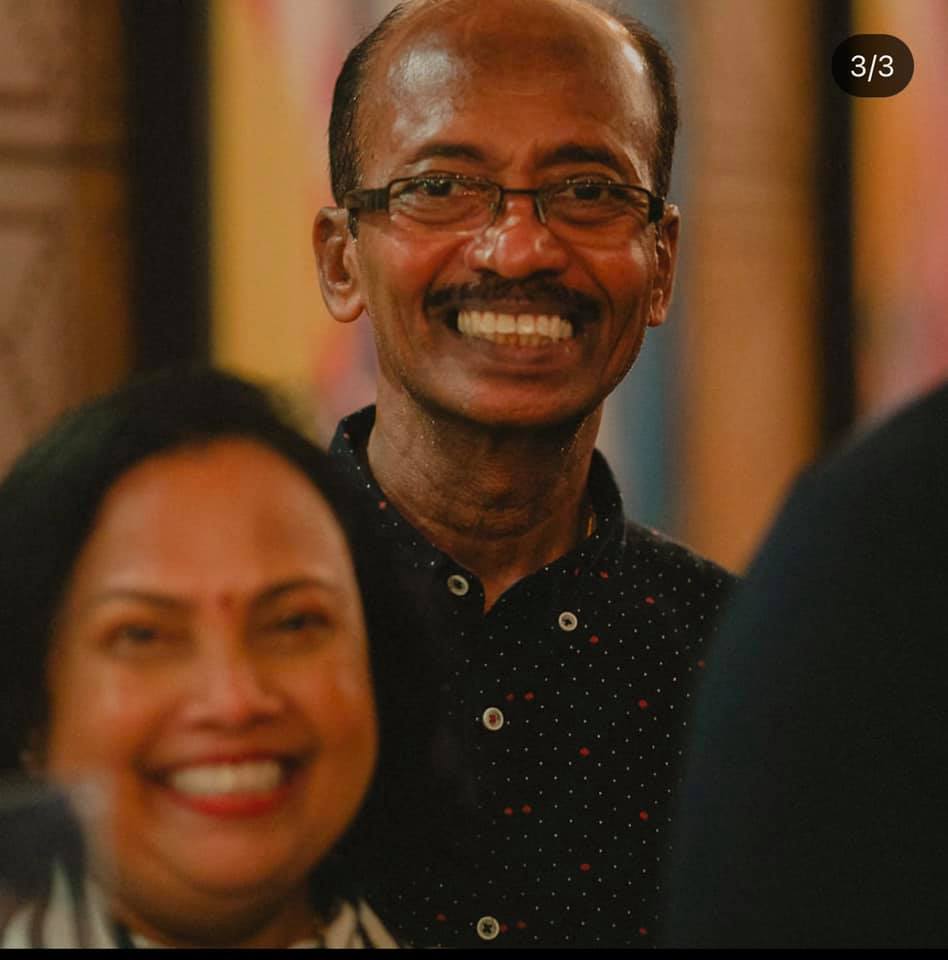 This arrangement carried on indefinitely, and as of 2 weeks ago, Mustafa apparently claimed that there were no plans for retrenchment. He just had to wait.

During this time, Mr Kumar spent more time with his wife and helped her around the house.

But on Wednesday (18 Nov), he finally received news — through registered mail. 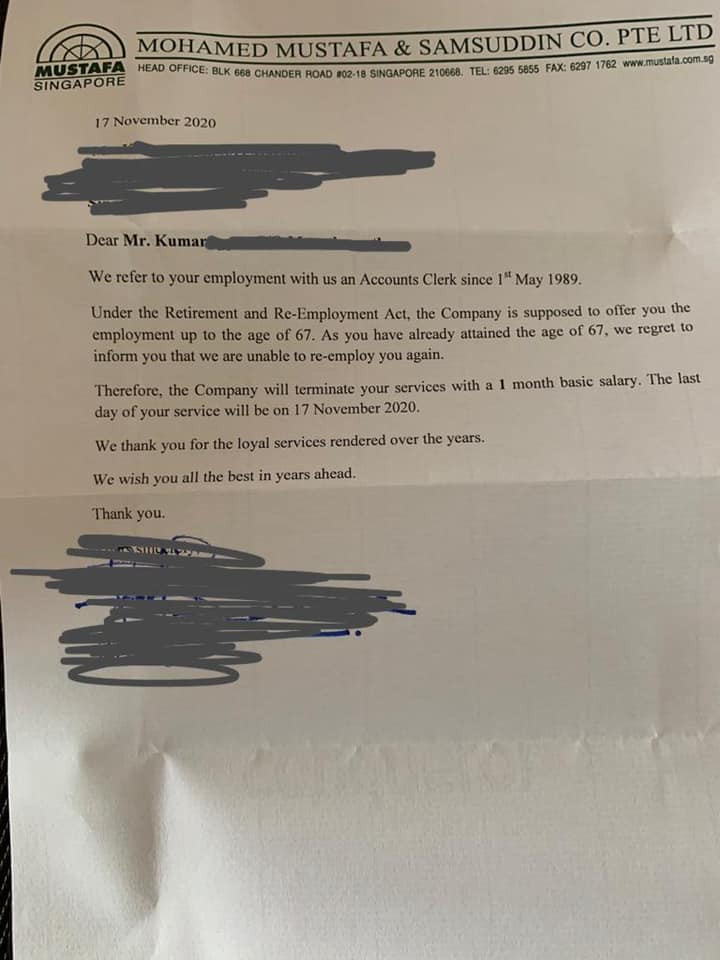 The letter, dated 17 Nov, was matter-of-fact, with the company stating that because Mr Kumar was above the retirement age of 67, they couldn’t hire him again.

They will give 1 months’ salary as part of the package, and his last day was 17 Nov — the day the mail was sent.

Apparently, 60 people above 60 were affected by this exercise.

Dad takes being retrenched by mail in stride

Being terminated from your job is not a happy thing in most circumstances, especially for someone who’s of advanced age.

But he simply smiled, and said that the fight was over. His daughter had contacted various agencies as well as Mustafa’s HR and Union regarding his job security.

He was glad that they did whatever they could, and quipped that he might get a can of Carlsberg to celebrate.

But Ms Kumar wasn’t so happy or relieved.

She was “filled with rage and disgust” over the manner the company had done the exercise, and expected more empathy from them.

Instead, the news was delivered by mail – not even in person – nor was there a phone call, or advance notice.

Her dad seemed more serene than she was, only wishing that he could’ve left with more dignity — and that they could’ve been more transparent and honest.

She felt immensely proud at how he dealt with the entire situation. During this pandemic, we’ve all had to struggle in one way or another. Some have definitely had it worse than others.

But this is definitely one way we can take adversity. Even though Mr Kumar was let go from his job at 71 by a letter after months in limbo, he still took the news in stride.

Perhaps this is the experience that comes with age.

Ms Kumar calls her dad a trooper and superstar.

Here’s hoping that Mr Kumar comes back stronger from this experience and manages to land on his feet, because he certainly deserves it with that mentality.

And good luck to everyone who finds themselves in a similar situation amidst the pandemic — the only way from the bottom is up.