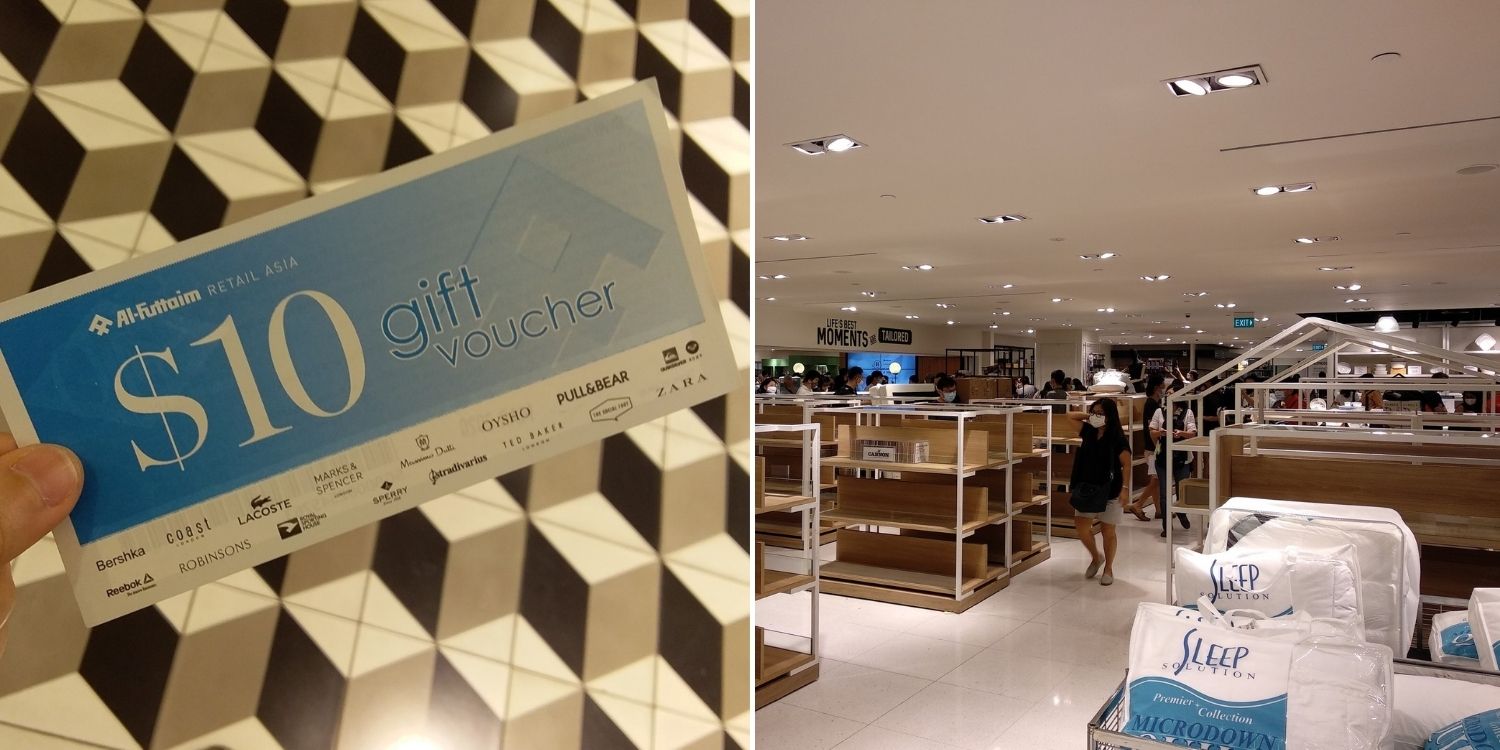 Consignment stock can be taken back only with proof.

When local retailer Robinsons announced the closure of its remaining 2 outlets in Singapore last week, some Singaporeans may have panicked when they discovered that they still have unused gift vouchers from the store.

Crowds packed the store over the weekend, and while some were probably hoping to get the feeling of shopping there one last time, others may have been busy trying to use up their gift vouchers before the shutdown.

Robinsons, in their latest Facebook post, has now assured that their unused gift vouchers are still valid for use. However, to redeem them, shoppers will have to purchase goods of at least twice the value of the voucher.

In a Facebook post on Sunday (1 Nov), Robinsons set out a list of answers in response to what’s possibly the most frequent types of enquires they’re now handling.

One of the responses refers to the gift vouchers. 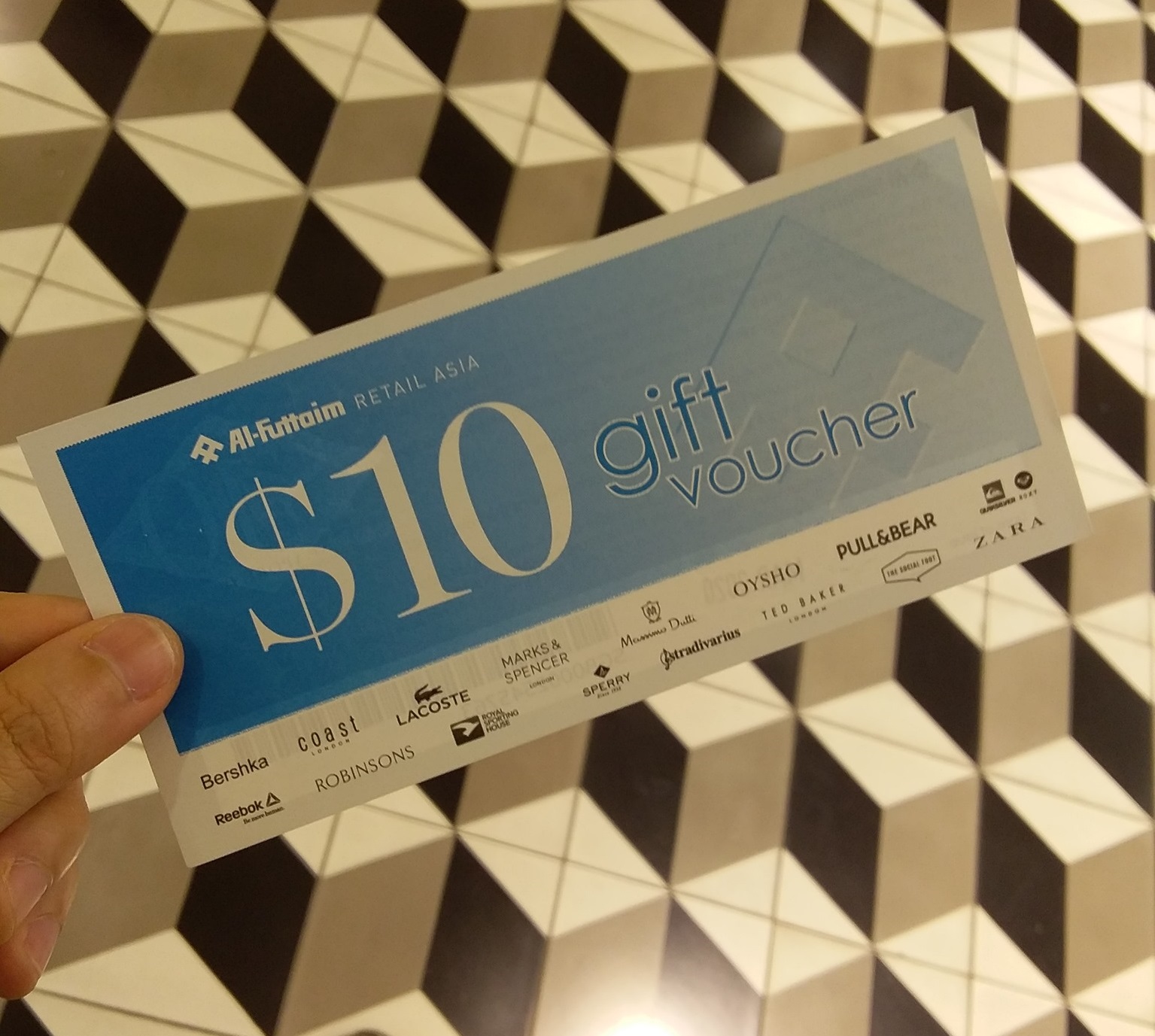 Gift vouchers remain exchangeable for goods at Robinsons provided the total value of the purchase is at least double the voucher amount.

That means that a customer would have to buy at least $20 worth of goods in order to use the $10 gift voucher above to defray the cost.

Consignment stock will be released with proof

At least one of Robinsons’ suppliers have also complained that they were initially unable to take back their goods that were sold in the store on consignment.

The supplier had also claimed that Robinsons had not paid them since Aug for goods that were already bought by customers in the last 3 months — a sum of about $6,000.

While Robinsons didn’t address the issue of non-payment in its post, it did say that it’ll allow suppliers to collect their goods.

But that’s only if they can prove that their stock is held consignment.

Some examples of evidence that can be used:

If any of the above documents aren’t furnished, consignment stock won’t be released, Robinsons said. 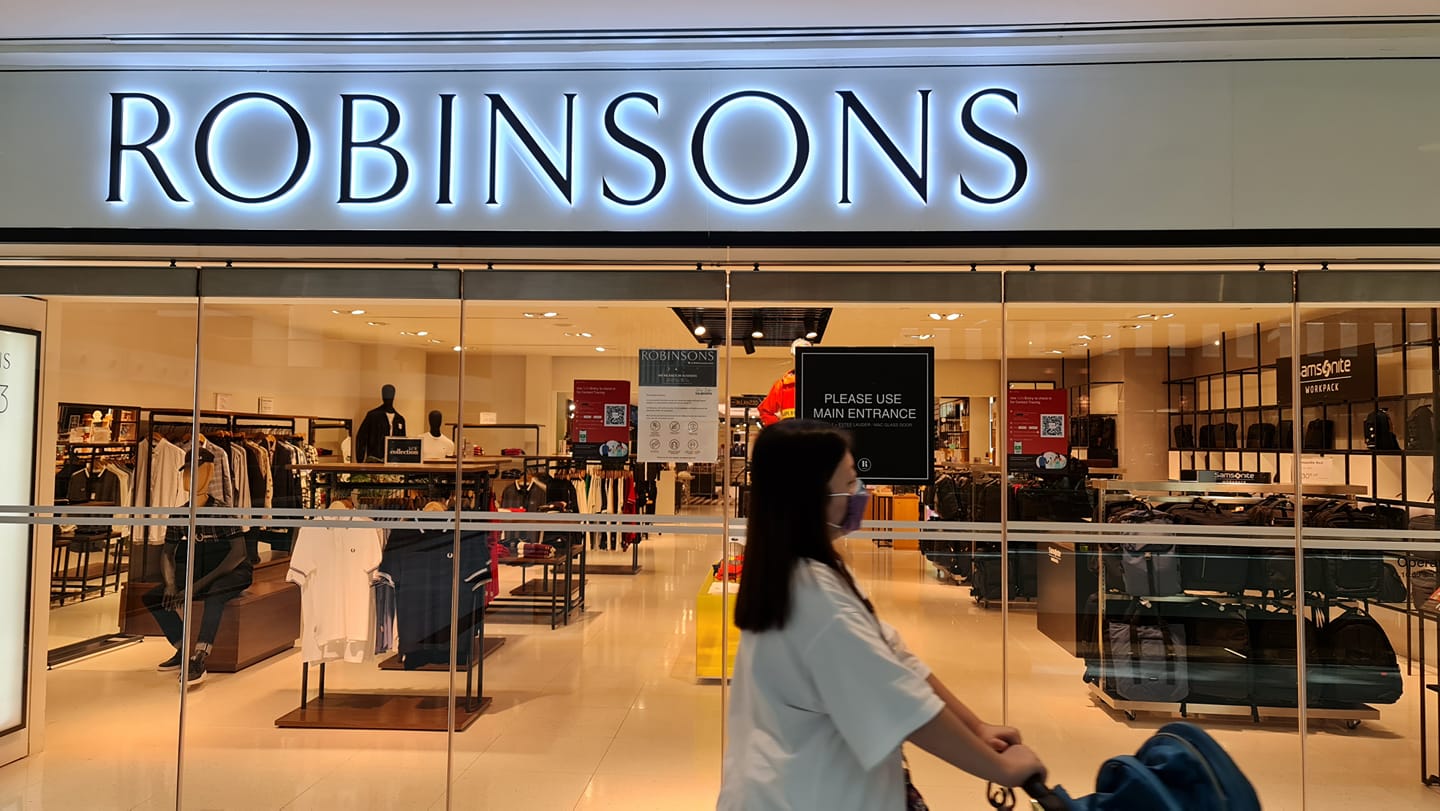 Sale Or Return (SOR) stock, on the other hand, legally belongs to Robinsons. Thus, suppliers won’t be able to collect them.

If suppliers take back SOR stock, Robinsons’ liquidators will pursue their recovery.

Robinsons also addressed concerns from customers who have already paid deposits and pre-payments for mattresses.

The store said this is a “priority issue”, and they will be meeting their mattress suppliers urgently.

Additionally, they said customers should email a photo of their receipts to Robinsons at Robinsons@kordamentha.com.

Before they can resolve the issue, though, they can’t provide any updates on the situation.

Customers who’ve made deposits or paid in full will notified once there’s a resolution, the store added.

Robinsons in the hands of liquidators

To be fair, Robinsons is currently in the hands of liquidators now.

That’s why it provided a link to their liquidator’s website for enquires to be directed to.

The job of their liquidators, KordaMentha, is to sell the company’s assets to raise as much funds as possible to pay creditors. As Robinsons is now under their control, any decisions aren’t made by store personnel.

The whole situation that’s faced by Robinsons and its customers is complex, and not something that anybody wanted to happen.

The people who’re most affected are probably their staff, who’re probably having a tough time handling disgruntled customers and suppliers, while facing job uncertainty themselves.

Thus, if you’ve any enquires, some patience would go a long way towards making things a little easier to bear.

Let’s hope all stakeholders can have a satisfactory resolution soon.