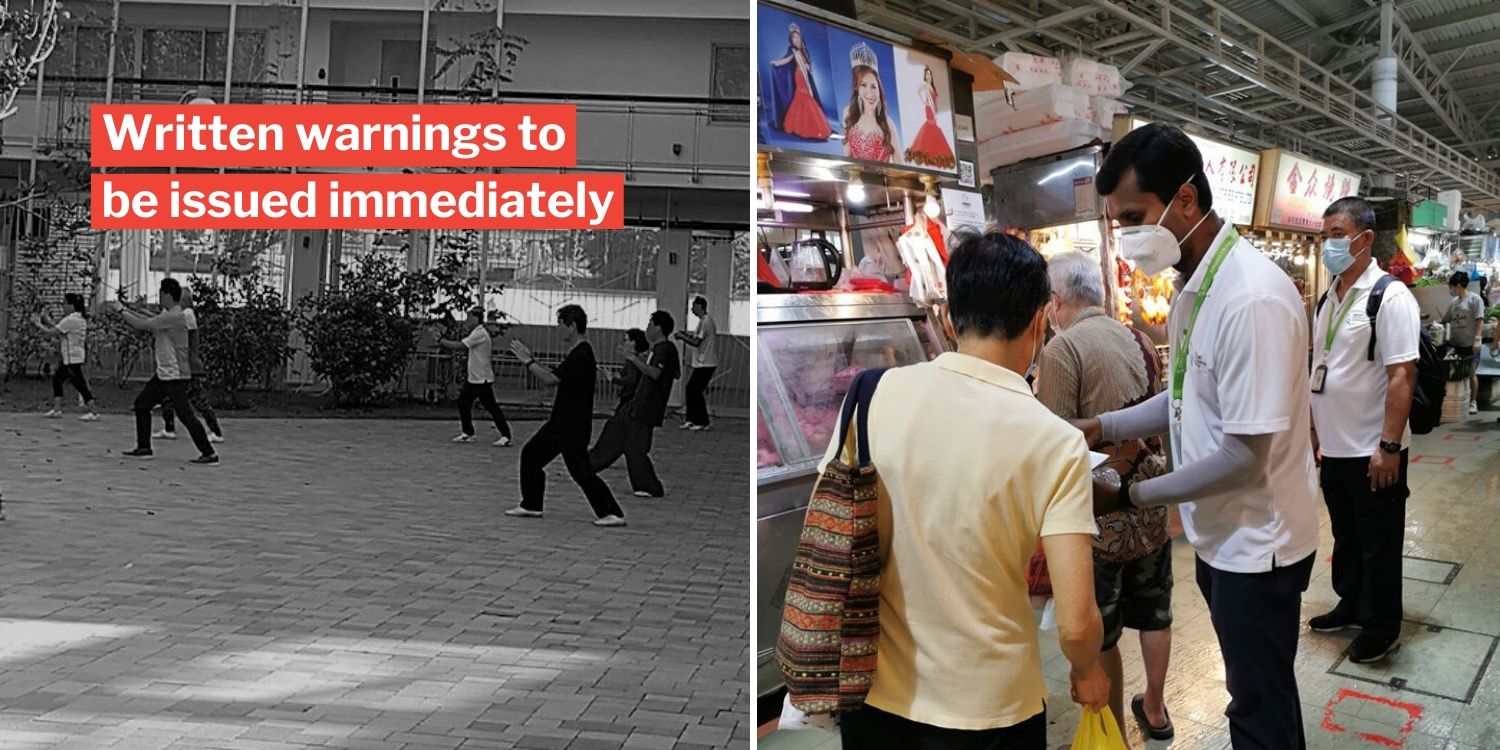 People are still gathering in public, the minister says.

To contain the spread of Covid-19, Parliament has passed the Covid-19 (Temporary Measures) Act, making it an offence to gather in public and private spaces.

On Tuesday (7 Apr), enforcement officers issued 7,000 warnings to people continuing to gather and flout safe-distancing rules during the first day of the ‘Circuit Breaker’ period.

While more people seemed to be abiding by the rules on Wednesday (8 Apr), enforcement officers still issued 3,000 advisories, said Environment and Water Resources Minister Masagos Zulkifli in a Facebook post. 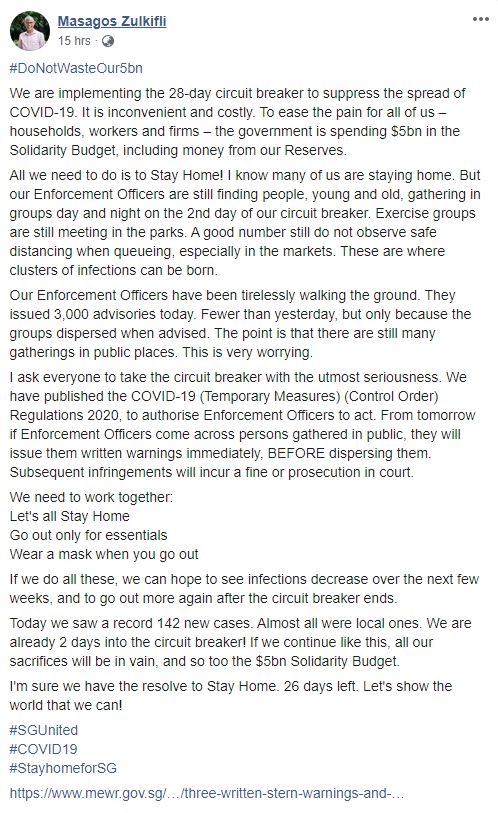 That amounts to 10,000 warnings in just 2 days, according to a press release from the Ministry of Environment and Water Resources (MEWR).

“Worrying” situation despite drop in advisories handed out

Mr Masagos urged locals to be responsible so that the $5 billion spent in the Solidary Budget won’t go to waste.

Even though the 3,000 advisories handed out on Wednesday is a large drop from the day before, he said this was also because the groups immediately dispersed when told to.

Many still continue to meet in public places, however — a situation that the minister described as “worrying”. 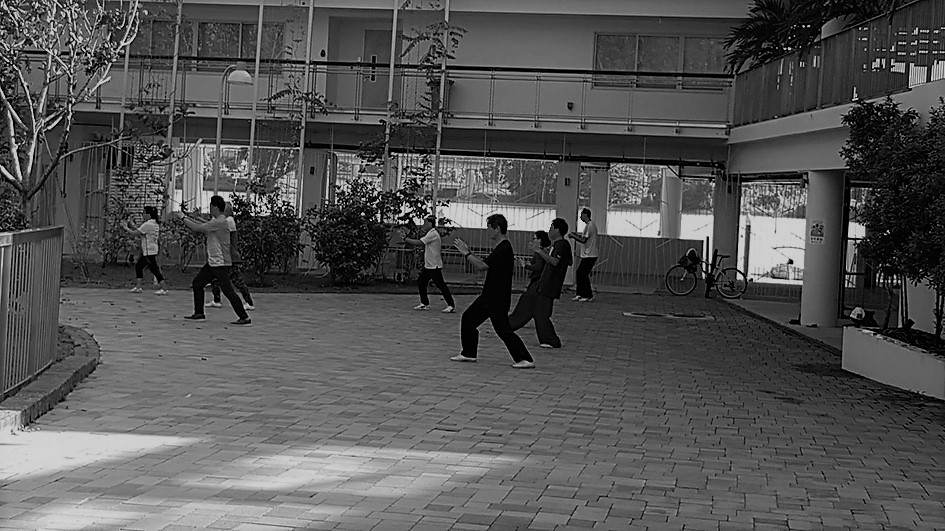 Some violators ignored social distancing measures when queuing in supermarkets. 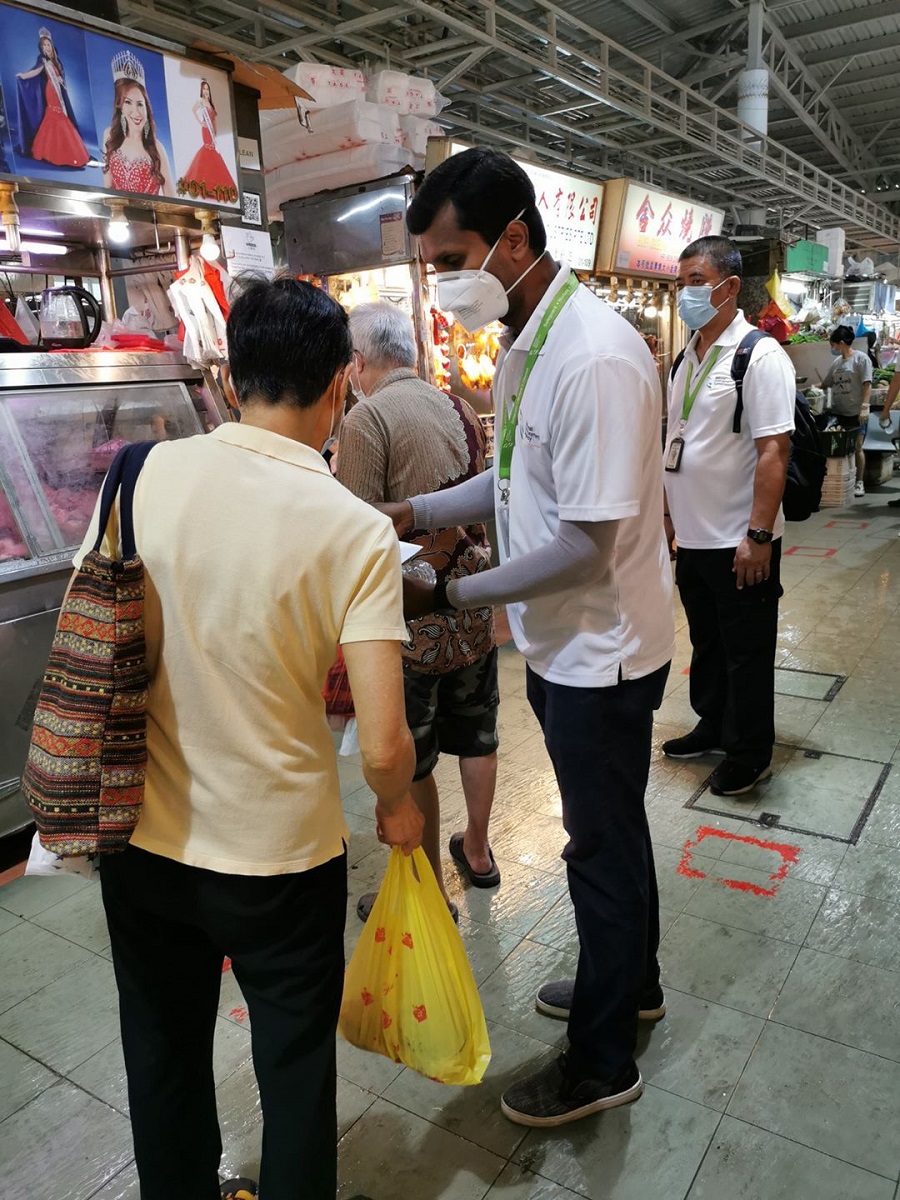 To discourage gathering, the Housing and Development Board (HDB) has worked with Town Councils to shut down public areas that are potential hotspots.

Fitness corners, like this one near Blk 345, Bukit Batok Street 34, have been closed. 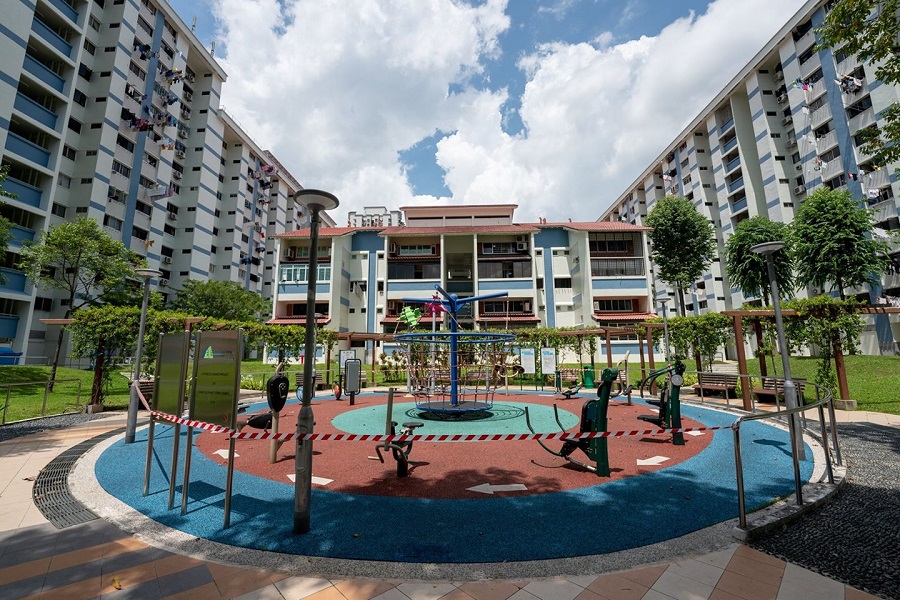 This resting area in Ang Mo Kio Town Centre and other commonly used facilities will not be accessible at this time. 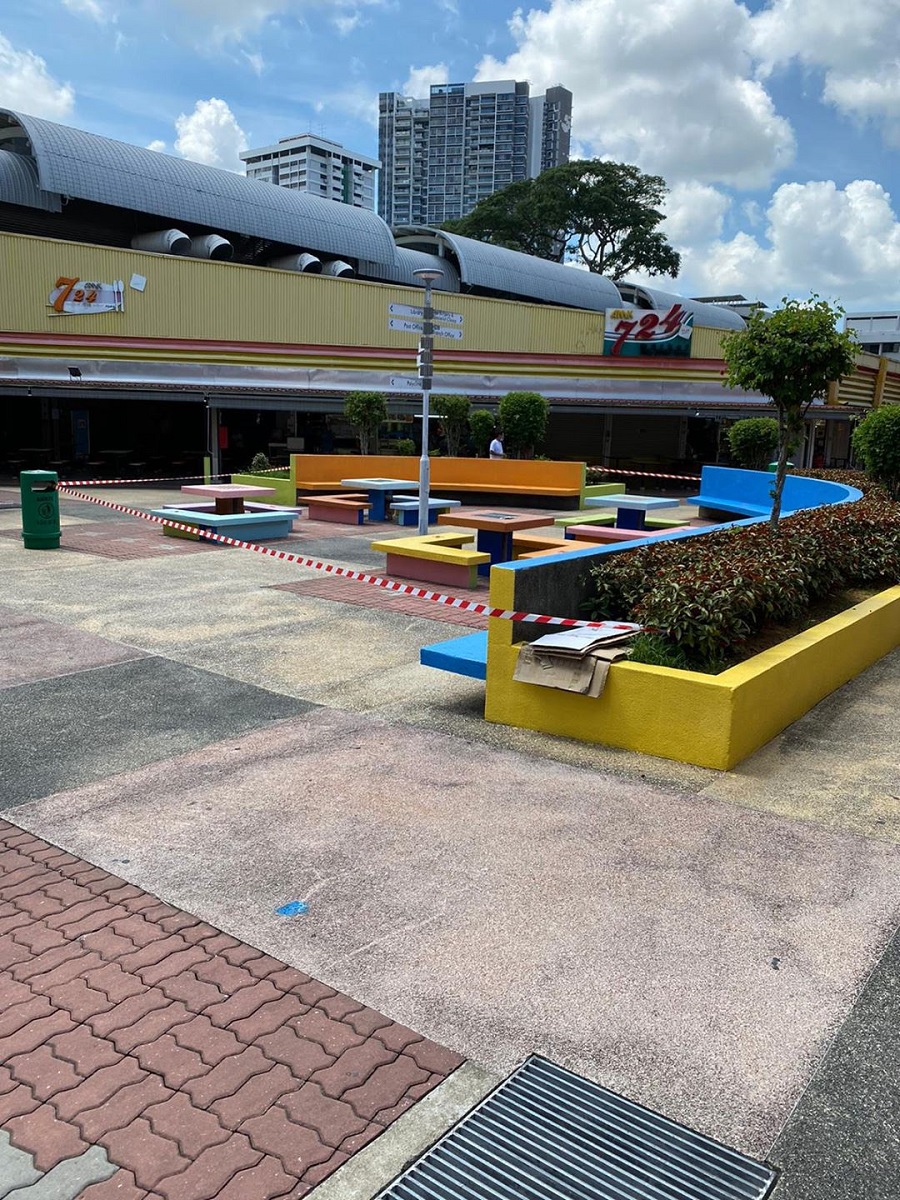 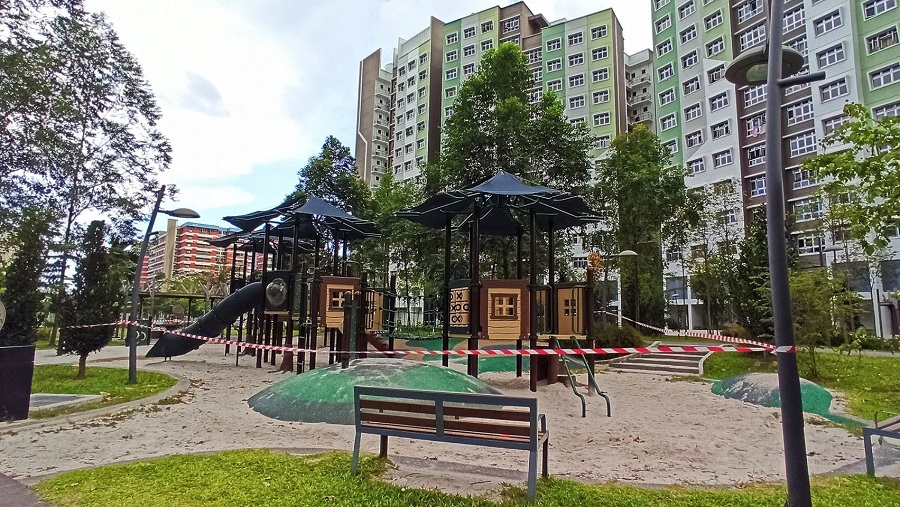 MEWR urged the public to stay at home until 4 May, and go outdoors only to buy essentials and attend doctor’s appointments.

To avoid crowds, MEWR also advised people to shop at popular wet markets during weekdays at non-peak hours, and consider returning at a later time if there are long queues.

Since the elderly are vulnerable to Covid-19, they should avoid wet markets and seek help from others to buy their groceries.

The National Environment Agency (NEA) has even installed fences in markets like this one at the Jurong West 505 Market for crowd control. 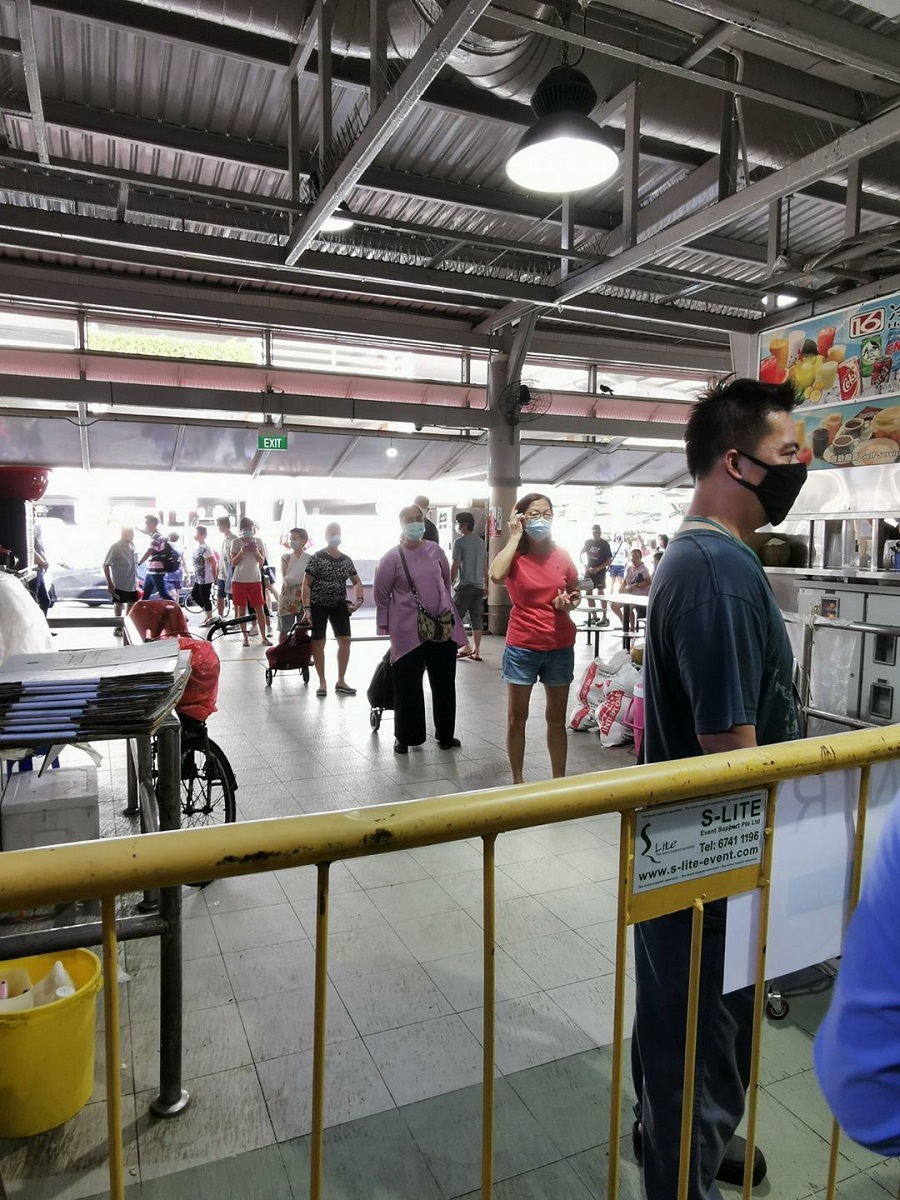 Written stern warnings to be given out immediately

From Thursday (9 Apr), violators will receive a written stern warning immediately, before being told to disperse, Mr Masagos said.

Subsequent violations may lead to prosecution in court or fines. Police may also follow-up on reckless actions.

As of Wednesday (8 Apr), three written stern warnings have been issued to the public so far, said MEWR.

One of the recipients, who was at Blk 89, Red Hill Close, sat down on a marked seat. When an enforcement officer told him to leave, he transferred to another table instead.

While the Covid-19 outbreak has disrupted our everyday lives, and we want our routine to get back to normal as soon as possible, this is only possible with our full cooperation.

If we don’t cooperate, “all our sacrifices will be in vain, and so too the $5 billion Solidarity Budget”, said Mr Masagos.

Do avoid congregating in public spaces and follow the rules. Be responsible and observe social distancing.

If we each do our part, the outbreak will end soon.