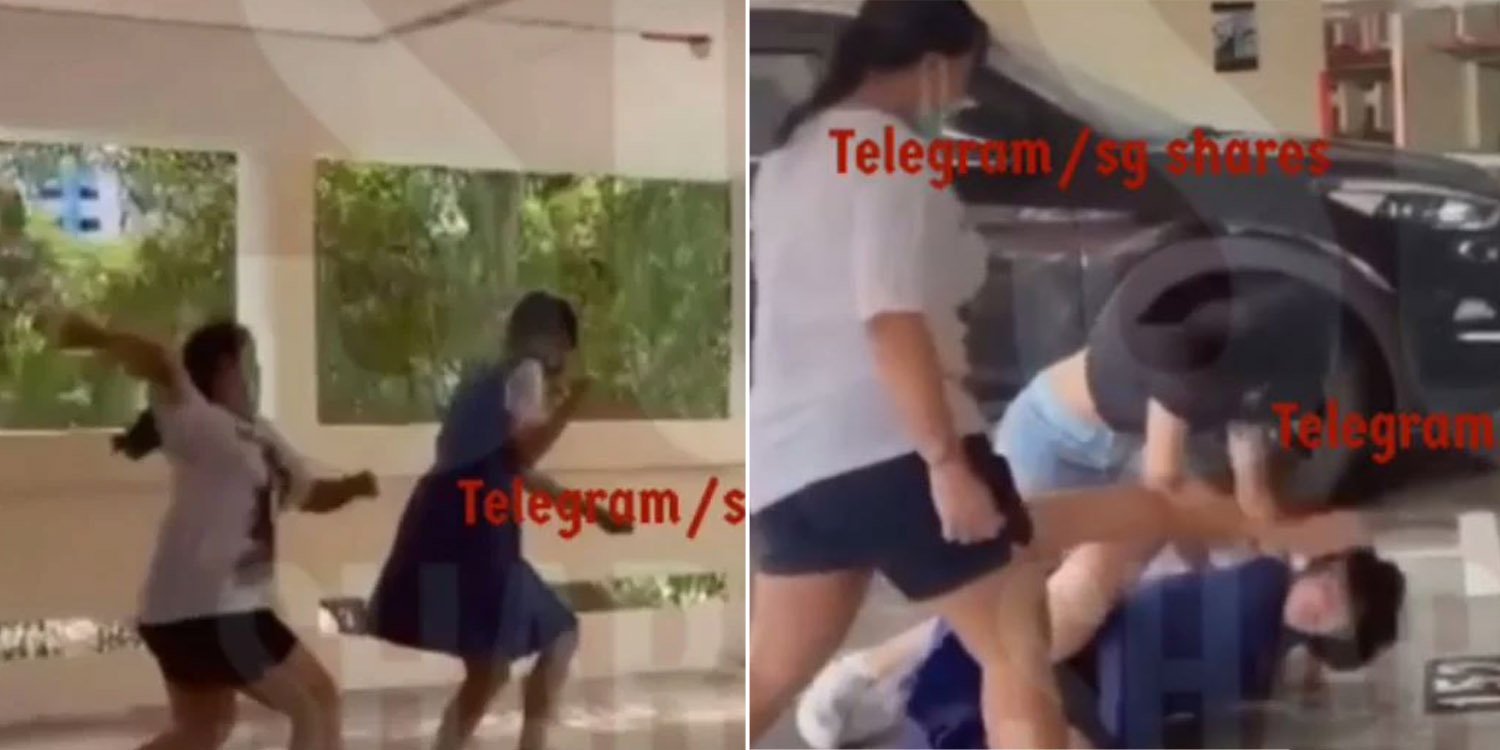 The police are investigating the case.

Bullying in school is a worrisome phenomenon as it causes immense stress to students, parents and teachers.

Earlier this week, a video showing a group of schoolgirls brawling started circulating on social media. 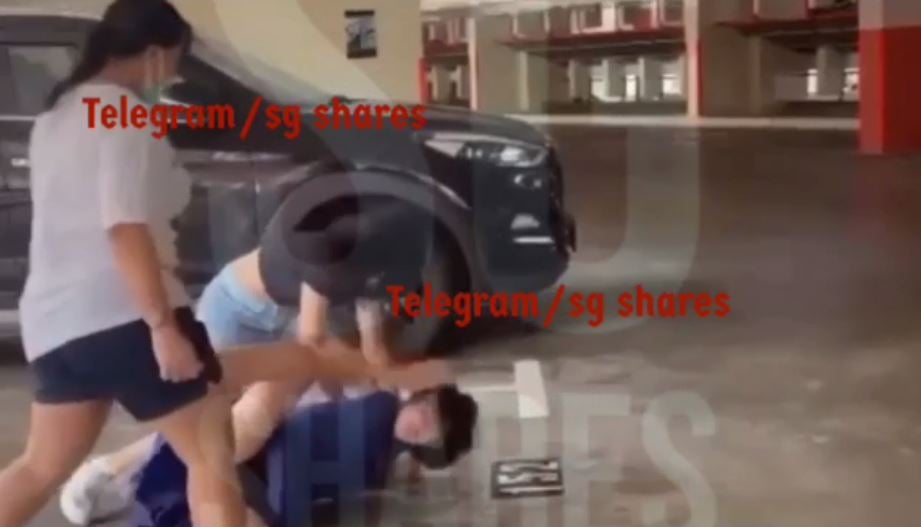 In a statement on Tuesday (18 Jan), the Ministry of Education (MOE) said the school has taken disciplinary actions against the girls, and the police are currently investigating the case.

In a video posted on the SG Shares Telegram channel, a group of young girls were seen assaulting a student dressed in a navy pinafore.

While the exact location was undisclosed, the surroundings suggest that it took place at a multi-storey carpark. Some netizens believe it was at 233A Compassvale Walk.

It’s also unclear if the girls were from the same school as they were dressed in casual attire.

At the start of the clip, a girl in white was seen striking the uniform-clad girl with an object. 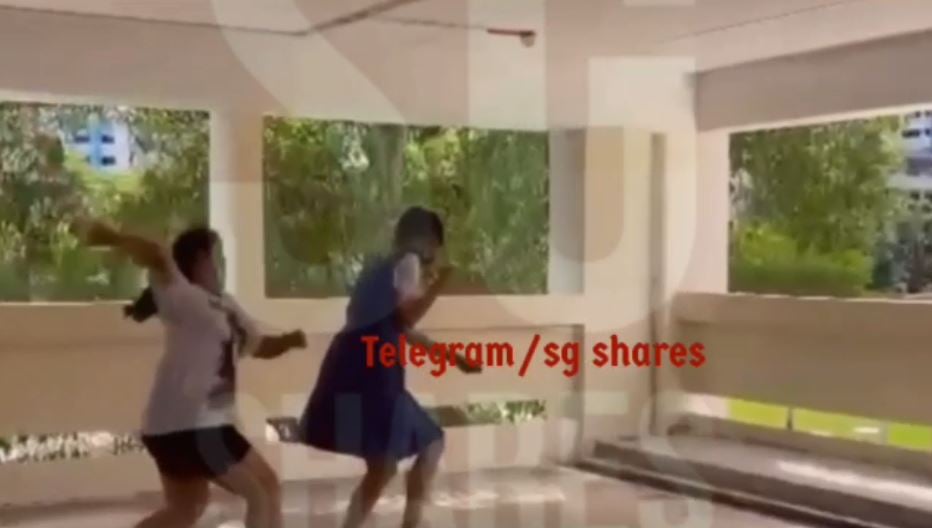 The student attempts to evade the strikes, but the other girl continues her pursuit and cuts off her escape route. 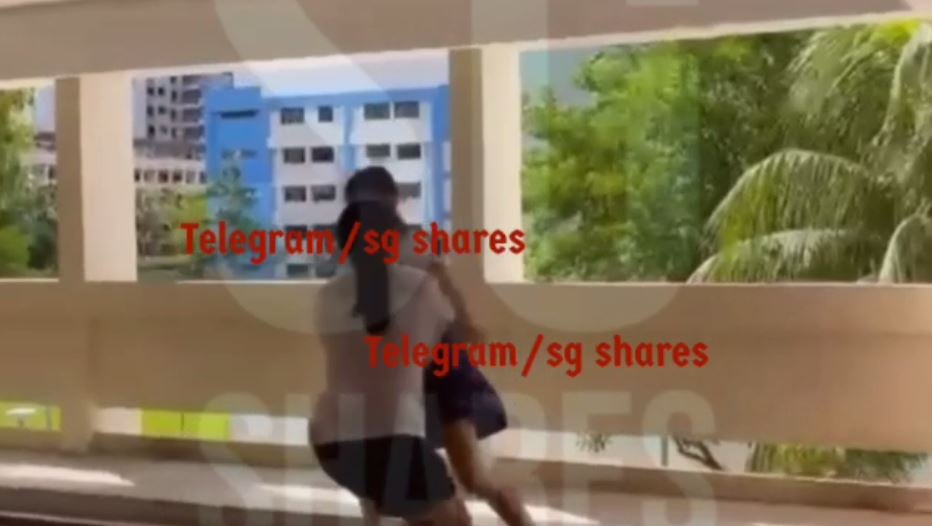 Another girl, donning shorts and a cropped top, joins in and corners the student. 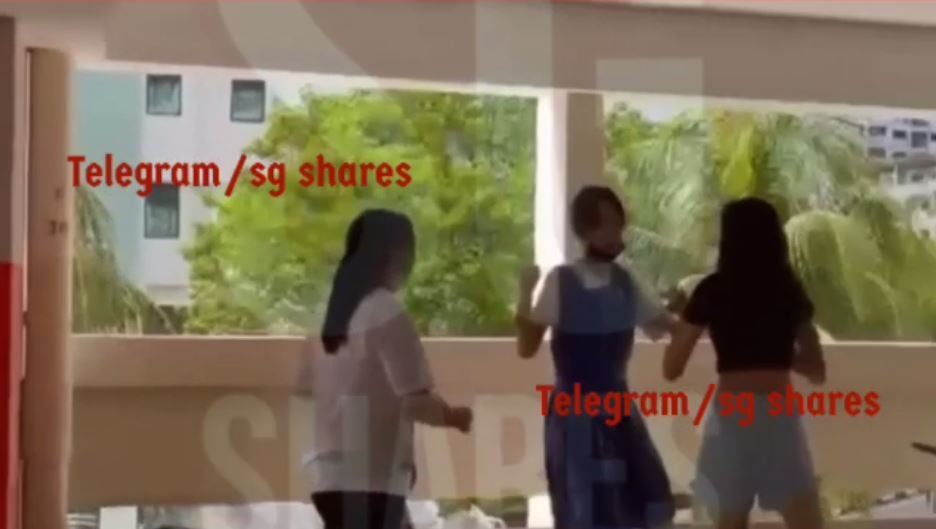 Standing behind the student, the girl pulls her ponytail and throws her to the ground.

The pair then starts raining hard punches and kicks on the student’s head and body.

Though the student is evidently in pain, the pair continues their assault. The clip ends abruptly with the student shielding her face with one of her arms.

In response to The Straits Times’ queries, MOE said the school is aware of the incident. They have counselled the students involved and engaged their parents.

MOE, however, did not reveal the name of the school.

The ministry stressed that they take a serious view of such violent acts and said the police are investigating the incident.

Hope students are getting the support they need

Bullying is a common yet complex problem in society and requires efforts from various parties, including the students’ families, to curb it.

While it is not an issue that can be solved overnight, we hope all schools can take proactive steps to ensure that students understand the severity of their actions and the consequences.

Meanwhile, we hope the victim is currently being treated for her injuries, if any, and that she’s getting the support she needs.

If you suspect someone you know is a victim of bullying, reach out to a school counsellor for help.