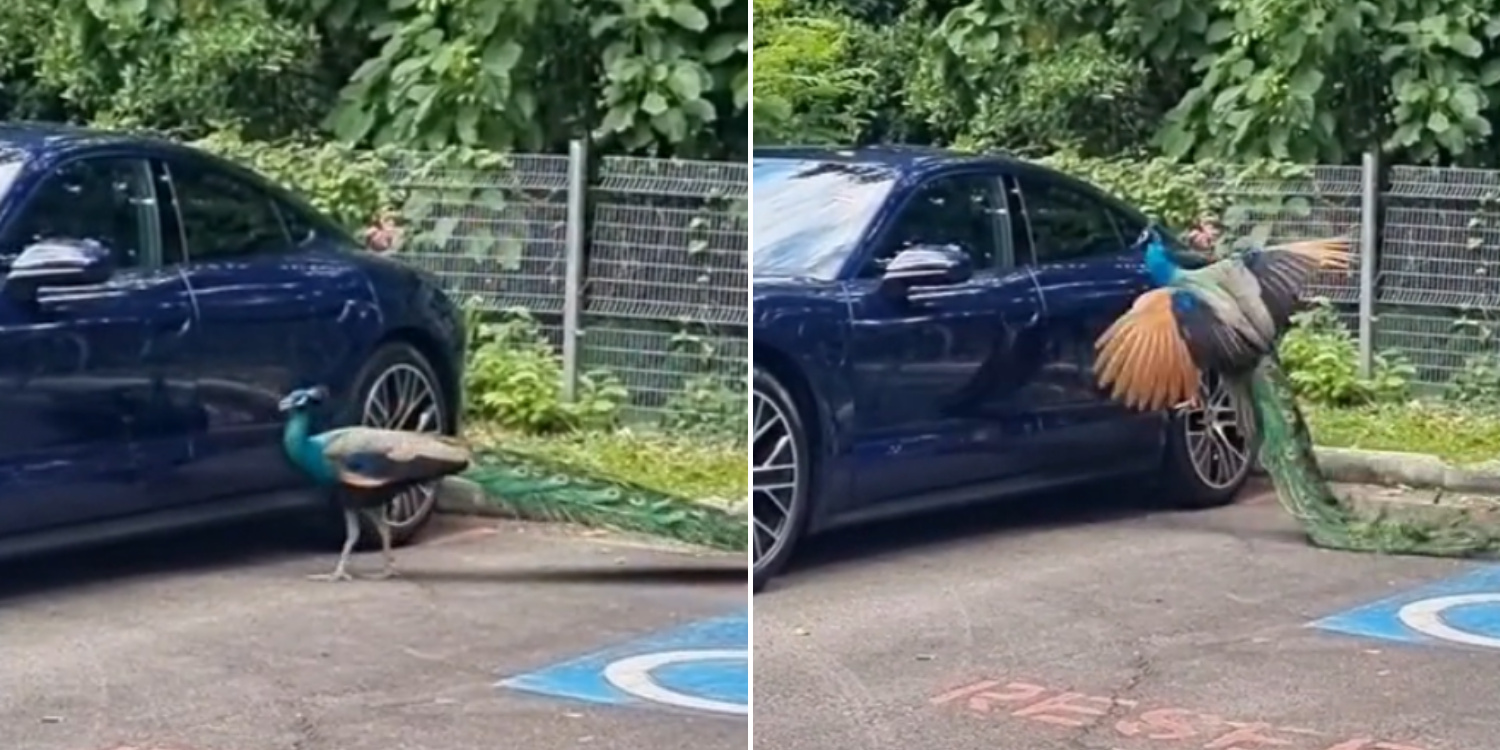 This is not the first time a peacock has chosen to battle a car in Sentosa.

Yet Another Peacock Fights Its Own Reflection In Sentosa Parking Lot

Singapore is home to a great number of interesting creatures.

In some instances, this presents a great opportunity for eye-catching photoshoots, but sometimes, it could also result in damaged property.

This was the case in Sentosa recently, when a peacock went viral for repeatedly pecking and scratching at its own reflection in a gleaming Porsche.

Spotted a peacock attacking a Porsche in #sentosa this afternoon 💀

Interestingly enough, the same incident occurred back in 2020 when another peacock fought its own reflection with admirable tenacity.

As a result, the resort island has put up signs to warn the public about these frighteningly territorial birds.

On Monday (15 Aug), TikTok user @_babydollzxc, aka Hui Ying, posted a video showing the curious incident that happened at a Sentosa car park.

The clip shows a peacock furiously pecking at its own reflection in the shiny exterior of a navy blue Porsche.

It then takes flight briefly to scratch the vehicle with its talons before resuming its pecking with a fierce dedication.

After repeating this sequence of movements, the bird stops in the last few seconds of the short clip, seemingly tired out by the battle.

Guess fighting your own reflection is hard work.

Such curious behaviour by a peacock isn’t all that unusual.

In fact, Sentosa’s management put up a sign to warn drivers about the peacocks in the area. 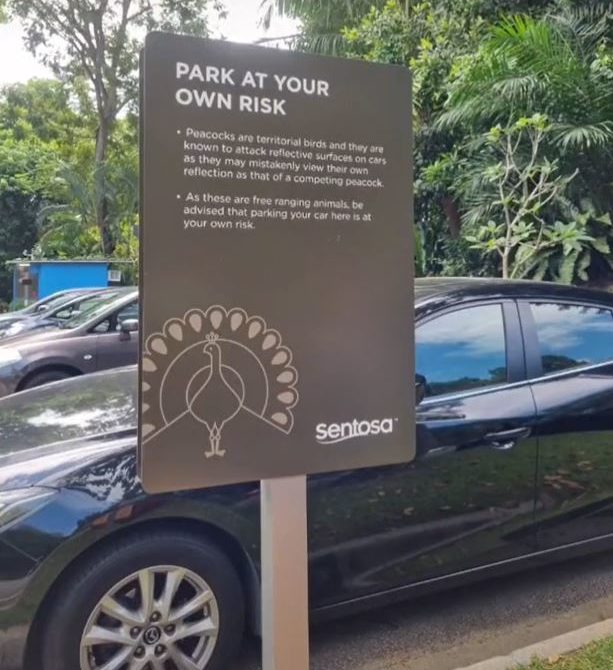 Such birds are territorial by nature and have a tendency to attack their own reflection, mistaking it for a rival.

These peacocks are famously allowed to roam freely on the island as well. Drivers intending to park their cars in the area would be doing so at their own risk, the sign states.

A similar incident previously occurred in 2020. A peacock attacked another car in a similar manner, leaving several long scratches behind.

Peacocks are undoubtedly beautiful, making for breathtaking pictures whenever we catch a glimpse of them.

These incidents, however, serve as a reminder that they can also be very territorial and dangerous.

So, the next time you’d like to park your car in Sentosa, keep your fingers crossed that your ride doesn’t fall victim to these gorgeous but vicious creatures.