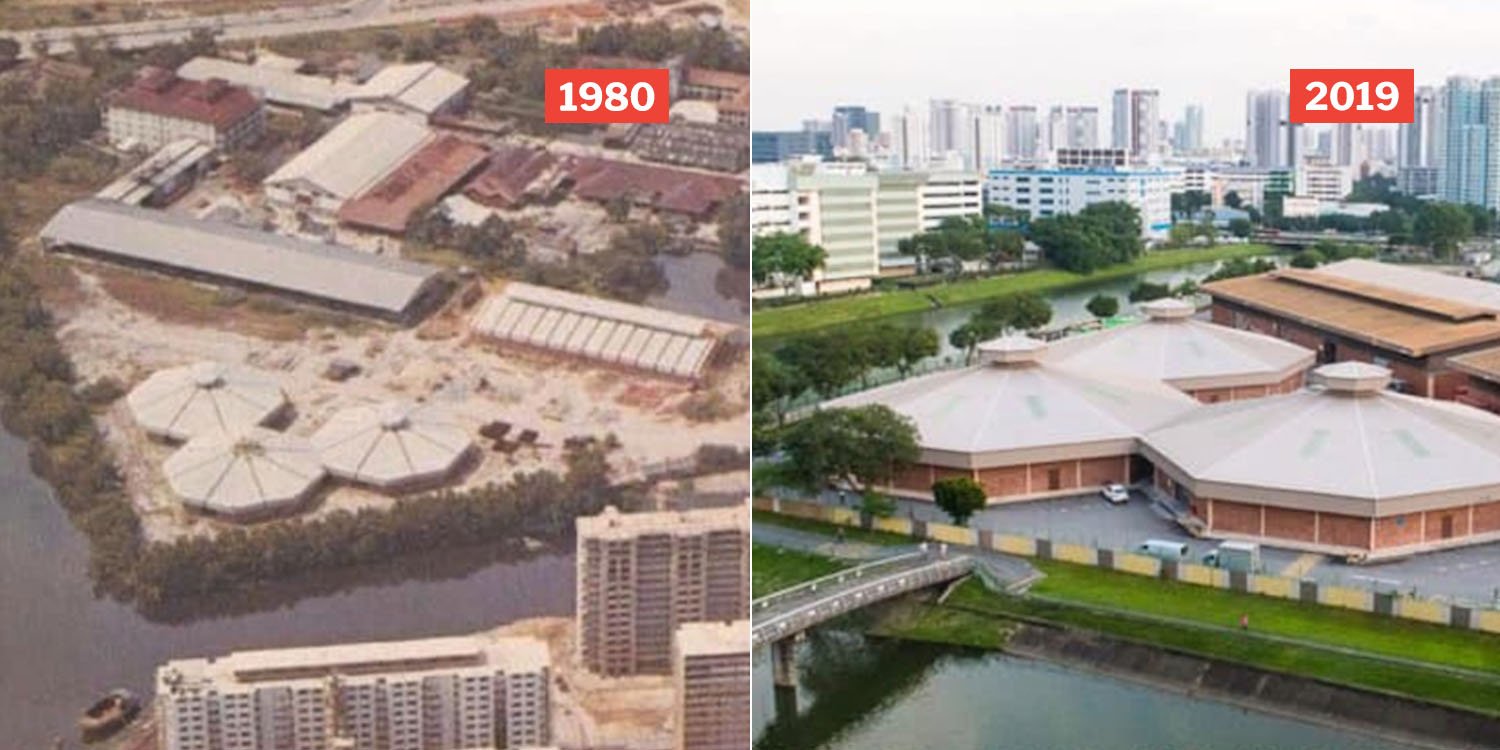 It’s a well-known fact that Singapore has evolved by a lot in the past few decades but how did it look like?

Those born in the late ‘90s and early 2000s can get a glimpse of Singapore’s history through the Facebook page — The Long and Winding Road. Local blogger – Jerome Lim – creates side-by-side photographs comparing scenes of the city from 1930s to the present. 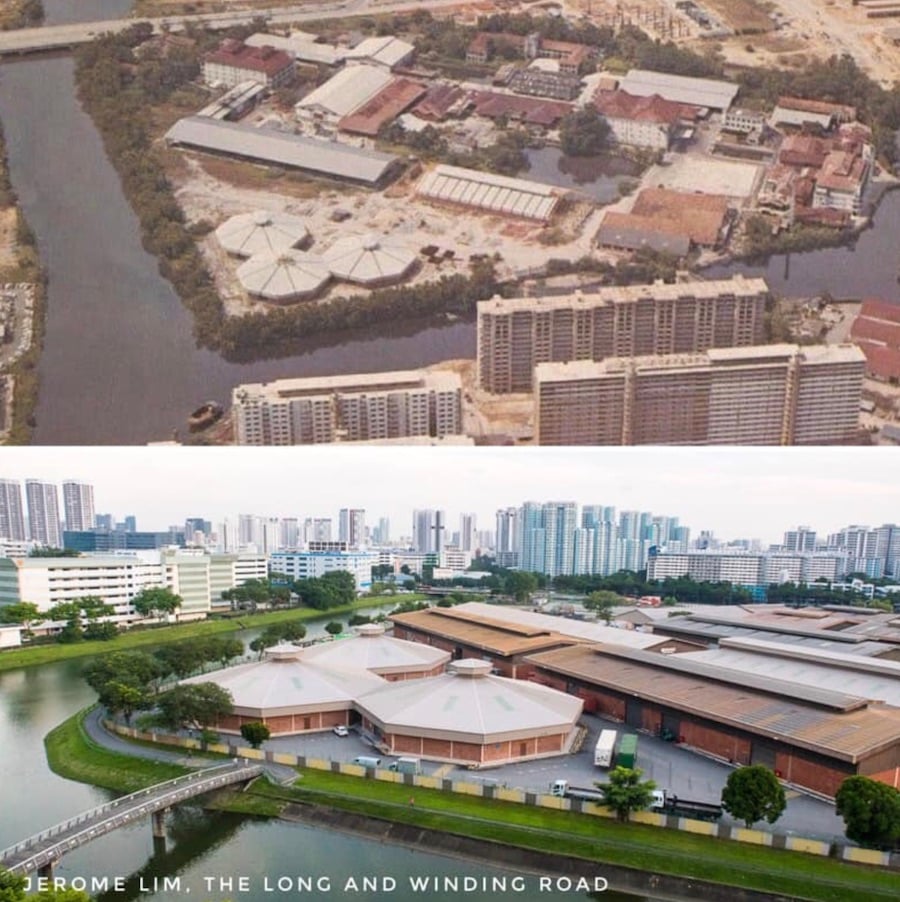 They say the world keeps changing but there’s always something, somewhere that remains the same. In this post, try to spot the similarities between the side-by-side photos of Singaporean landmarks which were taken up to 80 years apart. Before the Queen Elizabeth Walk was built in 1950, the Cenotaph war memorial stood beside the sea. Fast forward to 2019, it sits in the middle of Esplanade Park. While the surroundings have dramatically changed, we’ll never forget the war veterans who gave their lives in World War II. The modern day Sungei Rochor looks like an entirely different place from the river filled with sampans. 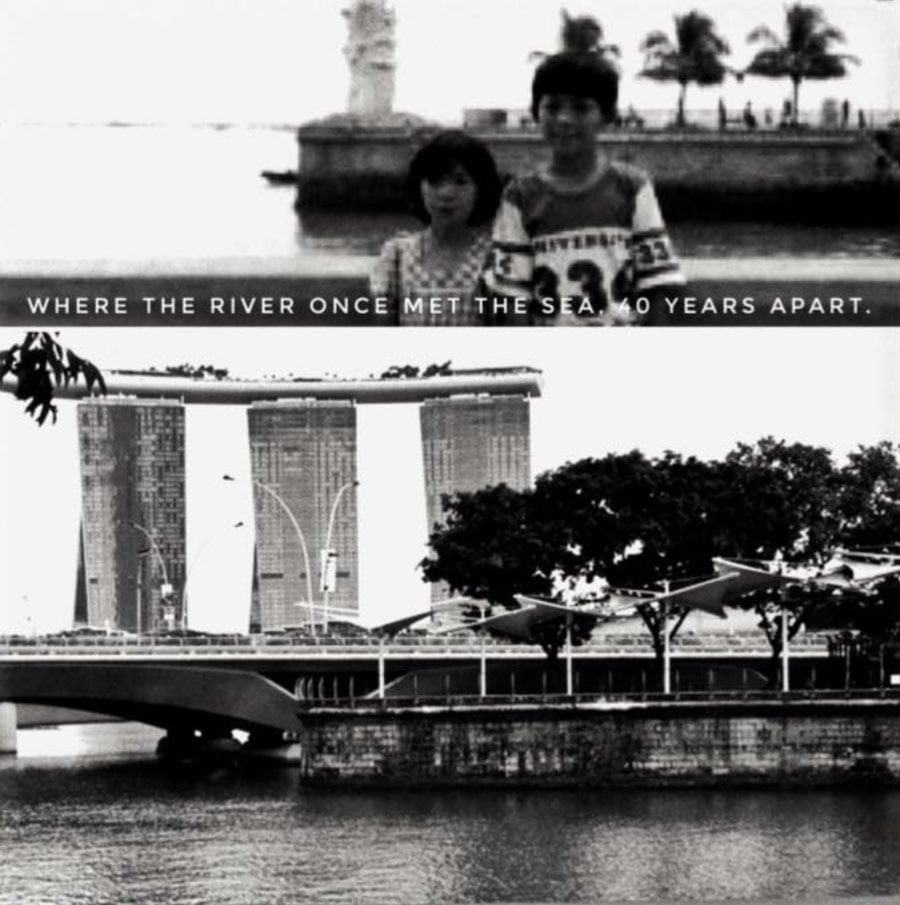 It’s hard to imagine Singapore without the Marina Bay Sands but this is how the river area looked like 40 years ago, based on this picture. 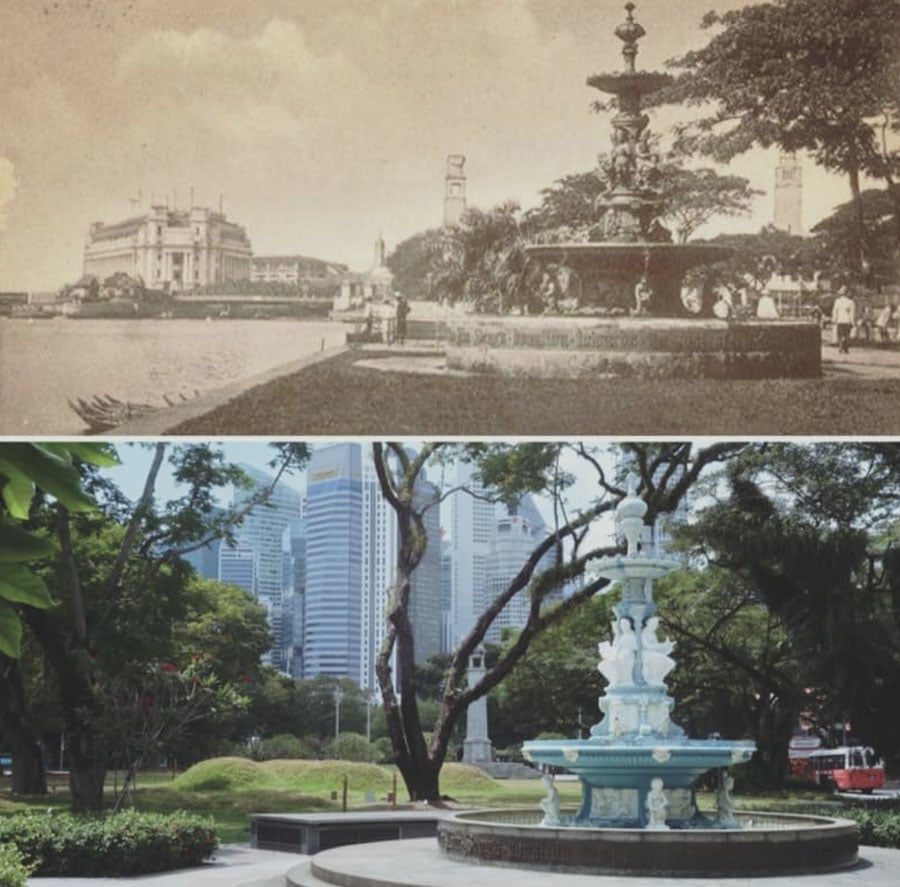 The Tan Kim Seng Fountain was built in 1882 and is currently located in Esplanade Park. The fountain is the only thing which looks similar as buildings and land reclamation projects progressed in the decades to come. The four buildings in the older photo includes the Ocean building, the Union Insurance Building, the Shanghai Bank Chambers and the GPO Fullerton. Today, the site is home to towering skyscrapers and buildings. 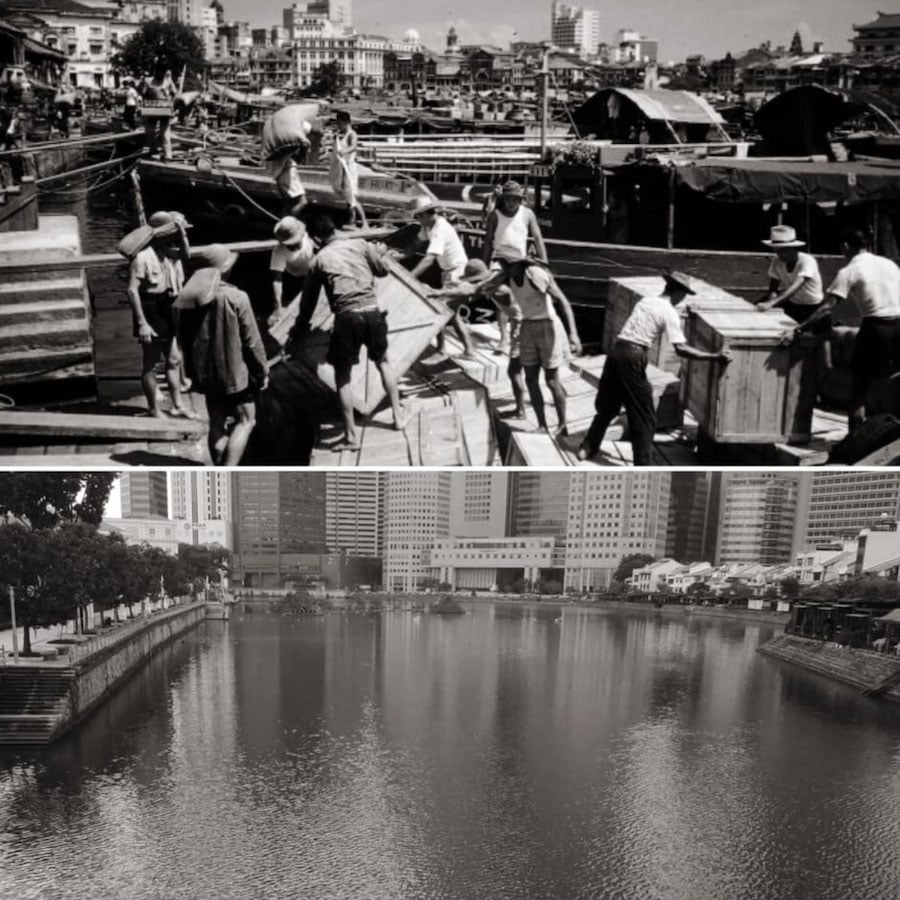 We all know that Singapore was once a small fishing village, but this photo will visually transport you back to the past. The river where fishermen once endured arduous physical labor is now a quaint and clean place for relaxation. 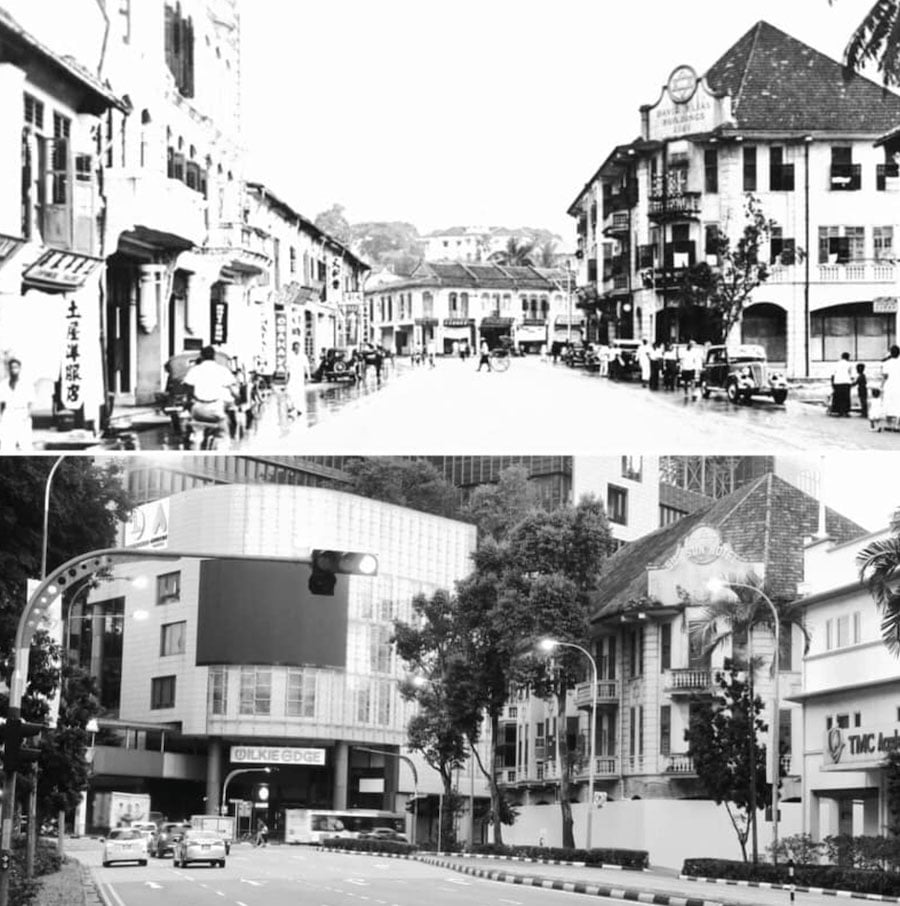 During the 1930s, Chuo Dori – also known as the Middle Road – was home to the Japanese community before WWII. Elders might miss these ornate Victorian houses and the nostalgic large windows. 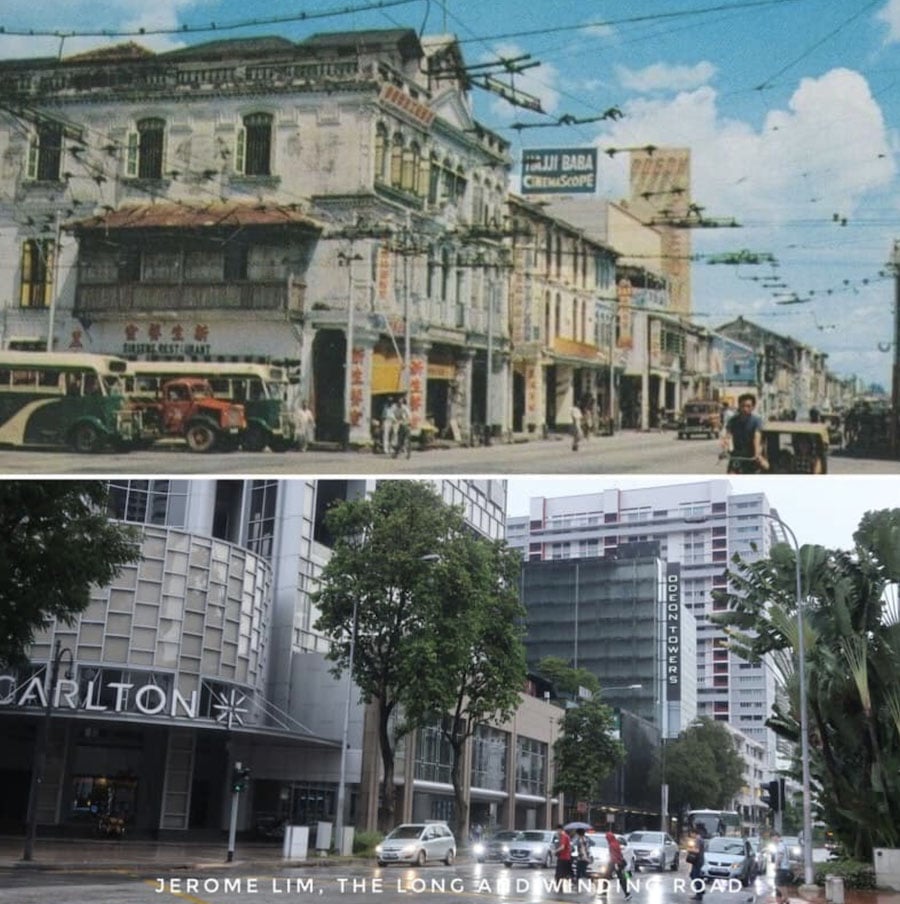 The North Bridge Road at Bras Basah once had shophouses with ornate roofs brimming with merchants. Now, the Carlton Hotel and other buildings have taken its place.

9. Corner of Serangoon and Balestier 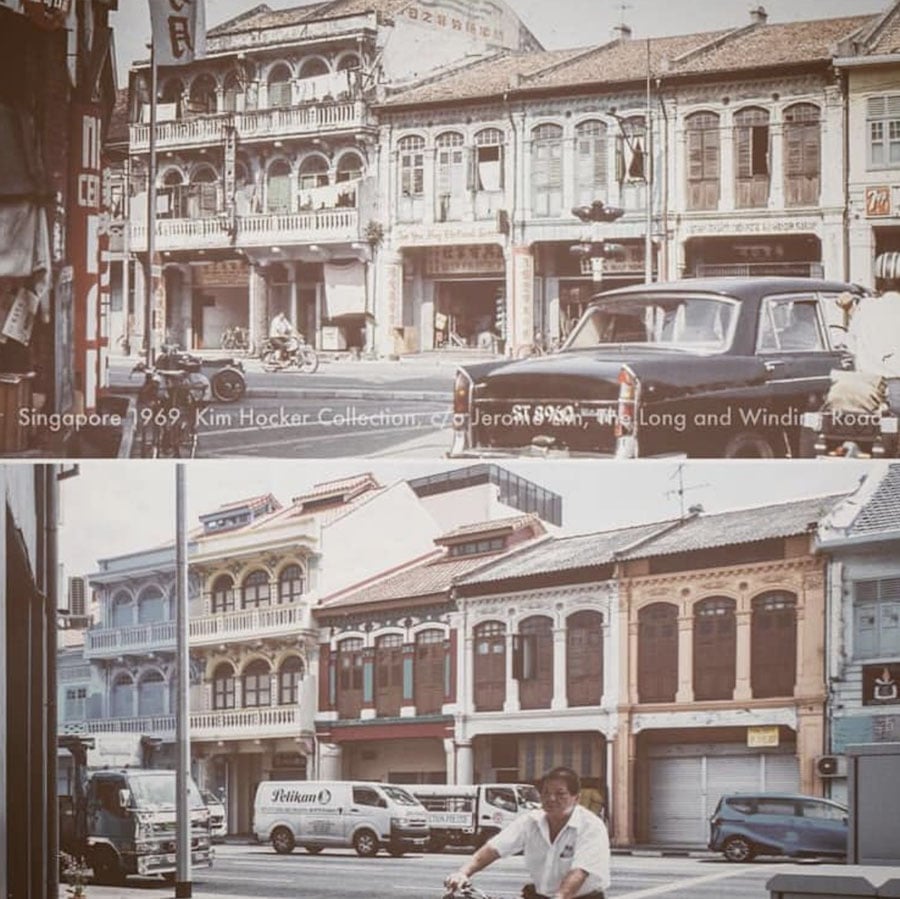 The corner of Serangoon and Balestier is one of the few places where time stood still. While shops have come and gone, the charcoal shop, a kopitiam turned lounge and the Singapore Institute of Science still reside in the area. 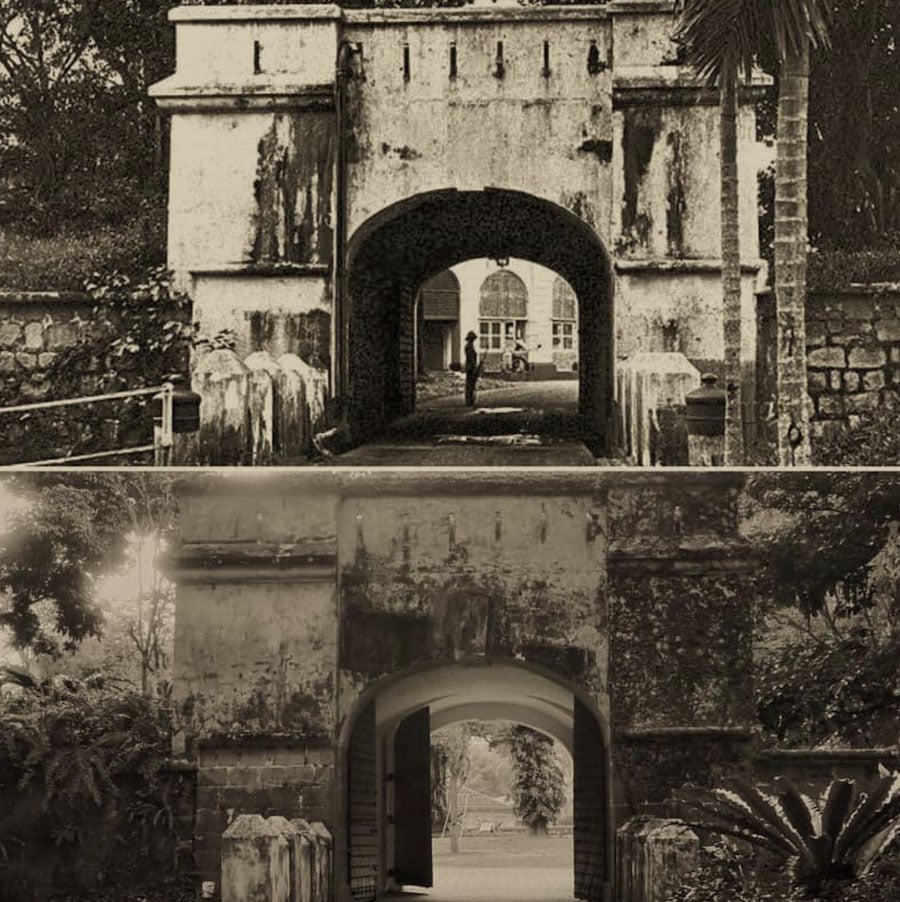 The Gate of Fort Canning has always been surrounded by trees and lush foliage. But did you know that it was once where a military headquarters was located and a place of refuge during conflicts?

Now that we have Mr Jerome Lim’s compilation, we can better appreciate the country’s accomplishments with a clearer picture of our humble beginnings. While we’ll never see some of these structures in real-life, it’s important to honor the past and look forward to the future.

With so many planned projects and structures, we’re excited to visualise how Singapore’s landmarks will change in the next 50 years.

Do check out The Long and Winding Road for more brilliant content like this, and we hope that Mr Lim continues his labour of love for our 55th birthday & beyond.