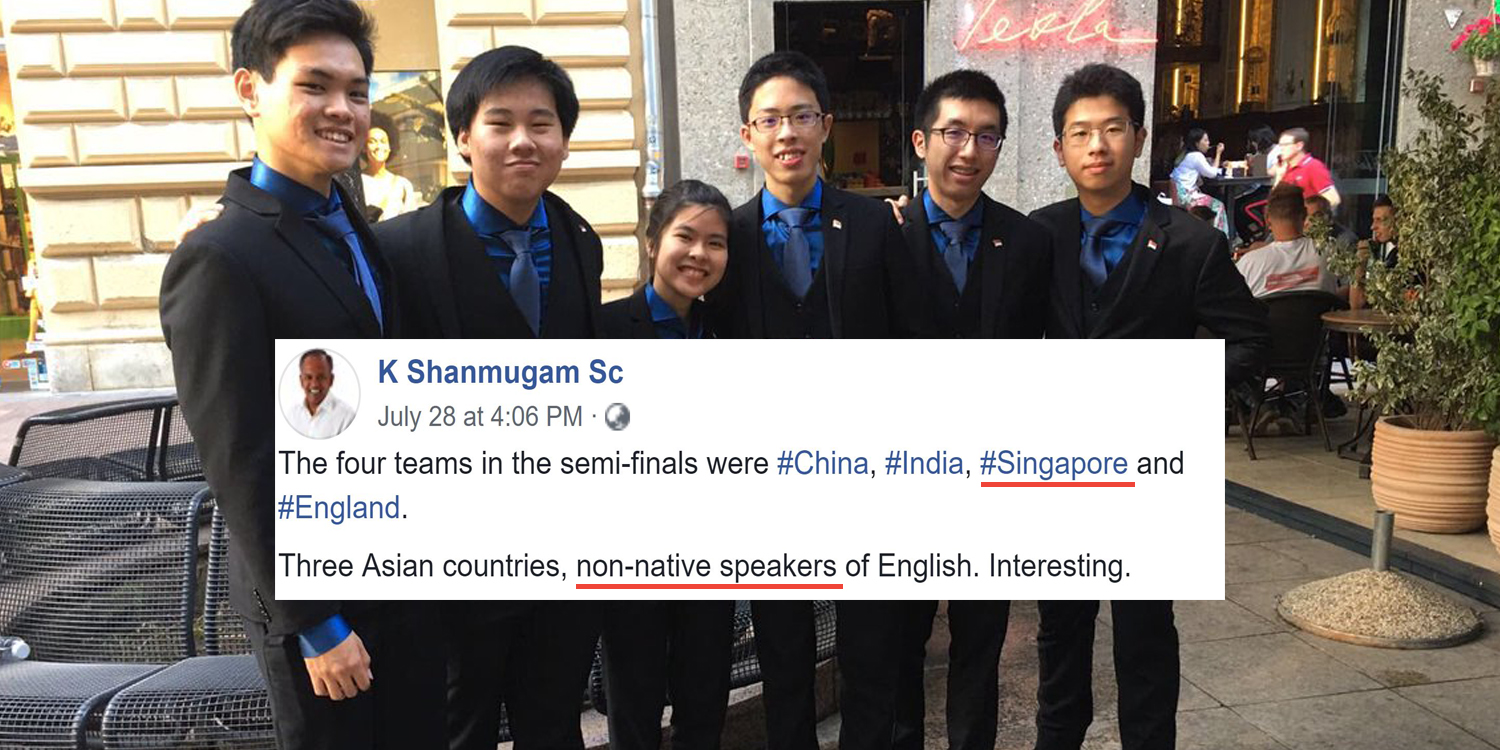 Singapore, has an extraordinary track record in this competition – winning the competition thrice in the past decade,

However, this year, our team lost to India in the semi-finals.

China eventually claimed the trophy after defeating India 5-4 in the Grand Finals.

Coming in 3rd in an international tournament is by no means an easy feat.

But instead of messages congratulating our budding debaters, their achievement was overshadowed by an online debate about our national identity.

What sparked this debate you ask?

Which congratulated the Chinese team, at the same time pointing out that 3 of the top 4 countries this year were in fact non-native English speakers — Singapore included.

Here’s a quick look at some netizen’s responses to Mr Shanmugam’s post.

Naturally, some netizens were quick to jump on whether Singaporeans are indeed native speakers of the English Language or not.

After all, English is the working language of Singapore and most would have undergone English lessons during their time in school.

Others chose to look on the bright side.

Some cleverly pointed out that debating is more than just about one’s language proficiency.

Some netizens, however, felt that most people were missing the message Mr Shanmugam was trying to get across.

That the world is changing day by day, and no advantage is exclusive to any single country.

Regardless of the responses on social media, we think coming in 3rd in an international competition is an incredible achievement.

Our team of debaters should feel extremely proud of themselves.

But for the sake of a debate, would you consider yourself a native English speaker as a Singaporean? Let us know in the comments below.