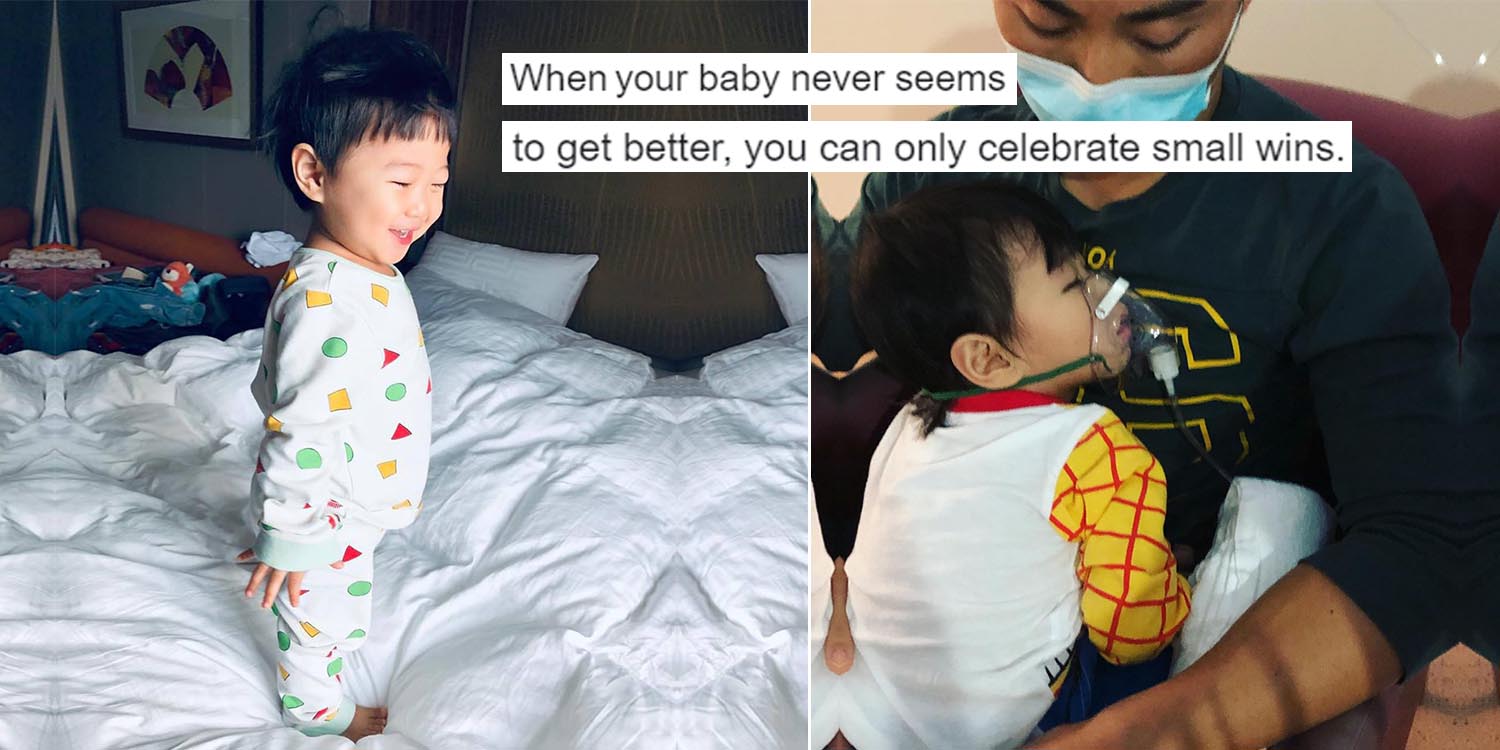 Caring for a sick child may be heartbreaking, but most Singaporeans won’t be able to relate with the situation until it happens to us.

On Monday (22 Jul), Ms Tay Kewei – a Singaporean singer – shared how helpless she felt while caring for her hospitalised child named Momo. He had been confined in the hospital for days due to a lower respiratory tract infection from 3 different kinds of viruses. 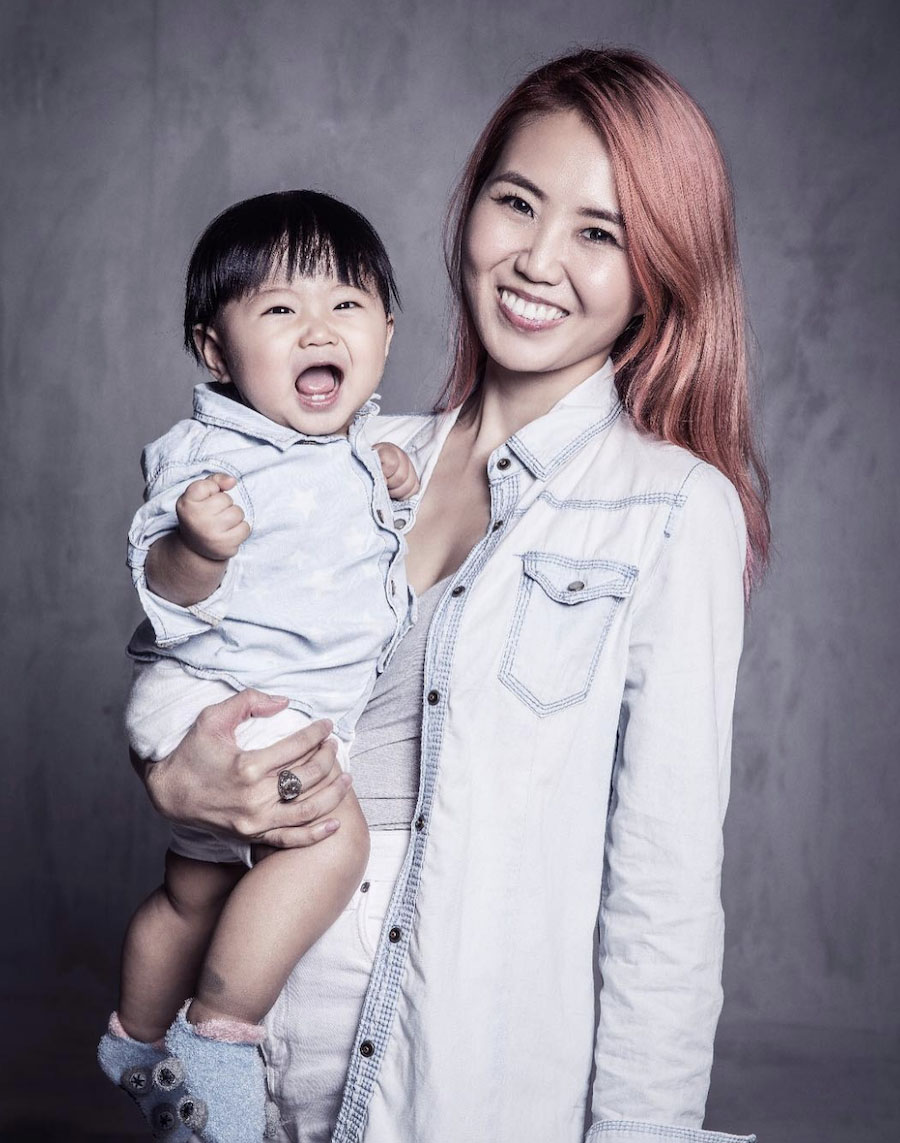 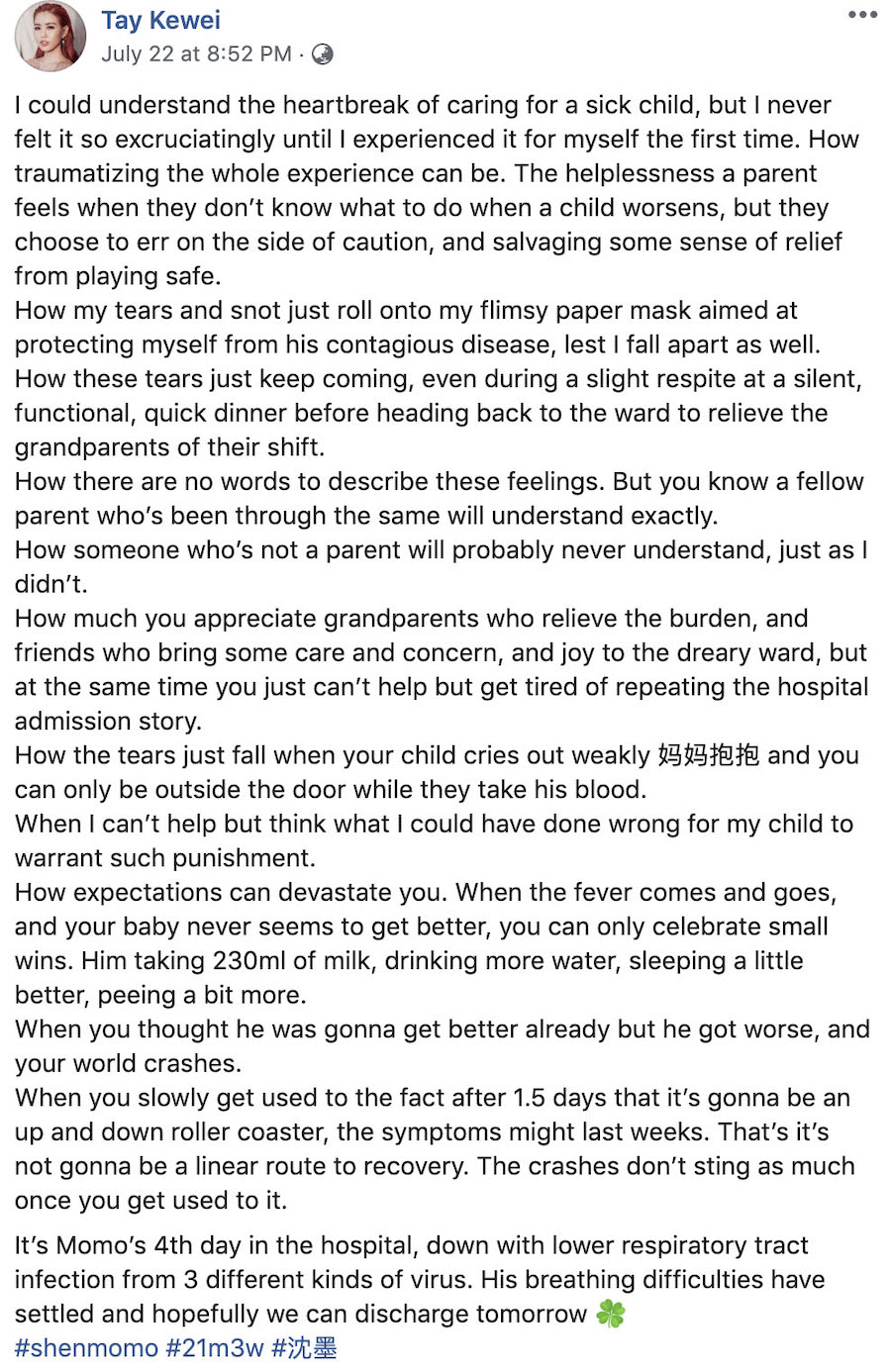 While his breathing difficulties have come to pass, Tay hopes her son will be discharged soon. Here’s her truly heartfelt account about the struggles of parenting.

Caring for a hospitalised child

Tay admits she didn’t understand the heartbreak that comes with caring for a sick child until it happened to her own child.

She felt increasingly traumatised as Momo’s respiratory tract infection worsened over the trying period. Like any mum, she wished with all her might to help him feel better, but understood that there was little she could do to help. 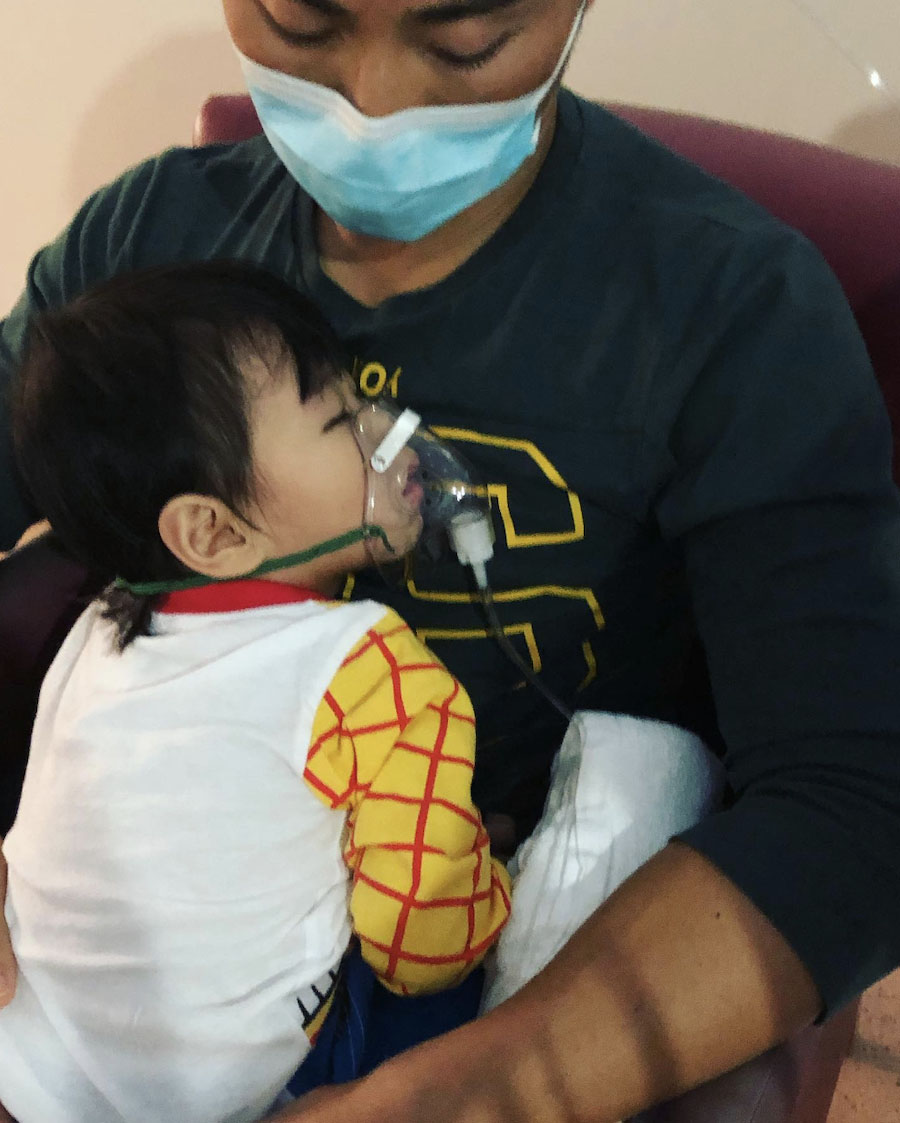 Ms Tay also struggled as a parent to hold her emotions together as she tried to stay strong for her family. She recalls,

My tears…rolled onto my flimsy paper mask aimed at protecting myself from his contagious disease, lest I fall apart as well.

Fortunately, like the old adage says, it takes a village to raise a child. Ms Tay relied on her family and elderly relatives who chipped in to care for Momo in shifts.

On a personal level, however, her tears didn’t cease even during quick dinners or small breaks, before she headed back into the ward.

No words to describe

Tay tried to put her feelings into words and eventually decided that it was impossible to describe.

On the bright side, the elderly members of the family have banded together to help relieve the burden. Likewise, her friends have expressed their care and concern in the hospital ward.

While she’s grateful for everyone who has shown their support, she’s grown tired of explaining the exact reasons for Momo’s hospital admission to every person who asked. Kewei also describes the emotionally charged moment when her child cried out,

Sadly, she could only stay outside the door and watch helplessly as doctors took his blood.

Tay couldn’t help but question her past actions for her child to warrant such a “punishment”.

The pang of expectation

They say expectation is one way we hurt ourselves, and she never felt its devastation so acutely.

When Momo’s fever comes and goes, and he never seems to get better, she can’t help but celebrate small wins.

She’s grateful whenever he takes 230ml of milk, drinks more water, sleeps a little better and urinates a bit more. 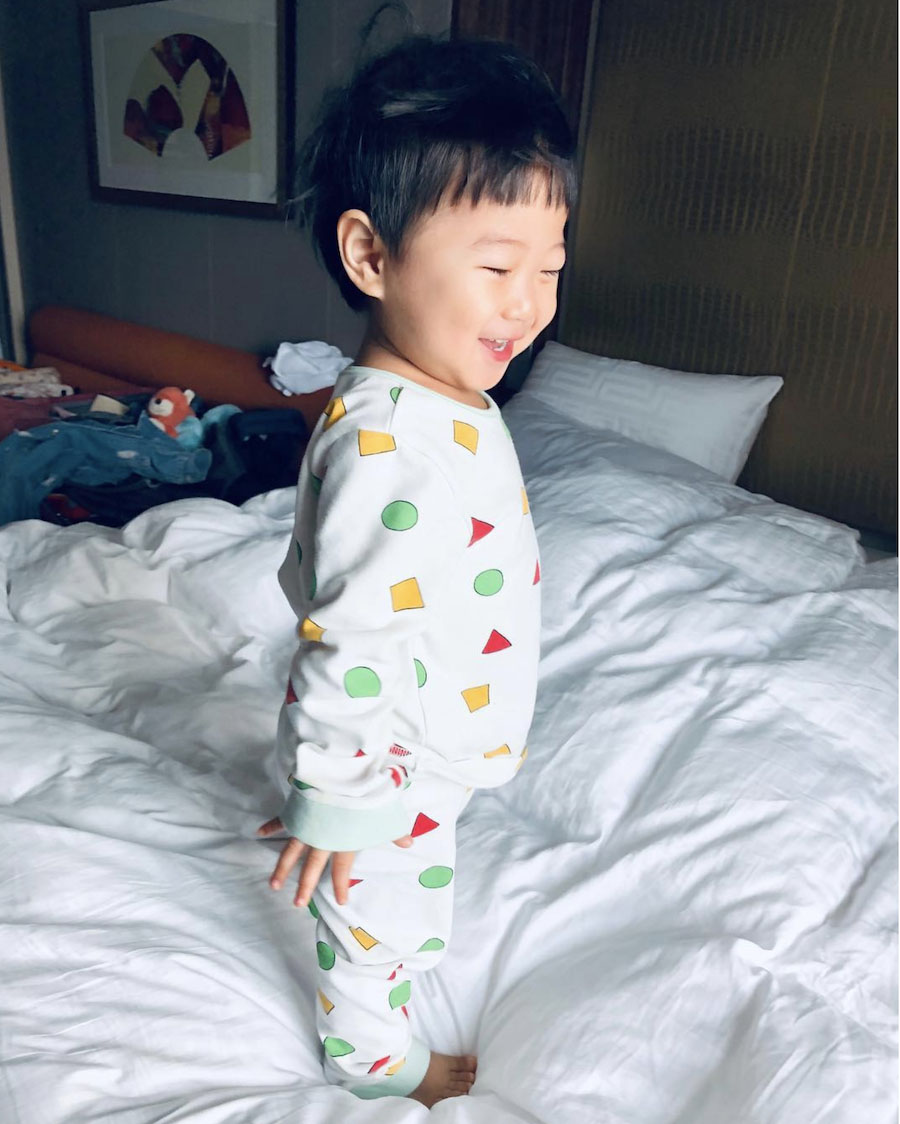 Unfortunately, the improvements aren’t constant and there’s no linear route to recovery.

When you thought he’s gonna get better…but he got worse, and your world crashes.

Tay has slowly gotten used to having her emotions change course as swiftly as a rollercoaster ride.

She reveals that Momo’s symptoms might last weeks, but the crashes don’t sting as much, once she’s managed to get used to them.

According to Tay’s post, Momo would have been discharged on Wednesday (23 Jul). However, she has not posted updates about his current condition.

MS News sincerely hopes that Momo will get well soon and have a successful recovery.

Do you know what it’s like to care for a sick child? Got any stories that you’d like to share? Let us know in the comments below.