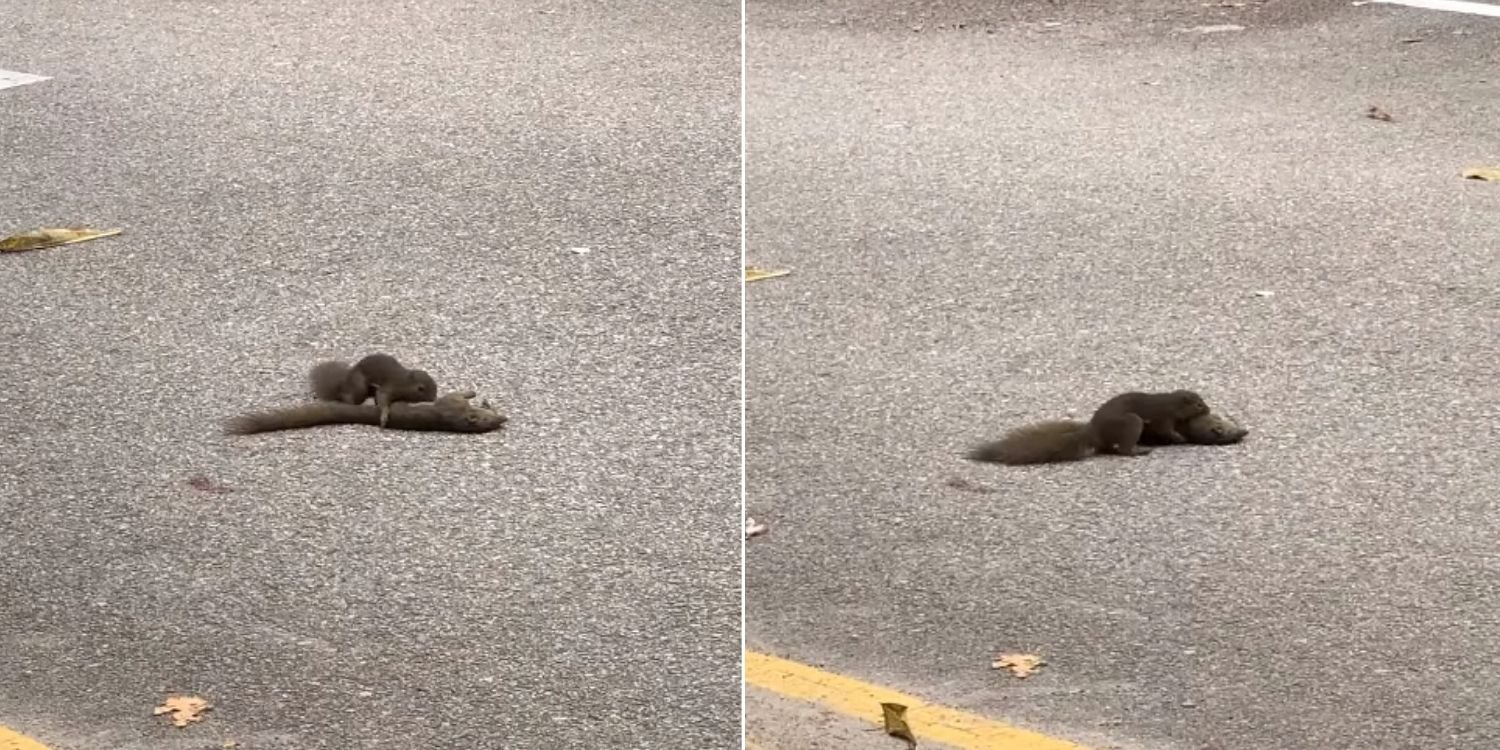 Being a garden city, wildlife encounters are a regular occurrence in Singapore. While animals have learnt to live in our modern city, some that wander into urban spaces do meet unfortunate fates. One squirrel sadly didn’t survive after a hit-and-run accident on Monday (13 Sep), leaving its partner devastated.

Even more tragic is the sight of its heartbroken partner anxiously attempting to revive it. 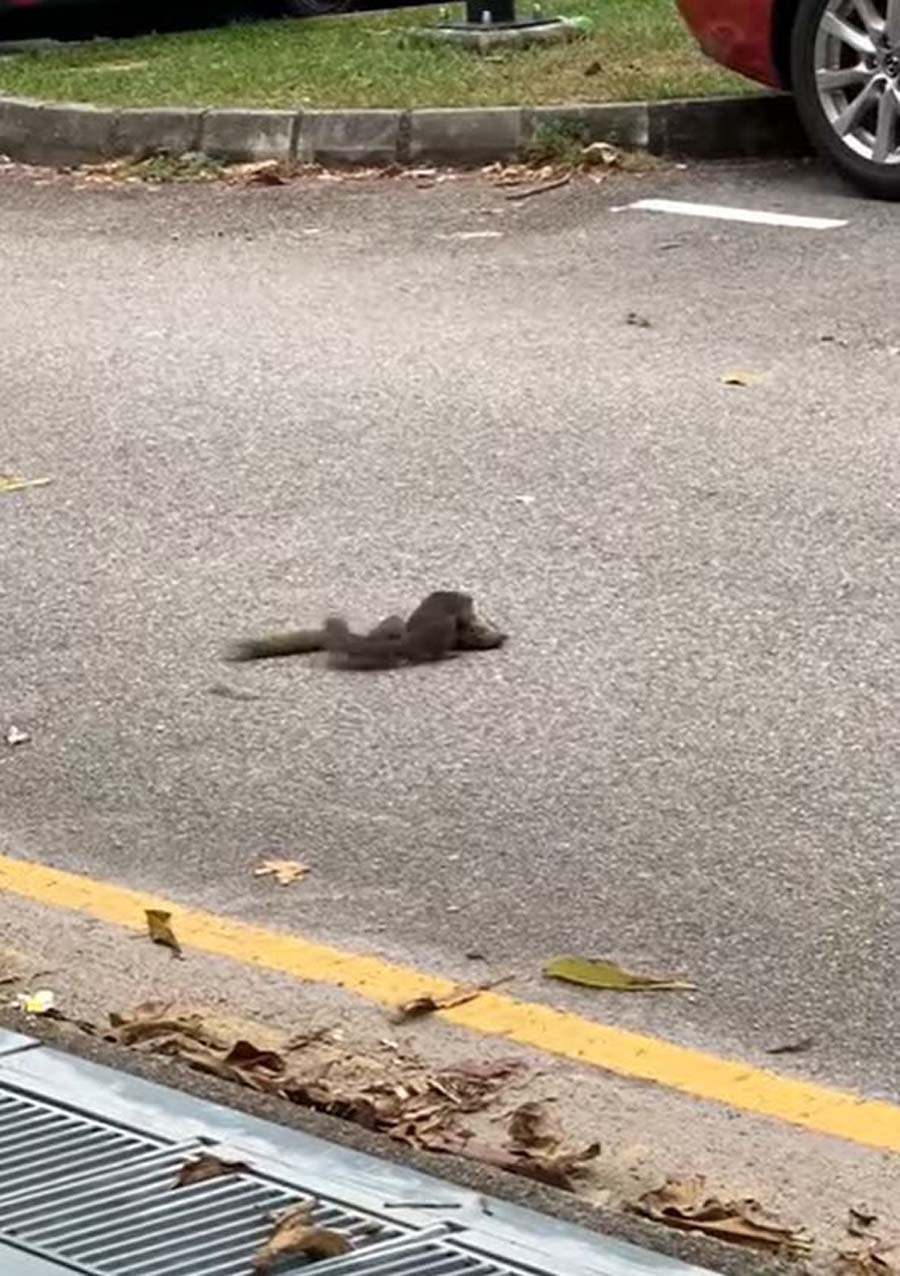 Upon viewing the post, netizens collectively mourned the harrowing loss.

On 13 Sep, a netizen shared his encounter with 2 squirrels to the Nature Society (Singapore) Facebook group.

The squirrel apparently became a victim of roadkill when it wandered across the road. To add to the heartbreak, what seemed to be its partner was seen anxiously checking on its carcass, perhaps in hopes of reviving the dead creature.

In its panic, the animal frantically checked on the body and held its face, as though wishing its partner would come back to life. Despite its desperate attempts, nothing could bring its partner back.

Near the end of the video, the squirrel left when it detected an approaching human. 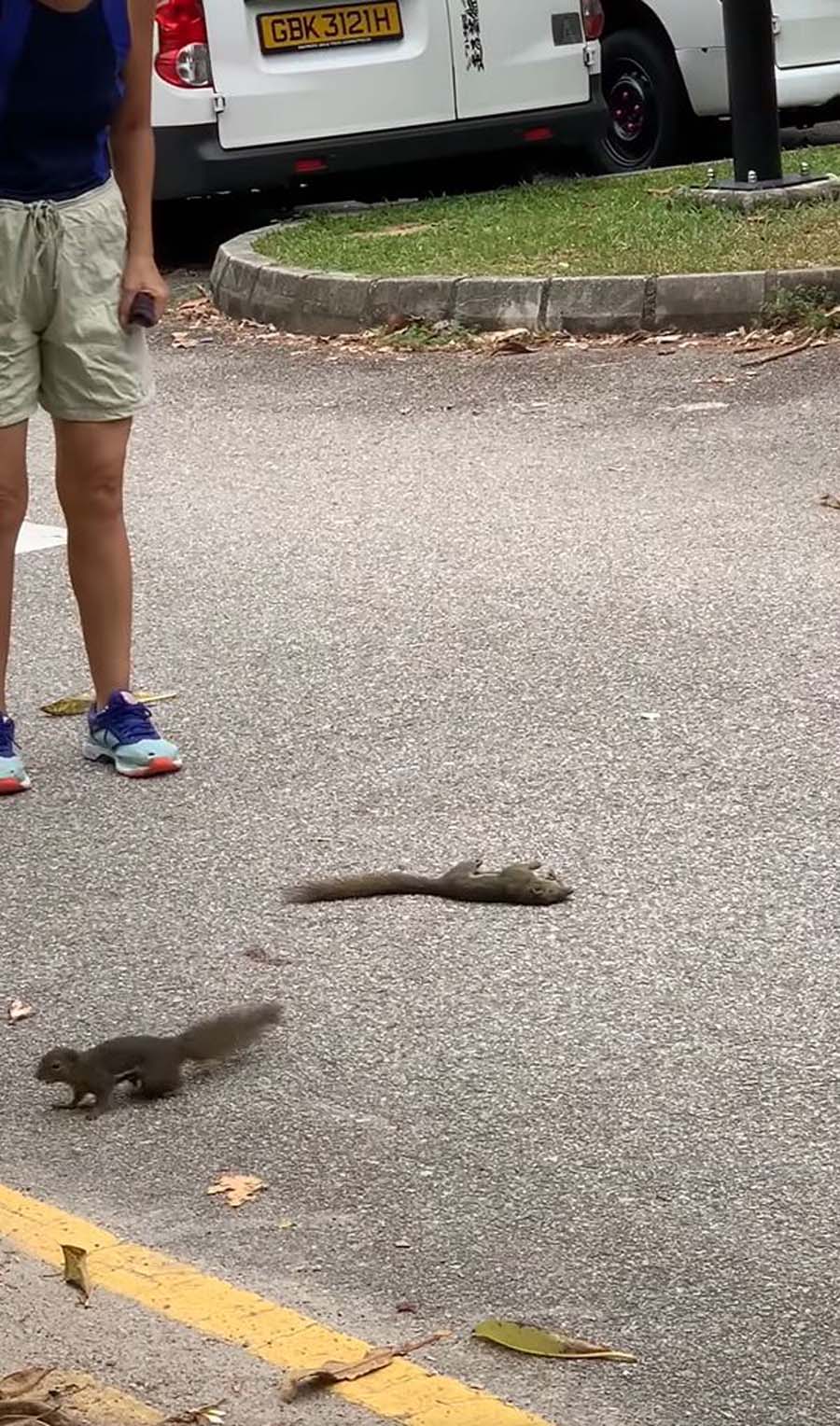 According to the post, the carcass was removed and placed beneath the tree where the squirrels used to hang out.

Much like humans, animals are also capable of grieving their dead. The relatable sight prompted other netizens to grieve the star-crossed lovers and share their thoughts in the comments section.

If there is a next life, this netizen hoped that the couple would be reunited.

Another concerned netizen commended the person who moved the squirrel’s carcass towards the tree. Even in death, those that loved the deceased squirrel could stay with and spend time with it.

One netizen advised locals to move animal carcasses to the side of the road if it is safe to do so. This is to prevent additional roadkills should the carcass draw curious scavengers or other animals.

Countless wildlife sightings remind us time and again that nature is closer to us than we think. Harmless creatures, especially, may cross our paths when we least expect them to.

Thus, we urge drivers to remain vigilant at all times to avoid both human and wildlife-related accidents.

Locals that spot an animal carcass should get in touch with the following hotlines: