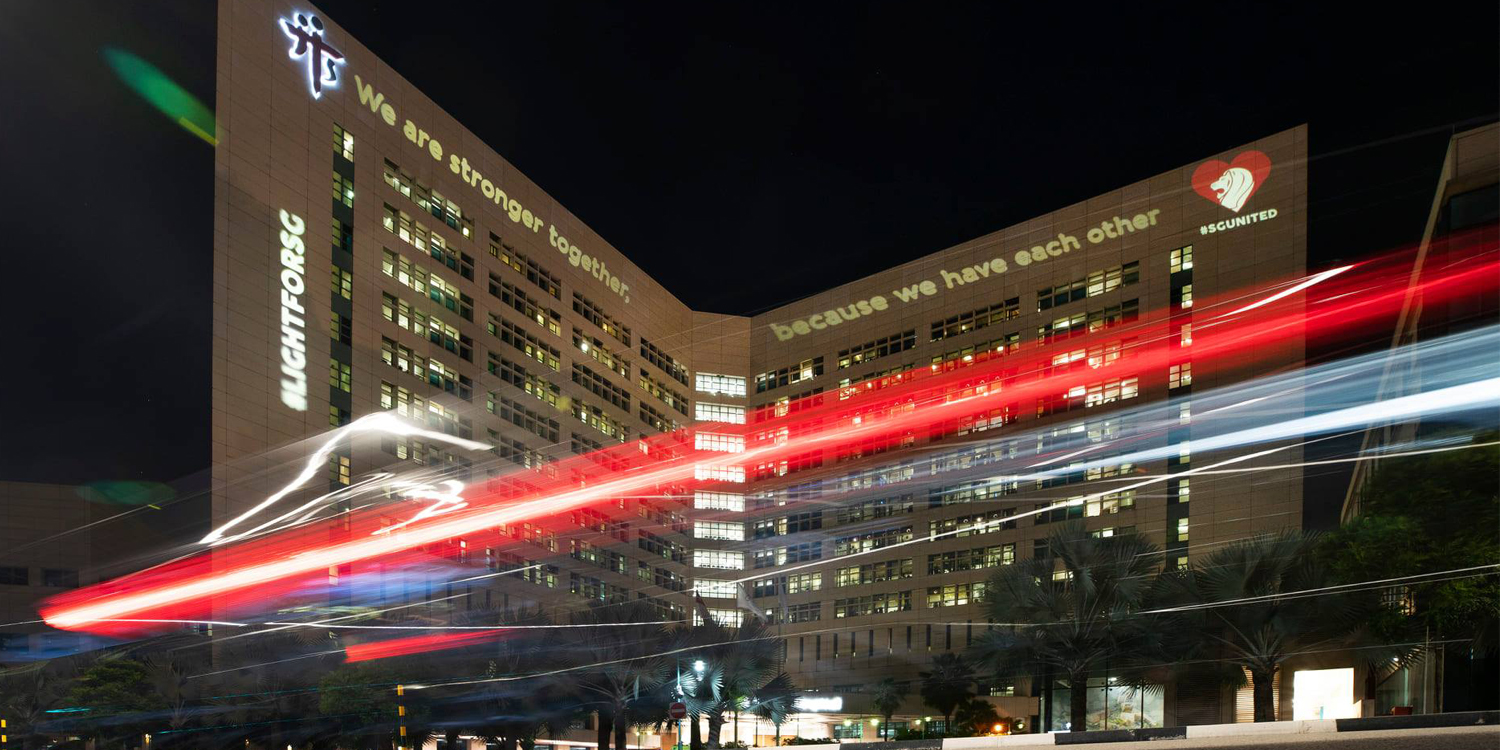 The lights will only be on till 26 July.

Cooperation and unity are values we need to get through these trying times—and it seems PM Lee and Tan Tock Seng Hospital (TTSH) believe the same.

On Friday (23 Jul), PM Lee shared that TTSH had lit up its facade with a strong message which will be displayed until Monday (26 Jul). In collaboration with the #LightForSG movement, it aims to boost public morale during P2HA. 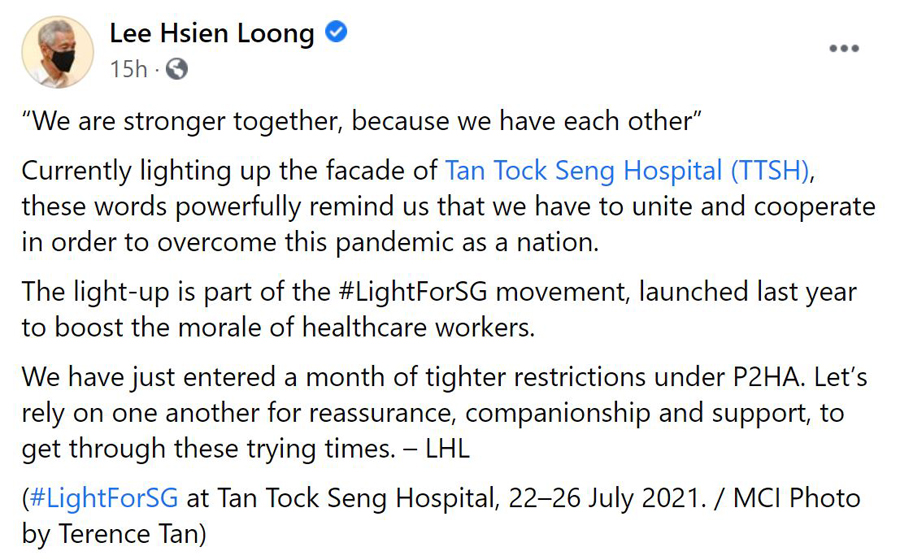 Hopefully, the compelling words will remind us to be resilient as a nation.

If you passed by TTSH in the evening recently, you probably noticed it was beaming with a powerful message.

For those who couldn’t catch the words, PM Lee shared the inspiring quote in a recent post,

We are stronger together, because we have each other.

Stretching across the hospital’s facade, the words appear almost in the formation of a warm and inviting hug. 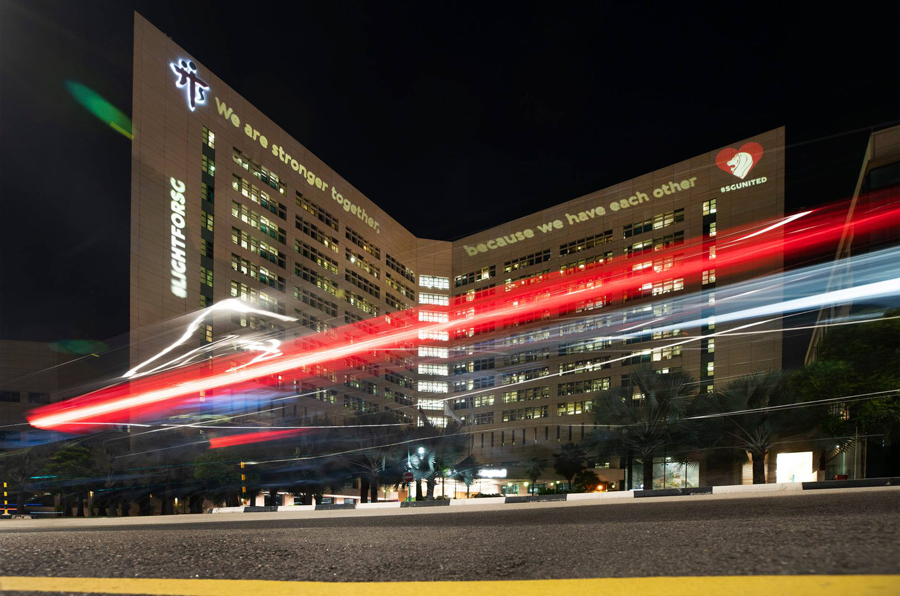 PM Lee believes this serves as a reminder for us to cooperate and overcome the pandemic together.

Though Singapore has returned to P2HA, this turbulent period won’t last forever. He believes that we can help each other through support, reassurance, and companionship.

The light display is part of the #LightForSG movement which started in 2020.

In August 2020, Changi General Hospital was illuminated with the Singapore flag and ‘thank you’ messages for healthcare workers.

Marina Bay Sands Lights Up To Cheer S’pore On, Brings Hope We Need During ‘Circuit Breaker’

Since we’re all enduring hardships together, we hope these encouraging words will remind everyone to keep going and help those around them.

A reminder to come together amid turbulent times

As we adjust to tighter restrictions yet again, the tendency to feel frustrated or demoralised may be normal.

But we should remember that our collective resilience has helped us conquer obstacles countless times, so let’s keep our spirits high as we work on overcoming another hurdle.

For now, all we can do is to endure and keep moving forward. Eventually, we’ll be able to get through these trying times.