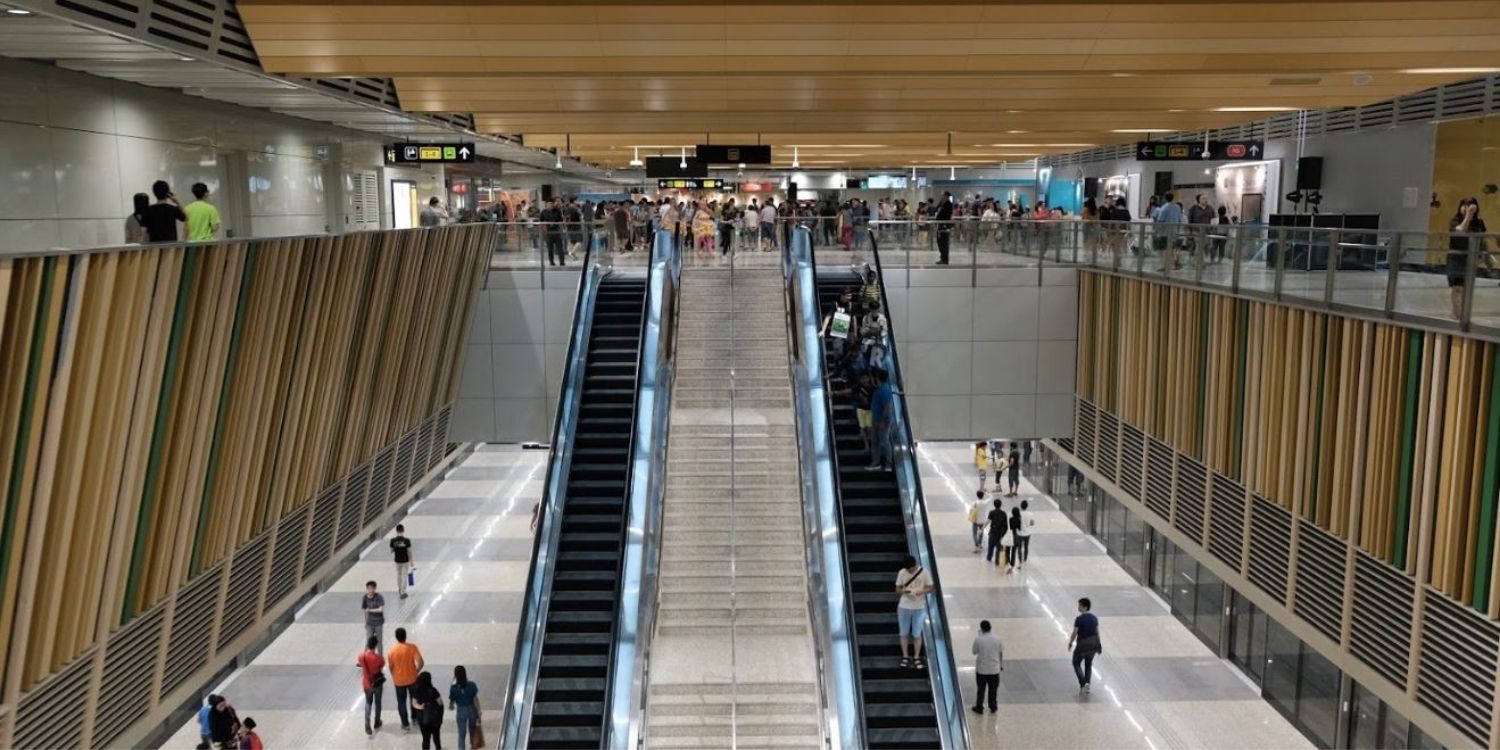 TEL Stations To Close At 9pm Daily Till Year-End, It’s The 2nd Extension So Far

If you’re a Woodlands resident, you would have known that the 3 Thomson-East Coast Line (TEL) stations in the estate had reduced their operating hours since 20 Jul. The measure was supposed to have lasted till 30 Aug, but was extended till 1 Nov.

Now, it’s been extended again till the end of the year, said the Land Transport Authority (LTA) on Facebook.

TEL stations will close at 9pm every day

In a Facebook post on Thursday (29 Oct), the LTA said the TEL stations will close at 9pm every day.

They will also open later at 6.30am on Saturday and Sunday.

This will be in effect up till 31 Dec, it added. More testing for Stage 2 of TEL

The reduction in operating hours will facilitate additional testing of trains and systems.

It’s needed as Stage 2 of the TEL is due to open at an unconfirmed date next year.

It comprises 6 more stations, from Springleaf to Caldecott.

As there will be no shuttle buses provided, residents who’ve been bearing with the reduced operating hours should by now have figured out alternate modes of transport.

SMRT has advised commuters travelling within Woodlands to rely on existing bus services like 169, 856, 901 and 901M.

SMRT has also advised commuters to transfer to the North-South Line (NSL) at Woodlands NSL station, which will be open as normal, if they wish to continue their journey via MRT.

While the continued early closure of the TEL may cause inconvenience to Woodlands residents, the added engineering hours should be put to good use.

They’re necessary to facilitate the opening of the long-awaited Stage 2, whose opening was delayed from end-2020 to early 2021 due to the temporary suspension of contraction works due to the Covid-19 pandemic.

The Government is committed to continuing the project, though, and we can look forward to Stage 2 connecting northern Singapore very soon.