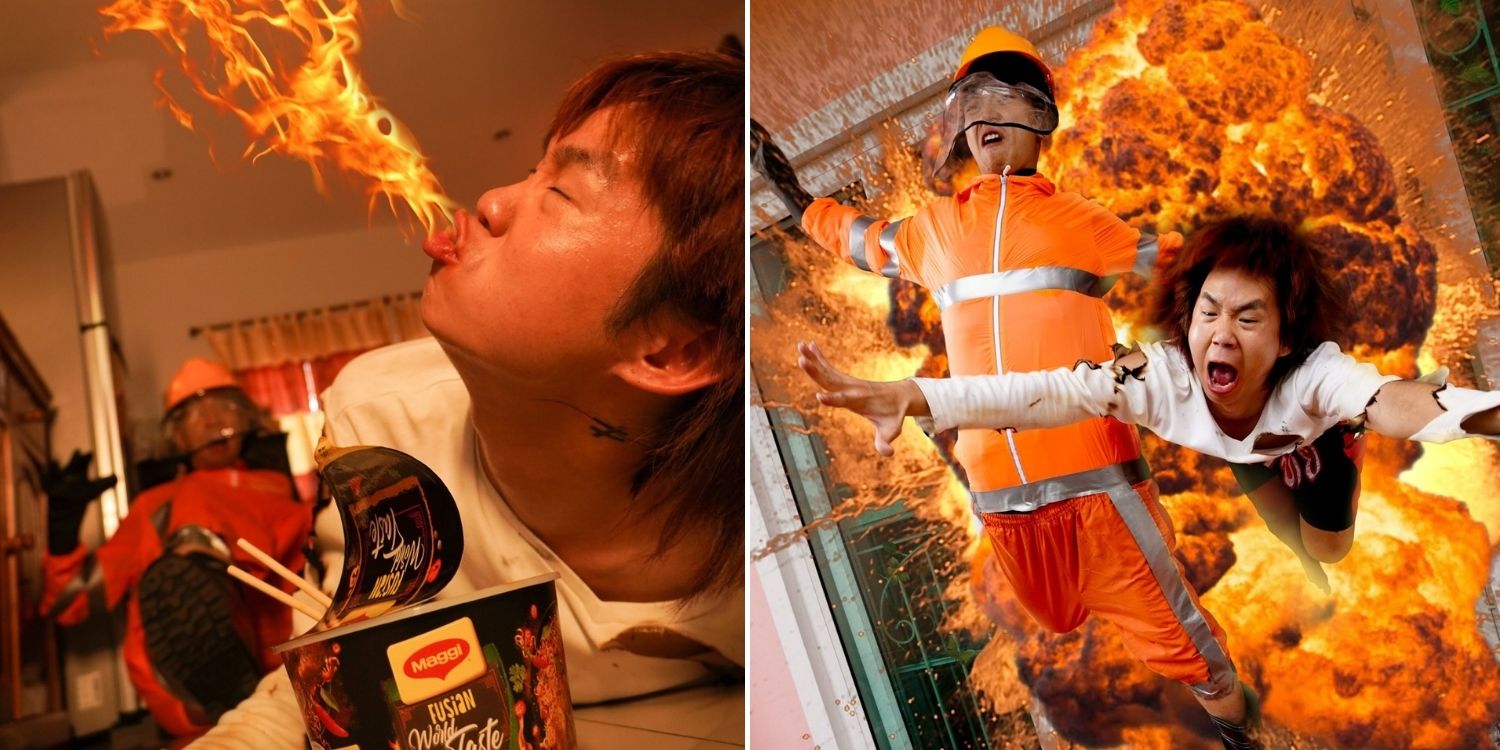 Most Singaporeans can’t get enough of spicy food, and our counterparts in South-east Asia are no different.

A new set of very spicy cup noodles has launched in Thailand, and it’s so spicy that an advertisement has been produced to show just how spicy it is.

The ad in the form of a series of photos was uploaded to Facebook on Friday (27 Nov), and judging from the online reaction, it has already caught on like a house on fire — aptly.

Like many Thai ads, it’s totally committed to a nonsensical storyline that, combined with exaggerated visuals, has tickled netizens pink.

House is ‘on fire’

It starts with a house “ablaze” with obviously computer-generated flames, while a shocked auntie looks on. 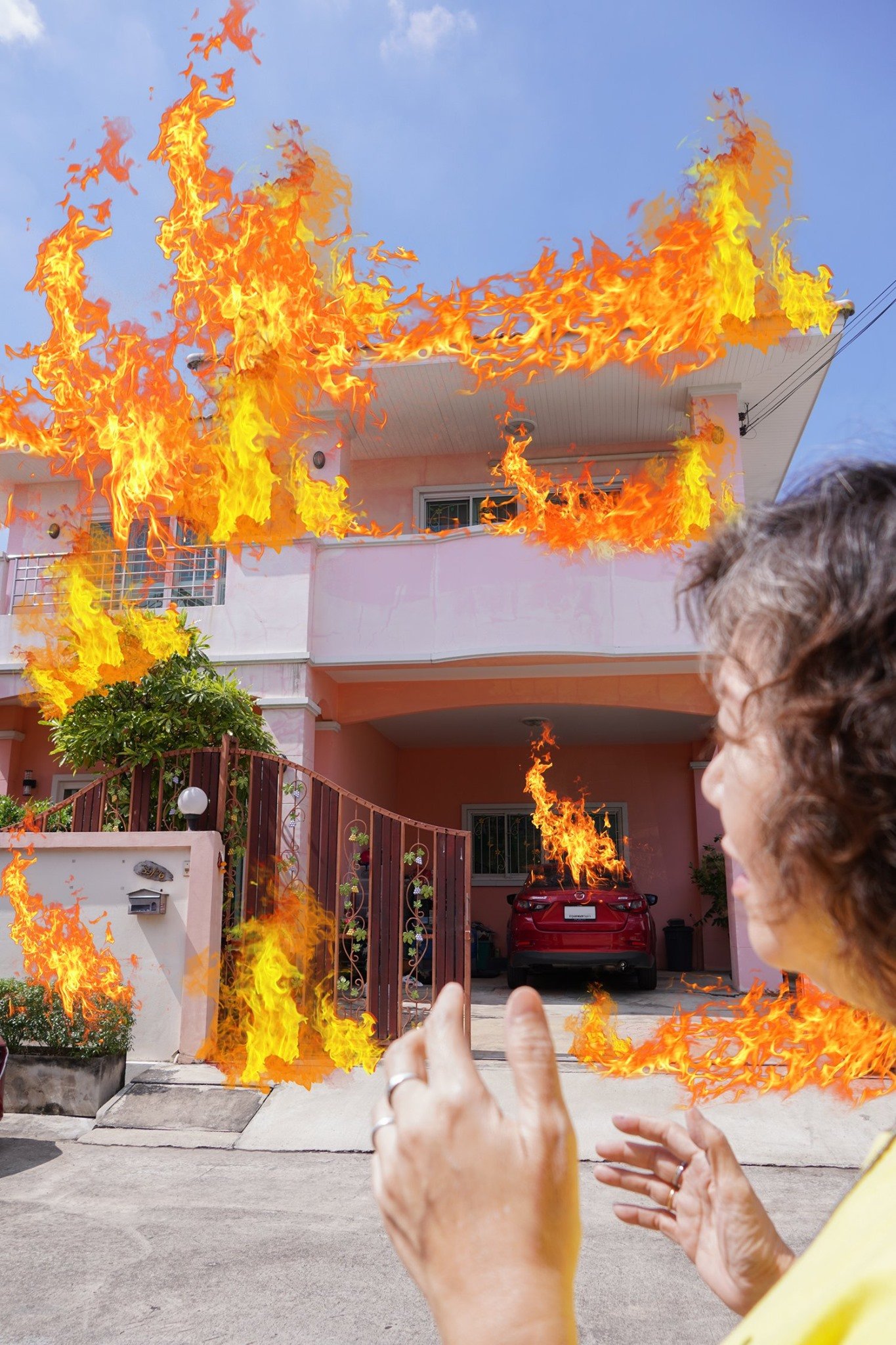 Strangely, despite the house being seemingly engulfed by flames, it looks fairly pristine.

We’d also like to know why there’s no smoke. Looks like though the saying goes “There’s no smoke without fire”, apparently there can be fire without smoke.

Cut-price firefighter comes on the scene

Anyway, a brave firefighter comes to the rescue, armed with just one fire extinguisher and no fire engine or water hose. 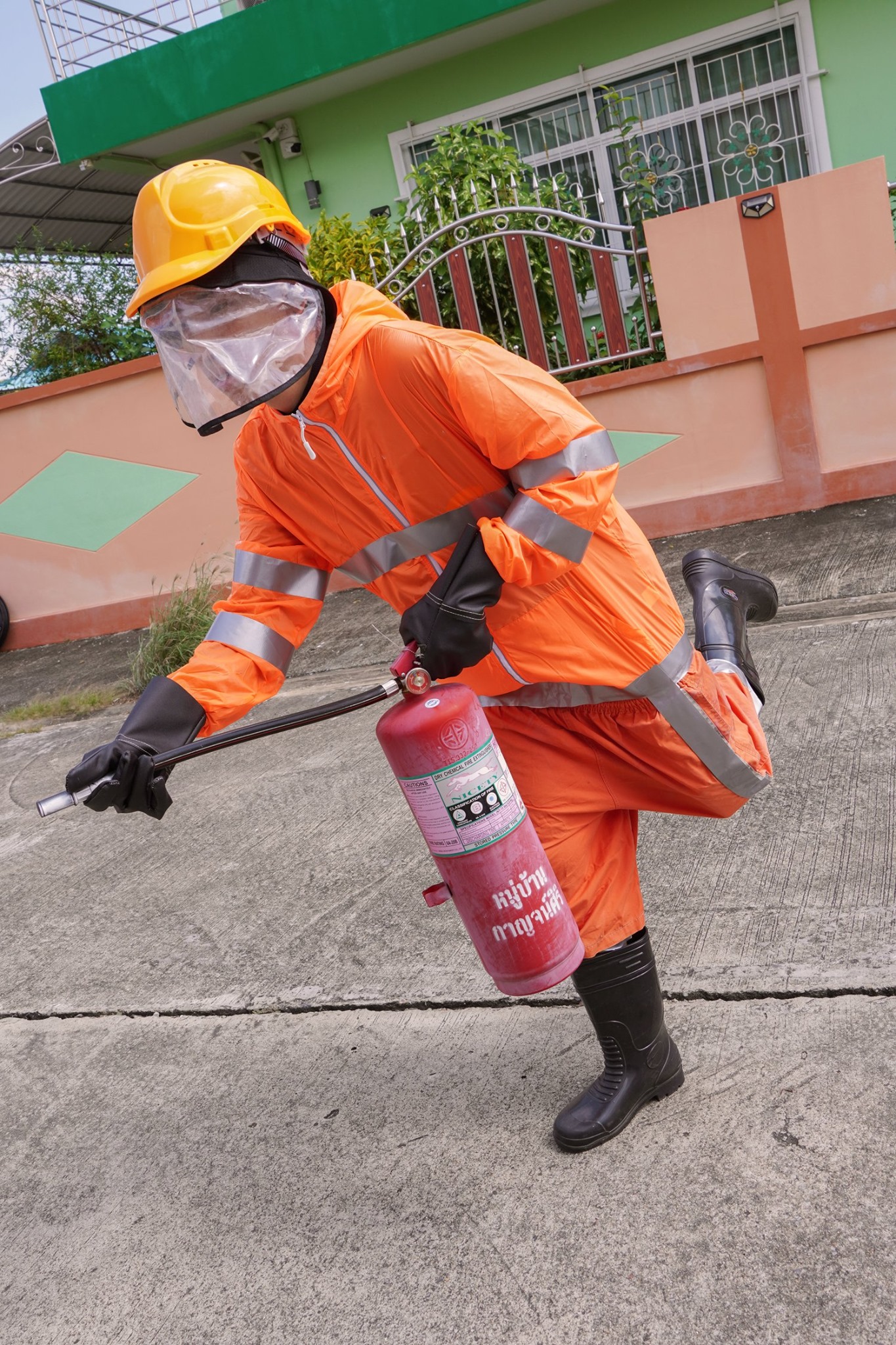 Before he can take action, though, he apparently has to stop to confirm with the auntie that, yes — her house is indeed on fire and it’s not a computer-generated blaze like we all thought it was.

She also helpfully points to the direction of the fire. 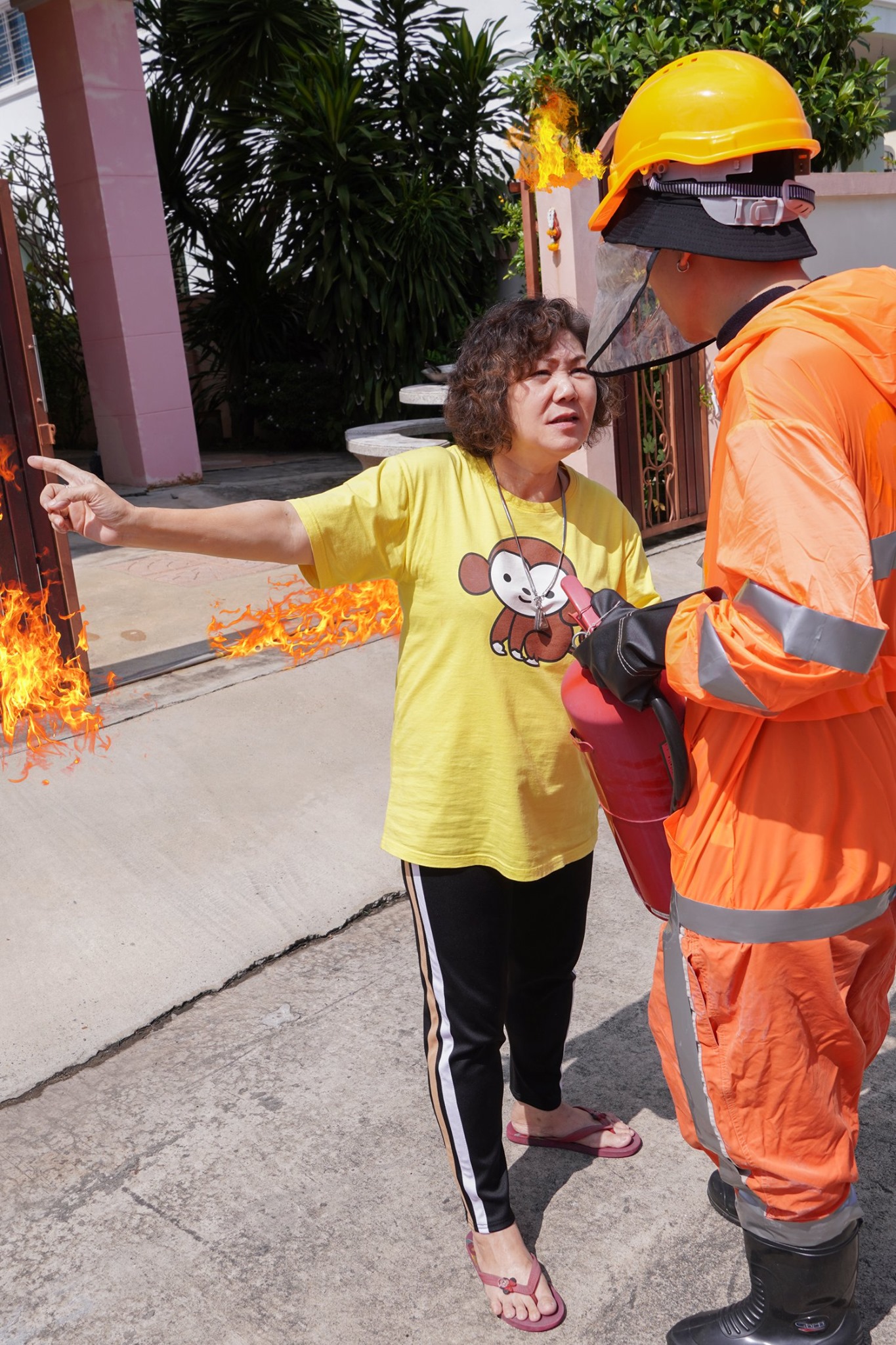 Looks like the cost cutting has extended to employing blind firefighters too?

The intrepid firefighter finally heads in, armed with a trusty fire extinguisher and flimsy face shield versus a entire house of fire. Good luck! 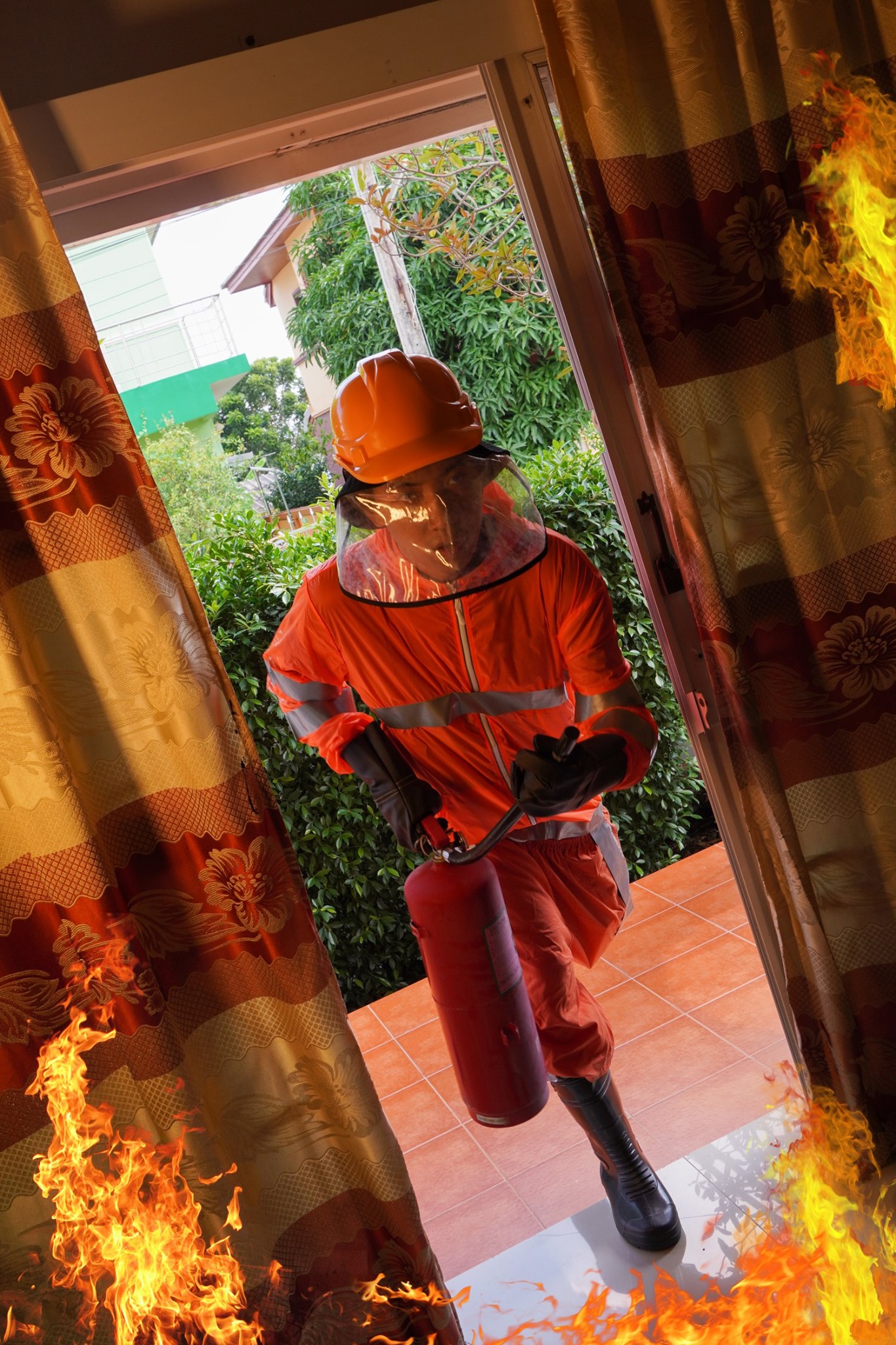 He finds a “body” on the ground, and we fear the worst. 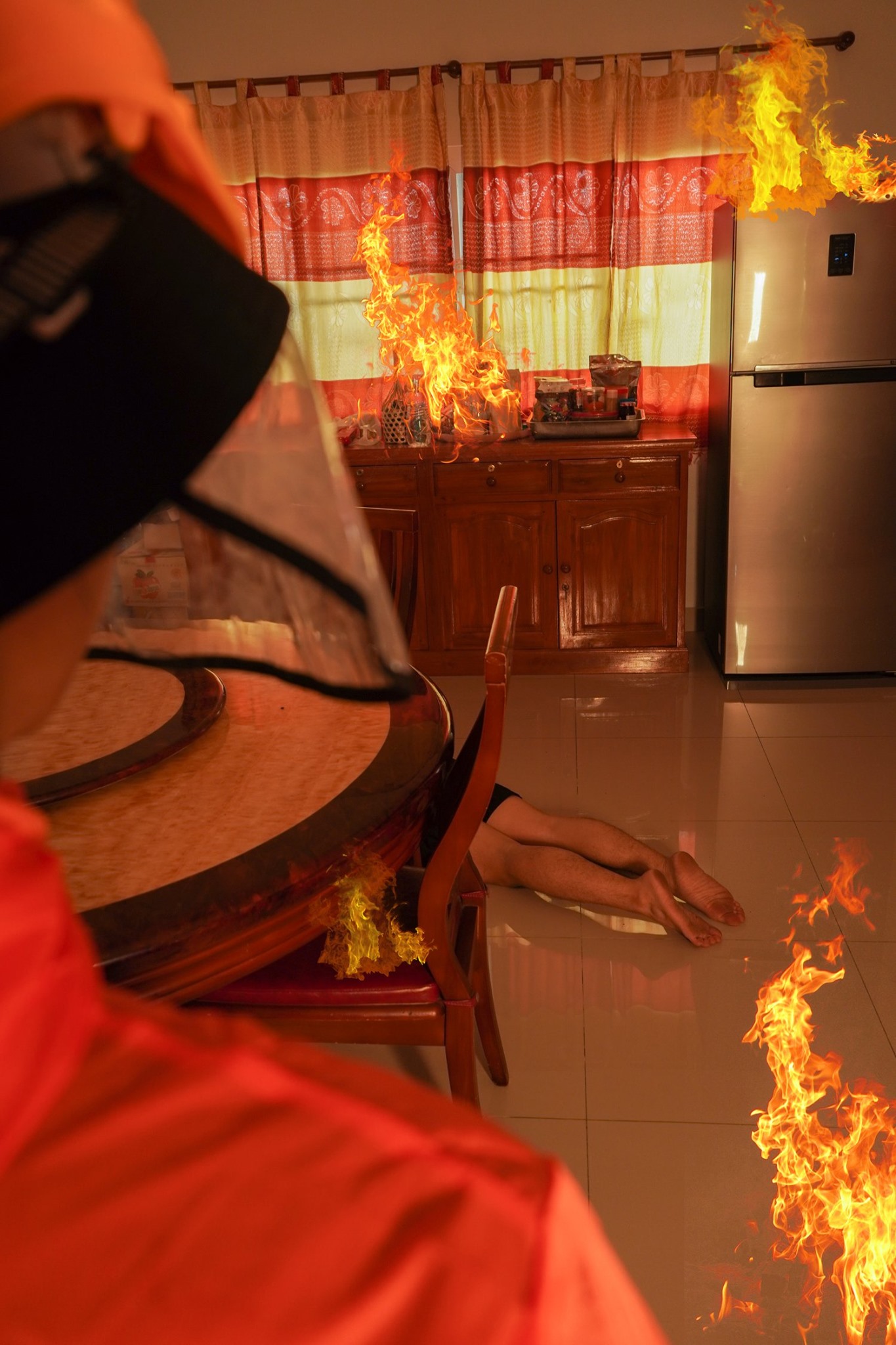 In his rush to the victim’s aid, the firefighter proceeds to leave his fire extinguisher on the floor. (We’ll come back to that later.) We know that because the product placement game is strong — the name of the brand is nicely positioned for maximum visibility. 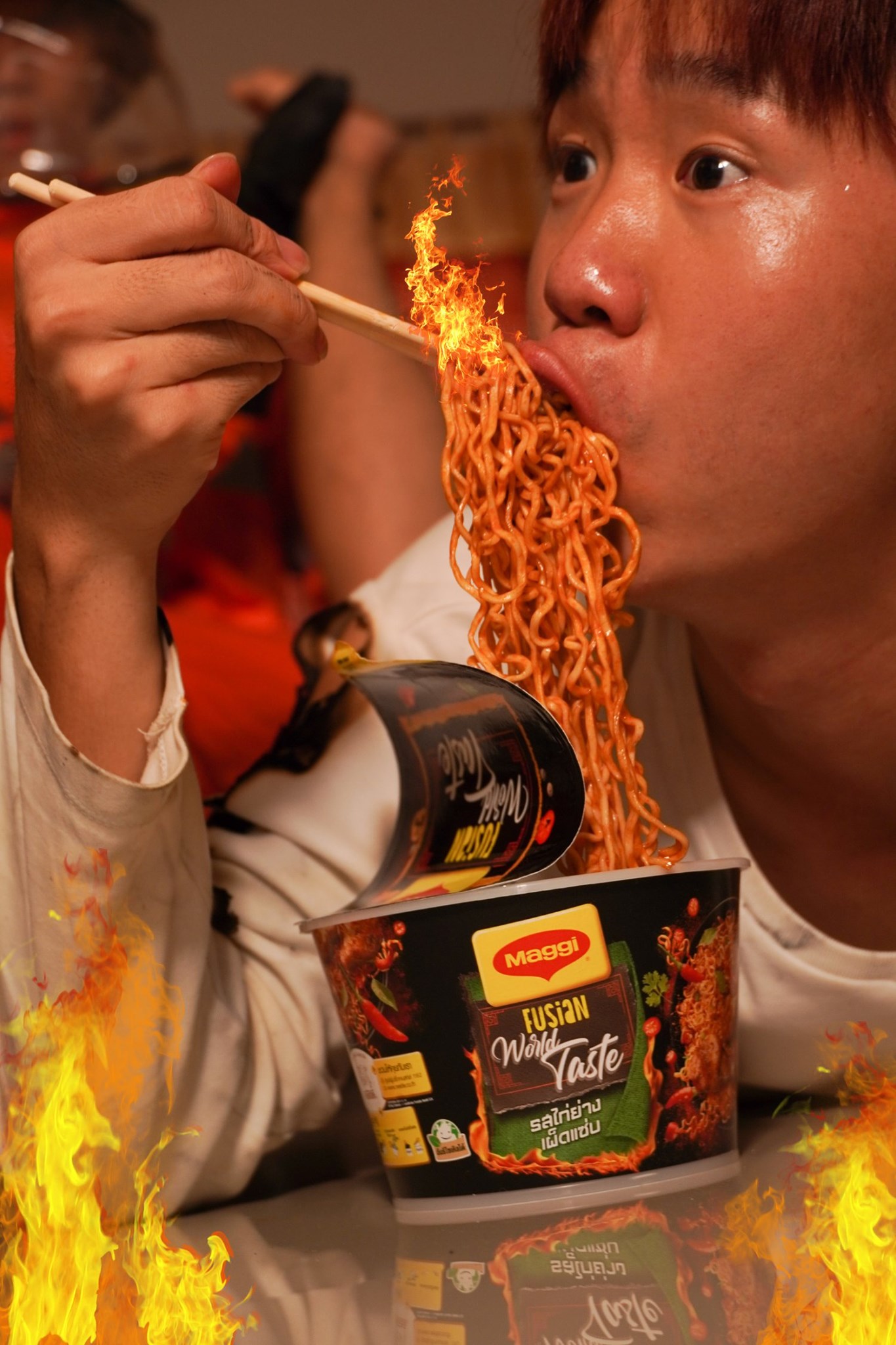 The boy then proceeds to give The Hobbit’s fire dragon Smaug a run for his money by breathing out a plume of fire — and now we know where the fire came from. 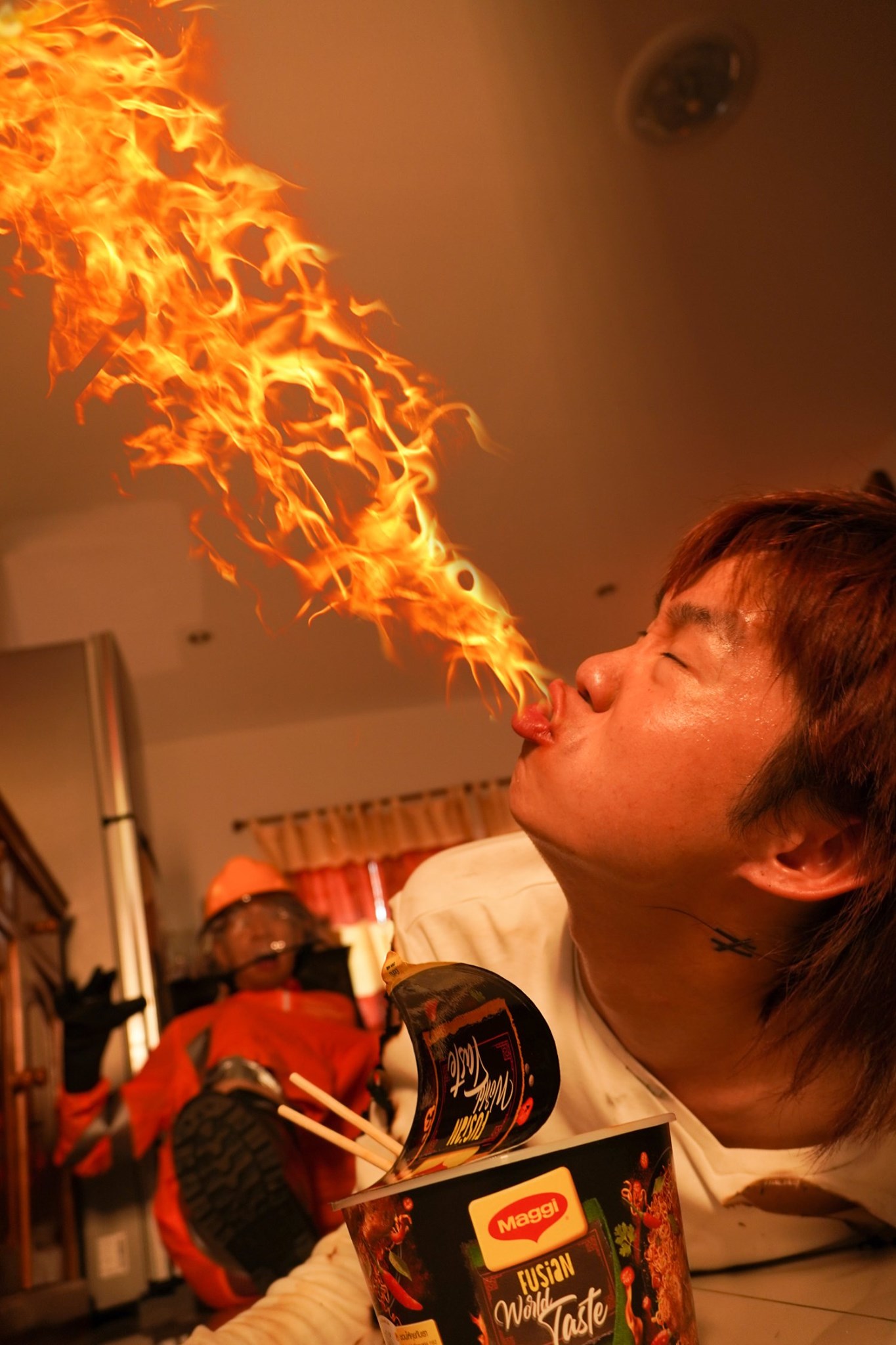 We’re not sure how saying our house will burn down will convince us to buy and eat the noodles, though.

‘Victim’ refuses to be rescued

Having found somebody to rescue, the firefighter’s job is made more complicated.

Apparently, the noodles are so enjoyable the “victim” refuses to be rescued, and puts up a struggle. 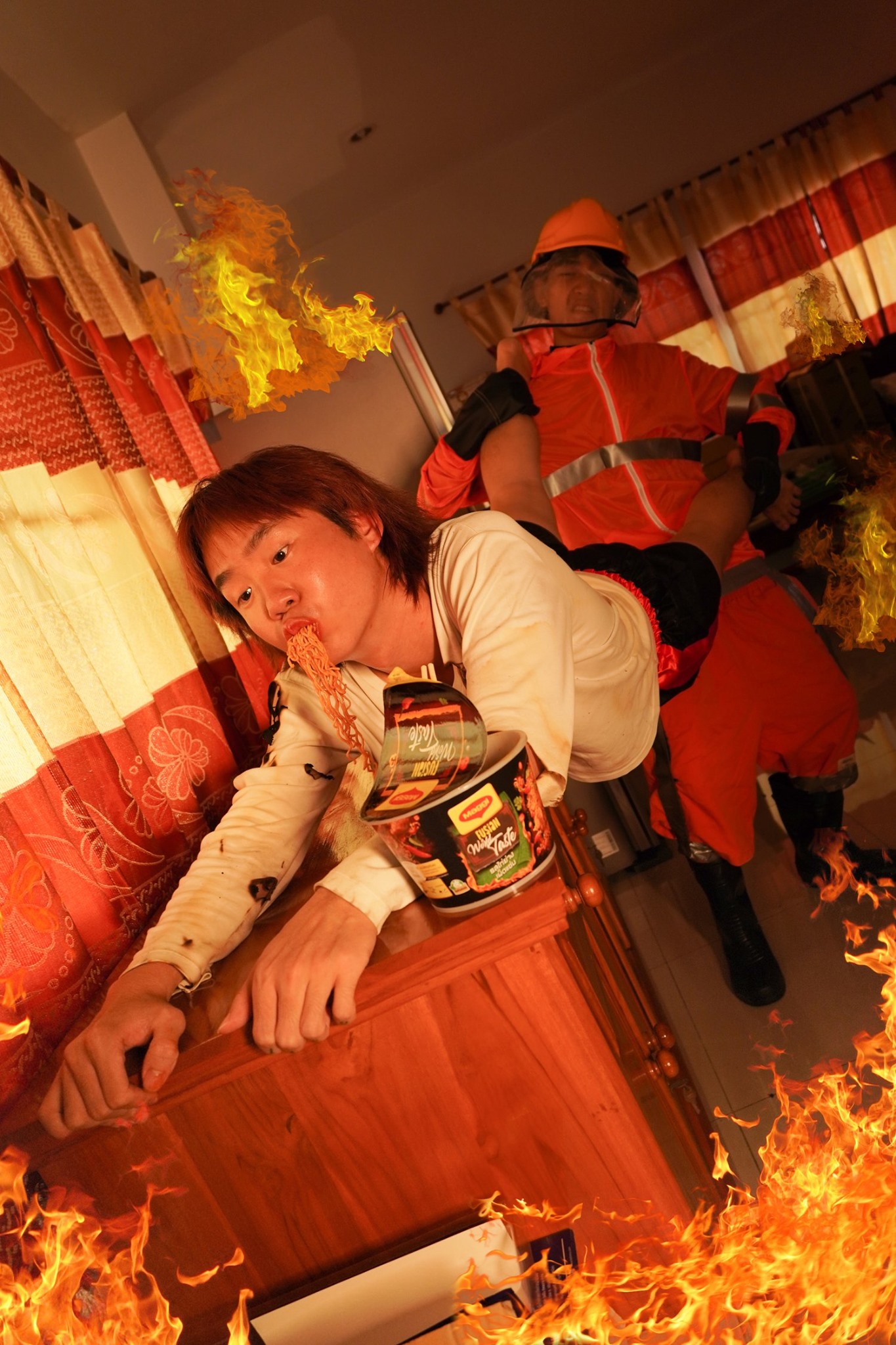 Faced with an uncooperative victim, the long-suffering firefighter does what needs to be done — he sits down and enjoys the noodles together with him, with flames raging around them and his fire extinguisher unhelpfully on the floor.

Kudos to the boy, though, who’s surprisingly willing to share his precious noodles. 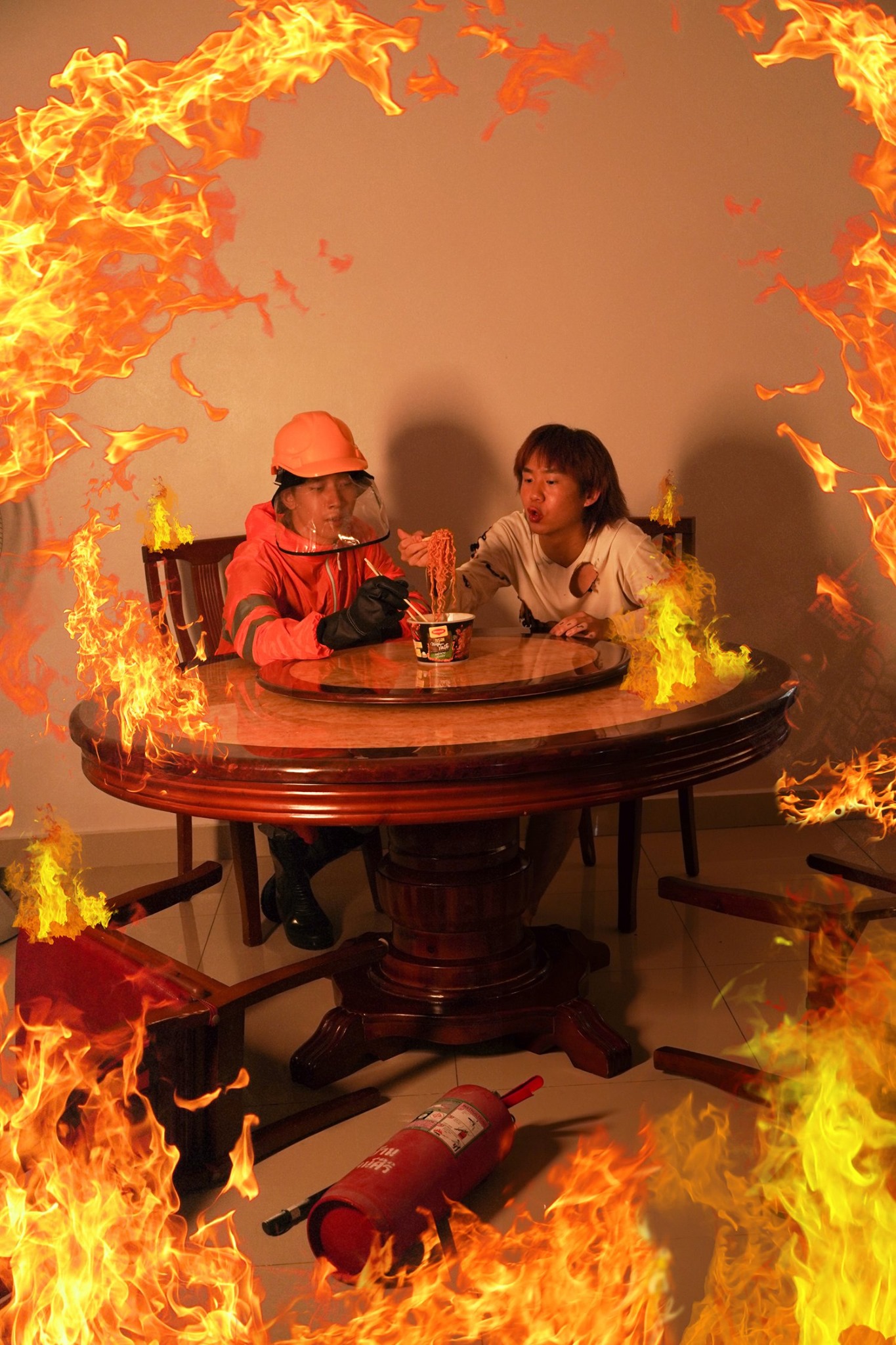 Once they’re done, they can finally get down to the business of escaping from the fire.

They burst out dramatically from the door followed by an explosion. 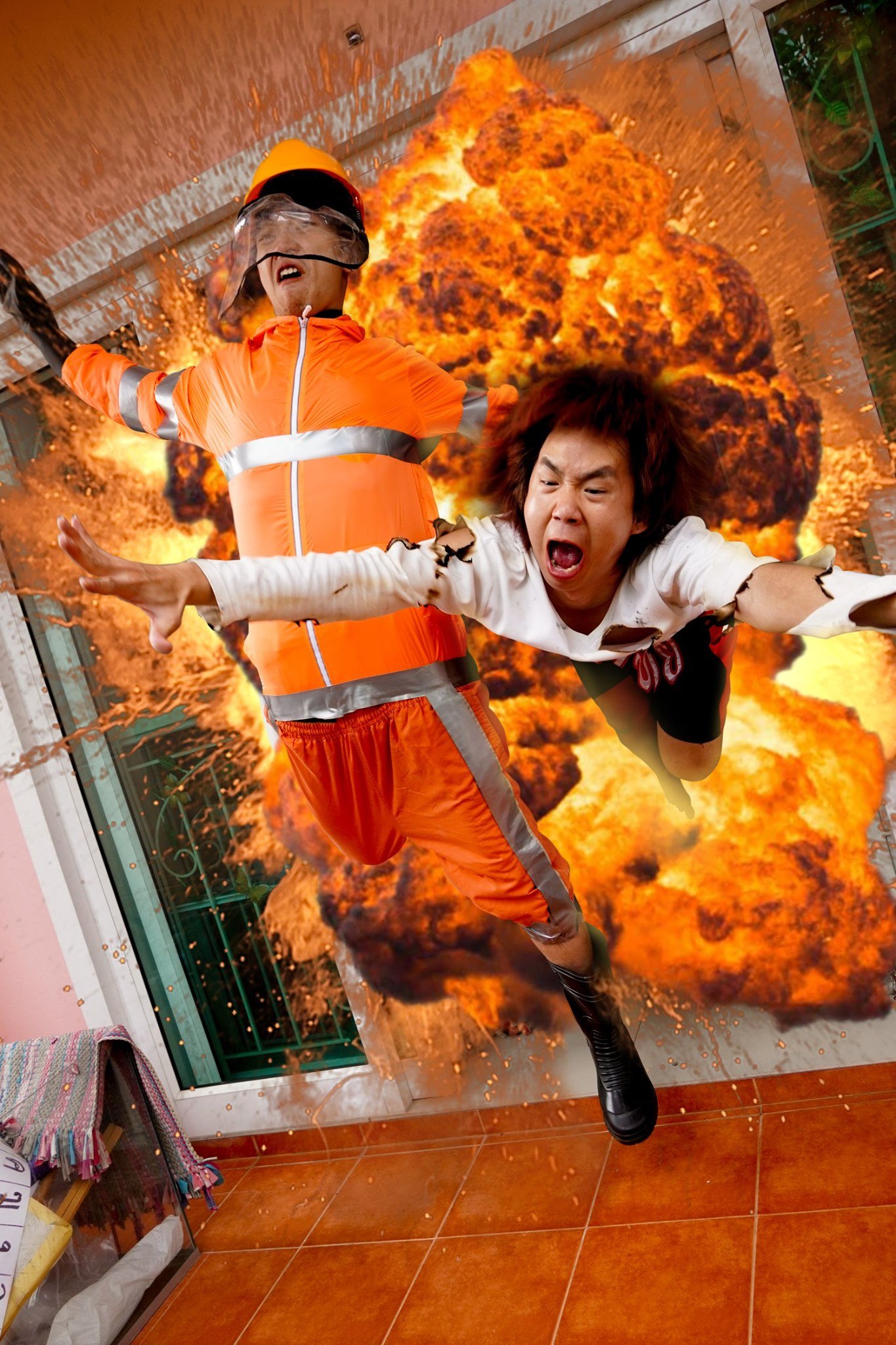 Grateful to the firefighter for saving her son, auntie shakes his hand in front of a still-pristine house apparently undamaged by the explosion that occurred just before.

While the house seems intact, the only thing that appears to be damaged is the boy’s shirt, which has large holes.

And strangely enough, the used fire extinguisher magically reappears next to the firefighter, even though it was clearly left on the floor in the house. 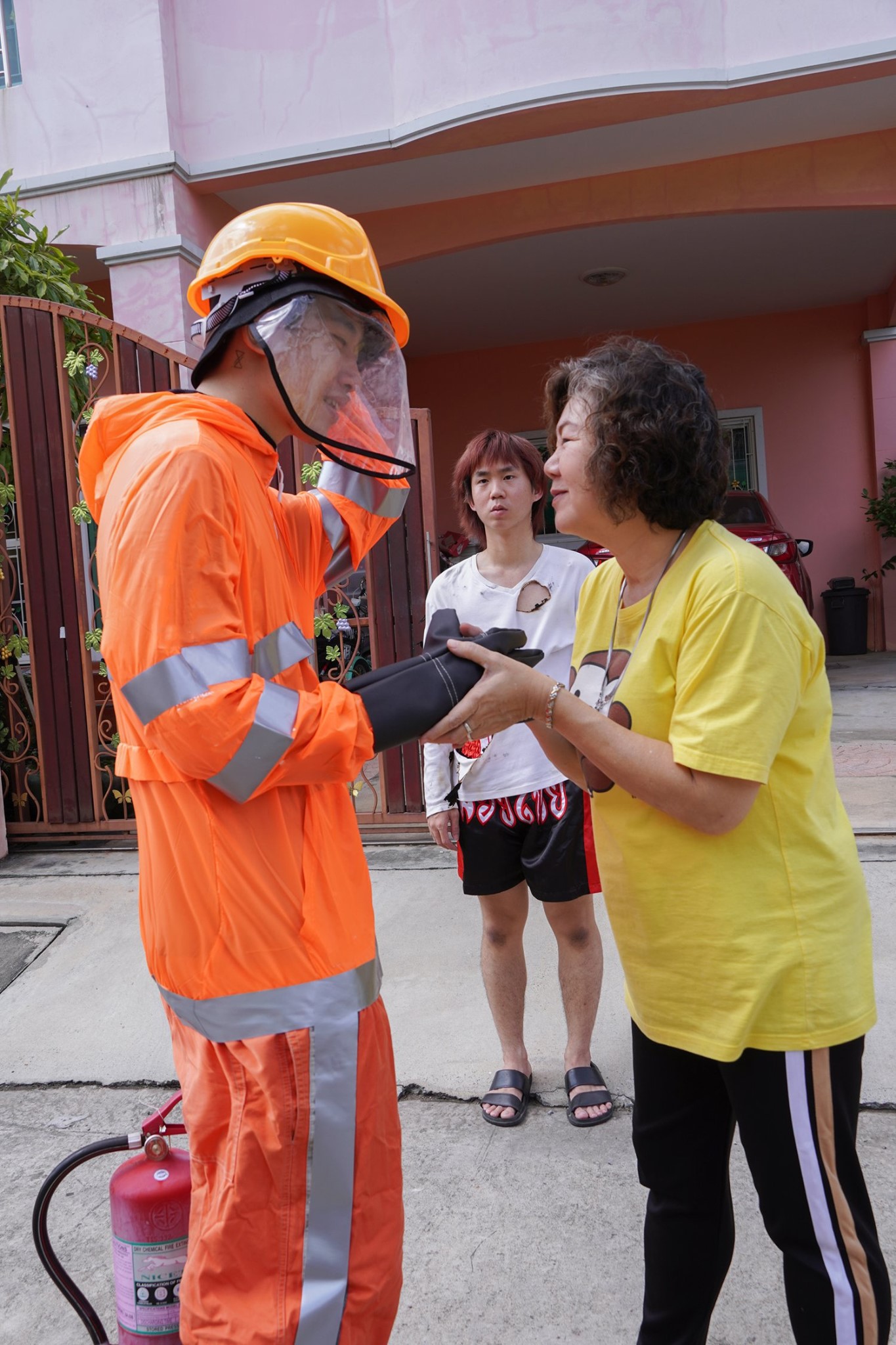 However, the boy doesn’t seem too happy — the firefighter is a tattle tale! He’s telling his mother about his misdeeds. 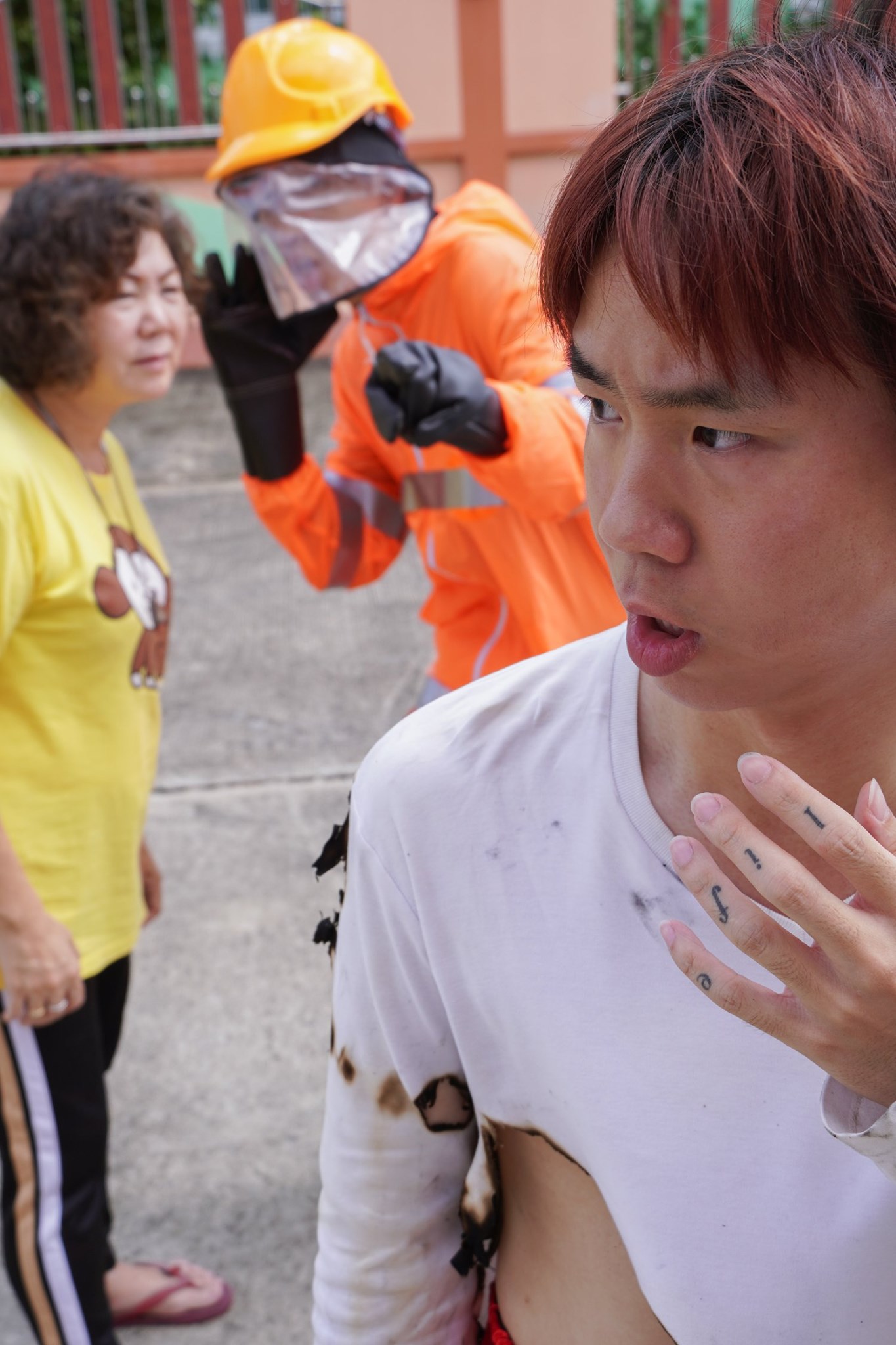 He then conjures up a disturbing image — his mother bending him over her lap to spank his bottom. 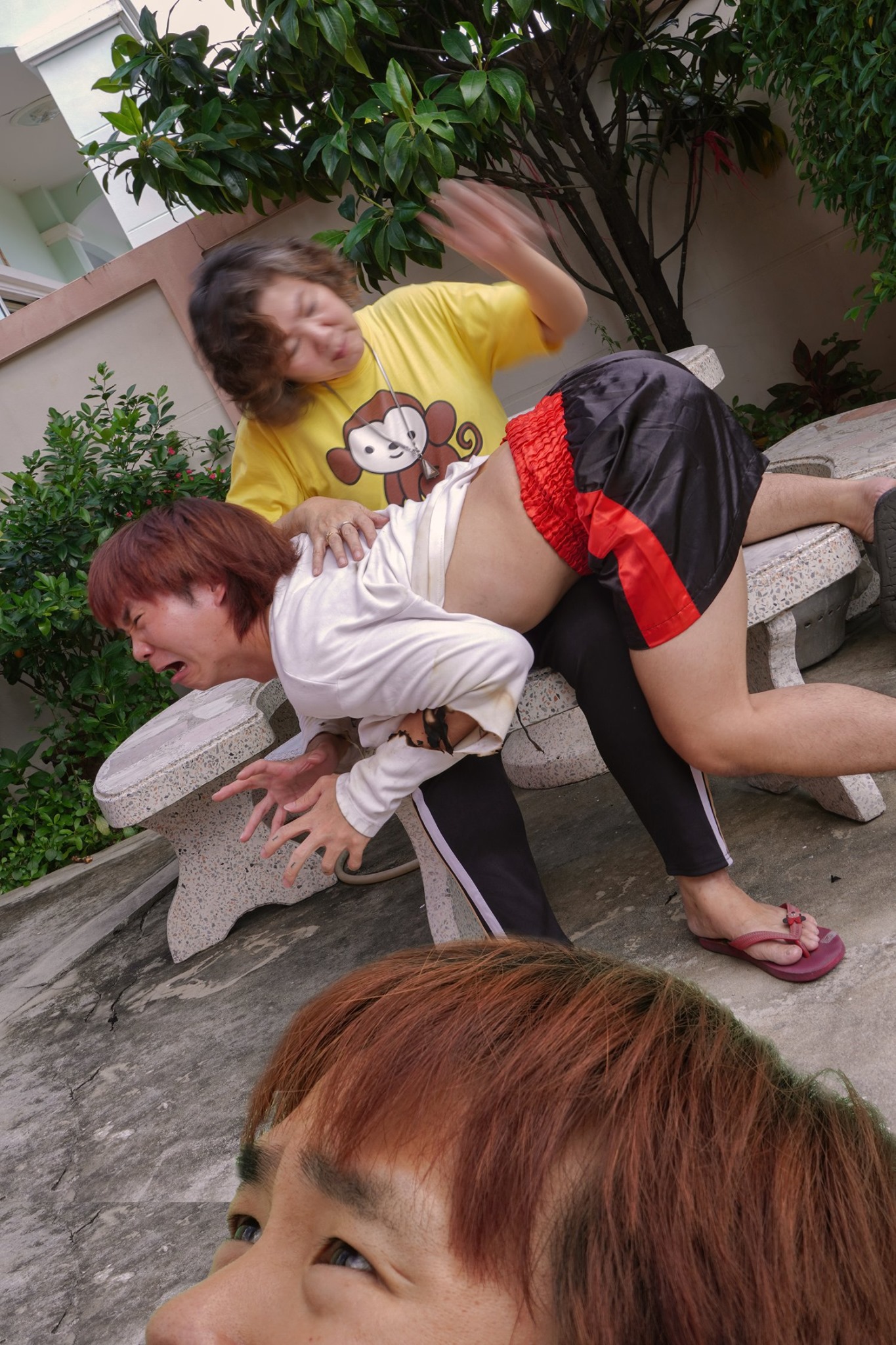 At this point, we start to wonder — is this still an ad for cup noodles? Or a cautionary tale about parental abuse?

A secret weapon is again unleashed

Faced with the threat of a good spanking, the boy decides to again unleash his secret weapon, and we’re thankfully back to the product placement.

But wait, this time he has tom yum flavour in his arsenal! Where did he get it from though? 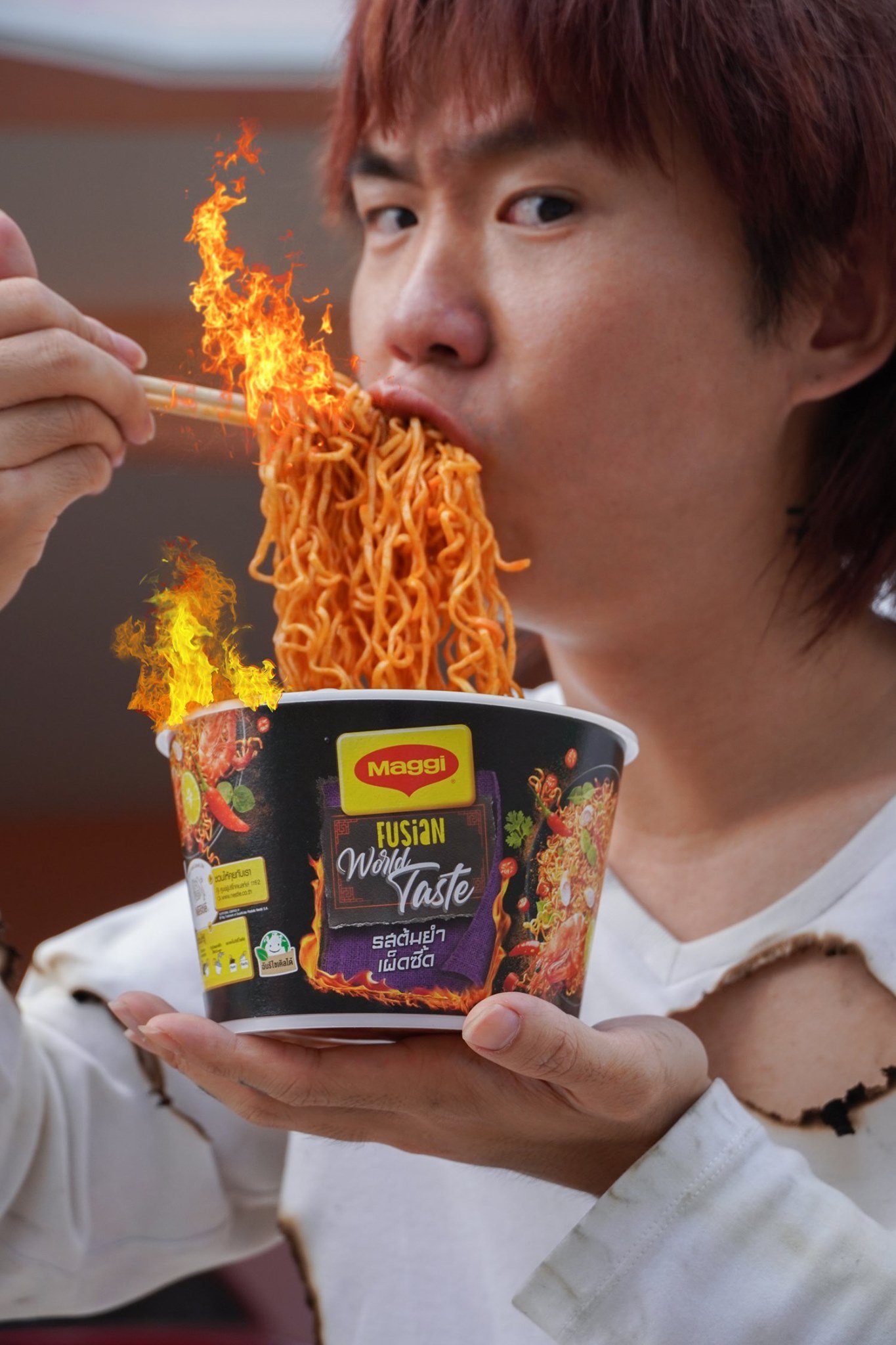 Now an enemy, the firefighter is subjected to more fire — this time directed at him. The courageous firefighter quickly wards off the attack with… a wok? Again, from where? And why didn’t he use this mighty wok earlier? 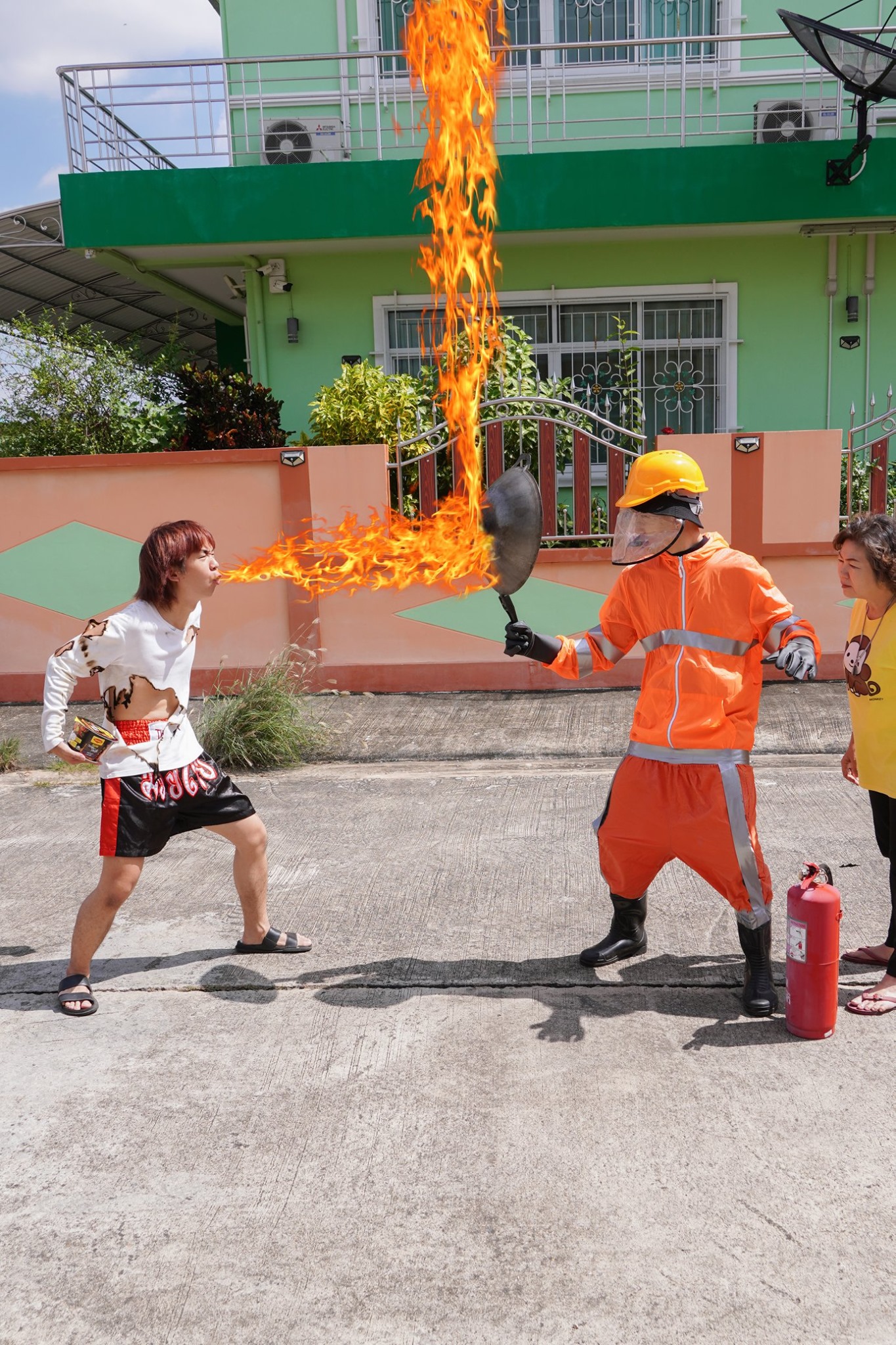 Unfortunately for the boy, the flame is deflected back to him. 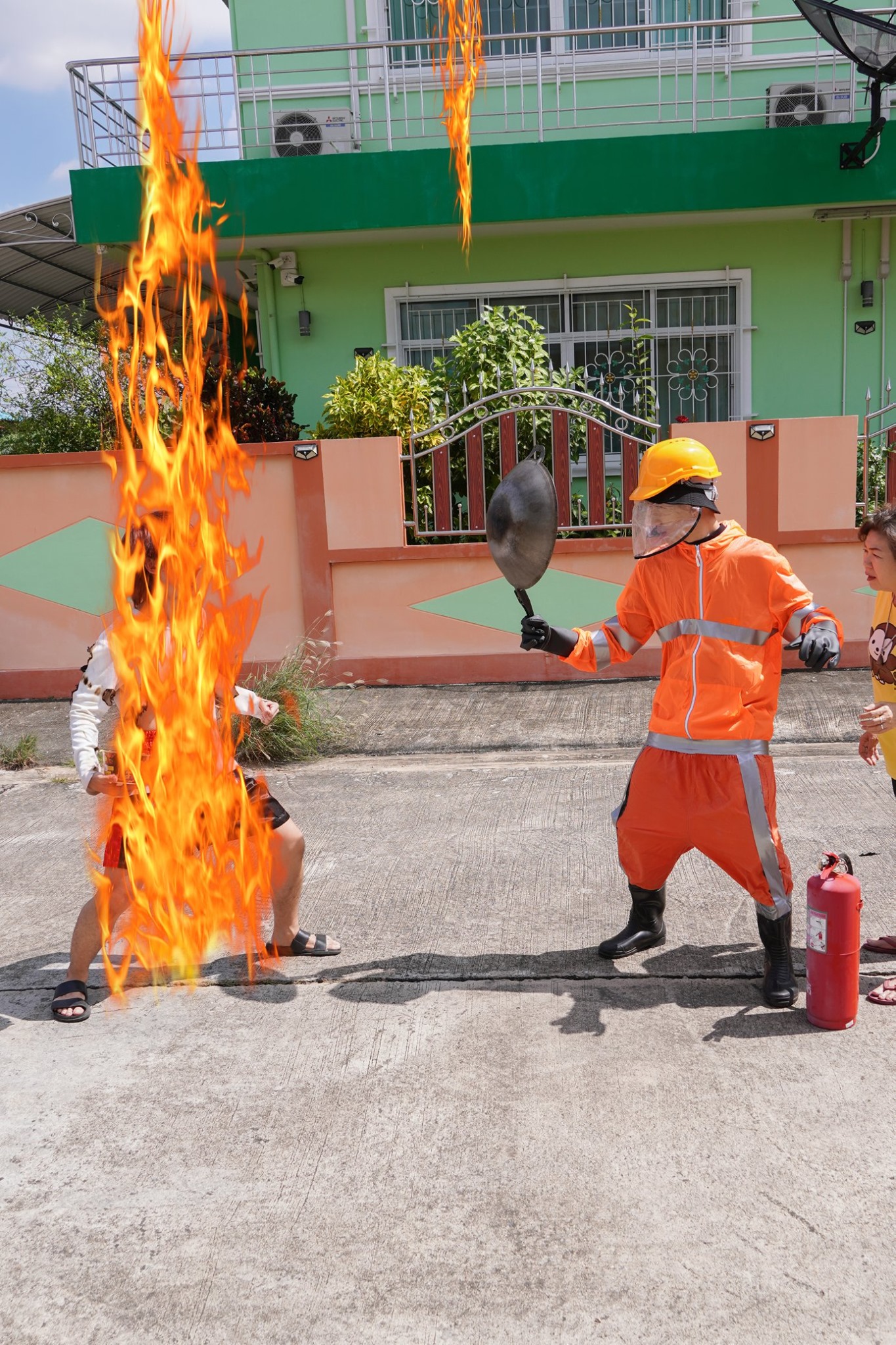 Previously untouched by a whole house of fire, the boy is now reduced to ashes by a single plume. That tom yum is potent indeed! 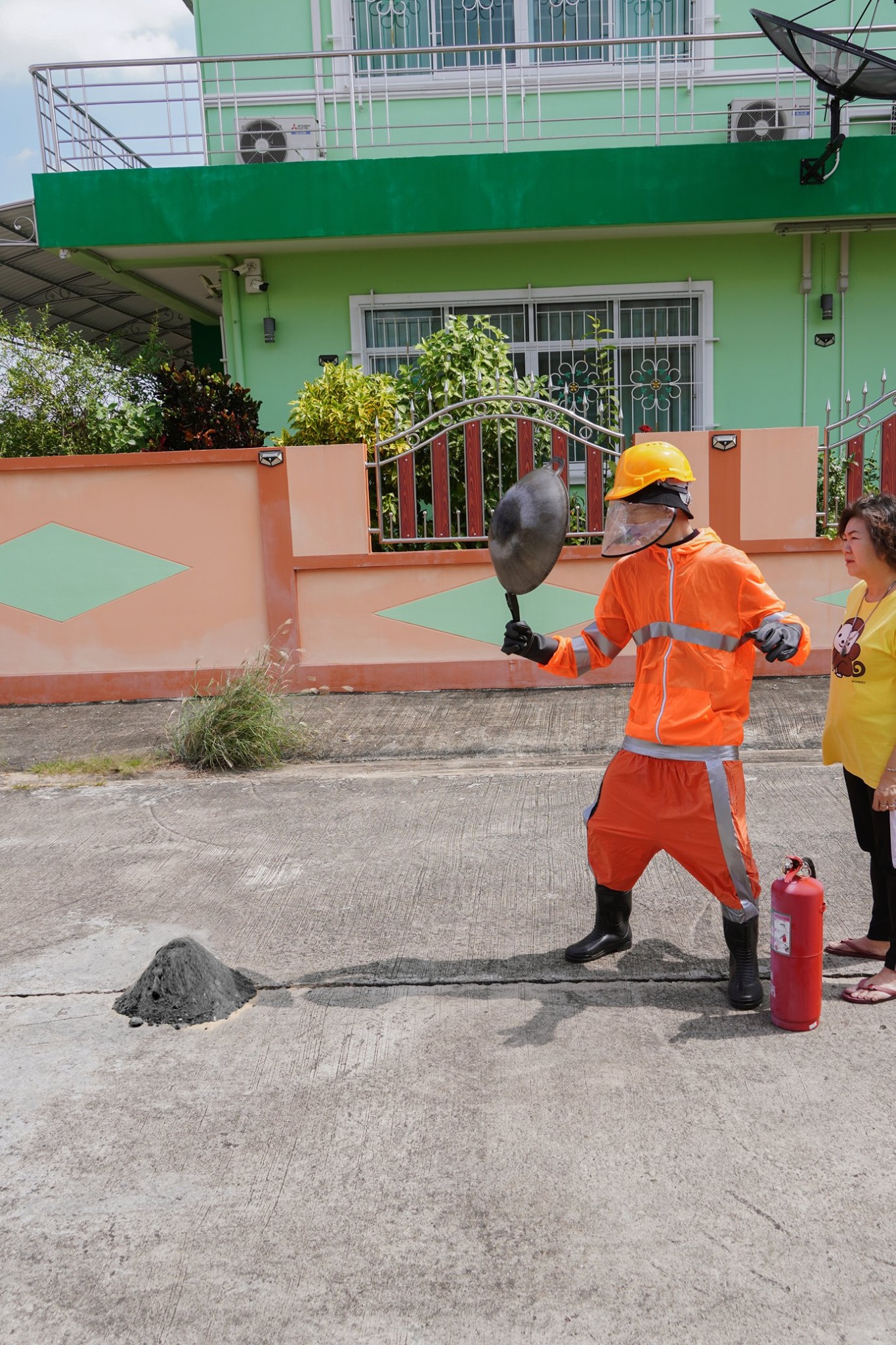 Through it all, the trusty fire extinguisher stands on the floor, immaculate and ultimately unused.

Madcap ad endears itself to netizens

Naturally, this madcap ad that totally ignores logic and reality has endeared itself to netizens.

We guess there’s something about the blatant disregard for boundaries found in Thai ads that makes them good for stress relief.

Although it’s unclear what more we know about the cup noodles from the ad except that they’re spicy, it’s likely the memorable advert would draw people to buy them.

And that means the ad is wildly successful.

Too bad it seems like the cup noodles can only be found in Thai 7-Eleven branches for now, but we’re hoping something similar can make its way to Singapore soon.