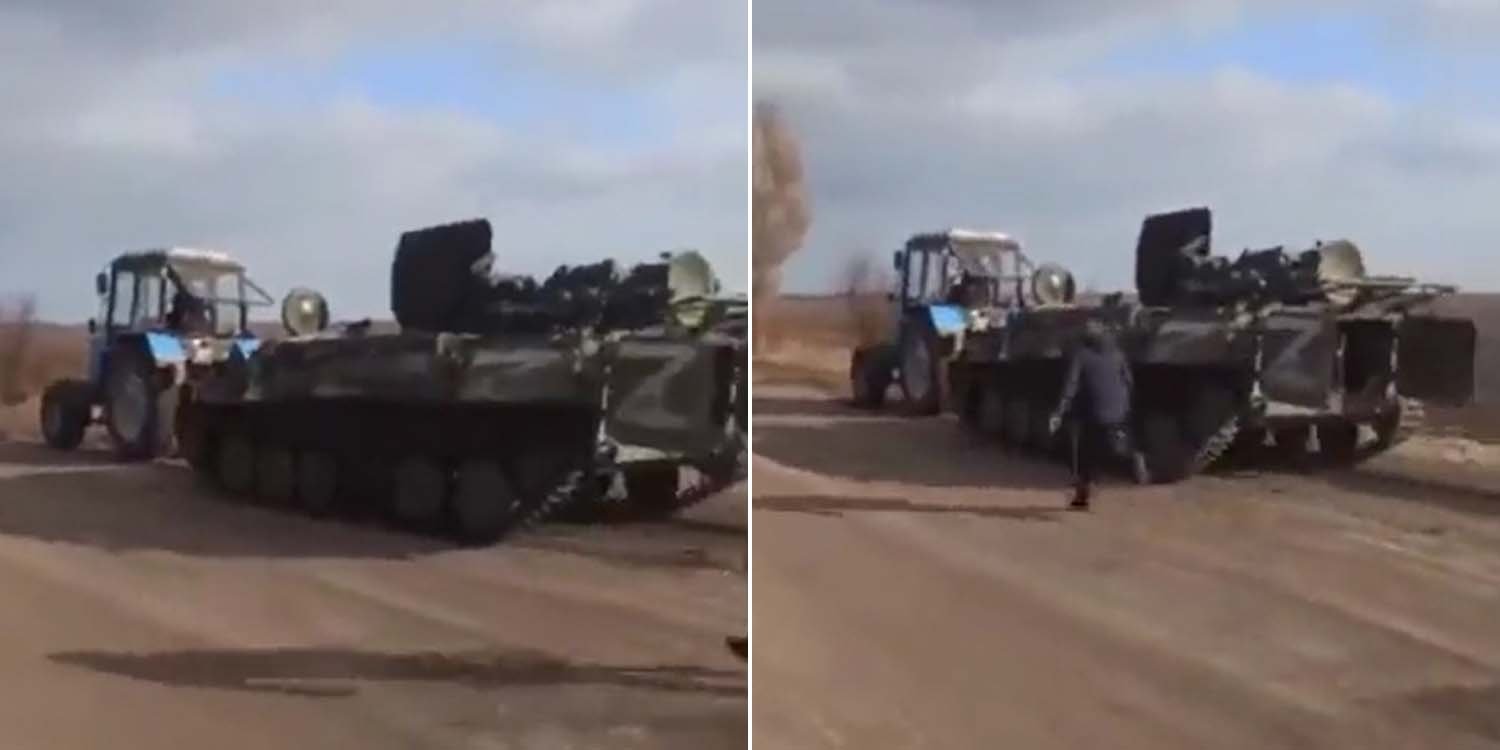 While the conflict in Ukraine has led to many heartbreaking stories, there have also been reports of some light-hearted incidents too.

On Monday (28 Feb), Twitter user @OSICnick shared a video showing a Ukrainian farmer towing a Russian tank using his tractor. A man, reportedly a Russian soldier, was also seen chasing after the tractor.

Even though there are numerous ways to eliminate a military tank, it seems tractors can be equally effective too.

As the conflict continued in most Ukrainian cities, some citizens witnessed a farmer’s unusual attempt at stealing Russian military equipment.

At the beginning of the video, a Ukrainian farmer was spotted hauling a Russian MTLV (multi-purpose fully amphibious auxiliary armoured tracked vehicle) using his tractor. 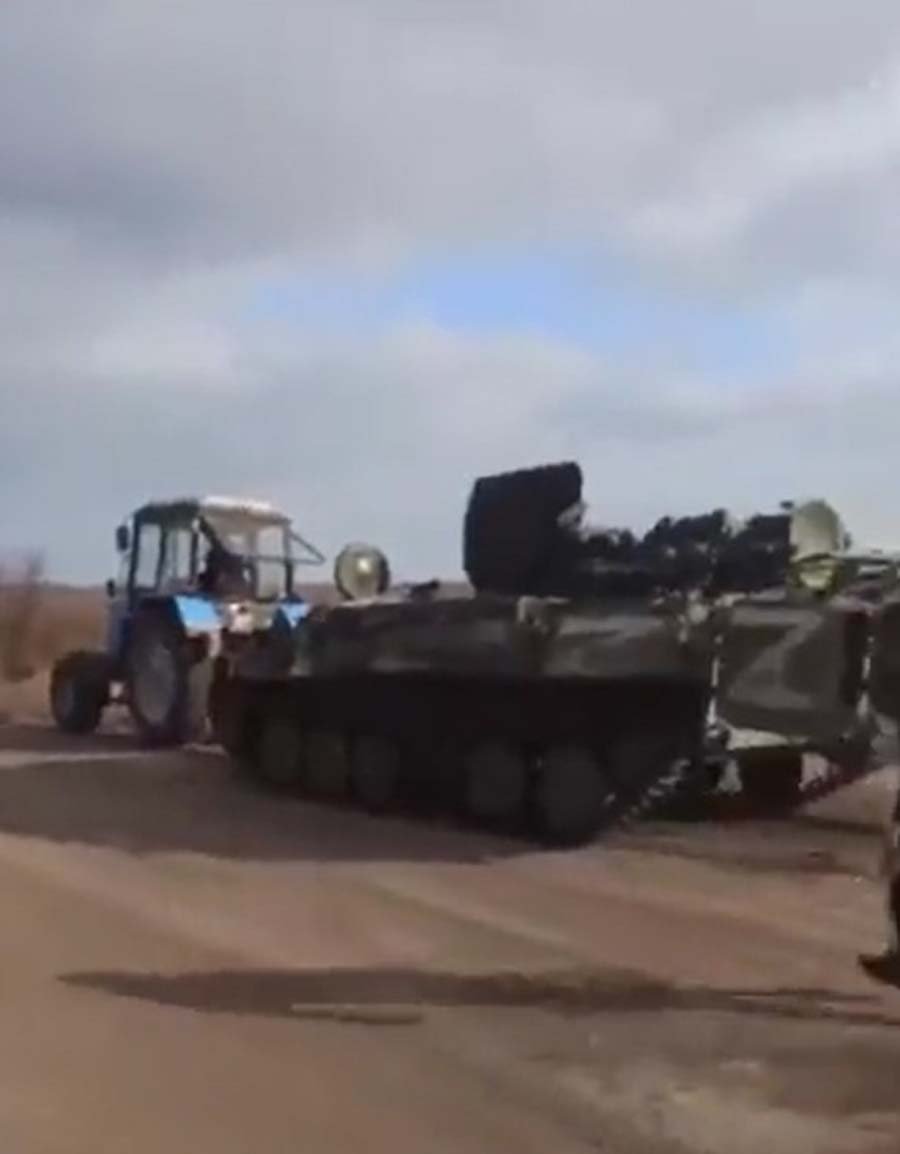 Not long after, a man believed to be a Russian soldier desperately ran after the vehicle. 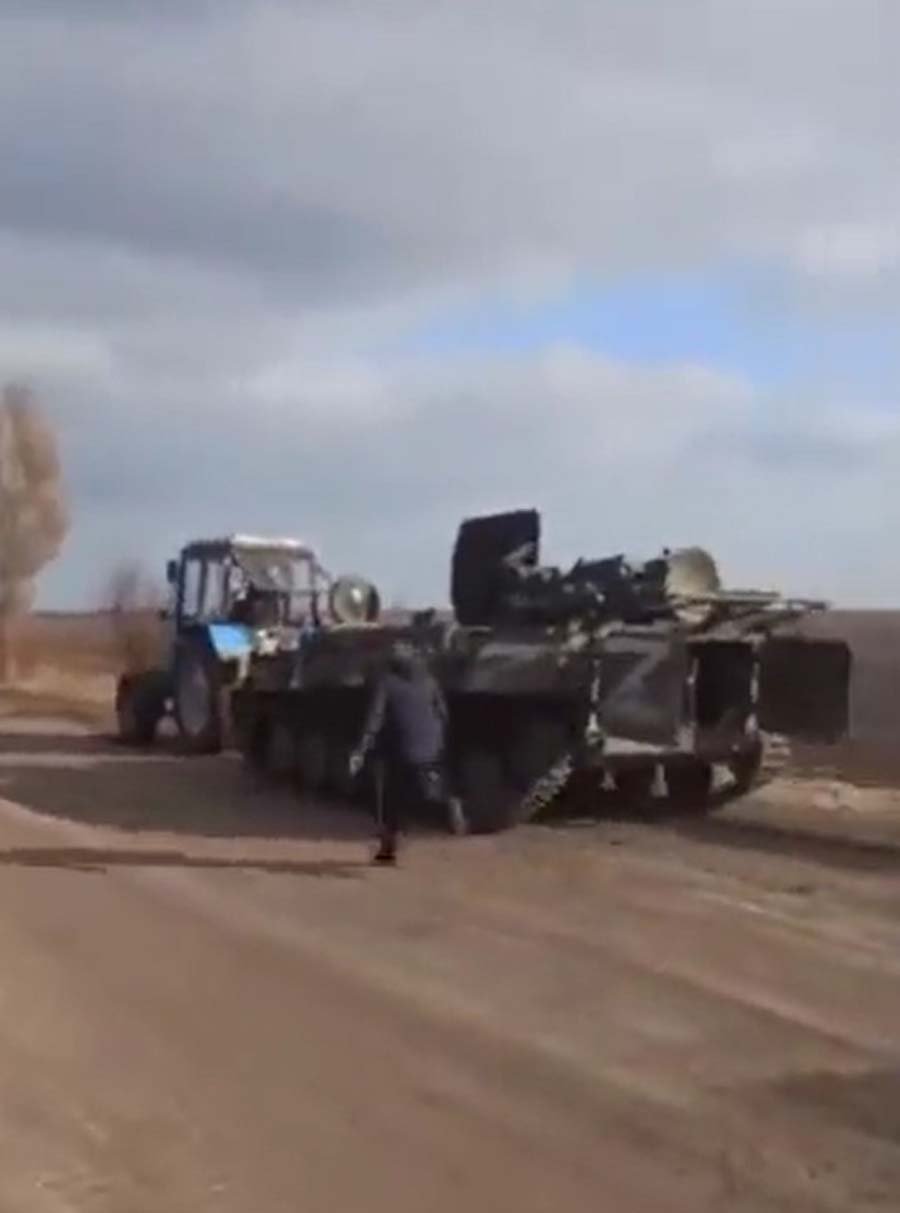 While it appeared the soldier managed to catch up with the tractor, it wasn’t disclosed if he had any success retrieving the vehicle. 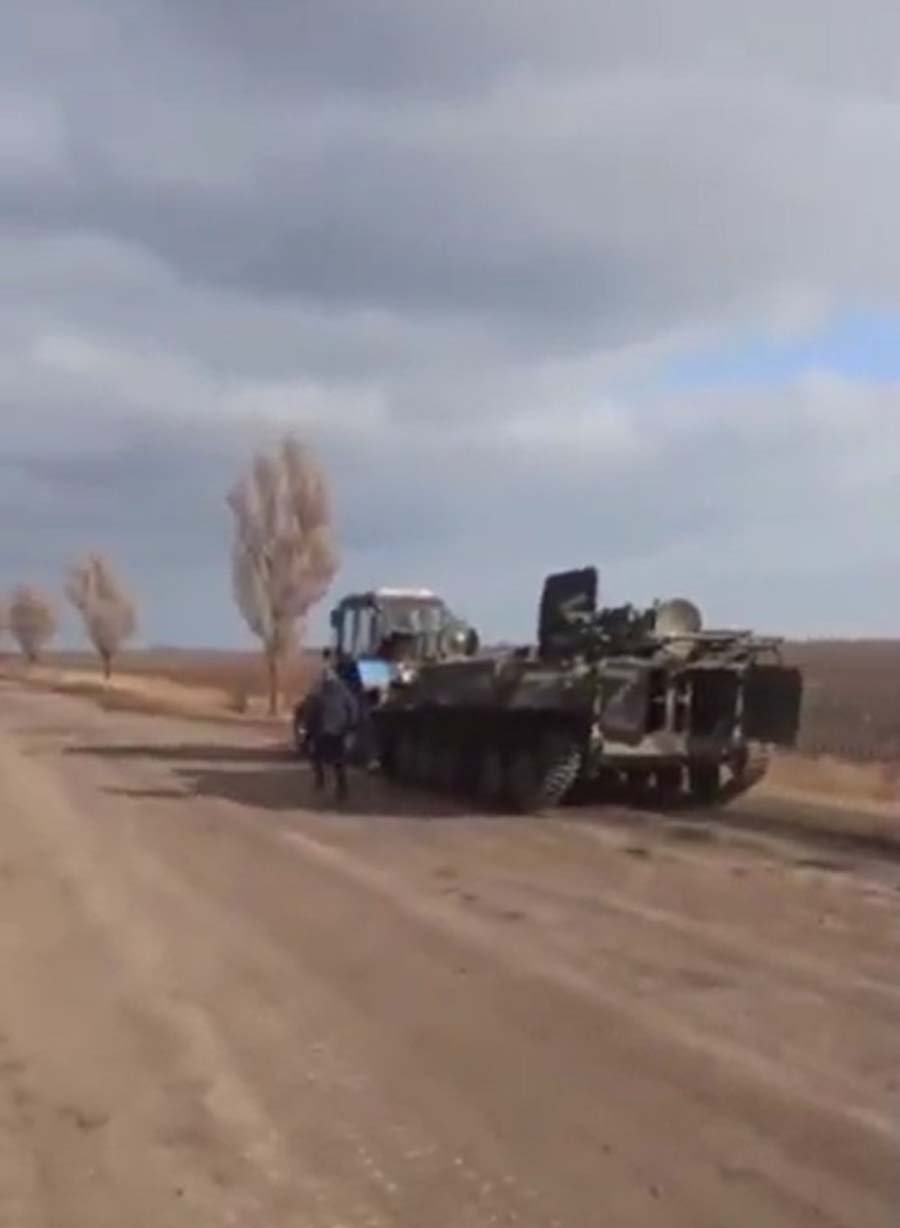 Meanwhile, onlookers laughed at the cat-and-mouse interaction between both parties.

Besides withholding their enemy’s weapons, Ukrainian MP Lesia Vasylenko shared that scrap metal was valuable in the country. Hence, it was possible that the farmer had intentions of reselling the vehicle that he ‘stole’.

Other individuals believed the Russian forces are facing a “logistical mess”. Some tanks are apparently running out of fuel while soldiers remain cut off from supply lines.

While some speculate on the farmers’ motives, other netizens were simply amused by the whole incident.

A reminder of the strong will of the Ukrainian people

Since the invasion began, Ukrainian people have been called to the frontlines to serve and defend their country.

Although some civilians might not be adept at armed conflicts, this incident proves it’s possible for them to outsmart their enemies too.

In all seriousness, we hope the conflict in Ukraine ends and that peace will soon prevail.