It has been a rocky road for the now retired Virus Vanguard.

Described as something “no one asked for”, the superhero team was commissioned by the government as part of a Covid-19 education campaign.

However, this ragtag team of comic heroes were released, placed at the centre of intense backlash, and later retired — all within a matter of days.

In light of this, Redditor u/carillus decided to put his own spin on the unsuccessful comic — and people are loving it.

A Redditor who does web-comics for a living shared an almost sequel-like comic strip to the Virus Vanguard.

In this parallel universe, the Virus Vanguard have been placed in deep freeze. 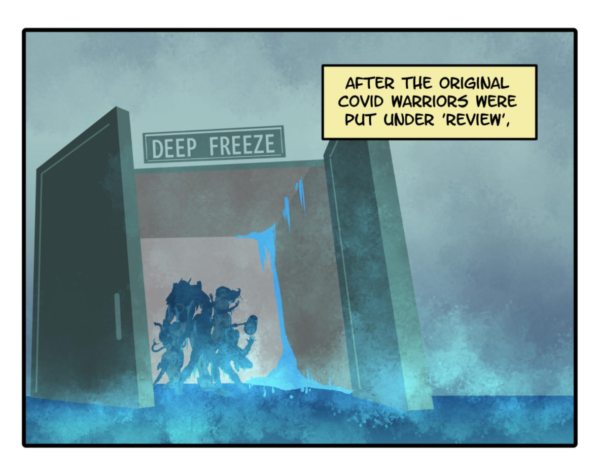 The government elects a new task-force to search for new heroes. 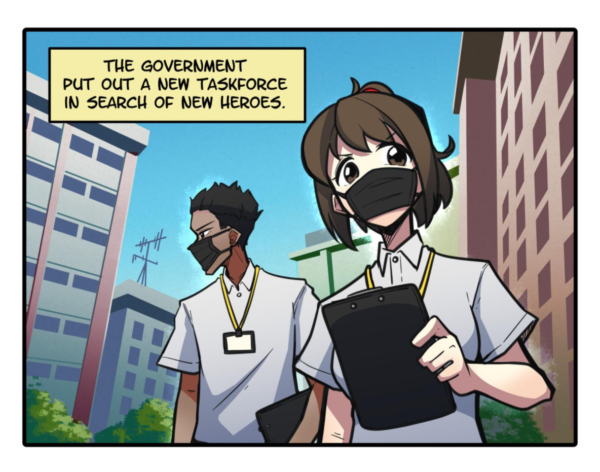 One member of the task-force finds herself face-to-face with the latest nominee — a hawker uncle who makes a mean plate of chicken rice called “Uncle Lim”. 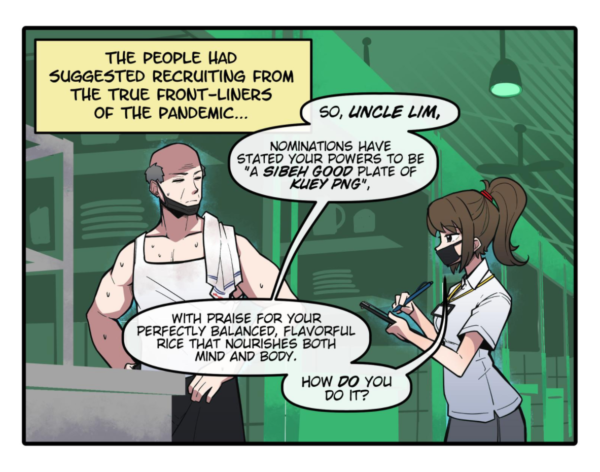 With the superhero alias of “Hawker-Eye”, the protector of stomachs is hereby at our service. After publishing the comic strip, the mastermind behind it all shared that he’s actually a web-comic producer. He shared that he drew inspiration for this comic from an allegedly terrible pun given by his friend and just ran with it. We think it’s pretty great though.

He even went as far to create a thorough backstory for the unassuming Uncle Lim.

Apparently, our new Protector of Stomachs used to run 2 rounds around Bedok Reservoir every morning before ‘Circuit Breaker’ took place. 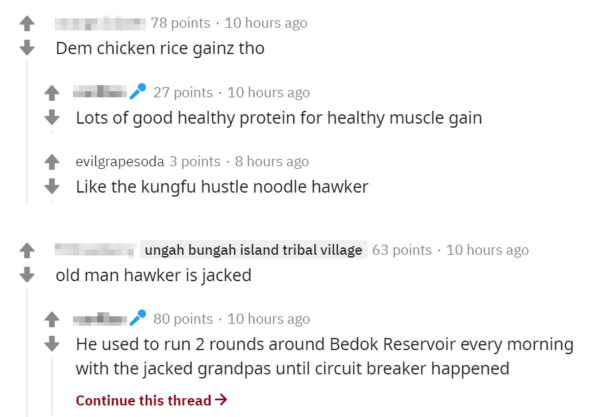 Upon release, Redditors already went crazy in their support for the web-comic artist.

Many praised his work, saying it was “relatable” and true to the essence of Singapore.

Others wanted to see more from the comic strip, us included.

Some are even giving suggestions of what seems to be an entire multiverse for the Covid-19 heroes.

Of course, there were those who were simply swooning over Uncle Lim’s biceps.

Humility is the true essence of a hero

Grateful for all the support he got, u/carillus humbly thanks all netizens in favour of his work.

However, he also took the opportunity to stand up for the original creator of the Virus Vanguard, who had to bear the brunt of the backlash. Providing arguments for miscommunication, he bravely defended the honour of the original creator. All this in spite of having “no vested interest”.

The origin story of Virus Vanguard

For those who aren’t up to date with the Virus Vanguard saga, here’s a quick recap.

Gov.sg debuted a group of 5 superheroes targeted at educating Singaporeans on Covid-19 measures. Less than a day later, they were forcefully retired. This was due to intense backlash received, including but not limited to anti-Liverpool sentiments and plagiarism allegations.

We haven’t heard this much controversy about superheroes since the Incredibles. And just like Mr Incredible and his fellow heroes, The Virus Vanguard have gone into hiding.

Now that you’re caught up, let’s take a look at the latest spin on the unsuccessful comic team.

Celebrating superheroes among us

In spite of the backlash faced by the original Virus Vanguard, we hope that everyone takes it at face value and moves on.

After all, celebrating the IRL heroes among us in this dark time should be placed as a higher priority.

We’d like to thank the creator of Hawker-eye for bringing a little joy and light to this situation.