Must Share News – Independent News For Singaporeans
Home Current Affairs Environment Thunderstorms Are Coming In First Half Of Nov, Could Herald The Start... 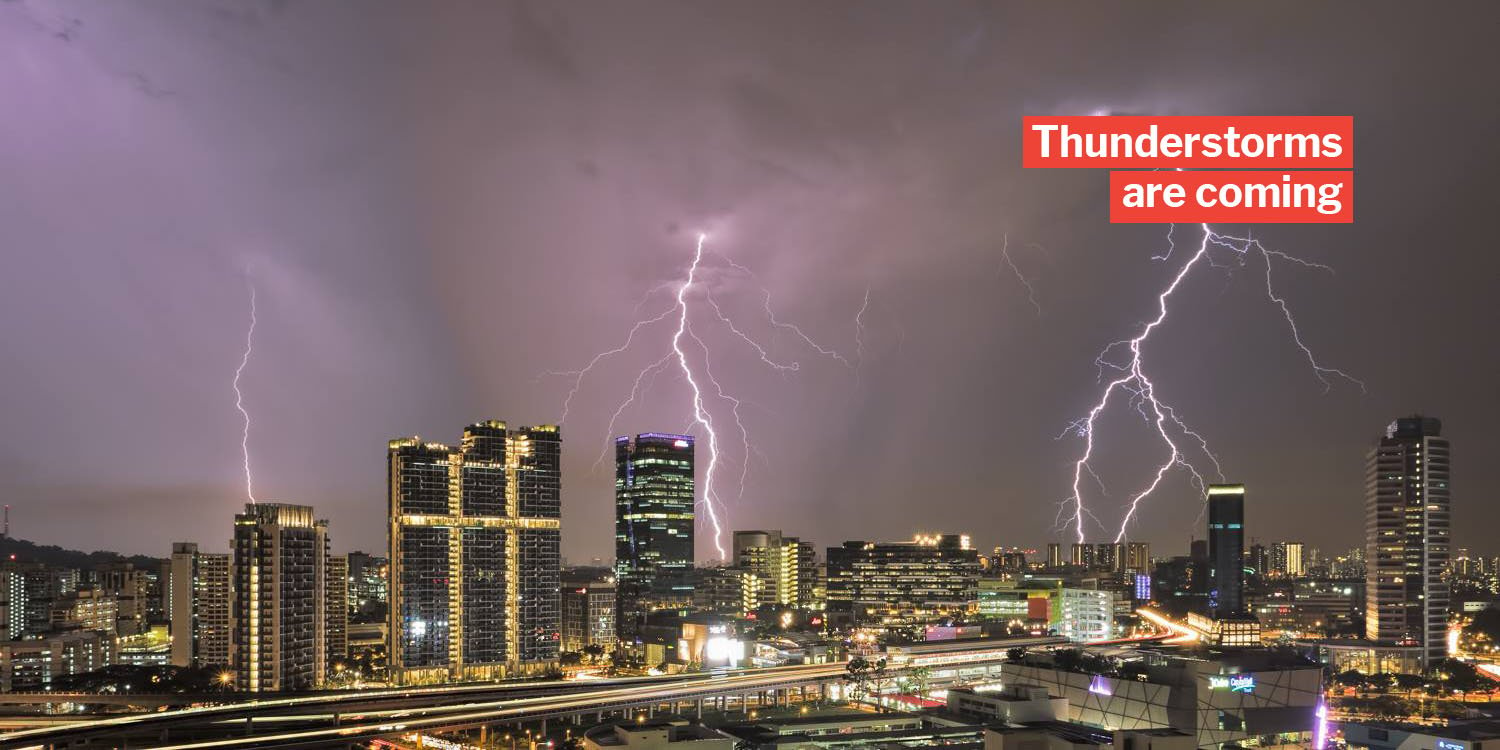 First Half Of Nov 2019 Will Have Rainy Weather & Thunderstorms

If you’ve gotten tired of the scorching hot weather and unbearable haze in recent months, you’ll be glad to know that monsoon season is back.

On Friday (1 Nov), Meteorological Service Singapore (MSS) reported that there will be widespread thunderstorms and rain in the first half of November. Expect 6 to 8 days with moderate to heavy thunderstorms in the first afternoon with slight haze in the morning. 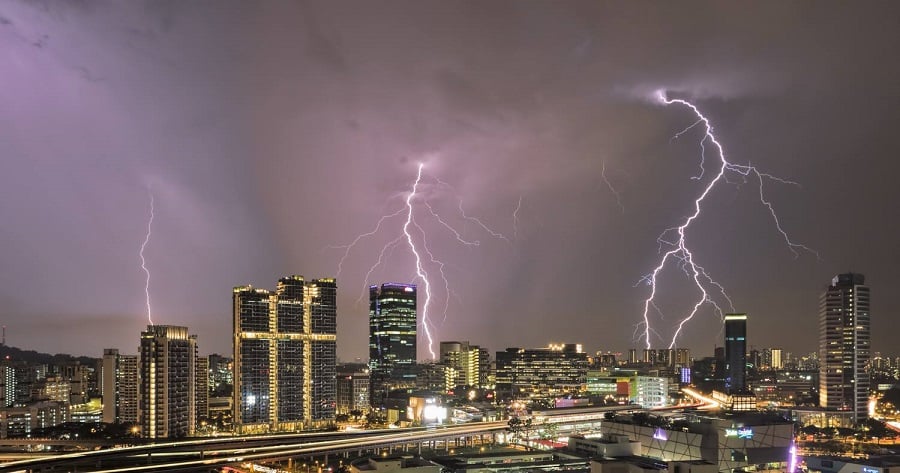 Time to prepare your raincoats and umbrellas in lieu of the wet weather.

In the first two weeks of November, the city could experience moderate to heavy showers with gusty winds. The showers could begin late in the morning or the afternoon.

In one or two days, Sumatra squalls in the city will likely cause thunderstorms and gusty winds occurring on the predawn or early morning.

Daily temperatures will range from 24°C and 34°C, but it could peak to a scorching 35°C on some days.

In summary, November weather is likely to be cool and normal.

Slight haze in the morning

Early birds might witness a slight chance of haze in the morning brought by light winds.

During the latter part of the day, it will likely disappear due to strong winds that could disperse these pollutants.

We bet you loved the chill thanks to the rainy showers that fell on the island last October.

The total rainfall accumulated was up to 175.5mm which surpassed the “40%-below-normal” mark of 120.4mm. This highlighted the end of the city’s rainfall deficit since July 2019.

A rainfall deficit occurs when the monthly rainfall is 40 per cent below average for at least three consecutive months.

We love the cool weather, but better watch out because temperatures could rise up to 35°C.

Remember to pack umbrellas and raincoats for the rest of the family before heading out.

Here’s to hoping for cool weather throughout the next few weeks.