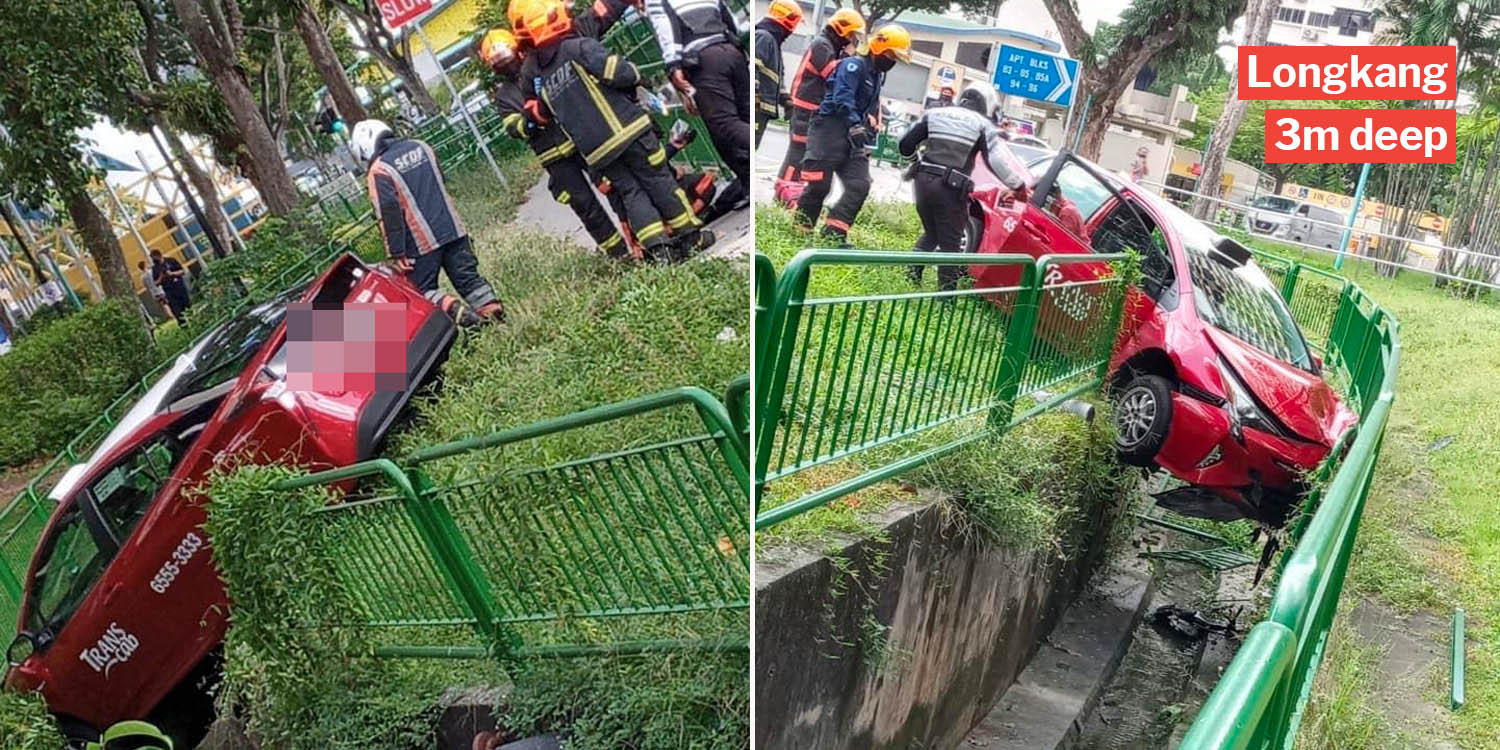 Driving is a huge responsibility, and ensuring you’re in good physical condition is crucial before you take the wheel.

Still, sudden physical discomfort can strike at the worst possible time, just like in the case of this unfortunate taxi uncle.

His cab nearly ended up falling into a 3m-deep longkang in Whampoa on Wednesday morning (10 Jun), as he had stepped on the wrong pedal due to “discomfort”, reported Lianhe Zaobao. 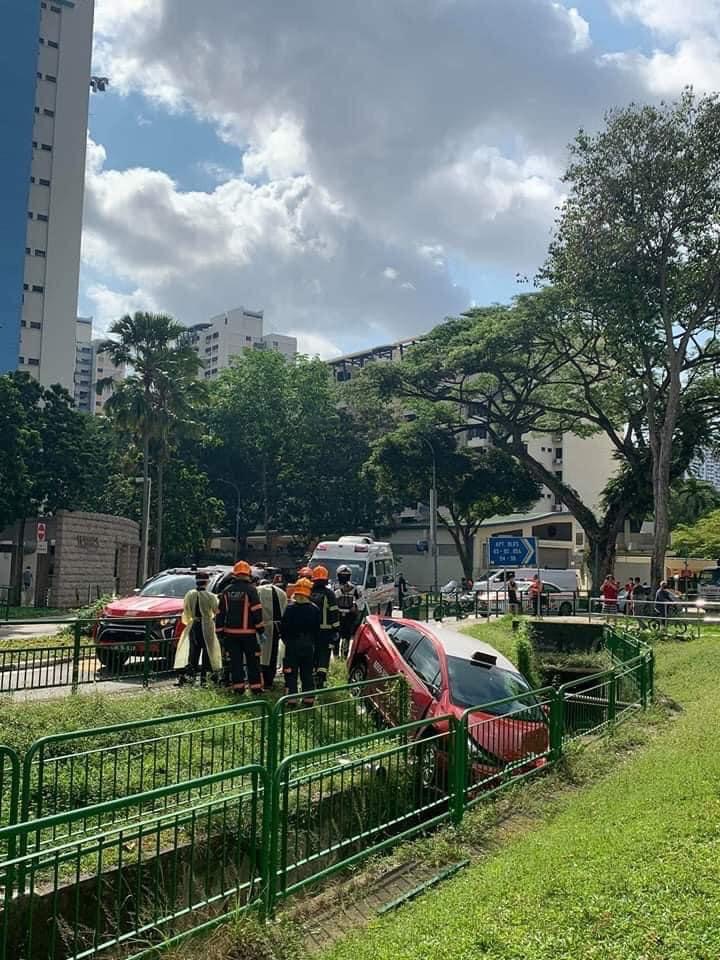 The accident happened at around 10.10am, said the Singapore Civil Defence Force (SCDF) in response to queries from MS News.

A witness told Zaobao that he saw the Trans-Cab taxi drive out of a carpark onto Whampoa Drive, before swerving right and crashing through the railings by the side of the drain. The 60-year-old taxi driver was assisted in getting out of the vehicle by the many bystanders who witnessed the incident.

Thankfully, he was conscious and coherent, and sat down to rest while waiting for the SCDF to arrive, Zaobao quoted a witness as saying.

According to the SCDF, one person was “conveyed to Raffles Hospital by an SCDF ambulance”.

The SCDF cleared the taxi from the area by 11am. 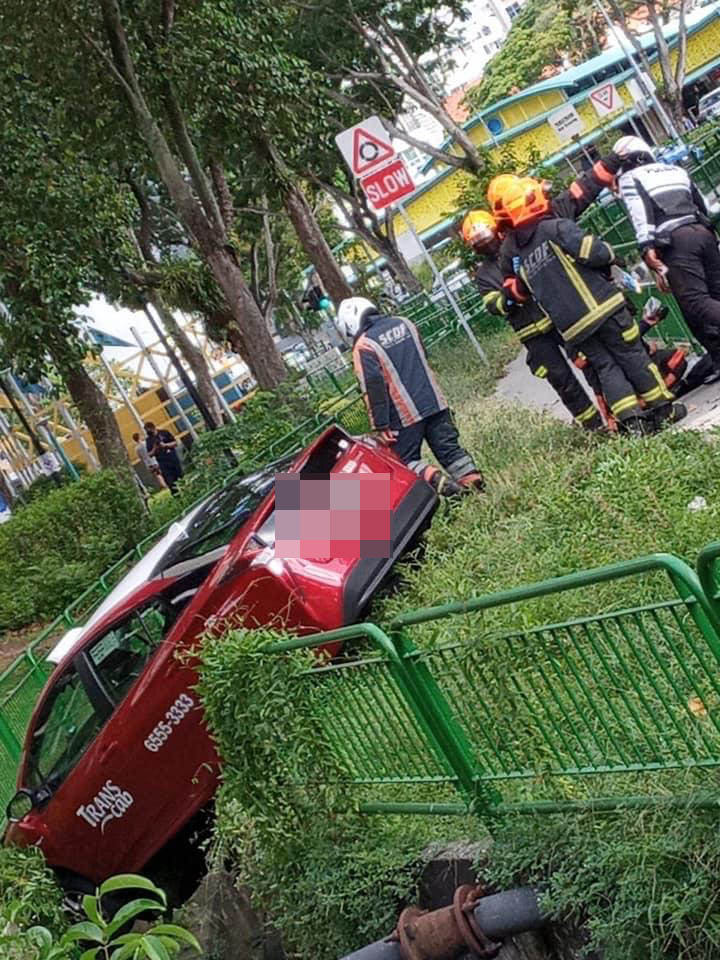 Apparently stepped on wrong pedal due to discomfort

Another witness told Zaobao that after being rescued, the taxi driver claimed that he had accidentally stepped on the accelerator as he felt physical discomfort while driving.

He also said he felt added discomfort in his spine and back from the impact of the collision. 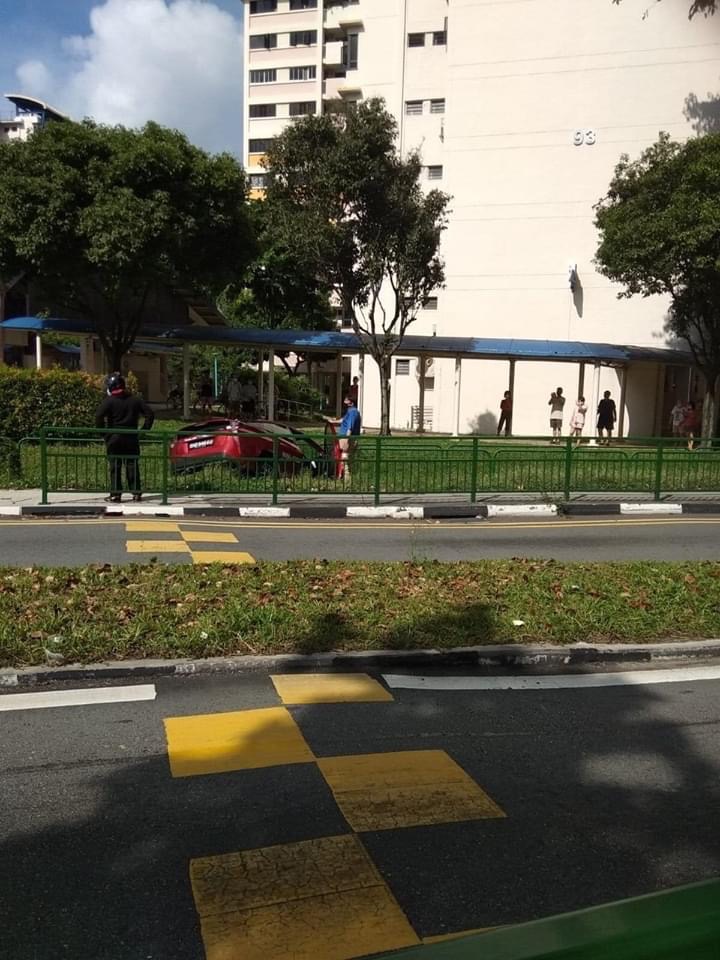 Do not drive if unwell

Driving can be dangerous, even for the most experienced of drivers.

Hopefully, this incident will serve as a reminder for drivers not to get behind the wheel if feeling unwell, and especially not under the influence of any substances. It’s never worth the risk.

We hope the taxi uncle has a speedy recovery in hospital.