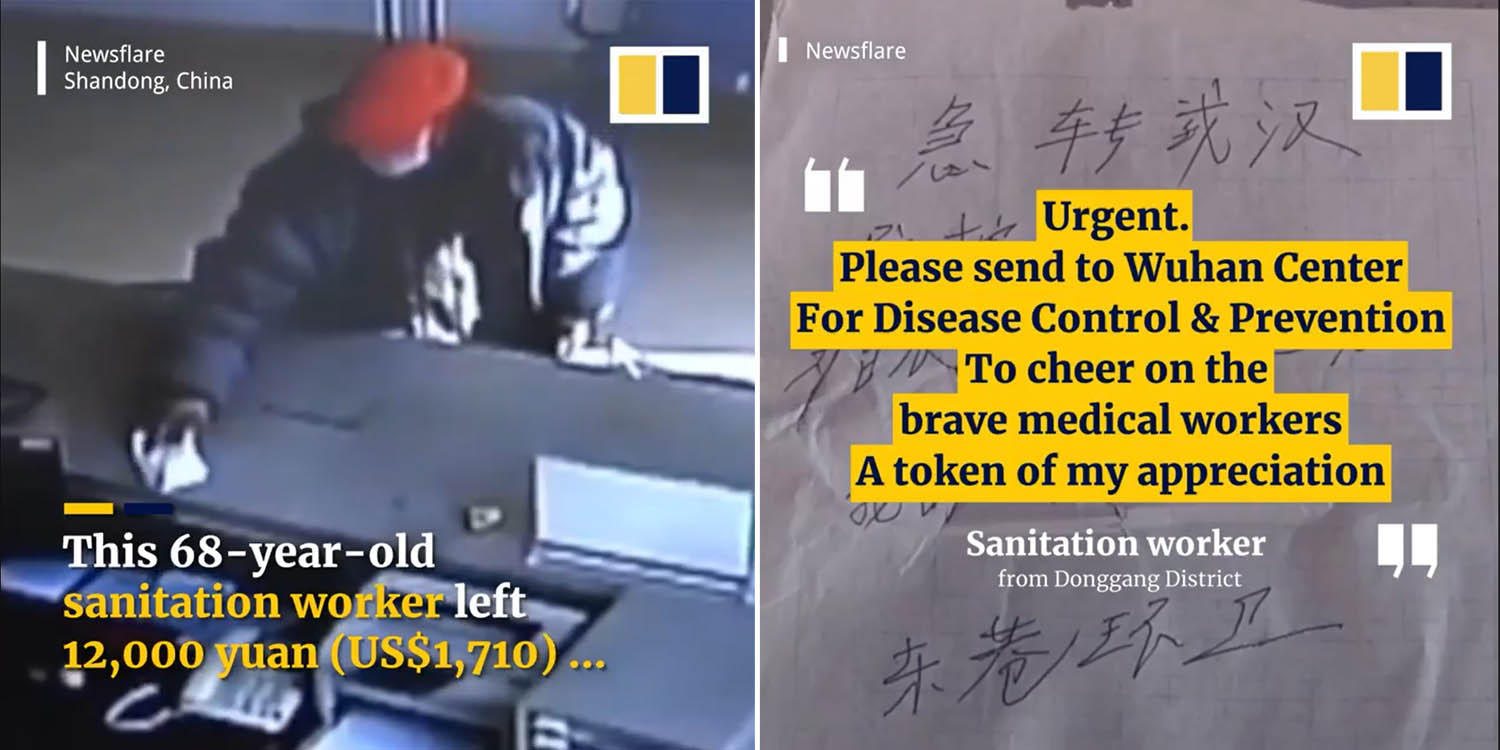 With the coronavirus situation still looking glum, people are doing all they can to alleviate the negativity. Whether it’s a reward for finding a cure or by giving out masks, people all over are chipping in to help in whatever way they can.

Some people, like this man, have gone the extra mile and donated far beyond their means.

He dropped off his donation, then turned around and left without even accepting a word of thanks.

Watch the video to see his noble act below.

In the video, put together from security camera footage, shows the elderly worker walking into a police station in Shandong, China. He slams a packet down onto the counter, then turns around and leaves immediately. 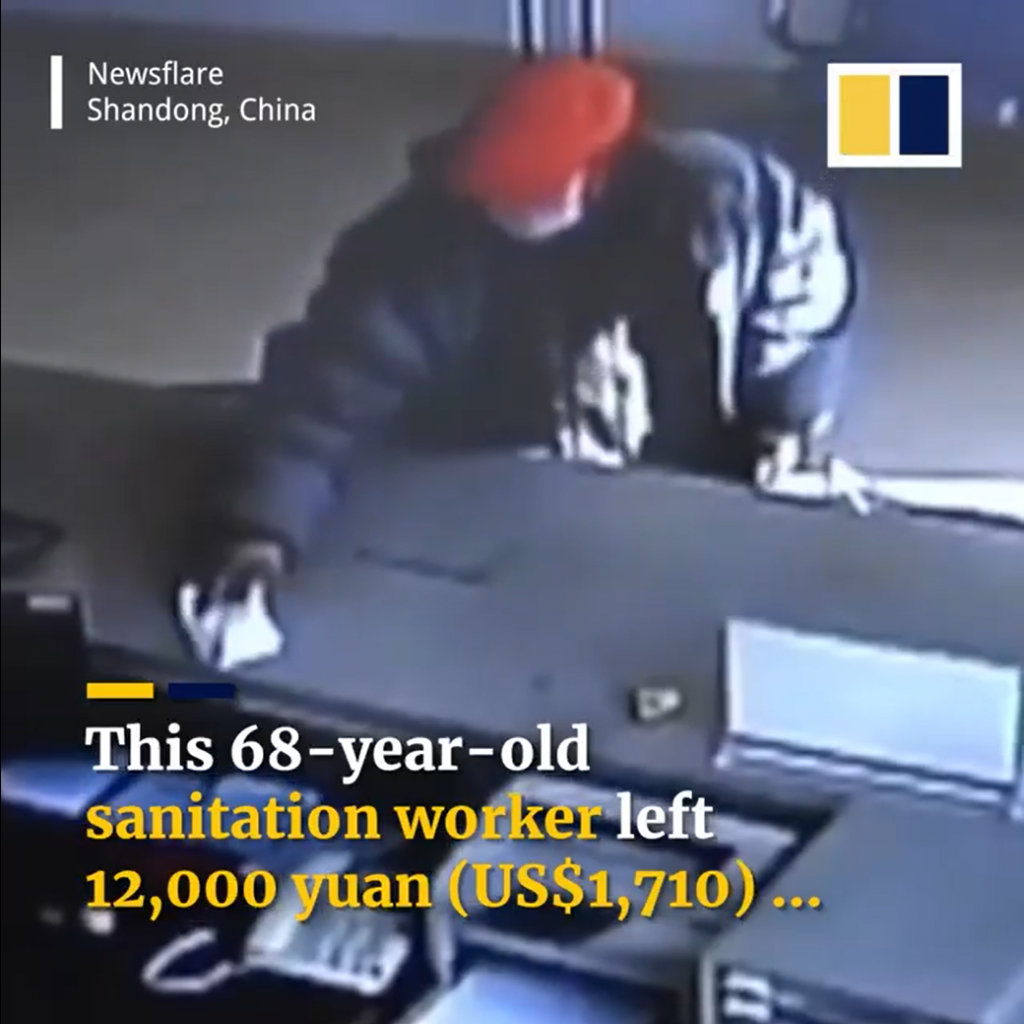 The elderly worker dropped off the packet on the counter
Source

The staff at the counter is shocked, but goes to look inside the package and found a letter along with around S$2,380(12,000 yuan).

Gives letter along with his life’s savings

The package contained a short letter and 2 stacks of 100 yuan notes amounting to around S$2,380. 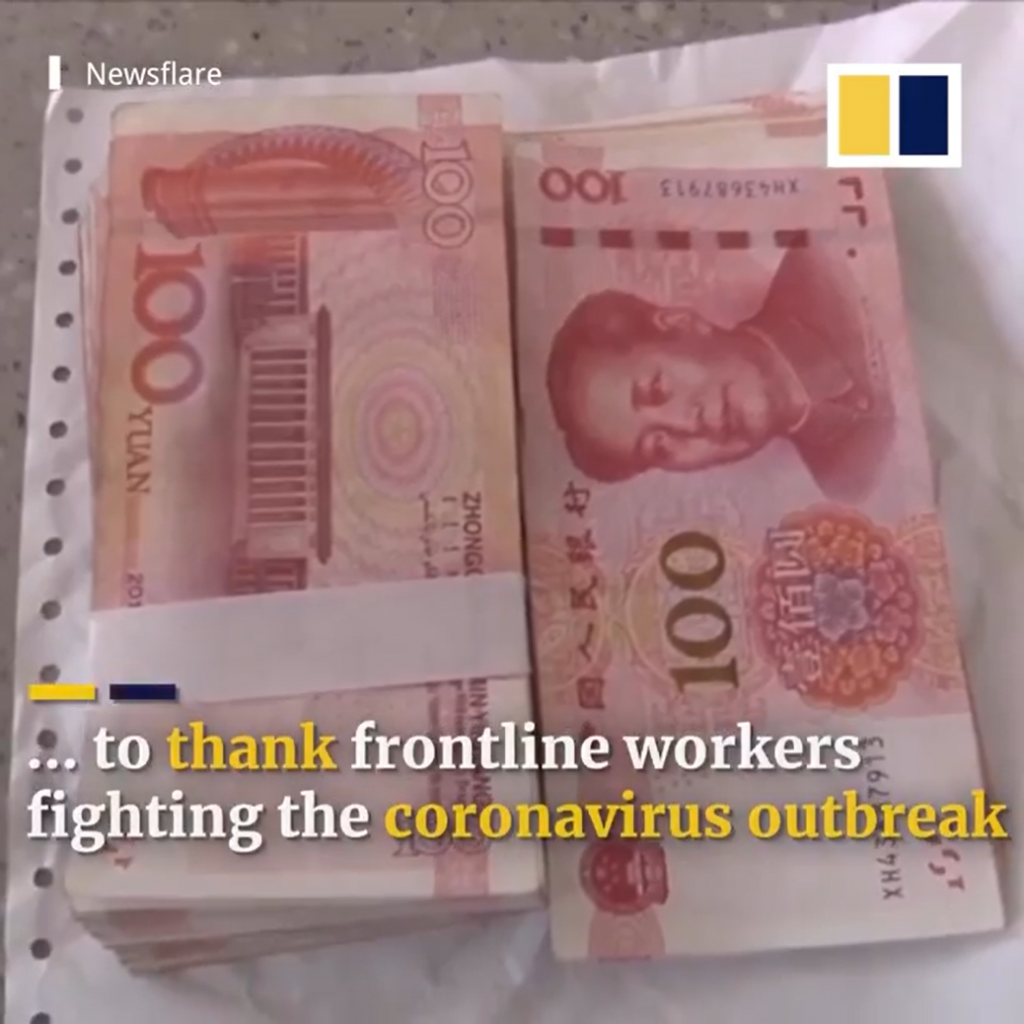 In the letter, the worker explained his purpose of leaving the money at the police station. Here’s the full, original message that he handwrote. 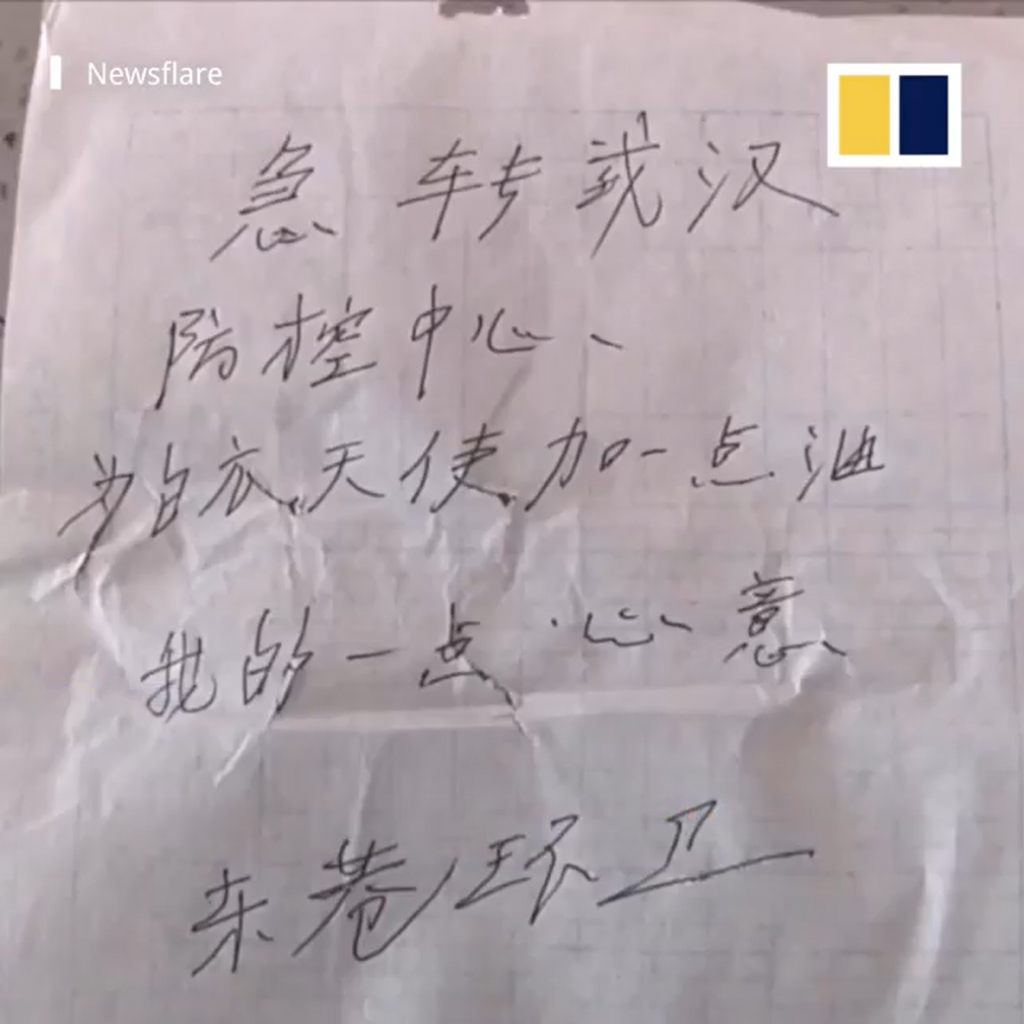 Here’s a translation by SCMP. 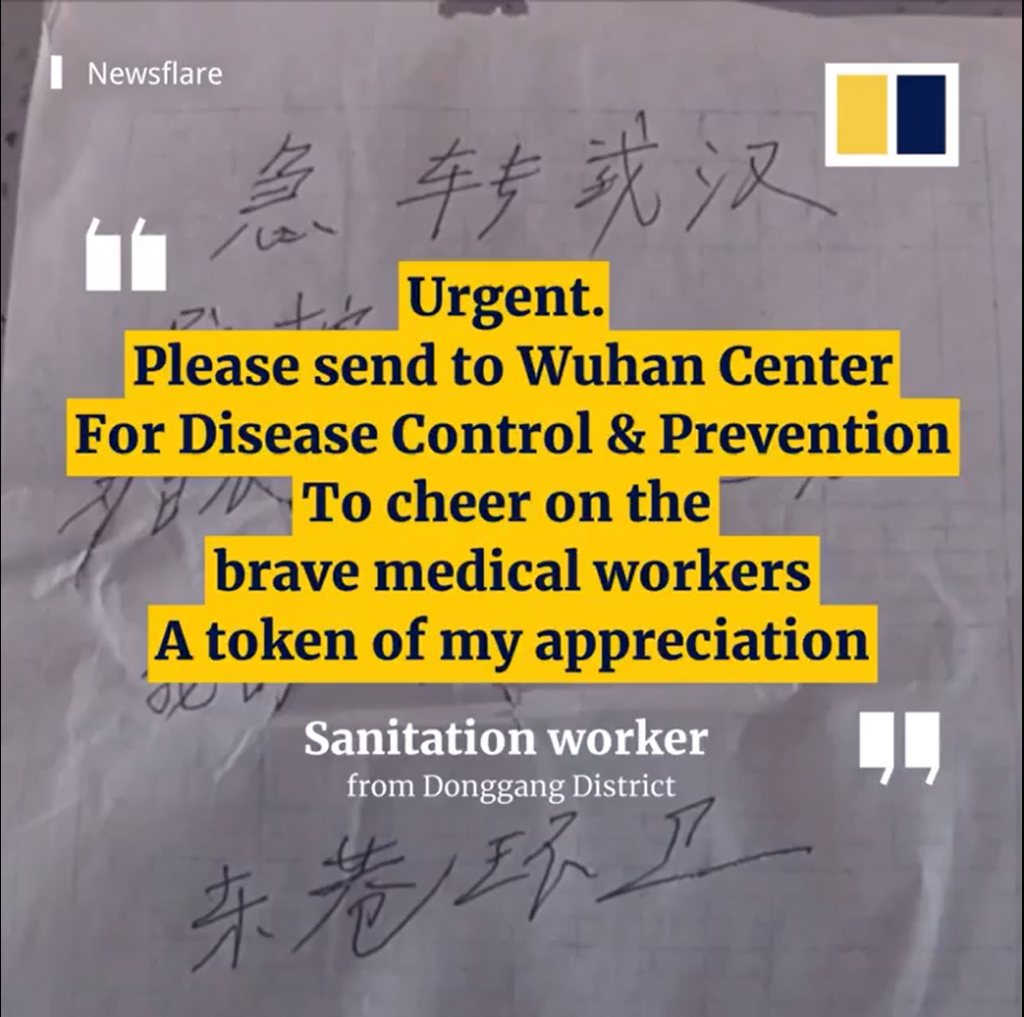 The worker signed the letter off as “Sanitation Worker of Donggang”, as he probably wanted to remain anonymous. His name is currently unknown.

According to SCMP, he only earns S$120 a month, yet he donated his savings without hesitation when he heard of the medical workers’ plight. 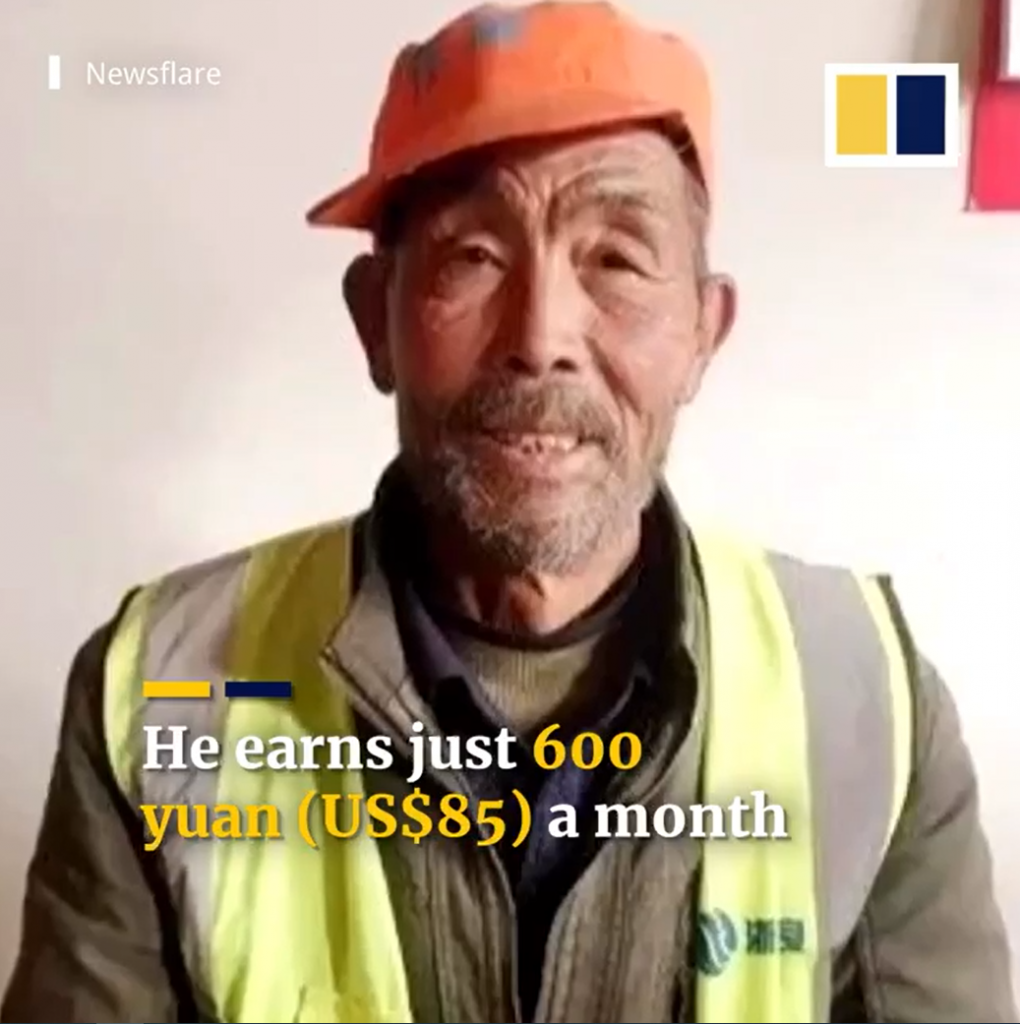 The anonymous worker who donated his savings
Source

A Chinese hospital received a similar donation from another anonymous donor. Like the elderly worker, he too put the money on the counter and ran away.

This donor, believed to be a student, saluted and bowed to the medical staff who received his donation before leaving, showing them his appreciation. It’s not clear if this worker’s actions inspired this student to do the same, but there are definitely similarities in these mysterious donors’ ways. 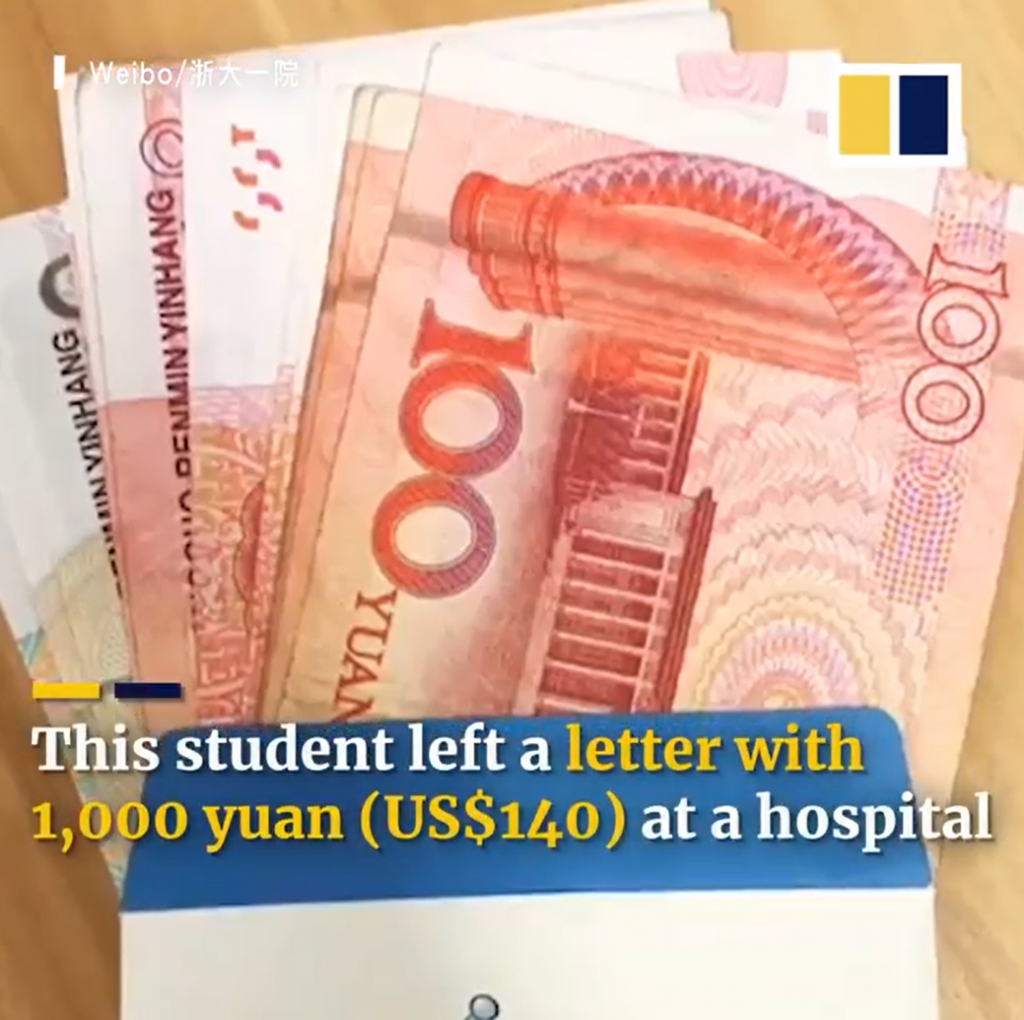 These 2 men are the pillar of giving selflessly, without expecting to receive. Instead of publicising their good deeds, they chose to remain anonymous and let their actions speak for themselves.

Both are presumably financially-challenged, and may even be struggling, yet they chose to give whatever they had to a greater cause.

The main takeaway from this isn’t to give more than we can, or whatever we have, but to help in whatever way we can with the means we have.

We hope these respectable men have inspired you to contribute to the battle against the coronavirus too.

If you want to donate, please visit Singapore Red Cross’ website to donate to their 2019 Novel Coronavirus Response. They have yet to reach their goal of S$500,000 and we should help them get there.