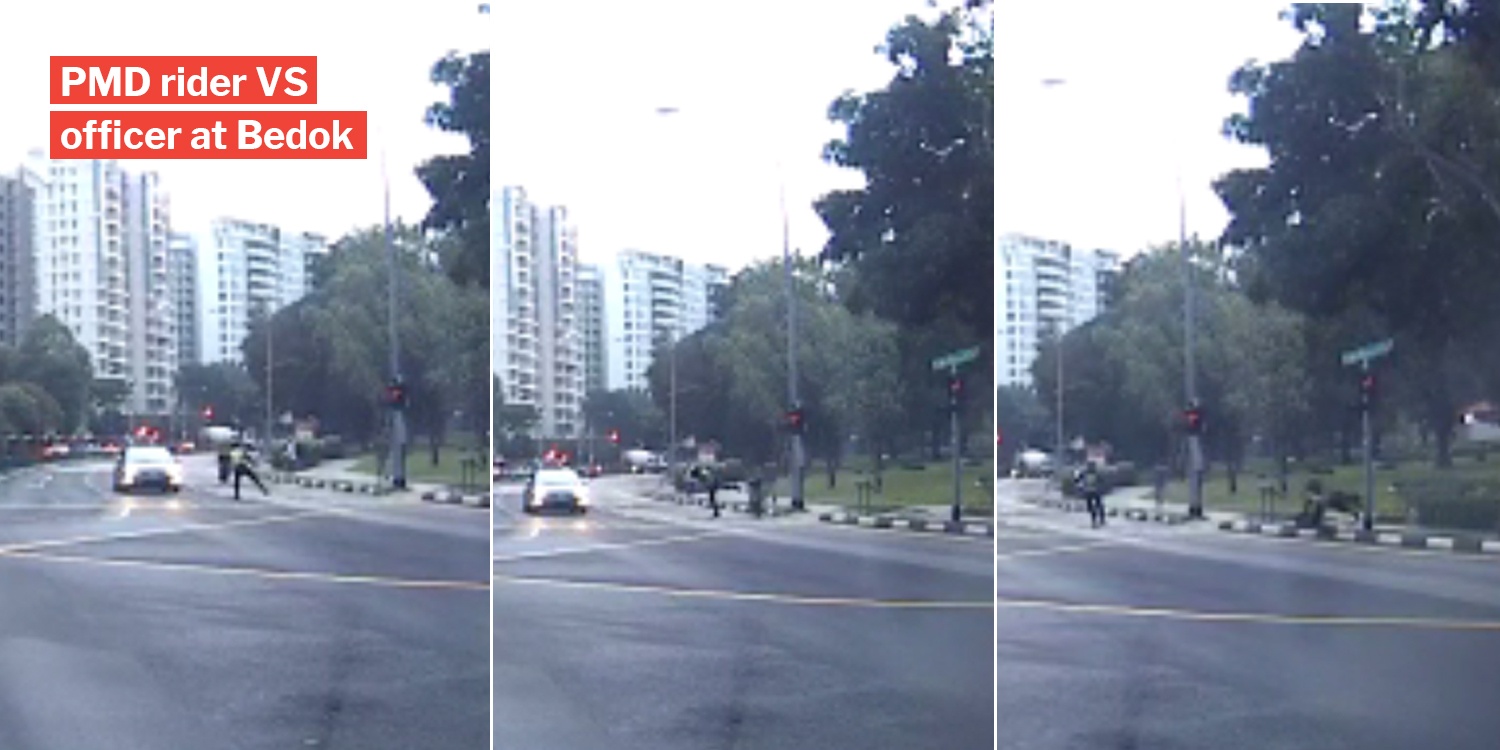 UPDATE (11.32am): LTA told MS News that they’re currently looking into the incident.

A bizarre video circulating on Telegram is stirring up debate about the limits of the authority of Land Transport Authority (LTA) officers in stopping errant PMD riders. The short clip, which lasts 1 min 17 sec, was uploaded on SG Road Vigilante’s Facebook page, involved a PMD rider speeding across a road junction near Bedok Reservoir on 10 Dec.

An enforcement officer seems to give chase, before kicking him towards the pavement when he nears the curb.

You can watch the video in full here. We summarise the key events after the jump.

The dashcam footage begins at around 6.43pm on Tuesday (10 Dec), as the car drives up towards a traffic junction outside Clearwater Condo near Bedok Reservoir.

At the 27-sec mark, an officer clad in a neon yellow vest crosses the screen in the foreground. 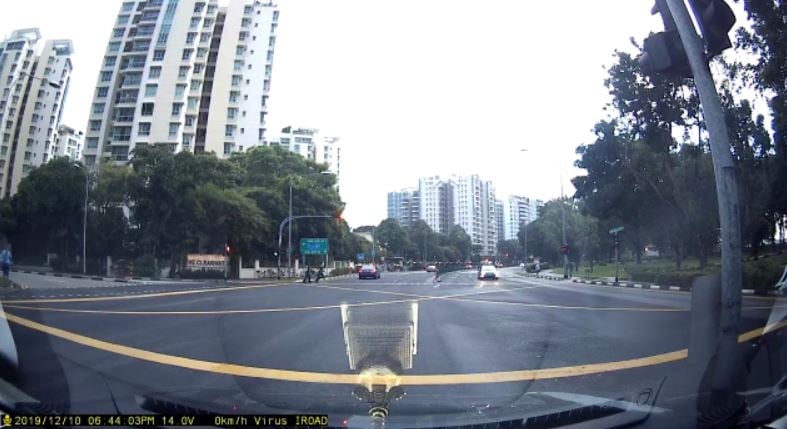 You’ll have to squint a little, but take note of the action happening at the crossing on the right, across the road from the car.

An errant PMD rider is seen speeding along the road, with a second officer dashing across the pedestrian crossing to intercept him. 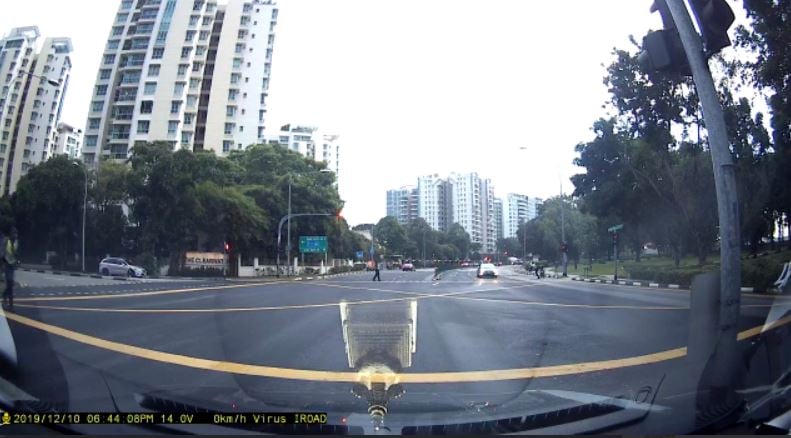 The officer seems to pause in front of the rider – adjacent to a car – to gauge the momentum, before doing something completely unexpected.

With a flying kick, the PMD rider is flung onto the pavement near the traffic light, among the roadside shrubs.

The remaining officers then head towards the rider, presumably to take action against him. That’s where the video clip ends abruptly. 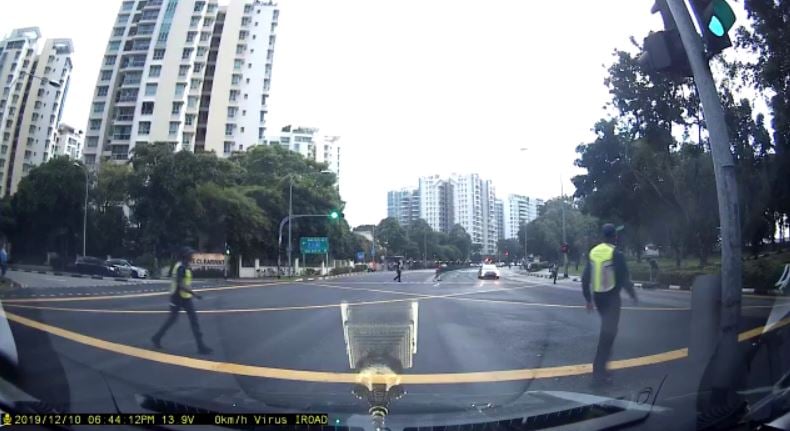 Some praise the officer, others are concerned about safety

While some have praised the officer for bravery in dealing with the situation, others are concerned about possible injuries to the PMD rider who is seen hitting the curb.

Depending on the speed at which the rider was travelling, it’s possible that the ‘takedown’ could have resulted in injuries as the rider appeared to hit the shrubs along the road.

Was there another way to stop the errant PMD rider?

We hope that the rider hasn’t come to any unnecessary harm, and this incident is a timely reminder of the dangers of flouting traffic rules on the roads, in light of new PMD rulings.

We have reached out to LTA for comment on the case and will update the post accordingly.

Do you think the rider deserved to be stopped in this manner? Or could there have been an alternative solution? We’d love to hear your thoughts in the comments below.