The baby pangolin was waddling along the roadside clumsily.

As Singapore is largely urbanised, it is common to see wildlife coming out to urban spaces every now and then.

A cyclist took to Facebook to share his experience with a baby pangolin crossing the road. Despite the possibility of becoming roadkill, the pangolin seemed unbothered by the fast-moving vehicles around it.

Thankfully, the cyclist quickly led it to safety to prevent it from getting hurt.

In a Facebook post on Tuesday (27 Jul), netizen Mr Lim explained that he was cycling along a dual carriageway before spotting the little creature crossing the road. 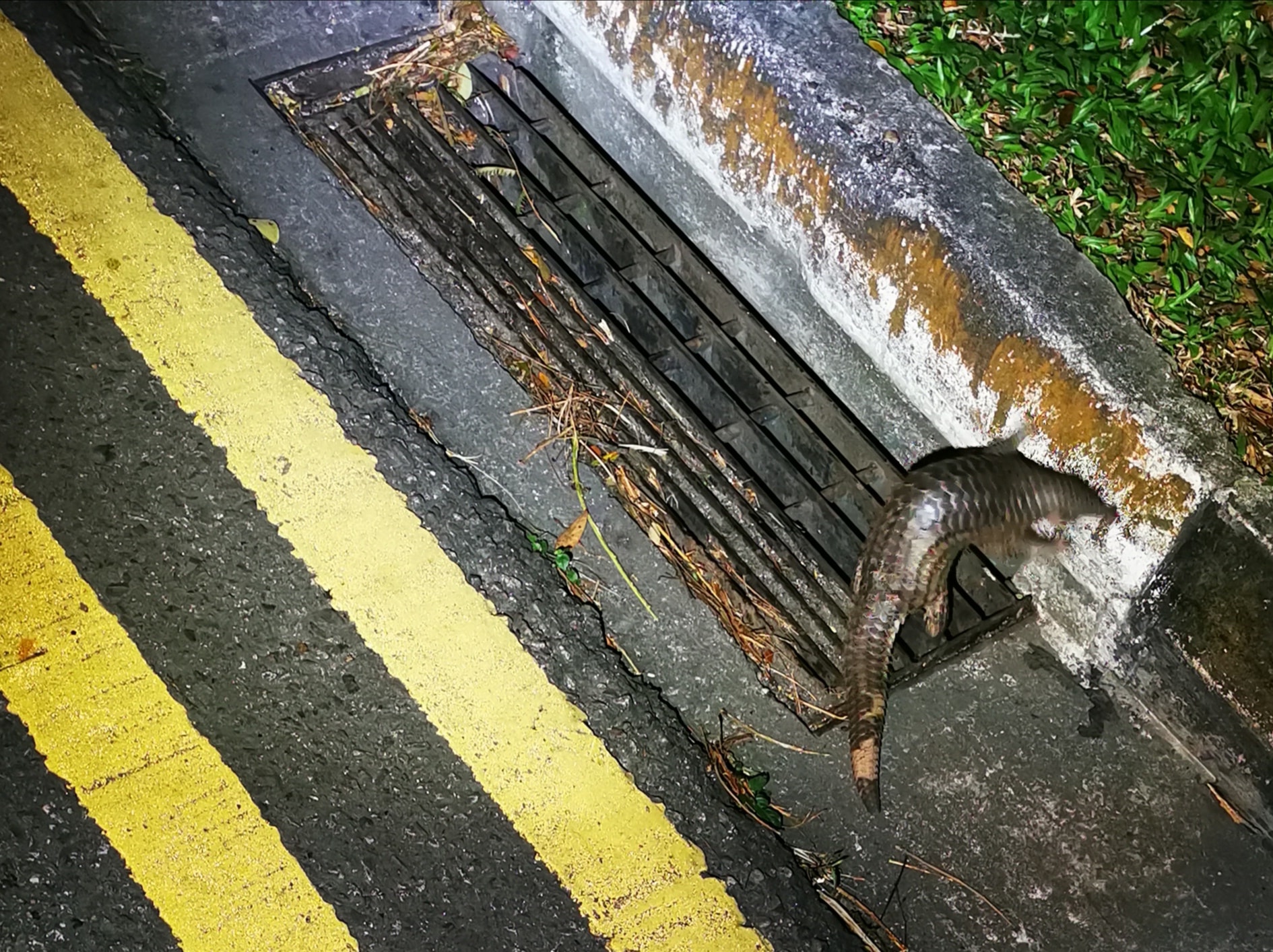 Fearing that it could become roadkill, he escorted it across 2 roads, in the direction it seemed to be headed to.

Mr Lim claimed that several passing vehicles even honked at him as he moved slowly to protect the creature. But since he was more concerned for the pangolin’s safety, he didn’t let the noises bother him.

Despite successfully crossing the road, the baby pangolin kept walking along the roadside instead of going up the kerb. 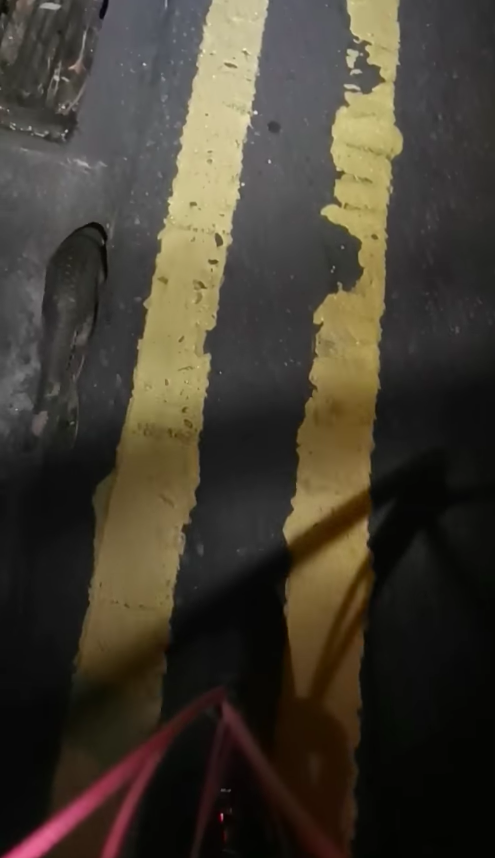 Worried, Mr Lim proceeded to follow and protect the baby pangolin. As the creature was rather young, it did not seem very stable as it clumsily tripped over a drain.

He even tried to corner it with his bike in hopes that the animal would have no choice but to go up the kerb to safety.

However, the pangolin sneakily squeezed through the bicycle tyres and continued on its way.

After a minute of ushering it to no avail, Mr Lim decided to use the rim of his bicycle’s wheel to lift the baby pangolin up the kerb while it was burrowing across for the second time.

When placed on the grass, the pangolin remained unbothered and slowly waddled away.

According to NParks’ website, most pangolin species are either vulnerable or critically endangered as they are often poached or die from road accidents.

This is likely why many netizens praised the cyclist for helping the little creature.

However, some were also saddened that deforestation has forced these creatures to appear in urban areas.

Another netizen hoped that the authorities would do more to protect wild animals from crossing roads dangerously. 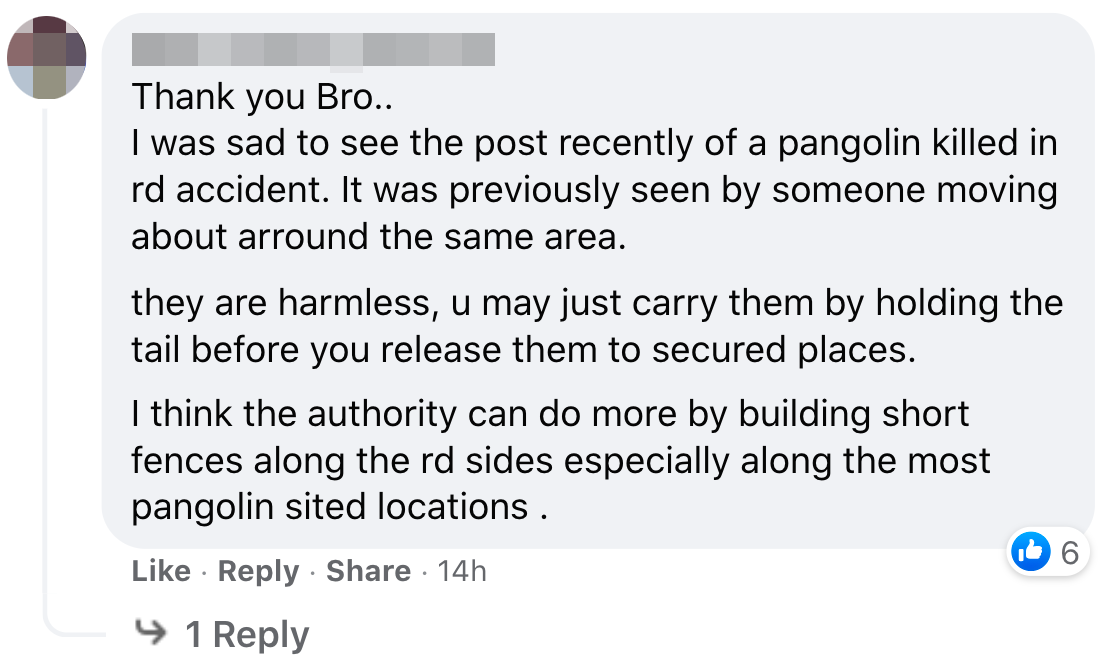 He went on to say that it was sad to see many wildlife lose their lives in road accidents.

Due to multiple incidences of wildlife becoming roadkill, drivers should remember to drive safely and keep a lookout especially at night.

Thankfully, this very kind cyclist was able to protect and escort the baby pangolin to safety.

Hopefully the baby pangolin managed to find its way back to its family and not cross the road dangerously again.