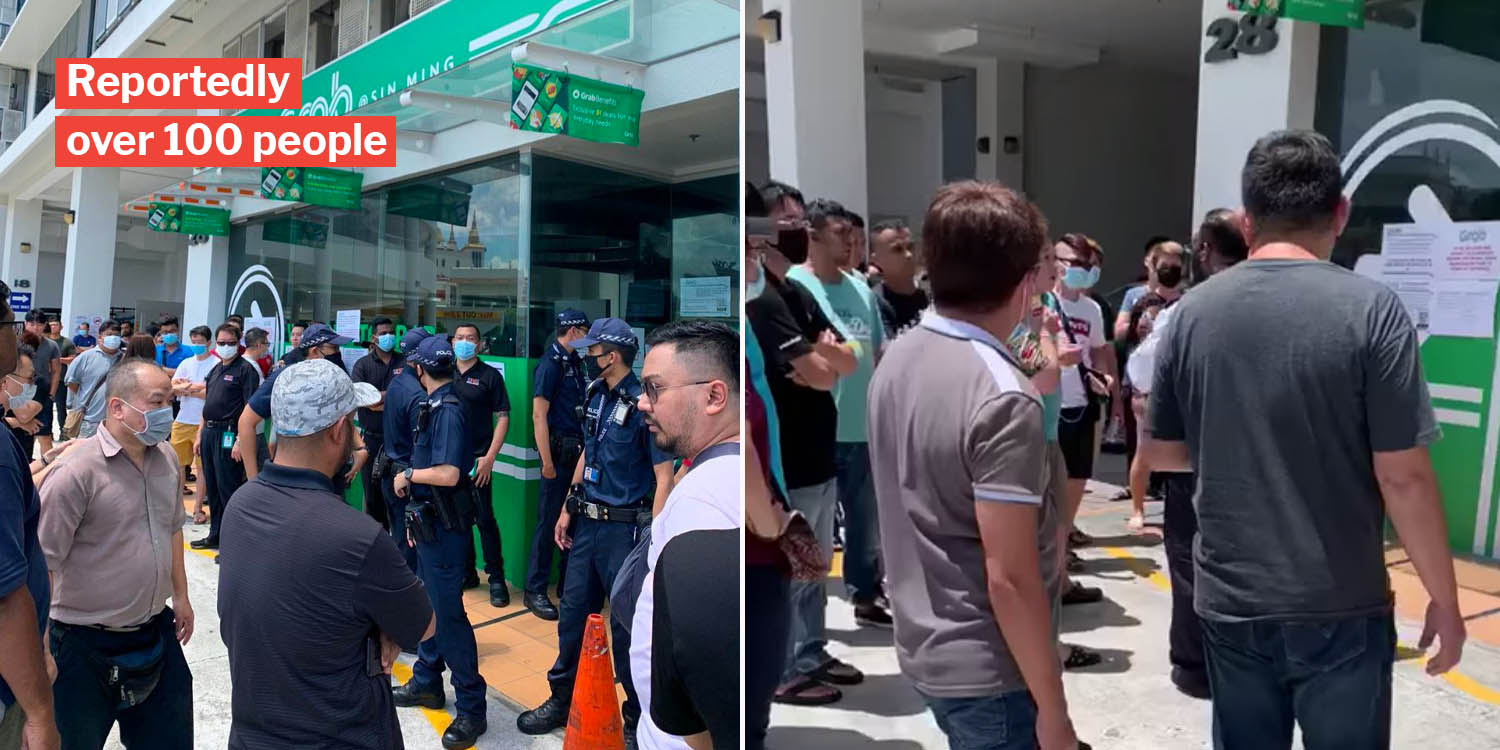 Shocking to see a large crowd gathering during this time.

With the ‘Circuit Breaker’ measures starting on Tuesday (7 Apr) and Singaporeans across the nation staying at home, many expected the demand for food delivery services to spike.

Anticipating the demand, more food establishments have listed themselves on food delivery apps like GrabFood, reported The Straits Times.

Obviously, with more people ordering food delivery, those who deliver food are also greatly needed, and it seems like people who need income are now flocking to apply for such jobs.

As an indication of the sudden popularity of such jobs, a Facebook post showed what looked like a long queue of people crowding outside Grab’s office in Sin Ming on Wednesday (8 Apr). It was so crowded, that the police were apparently called to the scene. The videos seemed to show a rather agitated crowd, with some Hokkien expletives heard. 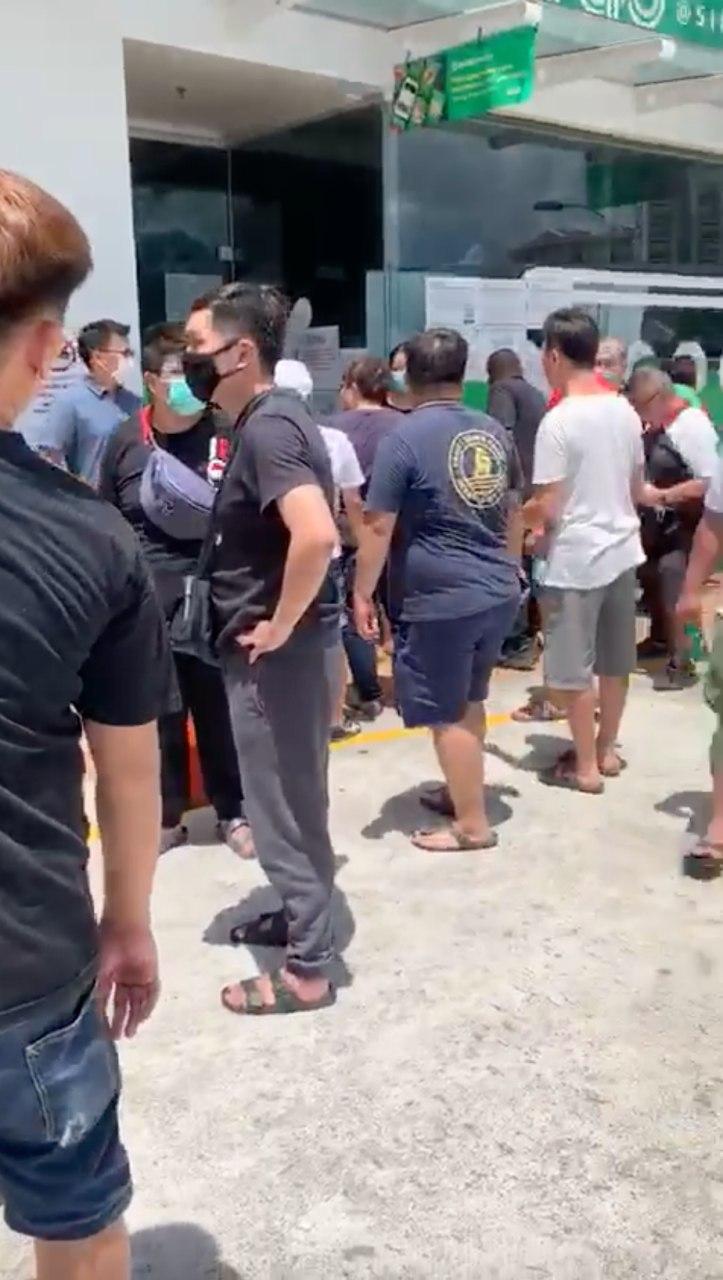 While seeing a large crowd outside the Grab office would be surprising anytime, it was more shocking because it’s now illegal to have social gatherings of any size, anywhere.

That would definitely have been necessary, if the post’s claim that the queue had over 100 people is true.

Another video in the comments of another Facebook post showed what seems to be a policeman, instructing the crowd to “move back”. 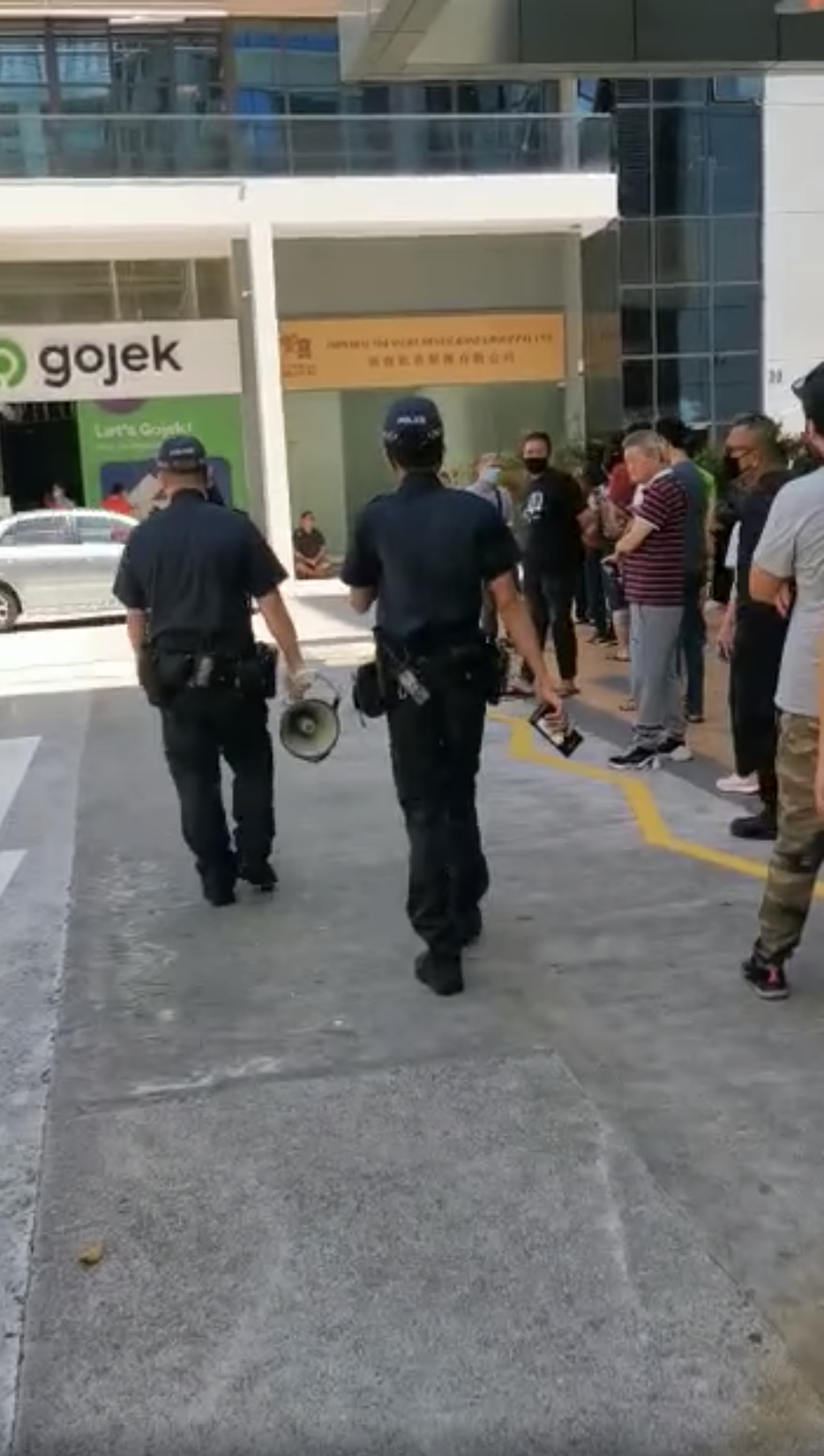 MS News reached out to Grab to understand the situation, and their spokesperson revealed that the large crowd was actually made up of Grab drivers who wanted to do food and parcel delivery as well.

It’s understand that many would wish to do that, considering that there are fewer passengers and more food delivery orders now that more people are staying at home.

Here’s what the statement said,

As part of an extended pilot programme that enables our driver-partners to sign up to do food and parcel deliveries, many applicants had turned up at the Grab Driver Centre (GDC) at Sin Ming today to collect their GrabFood delivery gear, thus forming a queue at our premises. Unfortunately, we had to turn a proportion of them away in line with the latest Circuit Breaker measures, as well as to ensure the safety of all.

We would like to take this opportunity to assure our partners that they will be able to apply for an appointment slot to collect their delivery gear soon. This will ensure a seamless experience, and  we can better support their needs.

We apologise for any inconvenience caused and would like to assure our partners and the wider community that we take all necessary precautions to look after their safety and well-being.

Process could have been handled better

We understand that for these drivers, their livelihoods are at stake, and that’s why they were anxious to sign up and collect their gear.

Perhaps a long queue should have been anticipated, and the process should have been handled better, to avoid such a large crowd gathering outside the Grab office and threatening everybody’s safety.

After all, following safe distancing measures is of paramount importance.

We hope that the affected driver-partners will be able to collect their gear smoothly, and remain safe during this period.