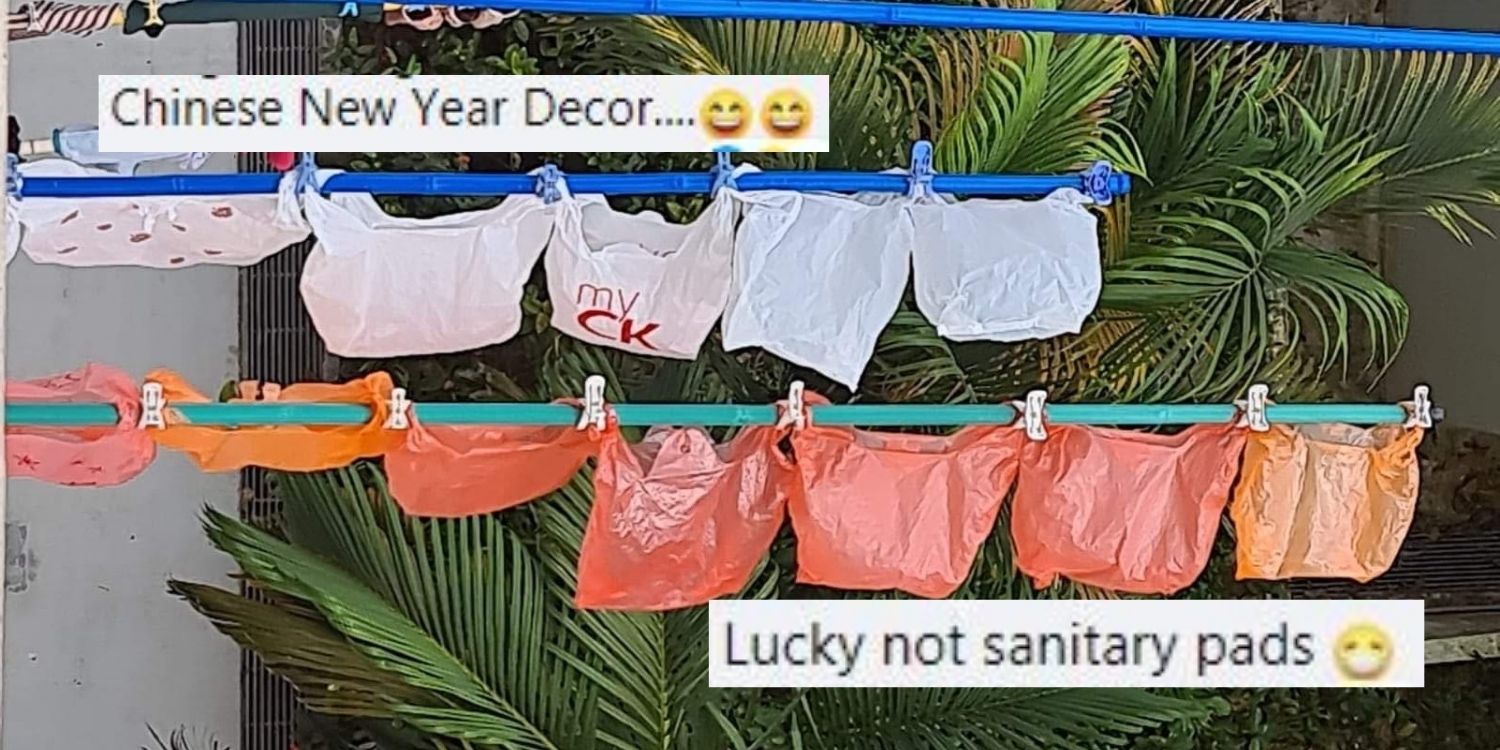 One of the iconic sights is Singapore is to see residents drying their laundry on poles outside HDB flats.

However, sometimes it’s not just laundry that can be hung out to dry.

One resident took a photo of what appears to be the unit below theirs, hanging plastic bags out to dry. The photo prompted a flood of responses from netizens, who speculated on the reason behind the curious sight.

In the photo posted in the Complaint Singapore Facebook group, plastic bags of different colours and designs could be seen.

While mostly white, orange or pinkish in colour, some of the plastic bags had patterns, with one sporting the logo of CK Department Store.

This meant that the bags were from many different sources.

Though nobody knew why the OP’s neighbour was doing it, that didn’t stop netizens from speculating.

Many suggested that the resident was collecting something, like water from the rain.

Other suggestions were fairly inane, like the possibility that the resident is collecting wind.

Unless he needs fertiliser for his plants, we wouldn’t think he’s collecting bird droppings either.

Since Chinese New Year is coming, a commentor jokingly said that the plastic bags could be cheapskate CNY decorations.

Another even compared them to a budget version of Koinobori, which are Japanese carp-shaped windsocks flown to celebrate a national holiday. 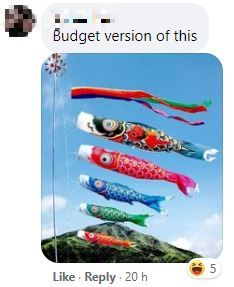 While they can probably be found for cheap at Daiso, why spend money on them when they can be found around the house for free?

Speaking of Singaporeans’ practice of keeping plastic bags around at house for various uses, one netizen noted that NTUC FairPrice wants to charge for plastic bags to encourage shoppers to bring their own. 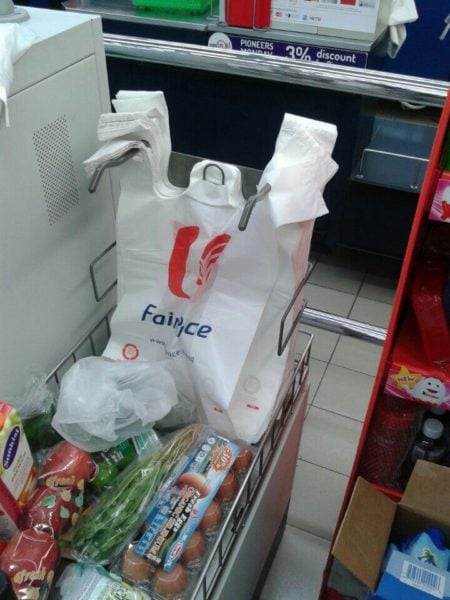 They aim to reduce plastic bag usage and in turn save the environment.

The netizen countered the resident’s airing of plastic bags showed our commitment to recycling them and thus saving the earth.

Another also pointed out that the resident’s action were eco-friendly since he’s reducing wastage by reusing plastic bags, and possibly also collecting rain water for home use.

But another netizen also noted that the resident may have been playing it safe amid the Covid-19 pandemic, and washing away the virus before using the bags.

One netizen had an interesting explanation that gave the resident entirely too much credit.

Another commentor said neighbours should be grateful that the residents isn’t airing sanitary pads – given the incidents of such unsavoury items being found near HDB blocks.

Finally, one just felt that the OP was too bo liao to share the photo, and should be ashamed of himself.

As for us, we think the resident’s probably a thrifty person who reuses his plastic bags often.

That’s why he washes and dries his plastic bags so they can be used again for purposes.

If that’s indeed the case, while we probably wouldn’t go to such an extent, kudos anyway to the resident for his effort.

Why do you think the plastic bags were being dried? Do comment below.