Calvin Cheng Apologises For ‘Being Rude’ To Sengkang MP Over The Internet, Jamus Lim ‘Graciously Accepts’

When politicians disagree in Parliament or over social media, the public may often assume that they’re at odds with each other in real life too.

However, like the rest of us, some go out of the way to fix the situation over a cup of teh or kopi, proving that friendships don’t need to know party boundaries.

Sengkang MP Jamus Lim and Nominated Member of Parliament (NMP) Calvin Cheng had crossed swords more than once on Facebook, but finally met up over lunch to bury the hatchet. 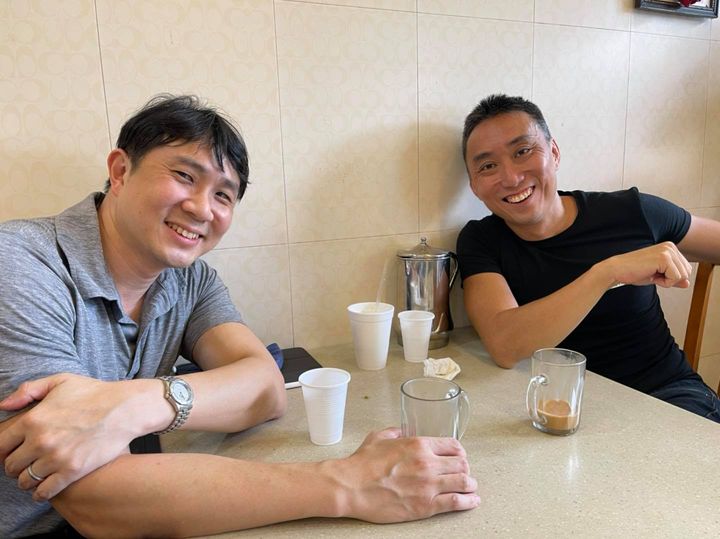 In a Facebook post on Monday (8 Feb), Mr Cheng said he apologised for “being rude” over the Internet, and Dr Lim graciously accepted. 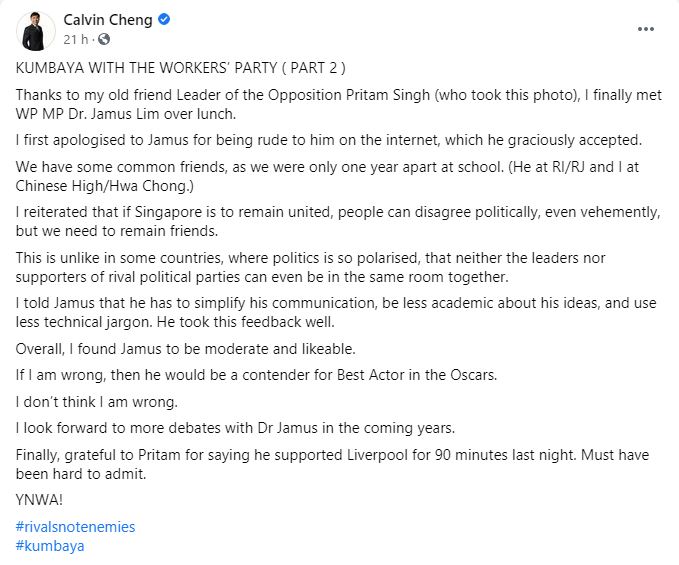 The meeting was possibly set up by Leader of the Opposition Pritam Singh, as he was also present and took the above photo.

As previously reported, the Workers’ Party (WP) chief is old friends with Mr Cheng. The latter has said that they were actually “fairly close”. 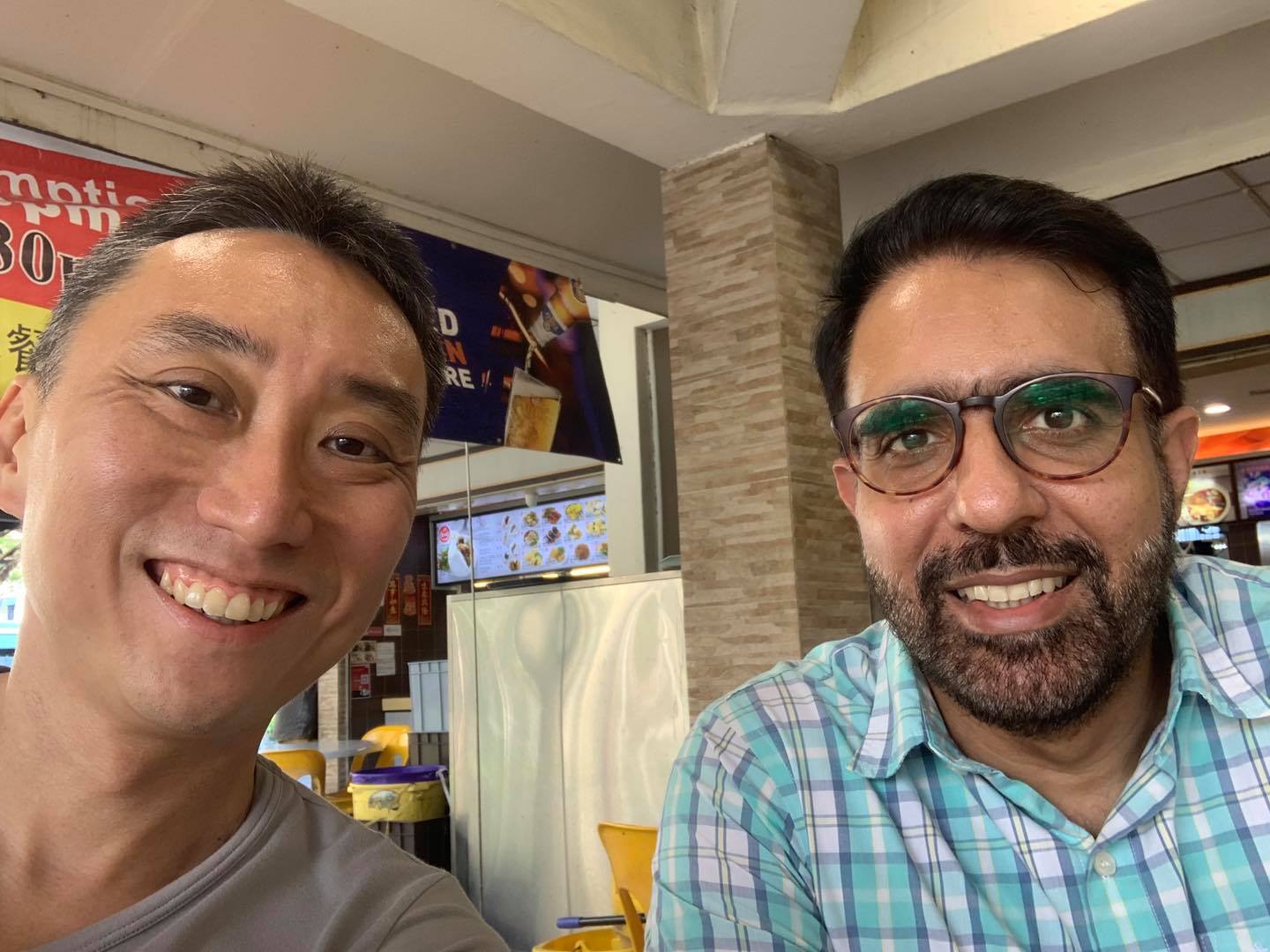 Thus, it’s not surprising that Mr Singh may have thought it would be good for the popular WP MP and a frequent opposition critic to get to know each other better.

They have an online history

Dr Lim and Mr Cheng’s online history started even before Dr Lim was elected to become an MP.

After Dr Lim did well in a televised election debate, Mr Cheng claimed on Facebook that the WP was being “misleading” about his Harvard qualifications.

Then in Nov, Dr Lim made a seemingly innocuous post about panettone – a type of Italian bread – on his Facebook page. He also implied that Dr Lim’s tastes were “bourgeoise” – i.e. atas – for enjoying things like panettone and a designer espresso, and taking photos with the latest iPhone.

Mr Cheng, on the other hand, said he prefers local delights like kaya toast and kopi siu dai.

In response to backlash, he said in a post the next day that his “sarcastic and tongue-in-cheek” post proved a point.

He claimed that candidates from the ruling People’s Action Party (PAP) who worked hard to succeed have to downplay their achievements and material pleasures, while opposition supporters “fawn over” actual elites who run as opposition candidates. Read his full post here.

Proving that this incident has stuck in the mind, Mr Singh posted later that a resident had given panettone to WP volunteers for Christmas, and he thought of Dr Lim. 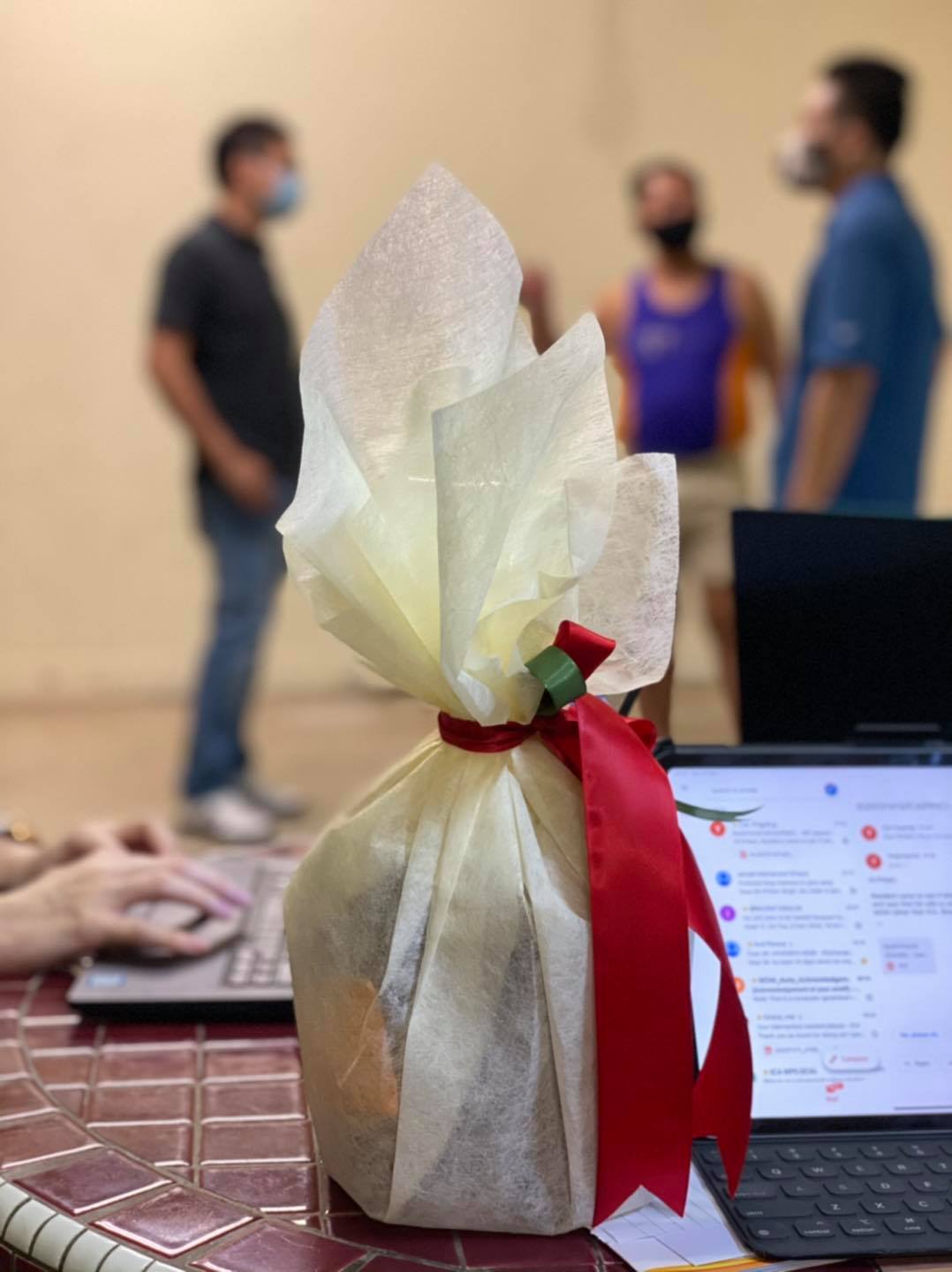 More recently, Dr Lim posted on Facebook on 2 Feb regarding his proposal in Parliament to “raise and rebate” carbon tax. Read the full post here.

Mr Cheng took issue with that in a comment, saying, “This is not how the real world works.” 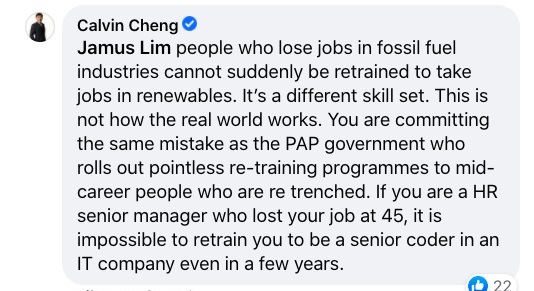 In a subsequent post on his page, Mr Cheng said Dr Lim talks about policies as an academic, without “practitioner” experience.

After the latest skirmish, looks like the time had come for both men to talk things over in person.

During their meeting, Mr Cheng not only apologised for his attitude, but gave him some advice.

As a politician, Dr Lim has to simplify his communication, he said — that means use less technical jargon and speak in a less “academic” manner.

They have common friends

As both men are of a similar age, and they both studied at schools like Raffles Institution and Chinese High, they’ve things in common too.

For example, they found out that they had common friends.

Mr Cheng found Dr Lim to be “moderate and likeable”.

He also emphasised that people need to remain friends despite disagreeing in terms of politics. That’s important for the unity of Singapore.

Thus, he looks forward to debating more issues with Dr Lim in future.

Other ‘rivals not enemies’

Mr Cheng probably hopes to have the same relationship with Dr Lim that he has with Mr Singh — “rivals not enemies”.

Another example of “rivals not enemies” is Mr Singh and Speaker of Parliament Tan Chuan-Jin, who have met over lunch to discuss the former’s role as Leader of the Opposition. 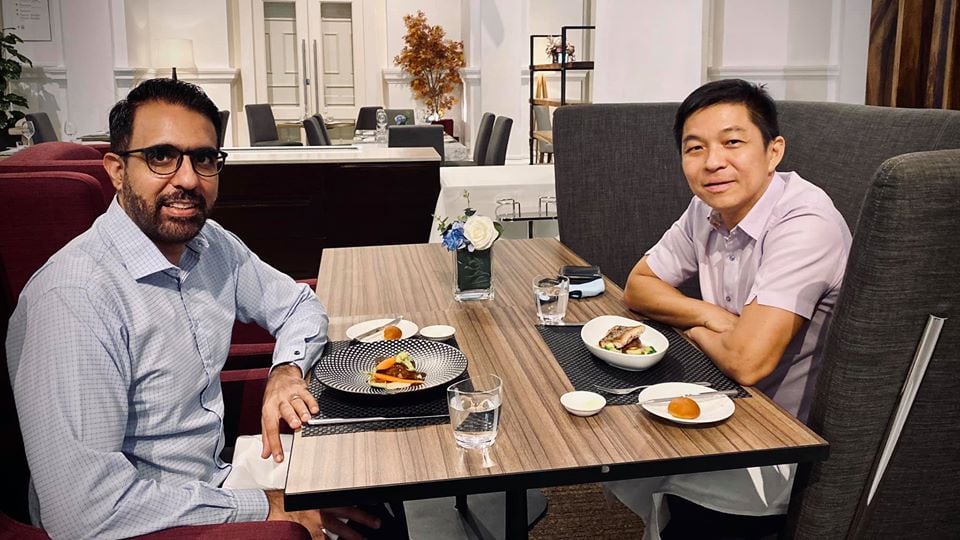 Mr Tan, on his part, has also been committed to forging friendships outside political lines. 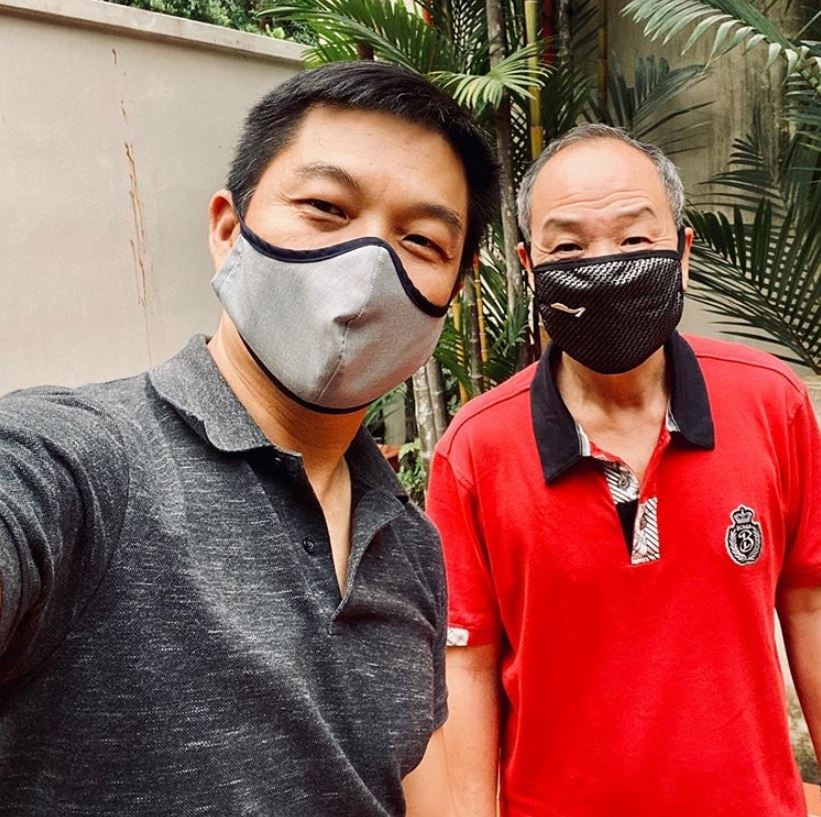 Another example of cross-party respect was seen in the heat of campaigning for GE2020. 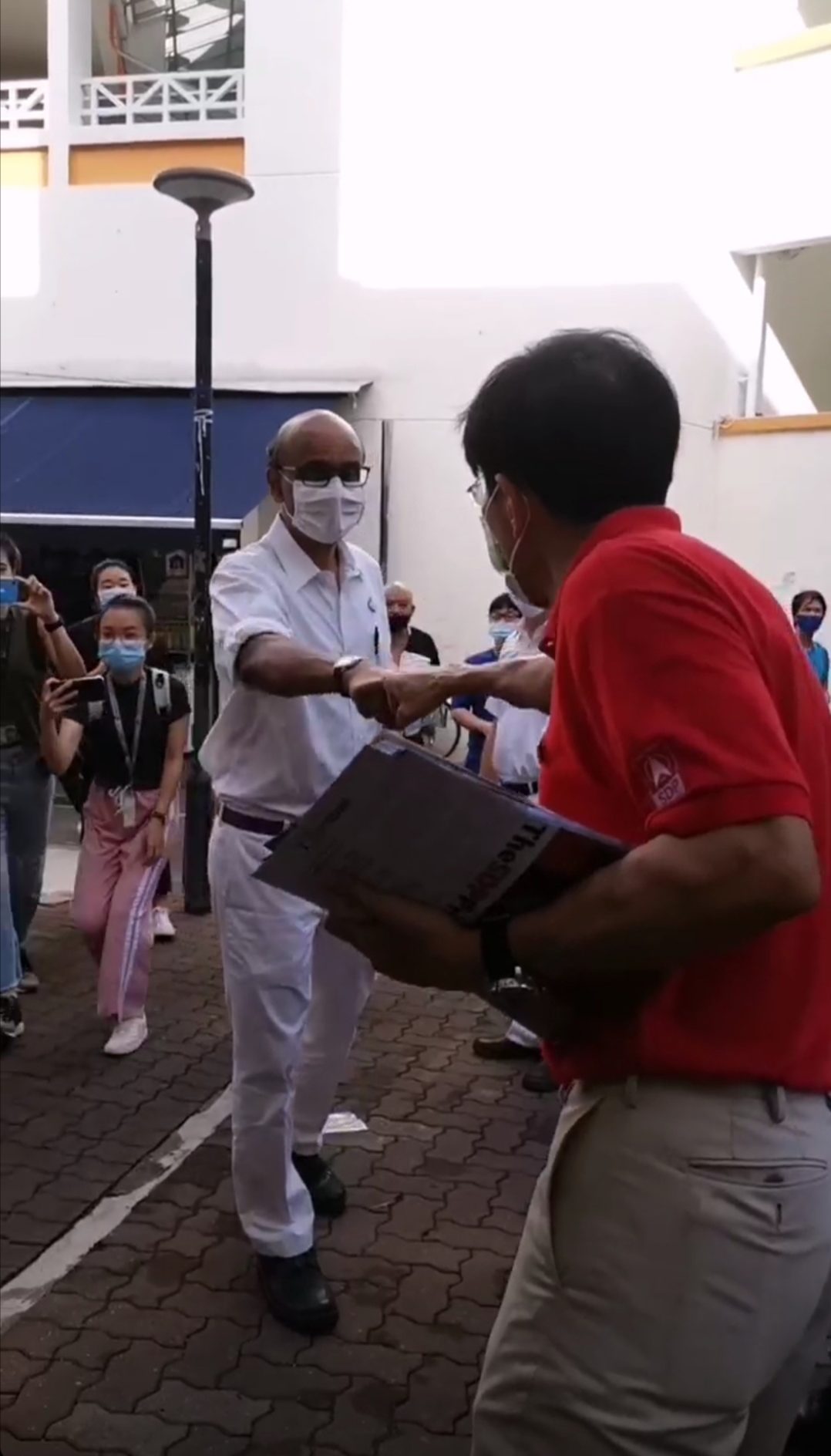 We’re glad that despite their differences, many of our politicians seem to have true respect for one another.

After all, just because people have different views on many issues, doesn’t mean they can’t find common ground and respect each other as fellow human beings.

As long as these cross-party friendships hold up, it bodes well for Singapore as a nation.