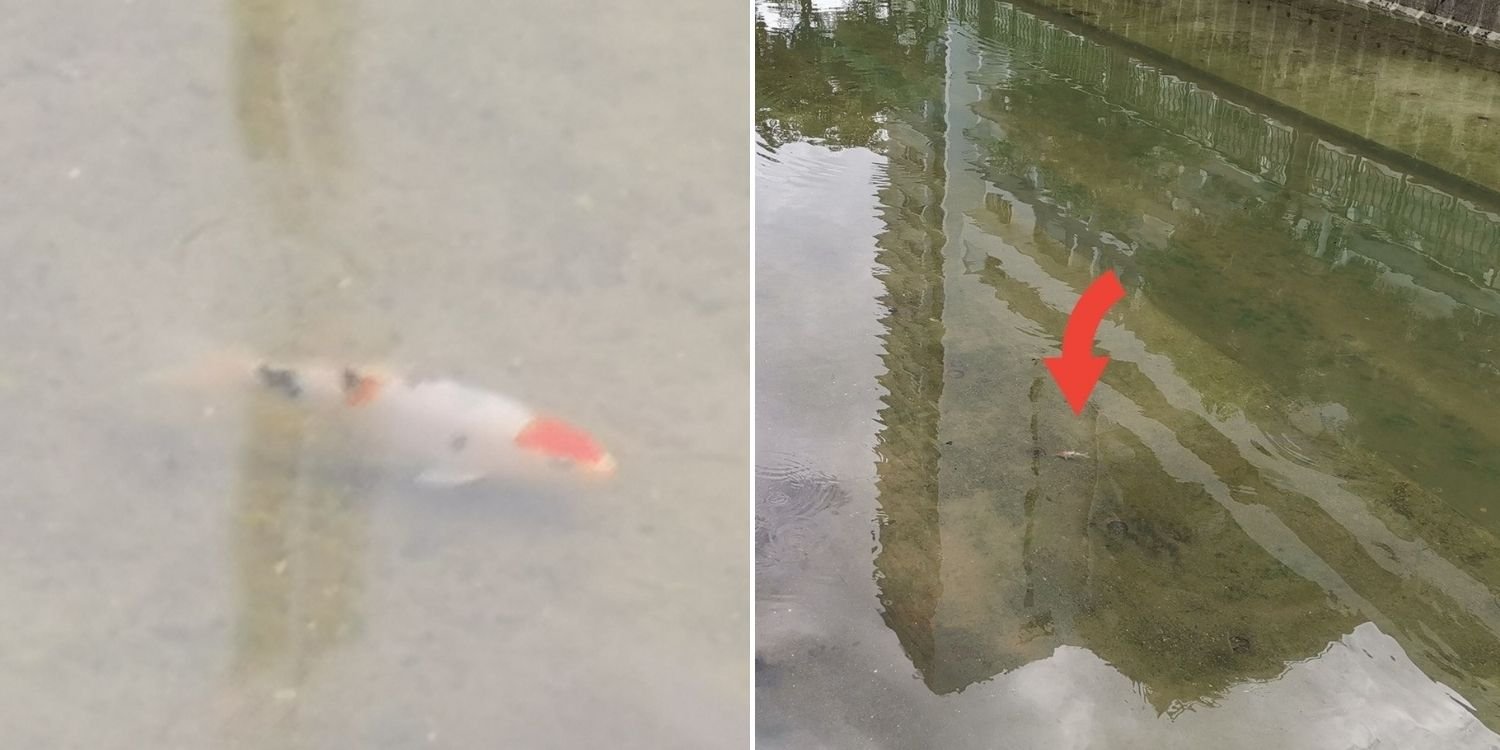 Unfortunately, it's probably an abandoned pet.

Though we mostly can’t travel to Japan as yet, those who’ve been there remember the country as being very clean.

So much so that instead of their canals being filled with filth, they’re so clear that koi can swim in it.

Thus, one netizen must have done a double take when he saw something in Singapore that reminded him of just that—a koi swimming in a canal. 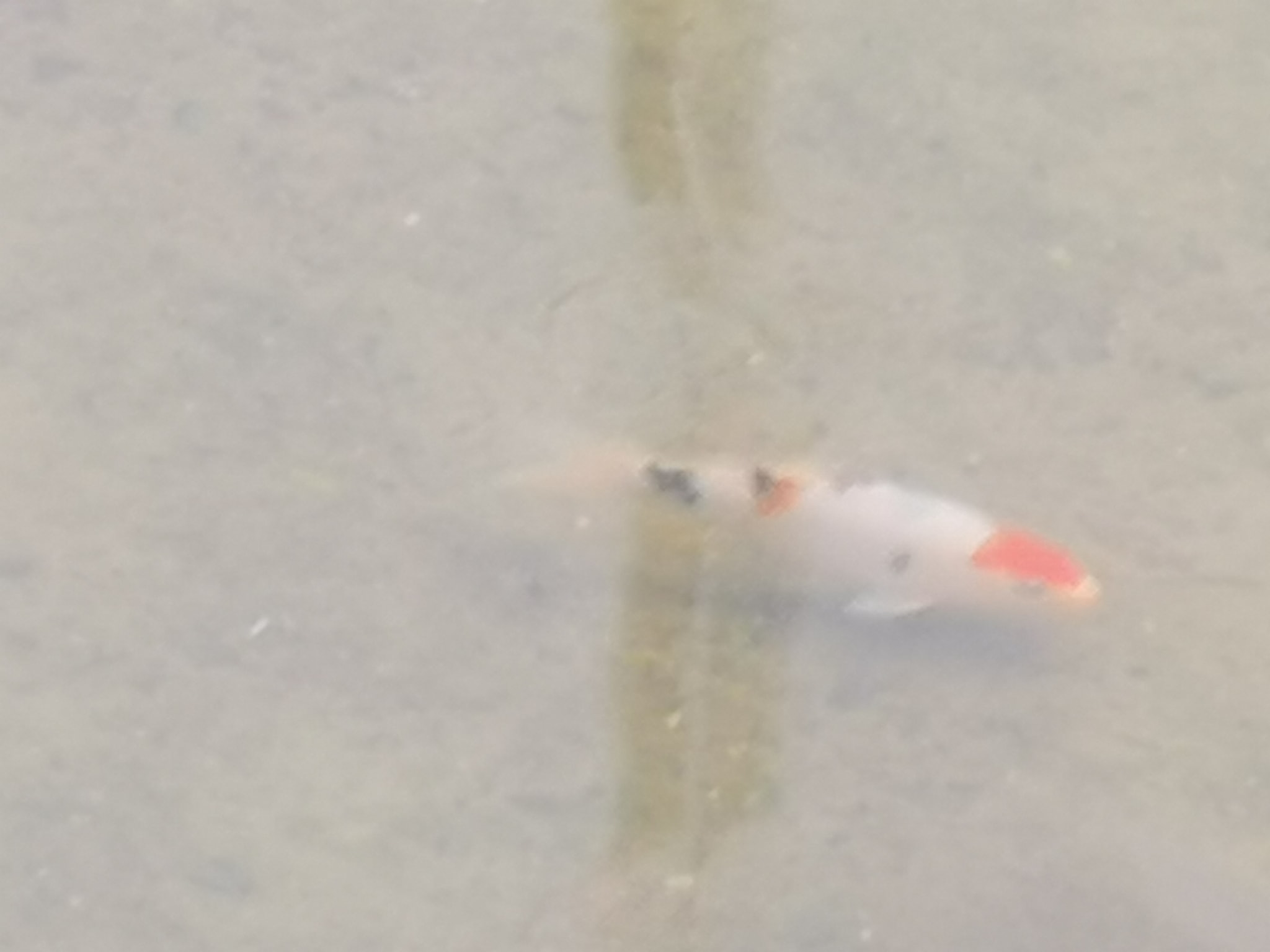 Amazing as the sight seemed, other netizens said it wouldn’t last long—the fish may be gobbled up by our resident otters quite soon.

The sighting was shared in a post by a Mr Bernard Ee in the Singapore Wildlife Sightings Facebook group on Friday (3 Sep).

The vibrant colours of the fish, seen in the close-up photo, deems it unmistakably to be a koi.

He also posted a photo showing the fish swimming all alone in the wide expanse of the canal. 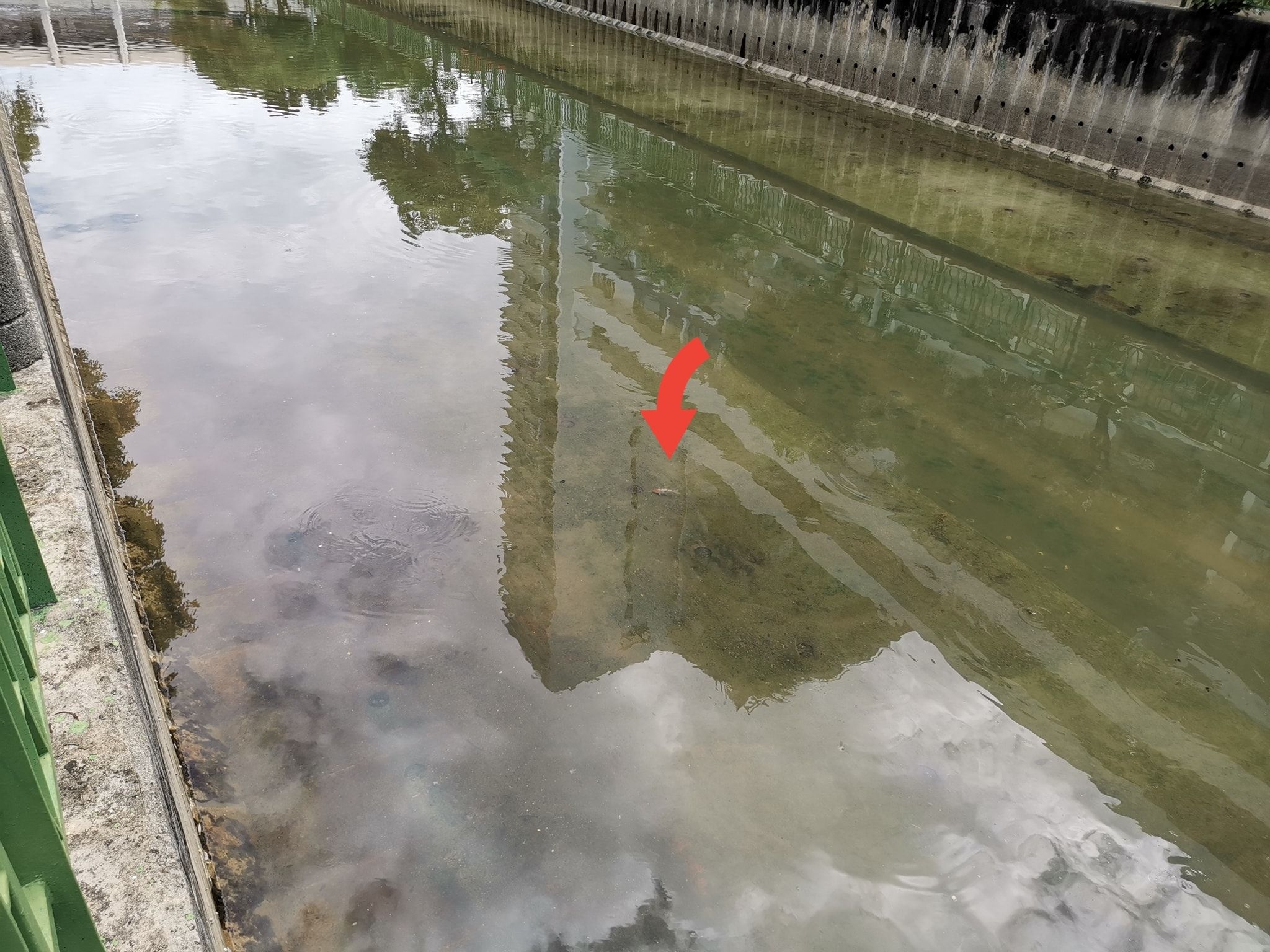 You can make out the critter in the centre of the photo—kudos to Mr Ee for even noticing it in the first place.

Curious netizens asked him where he saw the koi, to which he replied that it was in the canal next to Kembangan MRT station.

He probably said this because Japan is known for the koi that can reportedly be found swimming happily in its crystal-clear canal waters. 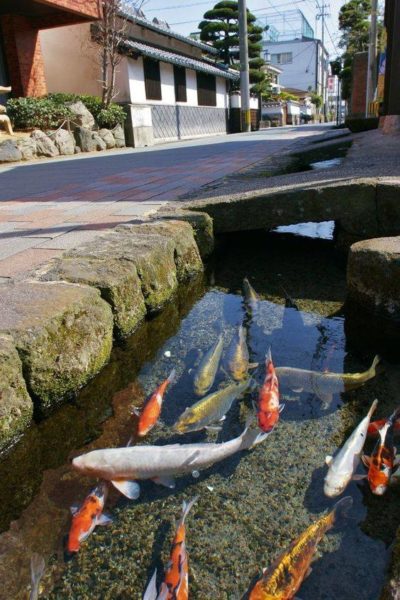 However, unlike Japan, our otherwise cute and cuddly otters threaten the fish in our canals.

The voracious carnivores have been seen all over Singapore, especially where there’s water.

They’ve been known to eat the koi of condos foolish enough not to prevent them from crashing.

With this in mind, it’s no wonder that a netizen replied to the photos saying that the otters are on their way, possibly to consume the poor fish.

Another one jokingly asked Mr Ee not to let the otters see the post, or they will come looking for the koi.

However, some netizens were of the opinion that koi running wild are pests and bad for our ecosystem.

Thus, it may be good for the otters to eat them up anyway.

The sad possibility that the koi might be an abandoned pet was also floated, especially since the fish aren’t exactly native here.

Grateful for the ‘slice of Japan’

Though we might never know the origin of the koi, it’s undoubtedly surprising and rare to see it in a canal.

As it’s most likely an escaped or abandoned pet, the possibility that it’ll soon be eaten up by an otter or other predators is high.

Thus, we wouldn’t waste our time heading to Kembangan to catch it.

We’re just grateful that Mr Ee managed to share with us “a slice of Japan” before it vanishes forever.