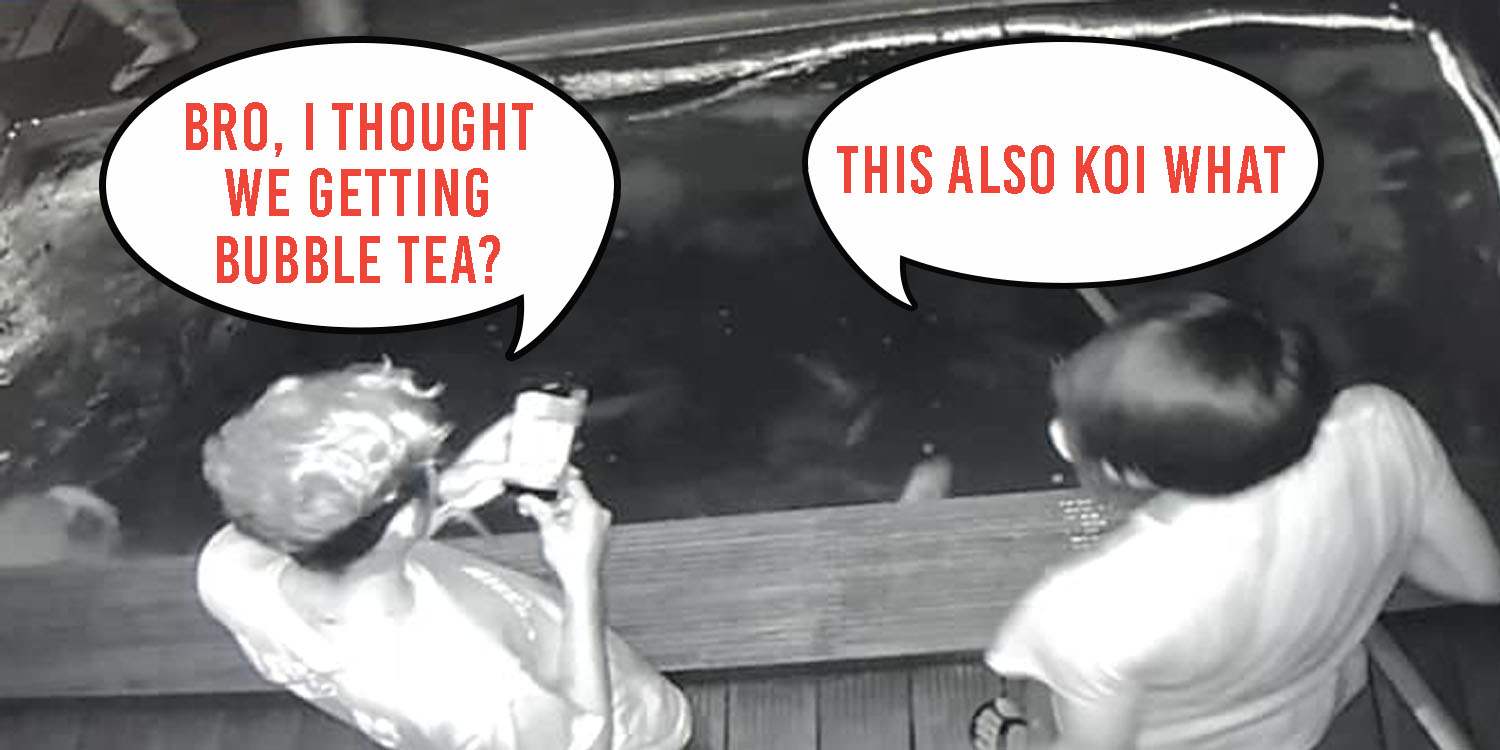 Youths Steal Food And Leave A Mess At Fish At Aranda

Singapore may have been ranked the most peaceful country in the world, but our peace doesn’t always go undisturbed.

A group of 3 to 6 youths were caught breaking into Fish at Aranda at Aranda Country Club in Pasir Ris on Sunday (14 Oct), at 6am.

You must be wondering, what havoc could they possibly wreak at a fishing longkang, right?

Well, it appears that it doesn’t take much to satisfy these young thrill-seekers. More on what they did after the jump.

Went on an escapade around the premises

On Saturday nights, Fish at Aranda closes at 4am on Sunday morning. 2 hours after closing, the youths allegedly broke into the shop and created a ruckus.

The youths did what any Singaporean would’ve done — they saw a chance to get free food and went for it.

They forced opened Fish at Aranda’s fridge and helped themselves to snacks and beverages.

Though for a stealth crew, you’d expect them to come ready with food and drinks to fill their stomach while on their heist.

We guess that the adrenaline rush was building up, so they followed up their theft with another rebellious act.

They threw the stolen food wrappers and cans into the pond.

3. Climbed over the gates to get to the locked longkang area

The locked-up area always holds the most prized items, so they knew they had to break in there.

Once in, they took a net to catch the fish and a dustpan. The net was an obvious move, but the dustpan was a curious choice. Were they planning to sweep up the mess they made after their heist? 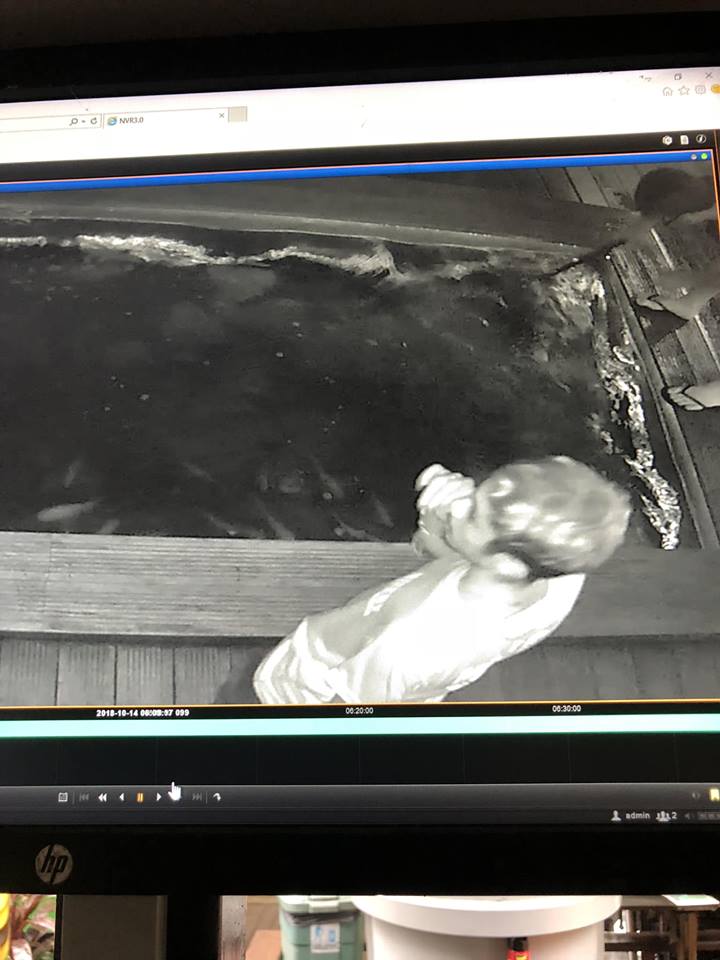 The youths only tried to steal fish from the koi pond. But it isn’t clear which kind they were going for, since the pond is usually filled with a variety of koi fish. 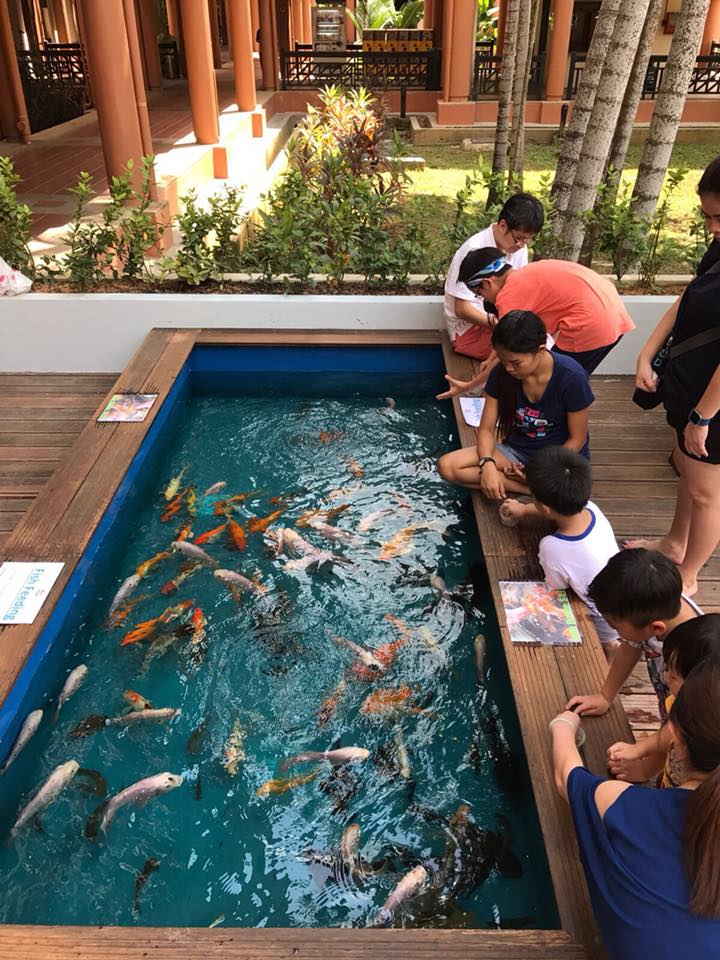 Thankfully, none of the fish were caught. They are currently being observed to ensure they are safe.

Motives unclear, just like their identities on the CCTV footage

CCTV footage didn’t reveal much of their facial features, seeing as the camera was pointed from a high angle. 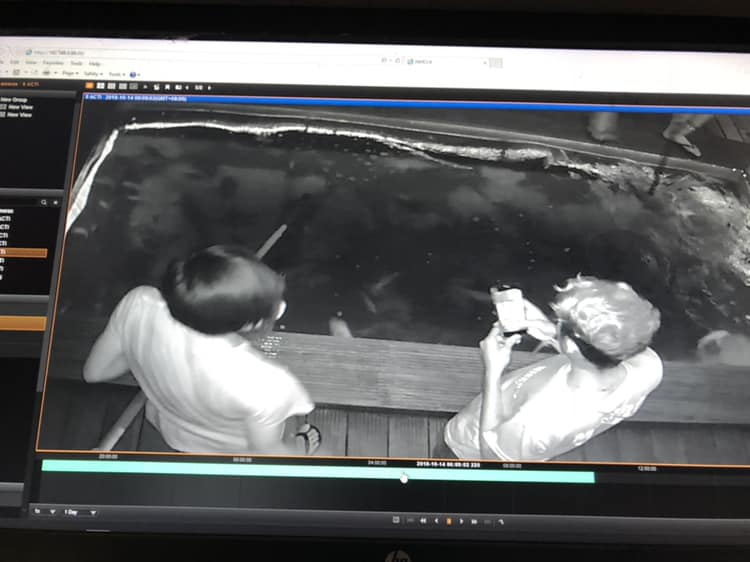 But Fish at Aranda staff have pointed out the distinctive features of two of the youths: 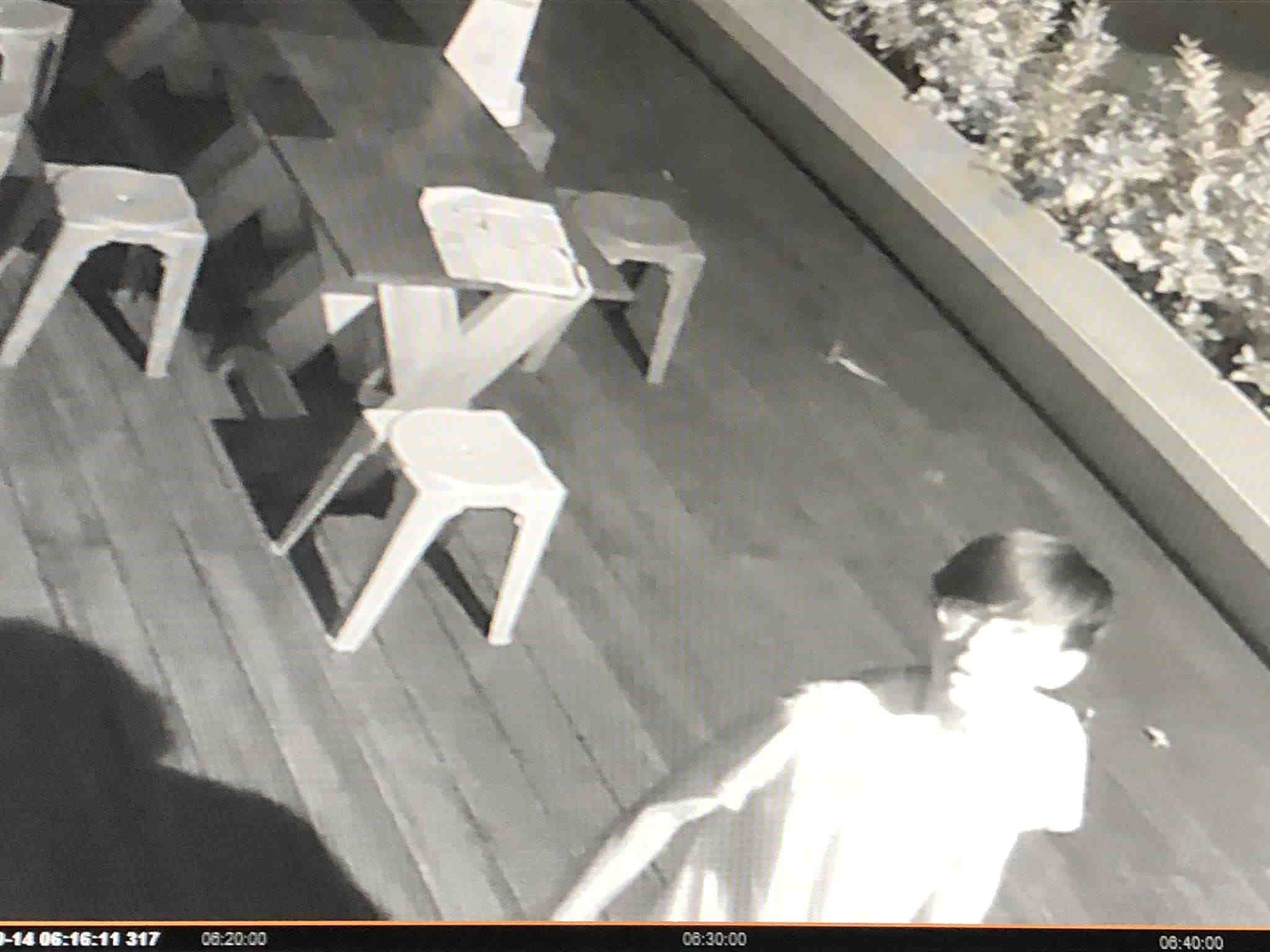 Most of the stills of the footage are focused on these two youths, so it’s unclear how many others were present at the time of the incident.

MustShareNews have reached out to Fish at Aranda for more details.

Fish at Aranda has made a police report but is still seeking public help to identify the suspects.

Its call hasn’t been in vain–netizens have shared that some of the youths may own e-bikes and that they live in Pasir Ris.

But their identities remain a mystery, just like the question of why they were even awake at 6am on a Sunday morning.

Anyone with information that could help with investigations should contact the police or Fish at Aranda.