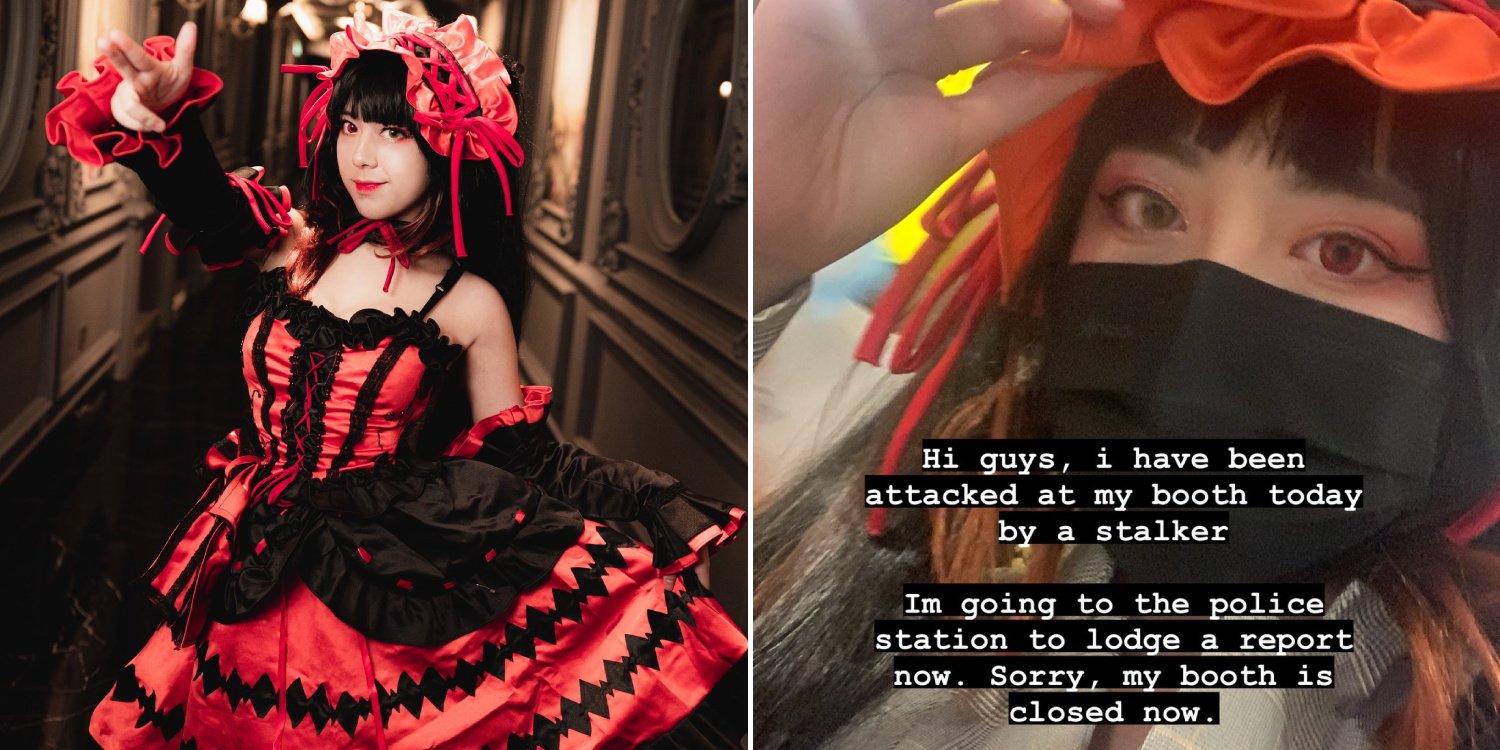 Say no to harassment and victim-blaming.

Cosplaying is a niche hobby in certain communities, with folks dressing up as their favourite characters from movies, animes, manga, and video games.

Some popular cosplayers have even amassed huge followings thanks to their picture-perfect re-enactments of different characters. 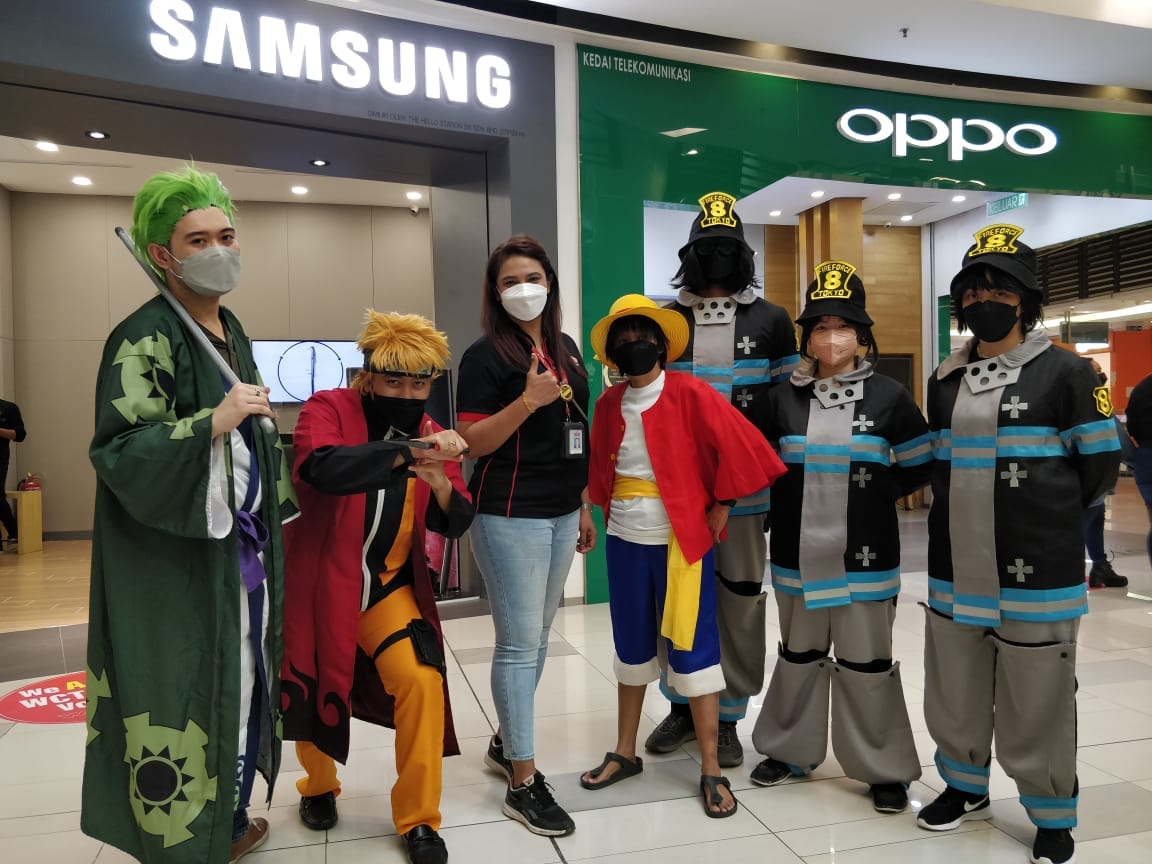 While some fans are generally well-mannered, there are outliers who take their fanaticism to another level.

Recently, a man allegedly stalked a Malaysian cosplayer at a festival in Petaling Jaya.

Feeling fearful after the uncomfortable encounter, the cosplayer sought help from the local police. However, she got a shocking response.

According to the cosplayer, the police officer she consulted blamed her outfit for the incident, saying that being stalked was a “consequence” for donning it.

The officer in question is currently under investigation for his remarks.

On 16 May, Malaysian cosplayer Chin Pui Ting, who goes by the name Pudds, made an appearance at an anime festival in Petaling Jaya.

As the 21-year-old has done at many other conventions, she came in costume. This time, she wore a red corset dress to emulate a character from the anime Date A Live. Malay Mail reports that Ms Chin is familiar with the stalker as she first saw him four months prior at a separate event. He has also been harassing her on social media.

At the anime festival, the stalker allegedly pushed towards her booth “whilst screaming and crying” to ask for a picture. He also wanted her to unblock him from instant messaging platform Discord.

After the event ended, Ms Chin immediately made her way to the police station to lodge a report. 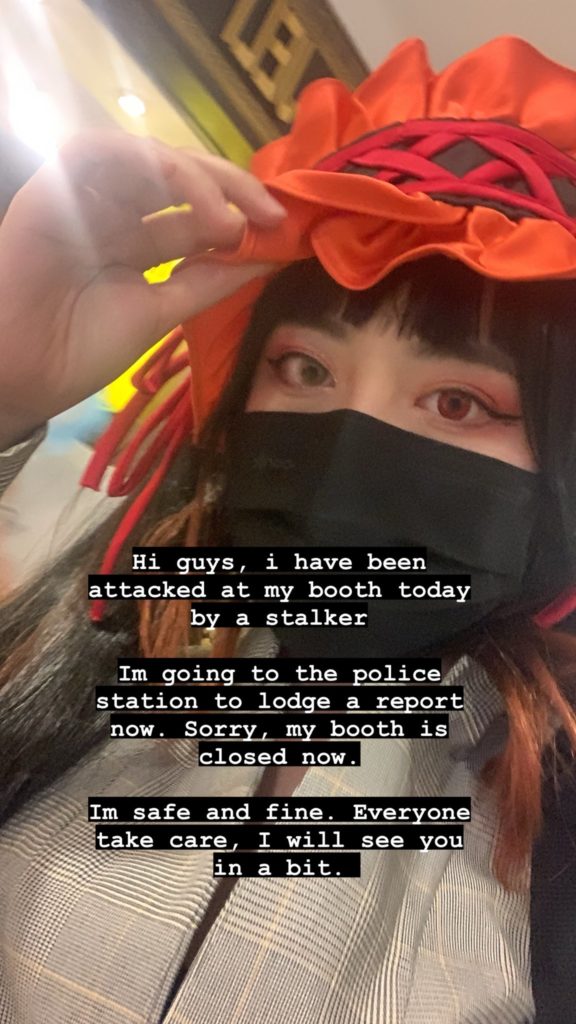 It was at this point that she found herself at the receiving end of inappropriate remarks by a police officer on duty.

In a series of tweets, Ms Chin recalled how the interaction with the police officer went.

Instead of being helpful, the officer allegedly victim-blamed her, saying that the stalking incident was a “consequence” of her dressing up in cosplay.

He remarked that she was also in the wrong for even dressing like that.

After Ms Chin told him her age, he allegedly told her to “go back to school and stop doing things like this”, especially if she’s not part of a modelling agency.

Instead of fighting back, Ms Chin simply accepted all the blame so she could have an easier time at the police station.

On 19 May, Ms Chin shared another update on Facebook, saying that she has given her statement about the officer to the authorities.

She also took a stand against victim-blaming and hoped that her experience will inspire others to speak up as well.

If you’re a victim, never feel scared or threatened to speak up, your voice MUST be heard.

Ms Chin then reminded her followers that those who misuse their power as officers may be reported to the Enforcement Agency Integrity Commission.

Concluding her post, she thanked her supporters for their kindness and help.

Police officer under probe for remarks

According to Malaysiakini, the police officer who allegedly victim-blamed Ms Chin is currently under investigation for his remarks.

He added that they will release a statement on the matter in due time.

Both harassment & victim-blaming are wrong

Parasocial relationships can be a tricky matter to navigate, especially for public figures on social media.

Although some fans may feel like they’re close to the person behind the screen, the reality is quite the opposite. Regardless, one should never resort to stalking, harassment, and other unruly behaviour to get someone’s attention.

The officer’s purported response also highlights the dangers of victim-blaming. Instead of receiving the help that they need, victims are shamed and made to feel like they were at fault.

Hopefully, Ms Chin’s story will help to shed a light on the importance of fighting back against both issues.

9 Men Charged With Speeding Up To 155km/h On CTE, Face Fines & Jailtime