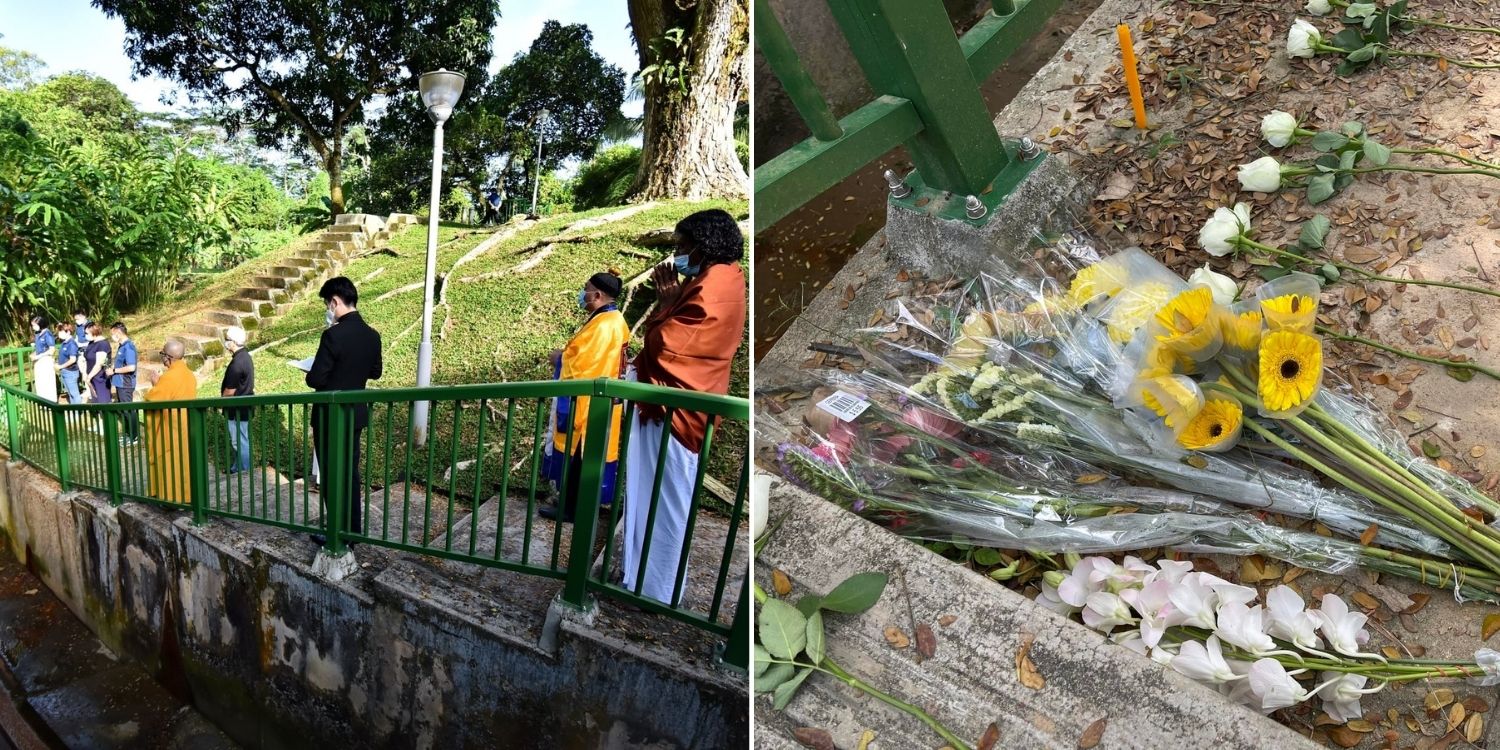 Some of the offerings had messages of condolence.

The deaths of 2 twin boys under shocking circumstances has saddened many Singaporeans.

Thus, even those who’re not acquainted with the family have been moved to pay their respects to the deceased 11-year-olds.

To that end, an inter-faith prayer session was held near Greenridge Crescent Playground, involving 6 religious groups and residents. 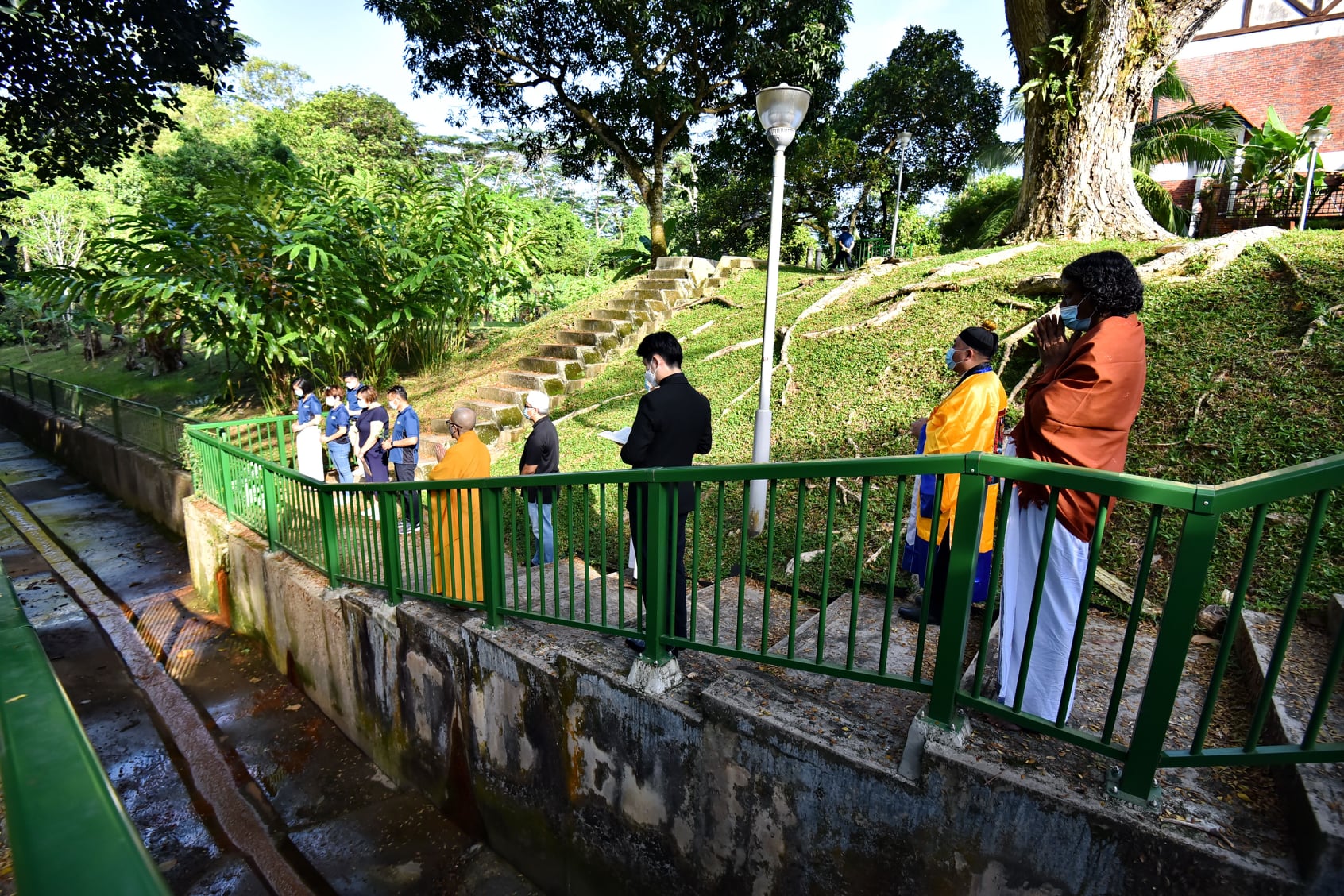 Members of the public also lined the canal with flowers and messages of condolence.

Religious groups a cross-section of society

In a Facebook post on Sunday (23 Jan), Bukit Timah MP Sim Ann thanked the 6 groups that sent representatives to the prayer session, which was held that morning.

They made up a cross-section of Singapore’s multireligious society, and comprised:

About 20 residents and Ms Sim where also present, reported The Straits Times (ST). 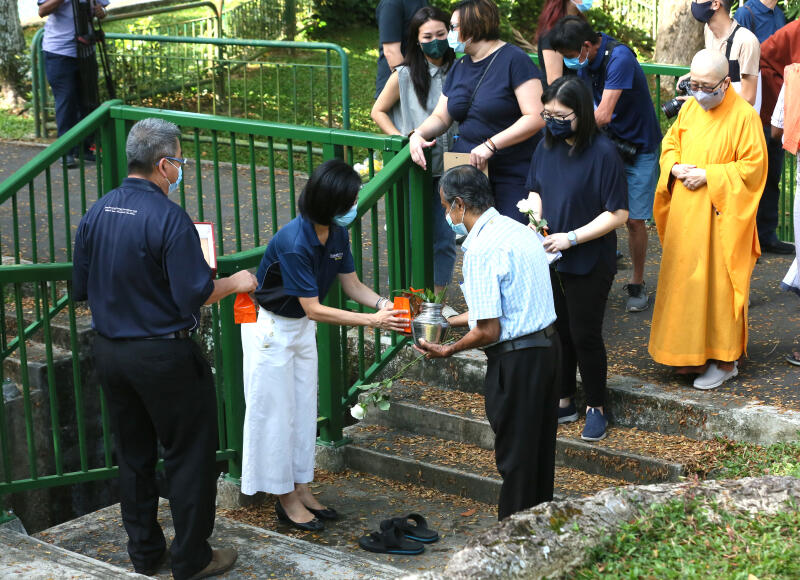 They were invited to silently join the prayers, in any way they preferred.

Ms Sim explained that the gathering was to allow the community to express their collective grief over the deaths.

Having representatives of many faiths there would help people wish their own version of peace on the departed, no matter what religion they subscribe to.

She said the arrest of the twins’ father had only “deepened our community’s collective grief and horror”.

Thus, they also wish to pray for the the family, neighbours and friends of the boys, who are undoubtedly devastated.

Flowers & messages left next to canal

Even before the prayer session, many residents and members of the public had already expressed their grief in tangible ways.

On Sunday, the canal, where the bodies were reportedly found, was lined with stalks and bouquets of white and yellow flowers. 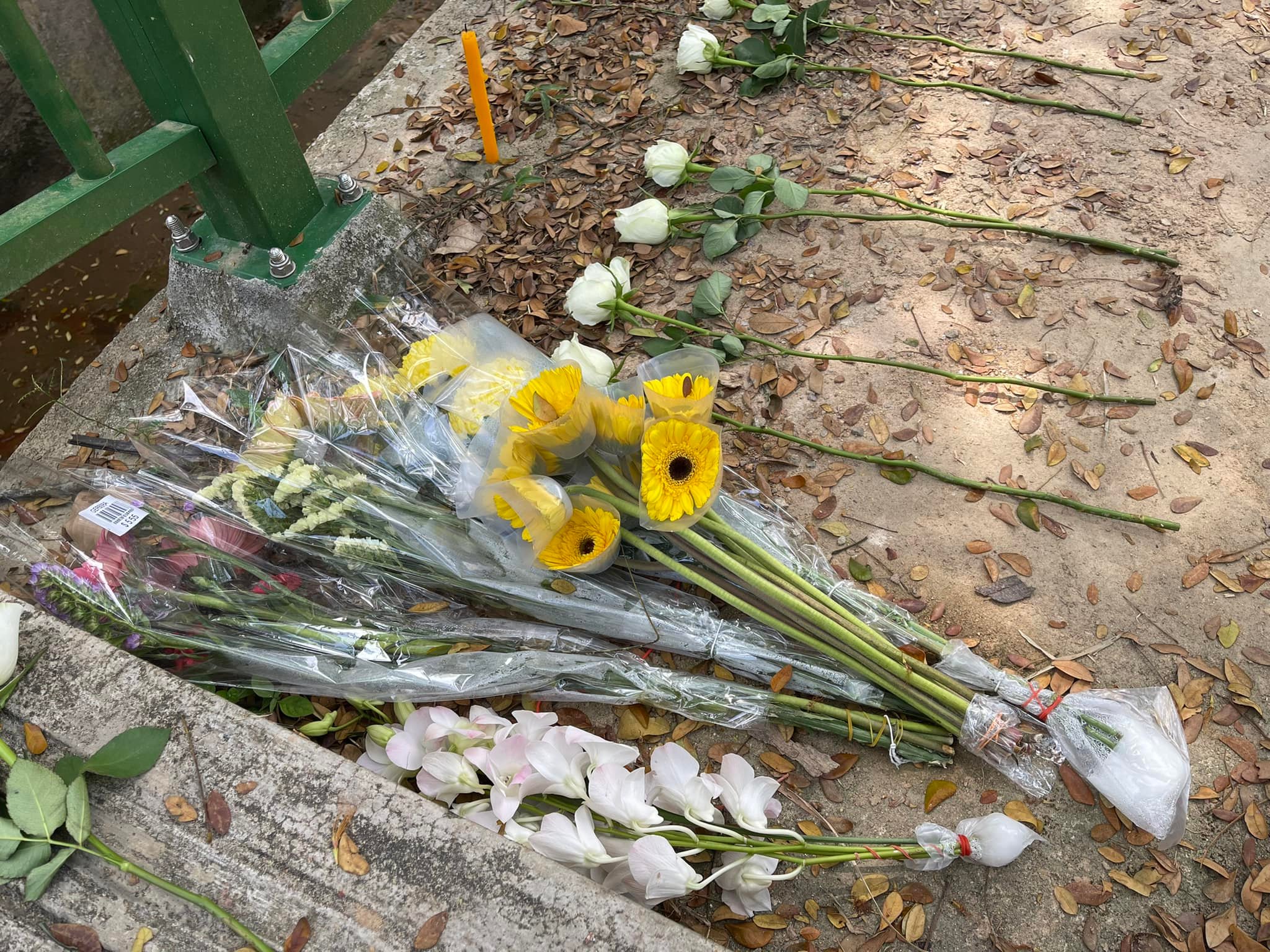 Some of the offerings had messages of condolence from individuals who probably didn’t know the boys personally. 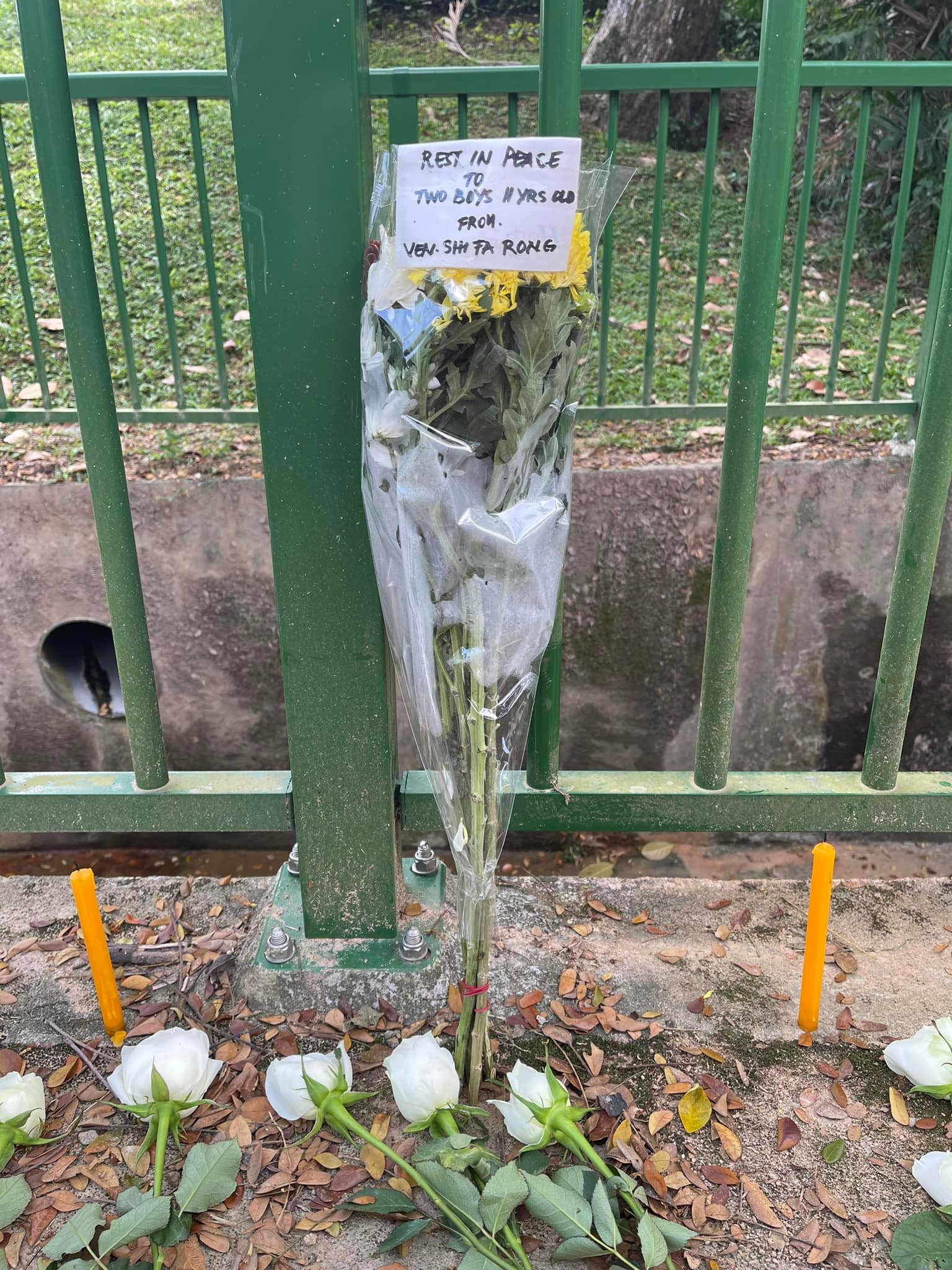 One message written on a paper plate, from someone named “B.”, blessed the souls of the little ones and their family. 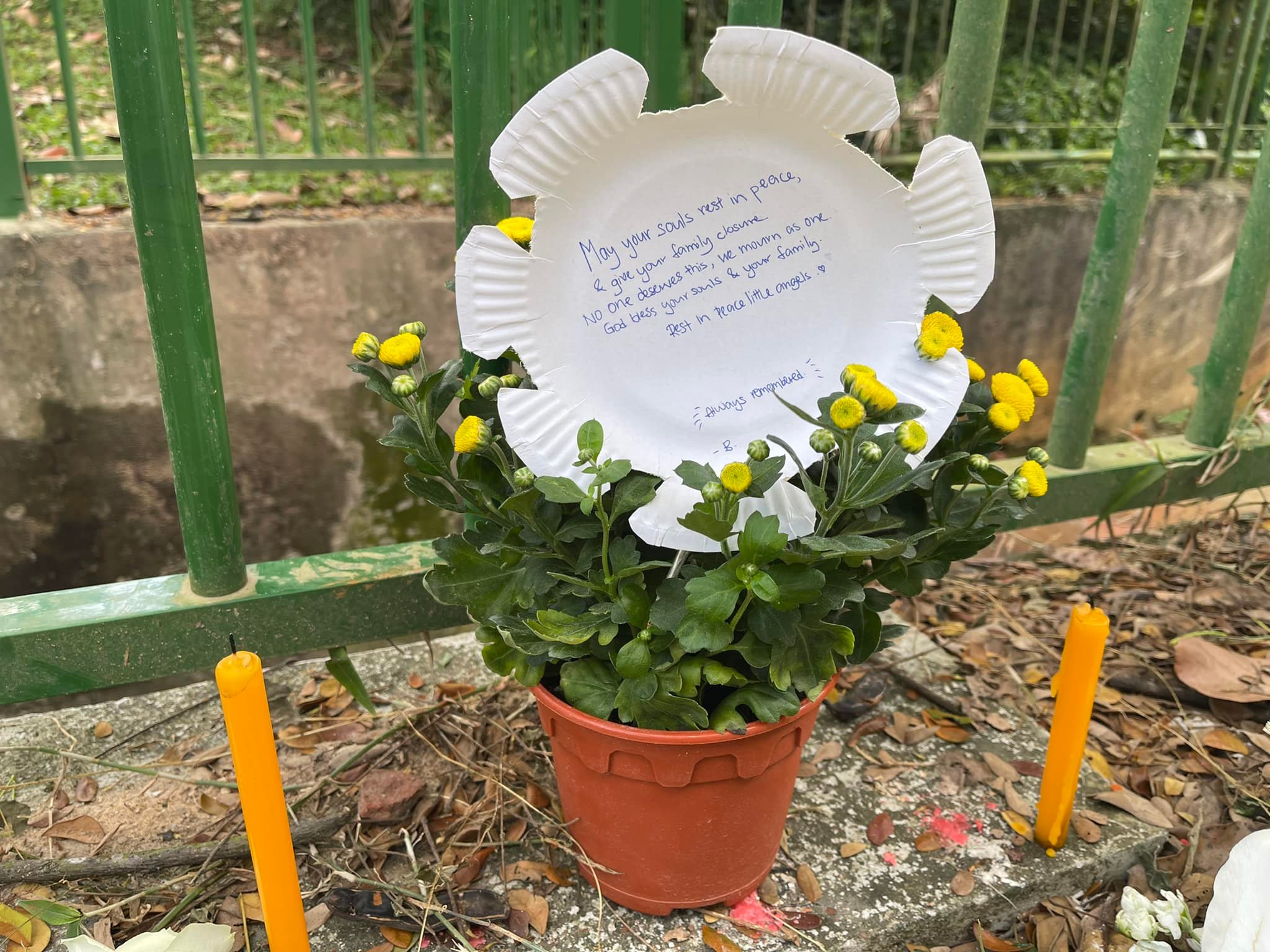 Another person left food and water. 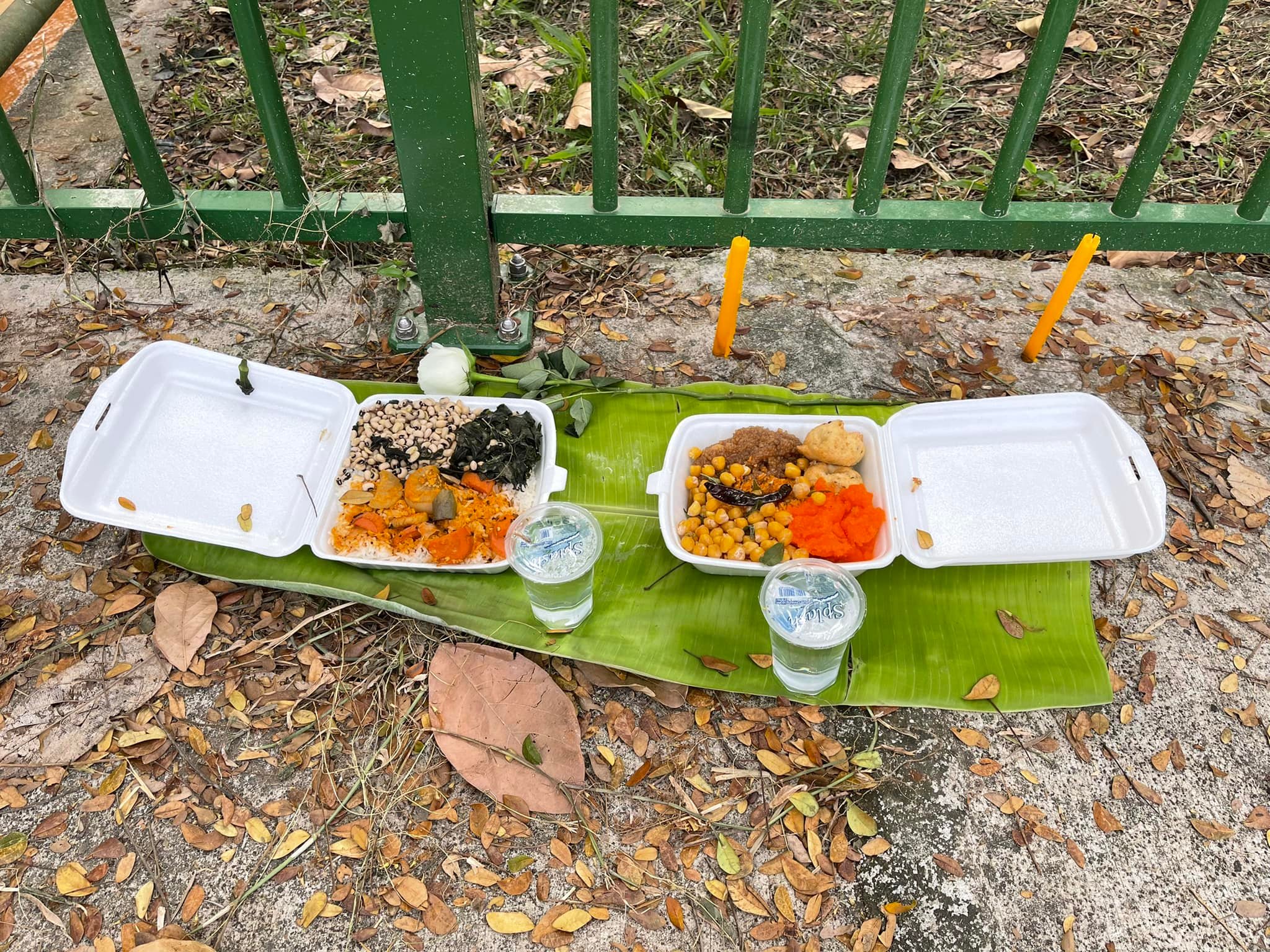 Twins said to have special needs

Ms Sim told ST that her constituency team hasn’t been able to find a household that fits the description of the boys’ family.

However, SG Enable, a disability services and support organisation, posted the names of the twins on Facebook. They’re said to have special needs, SG Enable added, noting that caring for such children can be stressful.

They also stressed that it’s important for caregivers to look after their own well-being too.

Earlier, Death Kopitiam Singapore said the tragic incident was a wake-up call for our society as it highlighted that perhaps our support systems are lacking.

Grieving in our own ways

While the community searches for answers that haven’t been forthcoming so far, we’ll just have to content ourselves with quietly paying our respects till we know the whole story. 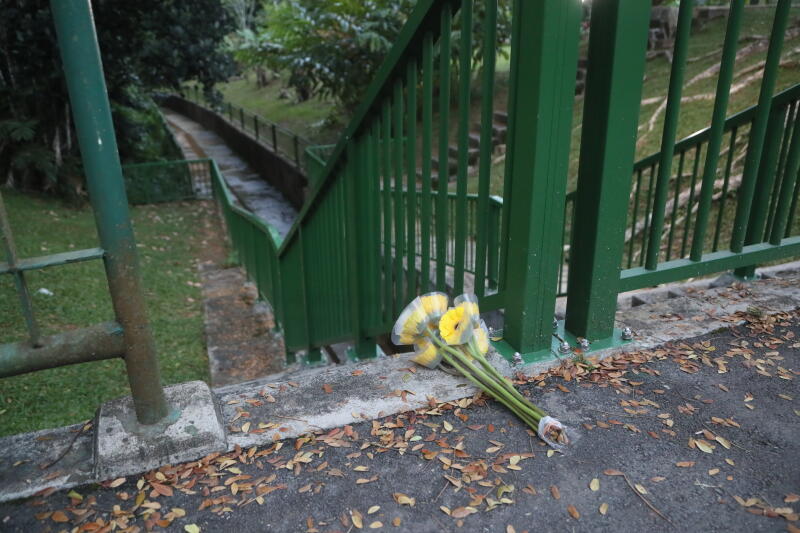 Thus, kudos to the 6 religious groups for taking part in the prayer session so every Singaporean can grieve in their own way.

Hopefully, this incident will also prompt us to think about those in our society whom we’ve overlooked amid our busy lives.