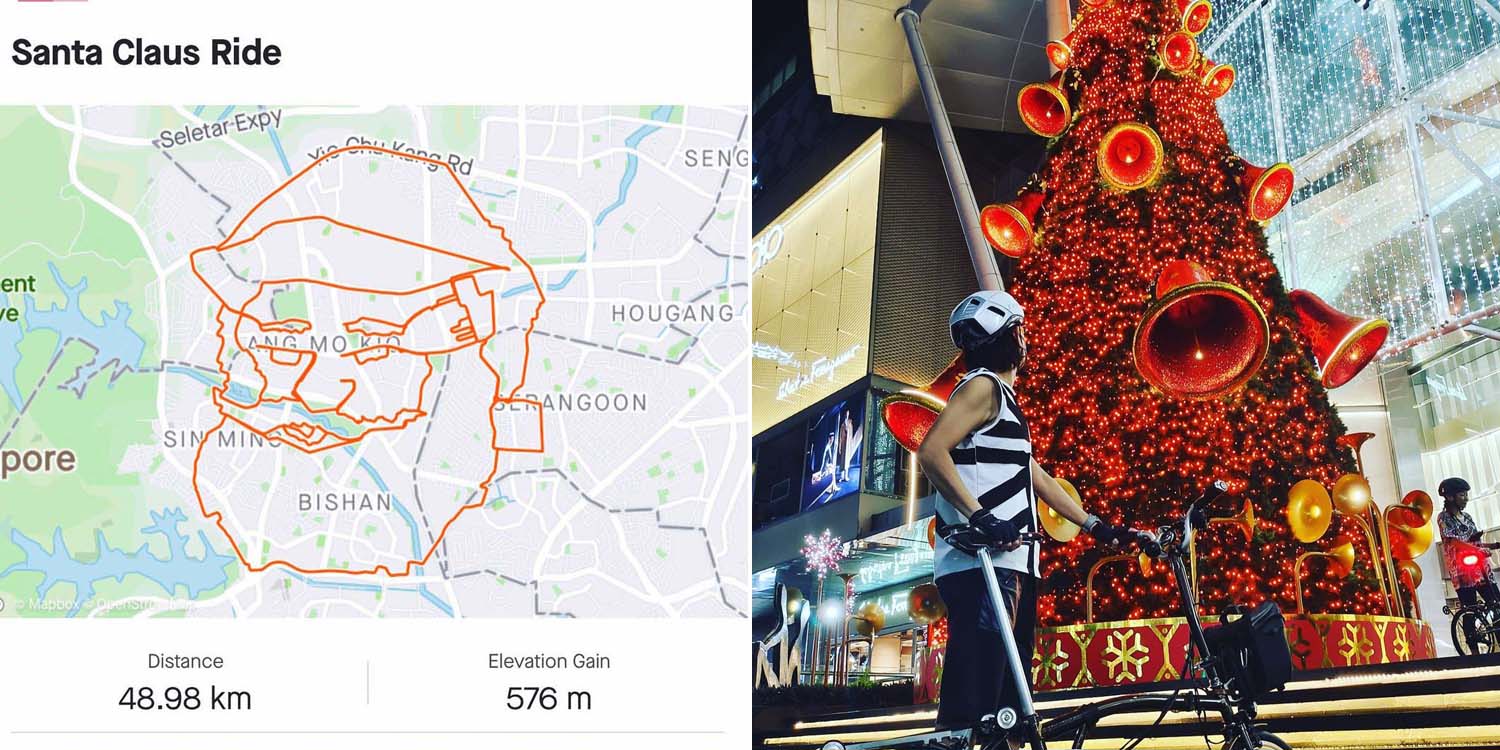 Took him 10 hours to complete.

Christmas is only a few days away, and many Singaporeans are already planning for exciting activities with family and friends over the festive season. 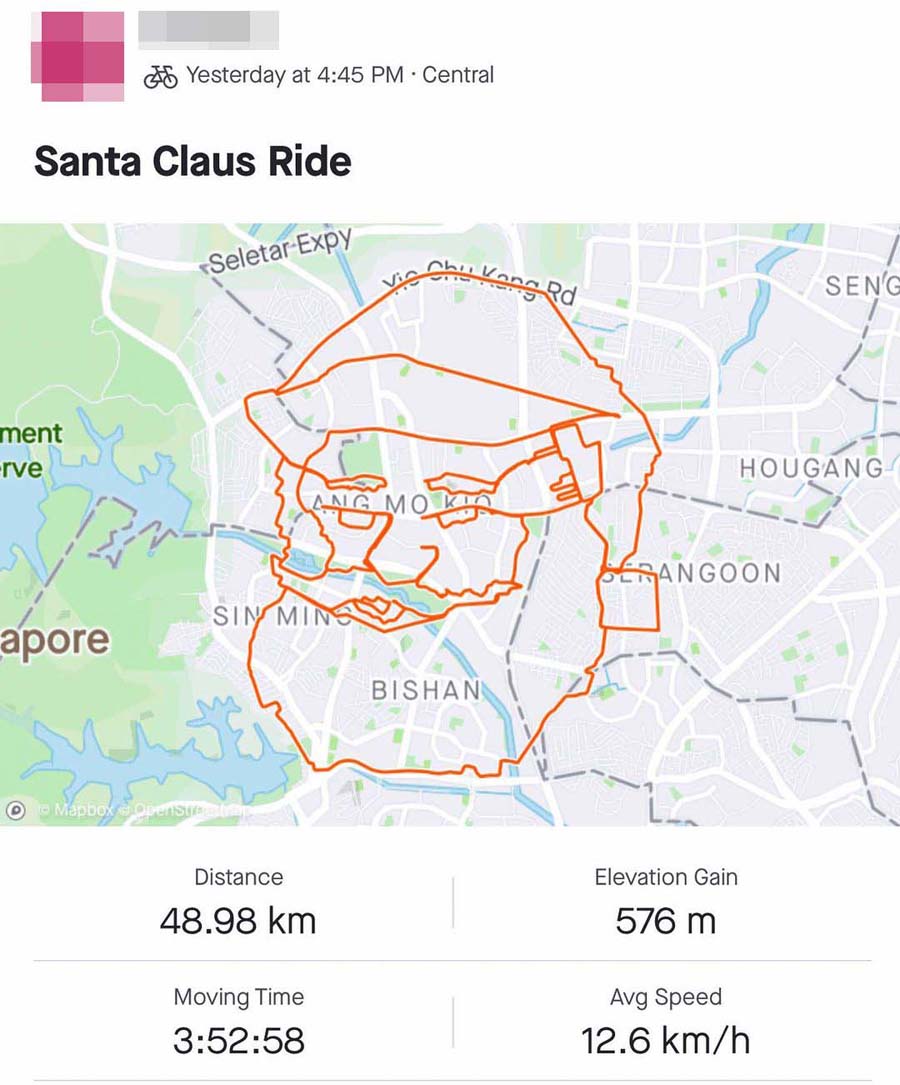 Many were amazed by the creative yet challenging route literally filled with twists and turns.

To commemorate the Christmas season, Li, together with a friend, decided to attempt a Santa Claus cycling route on Sunday (19 Dec). According to his Instagram post, he had to traverse 6 to 7 slope-like areas, carry his bike across “rivers” twice.

In total, Li and his friend took 10 hours to complete the ride, which seems just as tiring as a round-island ride.

You can find out more about the Santa Claus route via his Strava account here.

Many netizens praised Li for the impressive and detailed outline.

One netizen believes the route looks like pure torture, despite the festive nature of the ride.

Others praised Li for his superb attempt for the upcoming Christmas season.

So far, the Santa Claus cycling ride seems to be the very first Christmas-themed route in Singapore.

If you are on the lookout for an ambitious route over the holiday break, perhaps the Santa Claus route is one you should attempt.

Kudos to Li and his friend for their perseverance and creativity and for sharing the route for others to try.