Lady Throws Away BF’s Demon Slayer Figurines To Make Space, He Breaks Up With Her Instantly 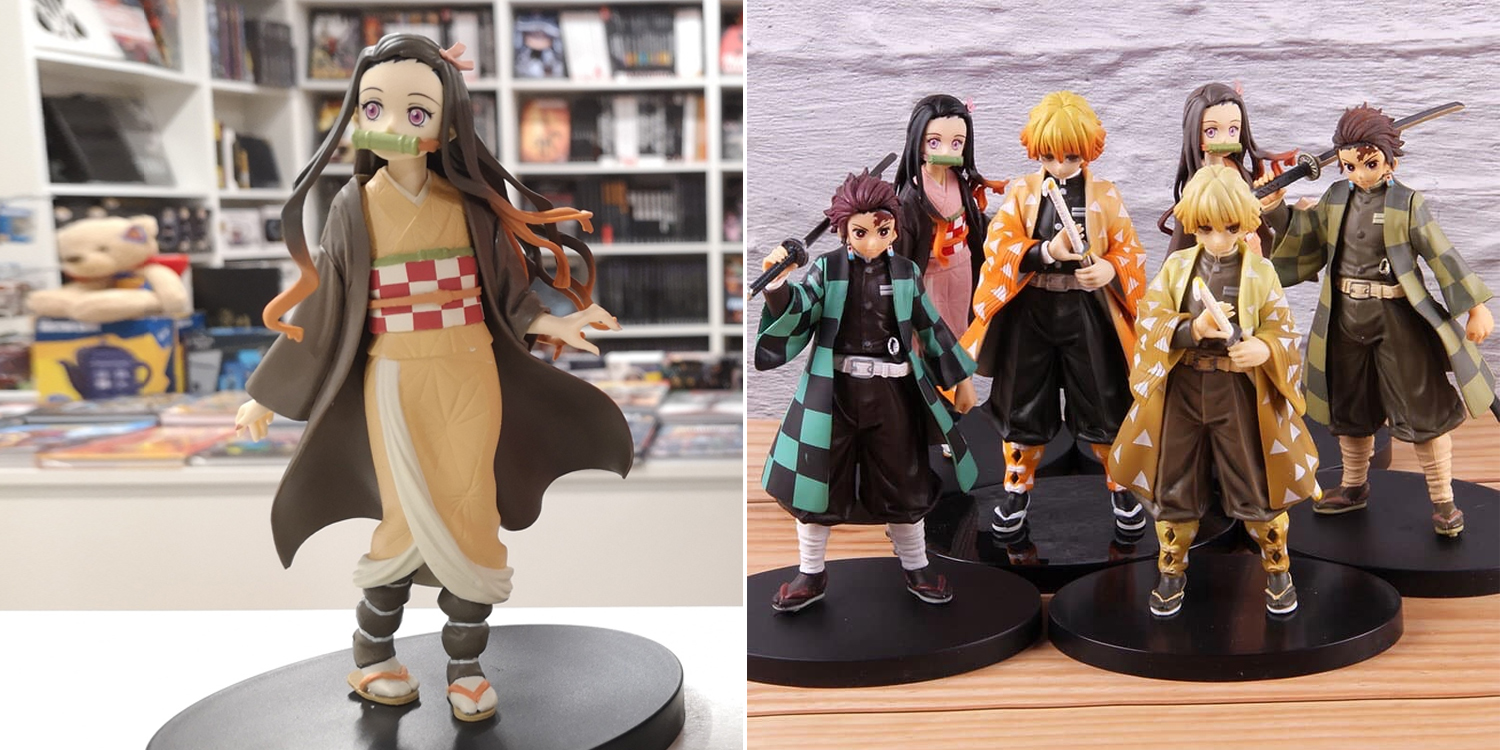 He will sue his ex for damages.

Dedicated fans love to collect figurines and products featuring their favourite animes, movies, or fandoms. So, it’s understandably heartbreaking if and when they’re thoughtlessly thrown away.

Last Wednesday (11 Nov), a Taiwanese man shared how his girlfriend allegedly disposed of his treasured Demon Slayer figurines because they took up too much space. After finding out, he immediately broke up with her and shared what had transpired through a Facebook post. 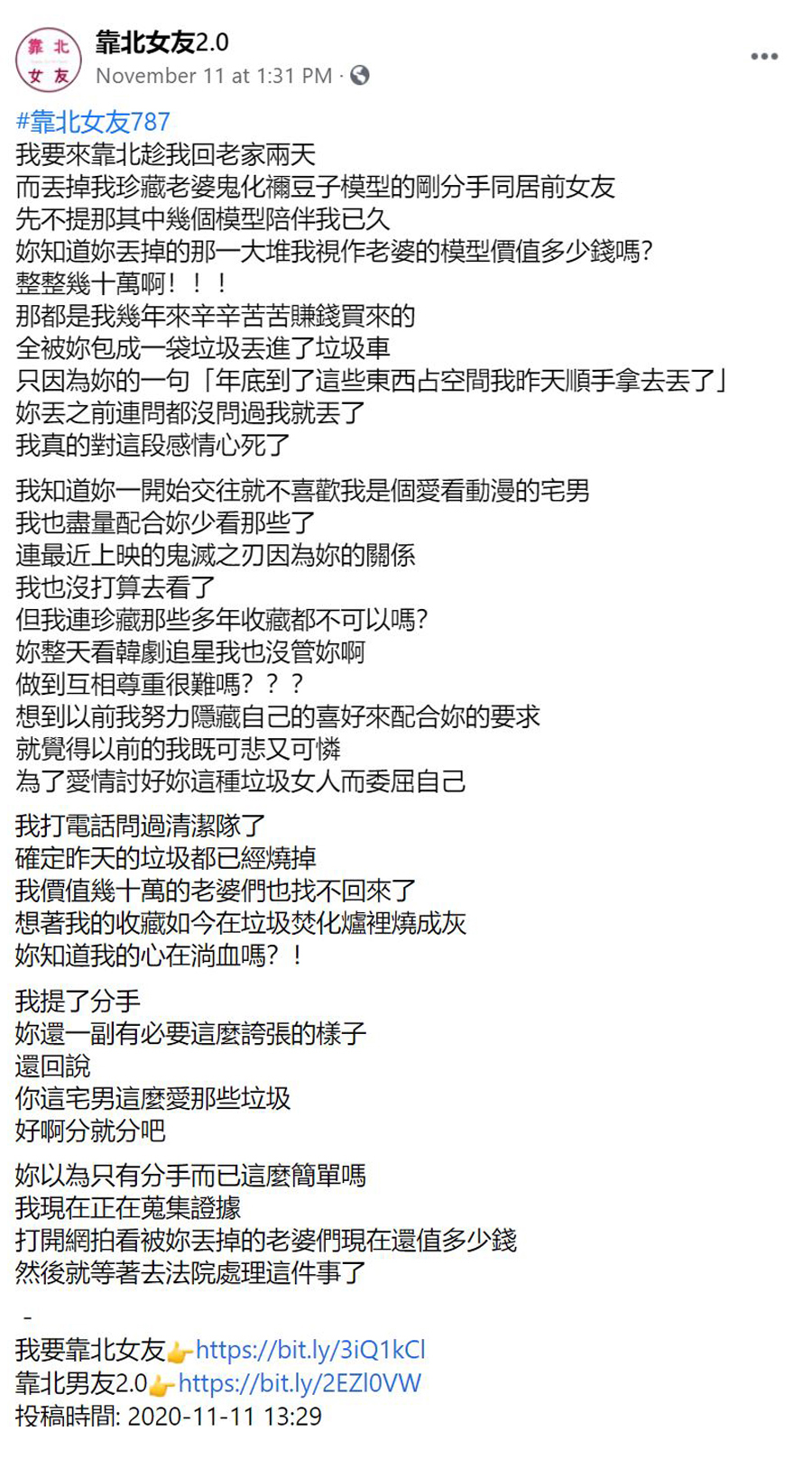 We translate and summarise the details of this messy breakup after the jump.

According to the post, the man had gone on a trip back to his hometown when he received a message from his girlfriend.

The girlfriend said she realised that the year was coming to an end, and in a bid to tidy up their home, she disposed of the toys that were allegedly taking up space.

The netizen seemed agitated and asked which toys were thrown away.

Seemingly oblivious to her partner’s distress, the girlfriend nonchalantly confirmed that she had thrown away his Nezuko figurines — one of the main characters in the Japanese anime, Demon Slayer. 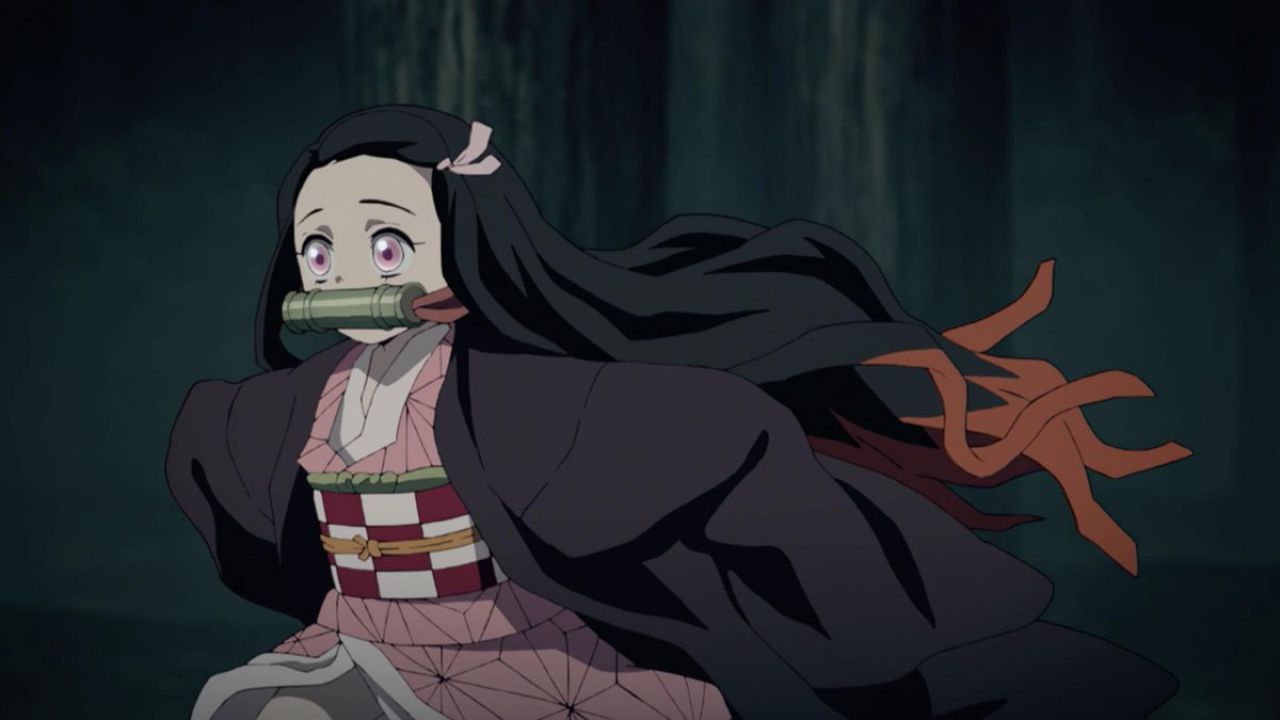 Upon realising that his collection had been thrown away, it seems he was too speechless to form a coherent response. 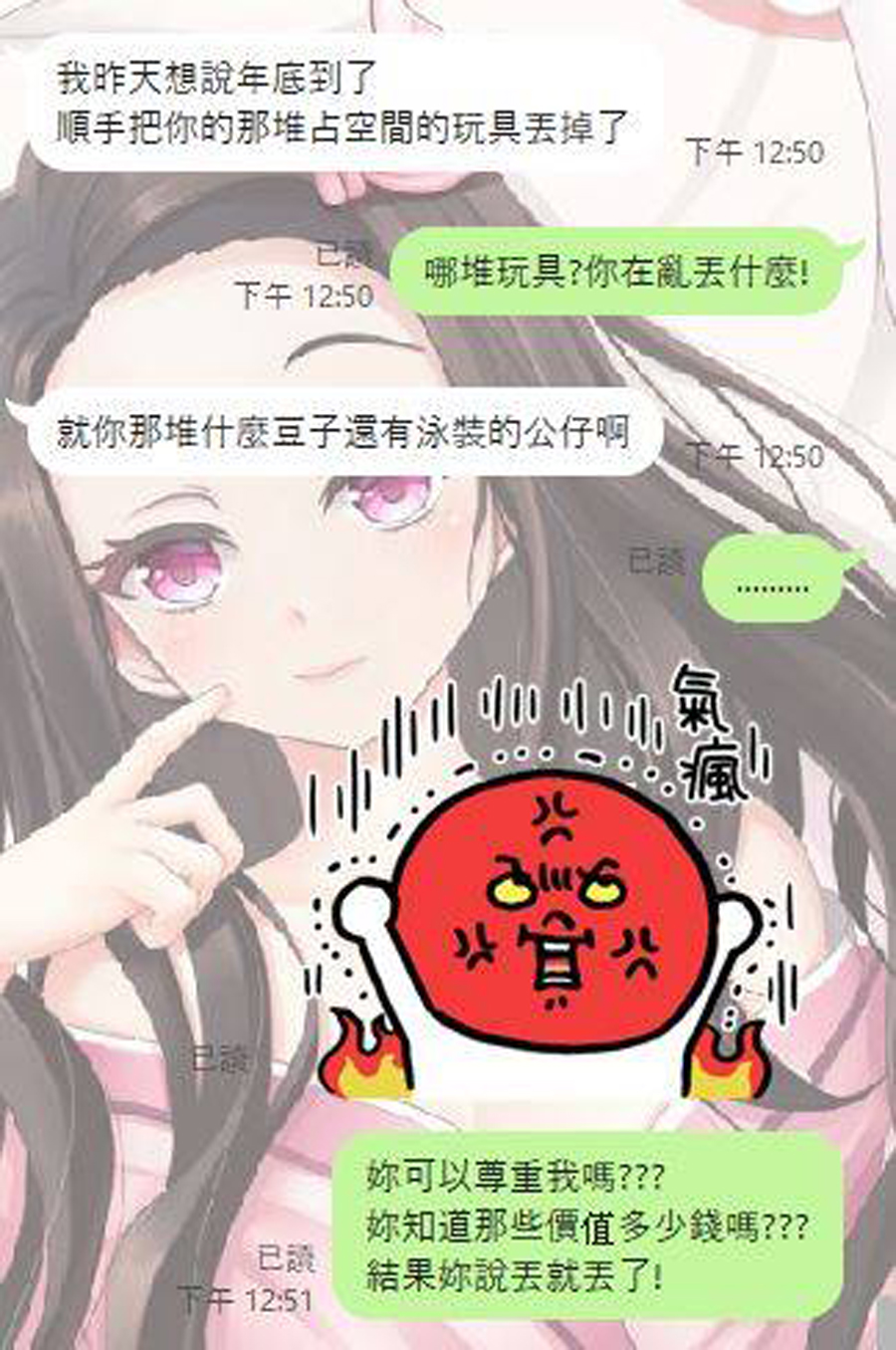 Can’t you respect me? Do you know how much those figurines cost? How could you throw them away!

Man breaks up with girlfriend immediately

Presumably mourning the loss of his beloved collection, the man immediately initiated a breakup.

The girlfriend then chimed,

Why are you being so dramatic? It’s just a bunch of trash that’s taking up space.

The man calmly repeated his wish to put an end to their relationship.

To add insult to injury, the ex-girlfriend asked why he continues to like the pieces of “trash”. She even mocked him for being an otaku and agreed to the breakup. 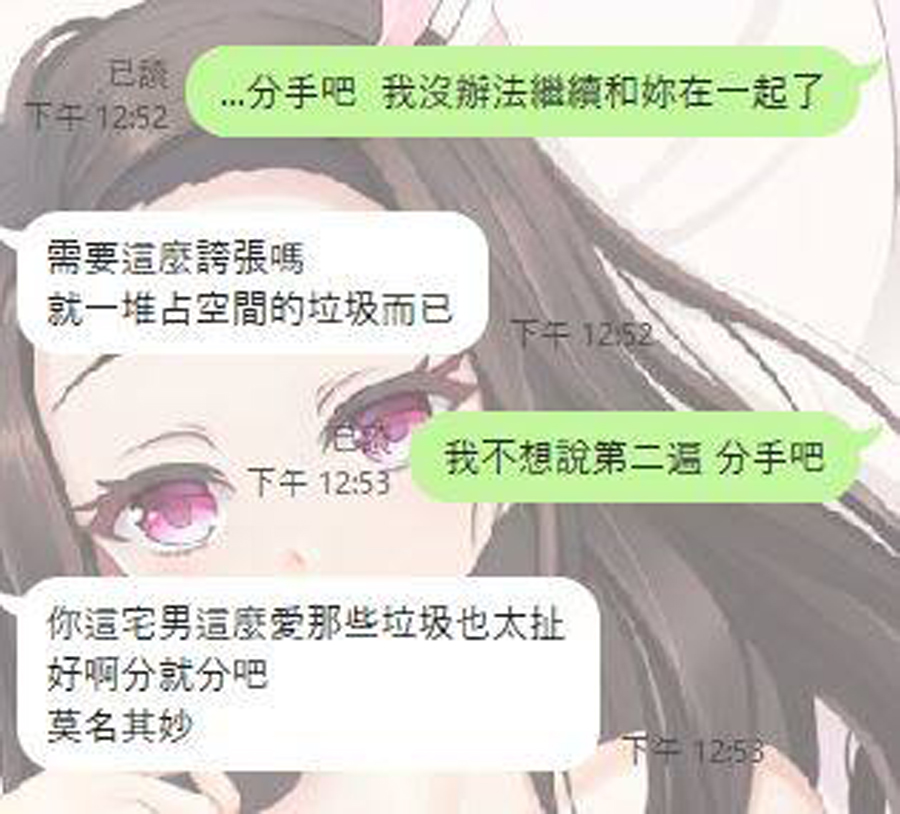 Once the relationship ended, the man shared his frustrations on Kao Bei Girlfriend (靠北女友) — a Facebook community where netizens rant about their girlfriends whom they have broken up with.

Any avid collector will know that precious anime figurines can cost a lot of money. Not surprisingly, this was also the case for the man’s collection, allegedly worth hundreds of thousands — 100,000 Taiwan Dollars (NTD) converts to around S$4,700. Just like all of us, he worked hard for years to snag each figurine.

Since they were thoughtlessly dumped in the trash, he felt ‘dead’ about the relationship.

He even called the waste disposal company in hopes of retrieving the items, only to learn that they’ve been incinerated.

Made sacrifices for the relationship

Before the relationship turned sour, the man claimed he made many sacrifices to satisfy his former partner.

Despite being an avid anime fan, he understood that his girlfriend didn’t feel the same. As such, he allegedly gave up the opportunity to watch the “Demon Slayer: Infinity Train” movie when it hit cinemas.

He also tried to hide his preferences to fit into her demands. Yet, now that his collection has been burned, he feels heartbroken.

He added that his ex-girlfriend is a huge K-drama fan and was obsessed with the stars. Despite not being something that he’s interested in, he allegedly put up with it.

Therefore, it boggles his mind as to why she couldn’t extend the same level of respect for his passion for anime.

The man apparently plans on collecting evidence and sue his ex for damages.

Hope he can overcome heartbreak

Anime fans spend a lot of time, money, and effort to grow their figurine collection. So, it’s understandably heartbreaking for the man to learn that they’ve been inconsiderately thrown away.

Though it seems there’s no hope of salvaging his collection, we sincerely hope that he can overcome the heartbreak and start a new collection with more figurines soon.