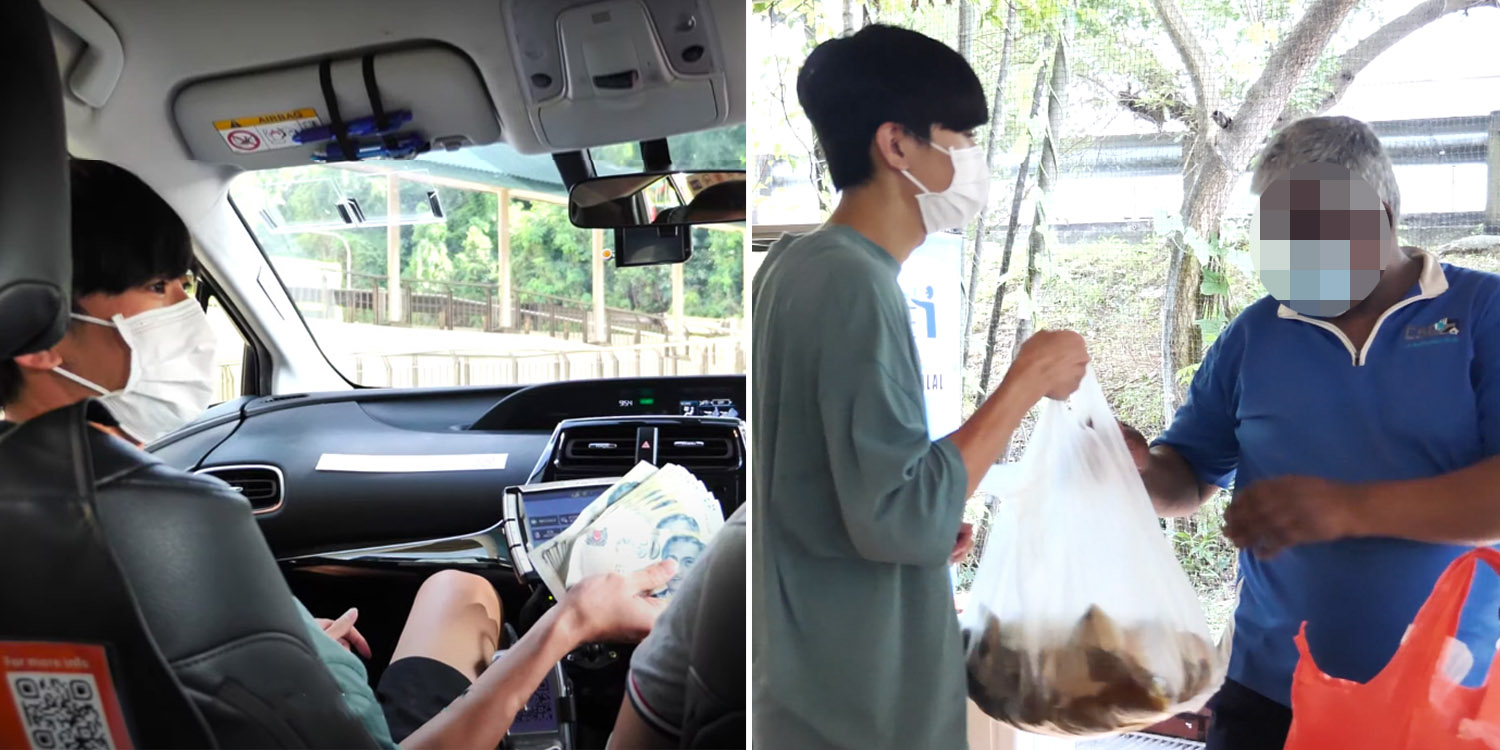 Many Singaporeans might be familiar with TikTok star Ng Ming Wei, AKA Ming, who usually stars in comedy skits with his father.

Though the taekwondo athlete’s content is usually rather lighthearted, he recently decided to delve into something more wholesome.

In a Facebook post on Thursday (22 Jul), Ming shared a video of himself tipping 10 taxi drivers $500 each as a gift for their contributions. 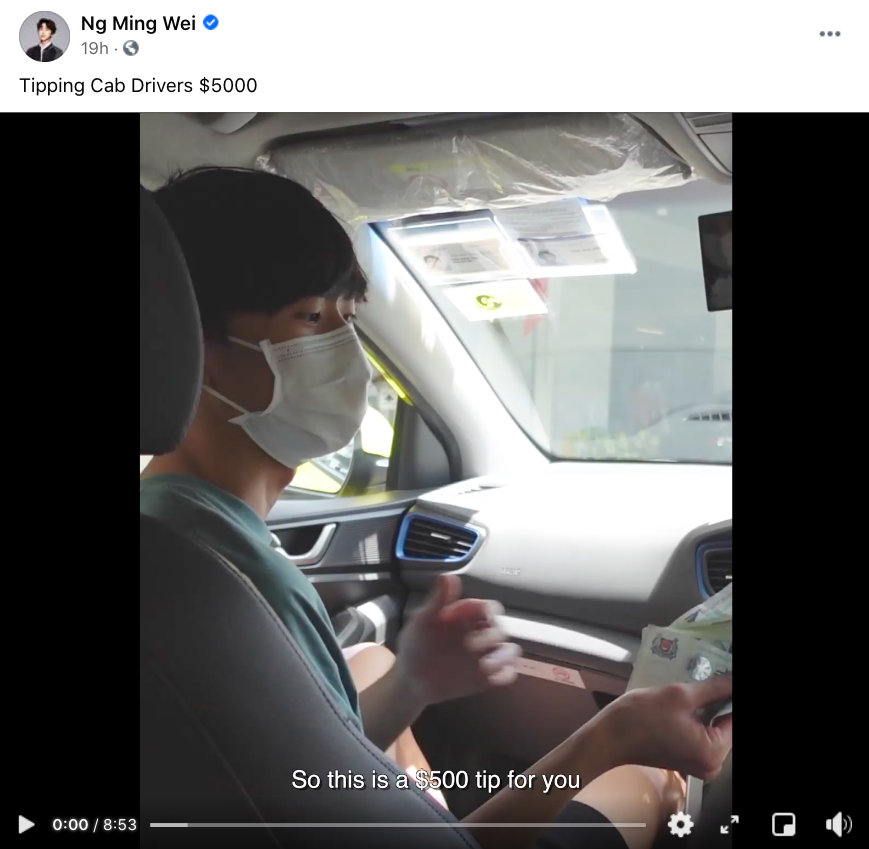 He also belanja-ed frontliners like bus drivers and cleaners to food he bought from local hawkers.

At the start of the video, Ming highlighted workers in several sectors that have been adversely impacted by the pandemic. 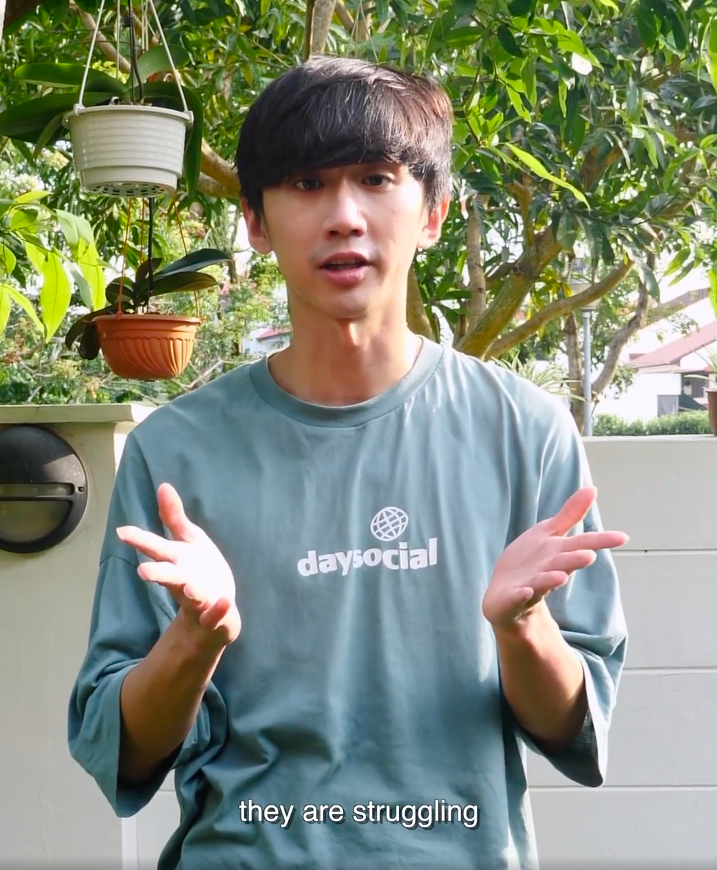 Since the pandemic started, taxi drivers have lost a sizable portion of their revenue as more people are staying home.

Hawkers are another group of people who have been severely impacted as fewer people are dining out.

Aware of their predicament, Ming decided to hand out generous $500 tips to 10 taxi drivers while patronising local hawkers along the way.

A nervous but cathartic experience

The first taxi driver was an unsuspecting uncle in grey.

After quizzing him about previous tips he had received, Ming handed 10 pieces of $50 notes which amounted to $500. 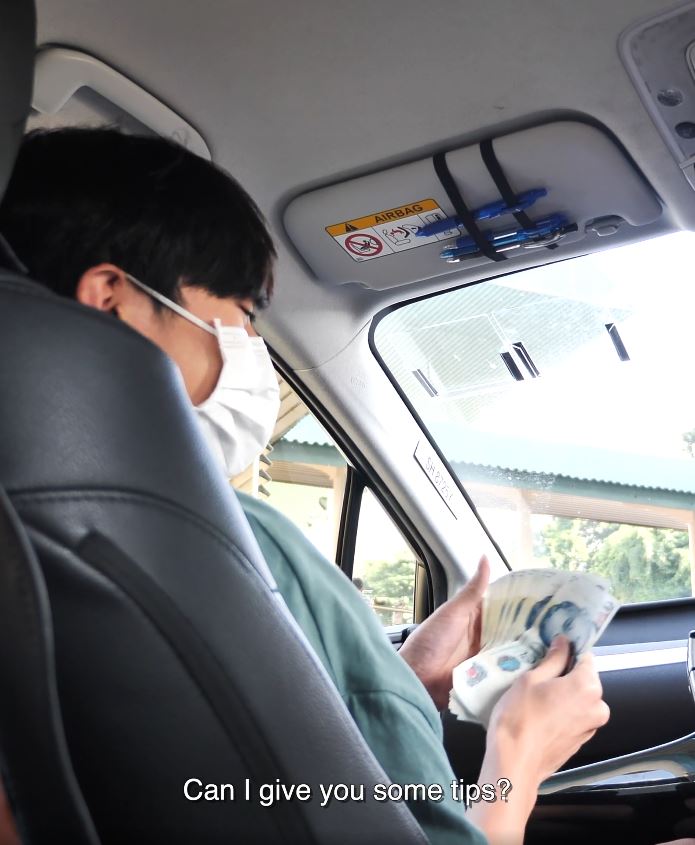 The uncle was in disbelief at first but eventually accepted the sum. 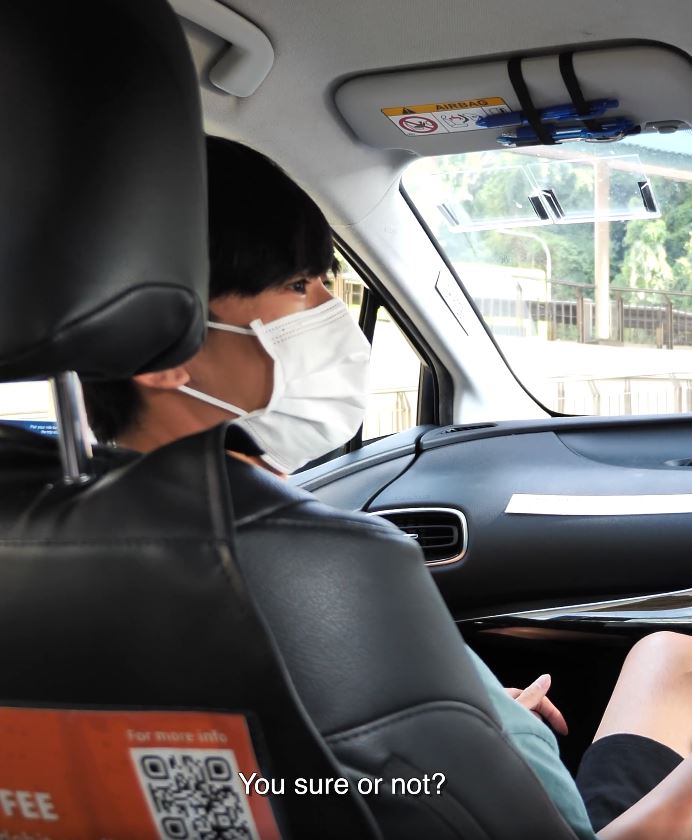 Reflecting on the occasion, Ming shared that it was a nervous but cathartic experience and hoped that he made the driver’s day.

Taxi drivers shared how much they earn

Later Ming continued on his journey to find 9 other drivers to tip.

Along the way, Ming learnt from several taxi drivers that they were earning less than $100 per day.

One taxi driver even claimed that he made just $20 that day. 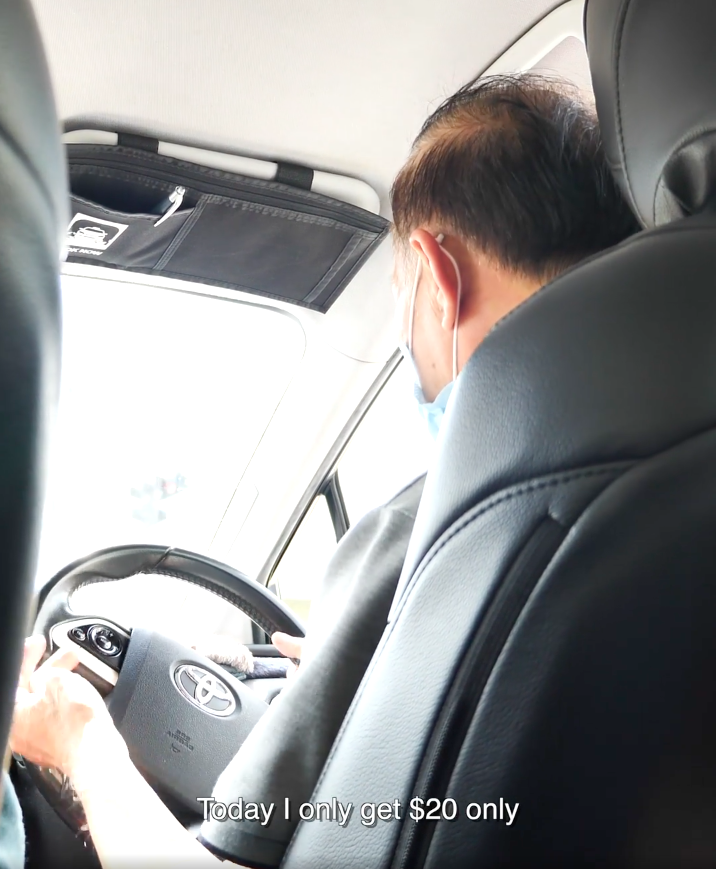 Another told Ming Wei that he had to drive around for 1-2 hours just to get a customer on some days. 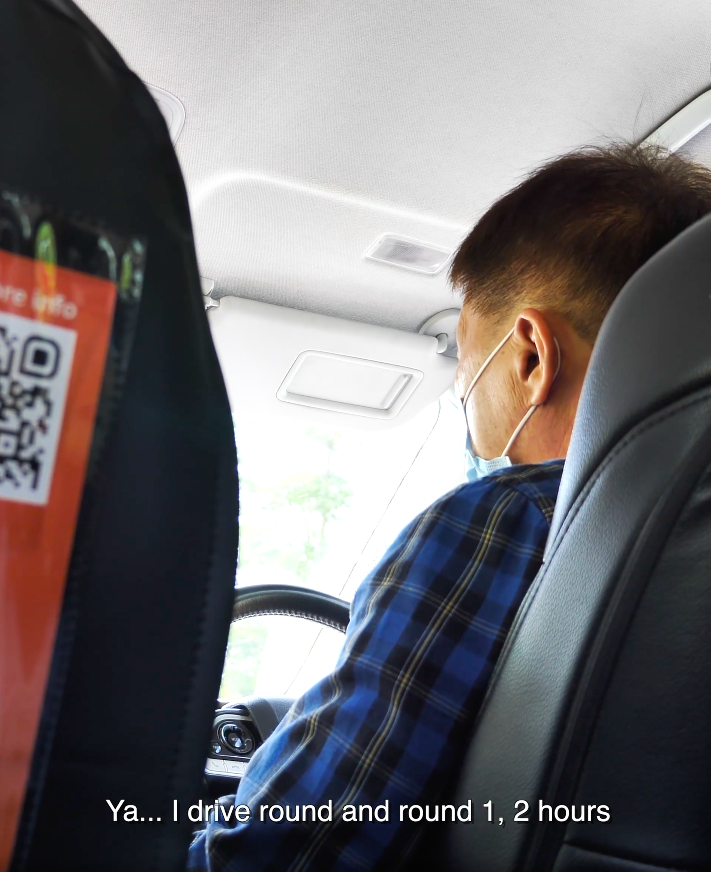 Several drivers also voiced concerns about Singapore’s new restrictions and how they would be affected by them. Cabbies were hesitant to accept

When Ming presented the generous tip, none of the drivers accepted it immediately, claiming it was way too much money. 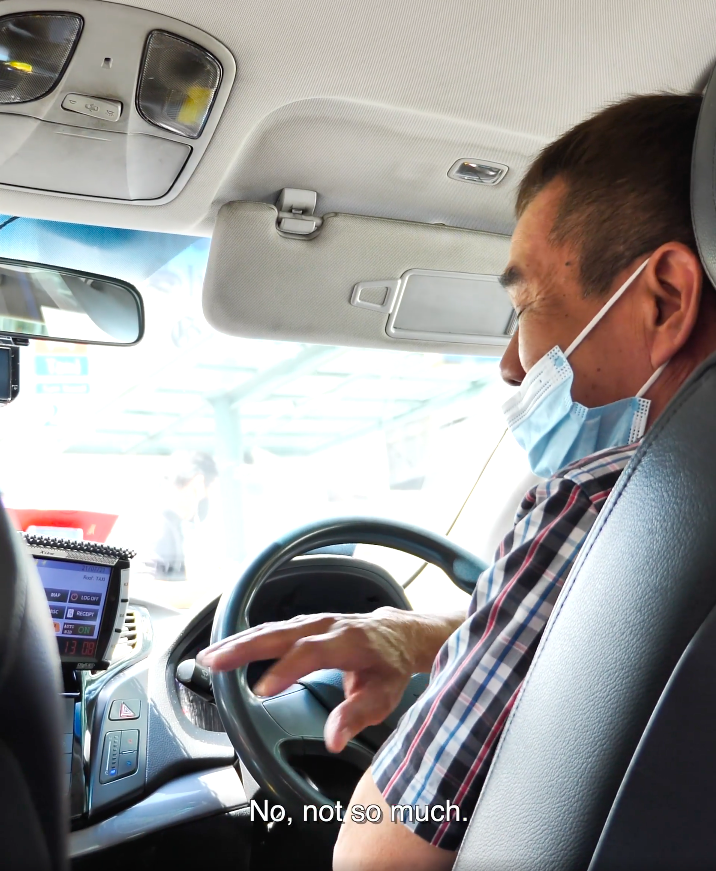 One driver even locked the car door in a hilarious attempt to return the tip. Eventually, they accepted the money after Ming shared that he merely wanted to support them and raise awareness about their predicament.

The taxi drivers were extremely grateful and some even teared up. 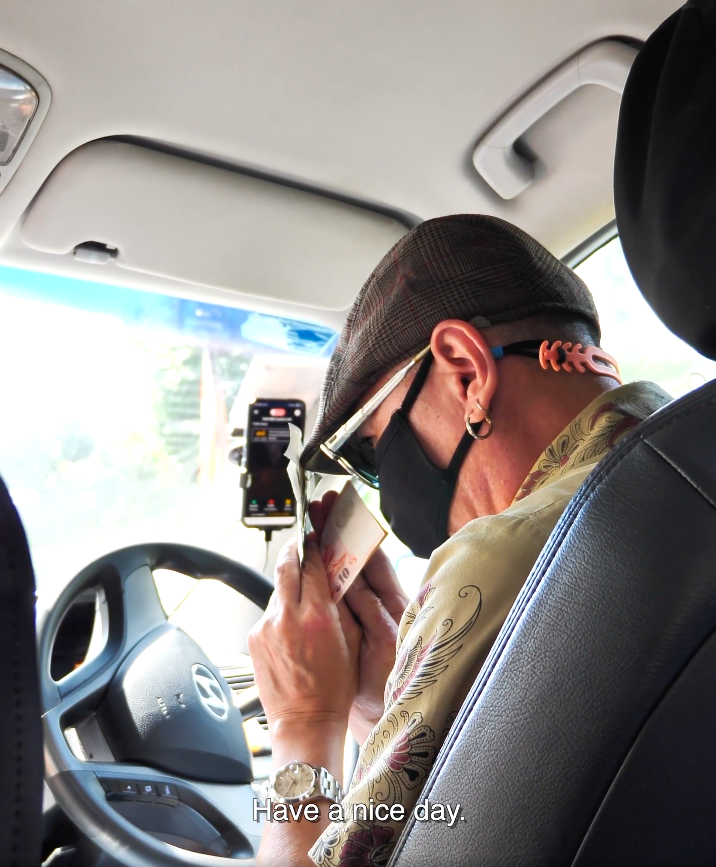 One driver also happily snapped a photo of Ming. 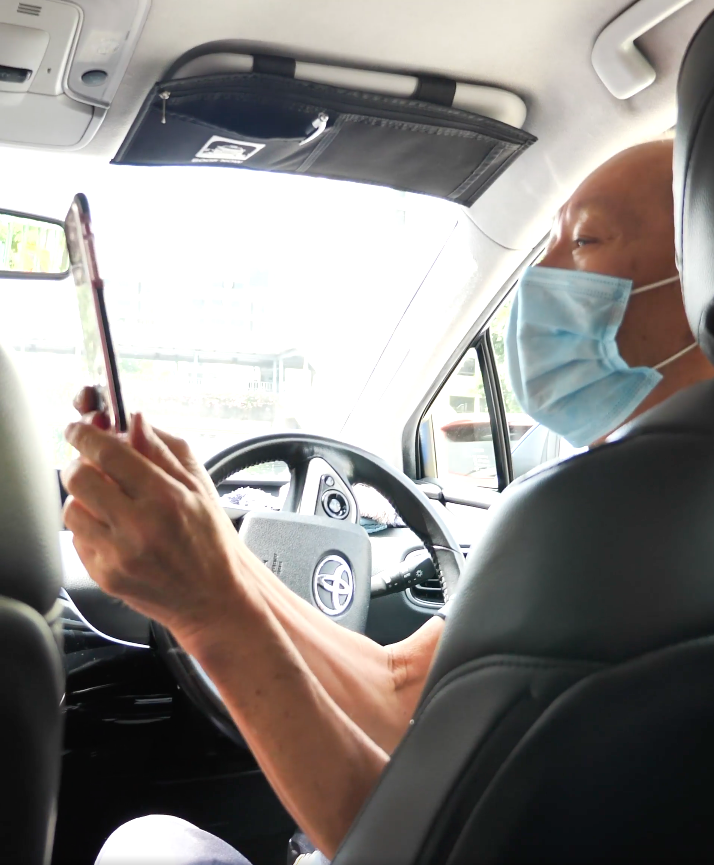 Along the way, Ming also stopped by a hawker centre to buy food from local hawkers –another group struggling during the pandemic.

That is especially apt since Singapore had recently announced dine-in restrictions. 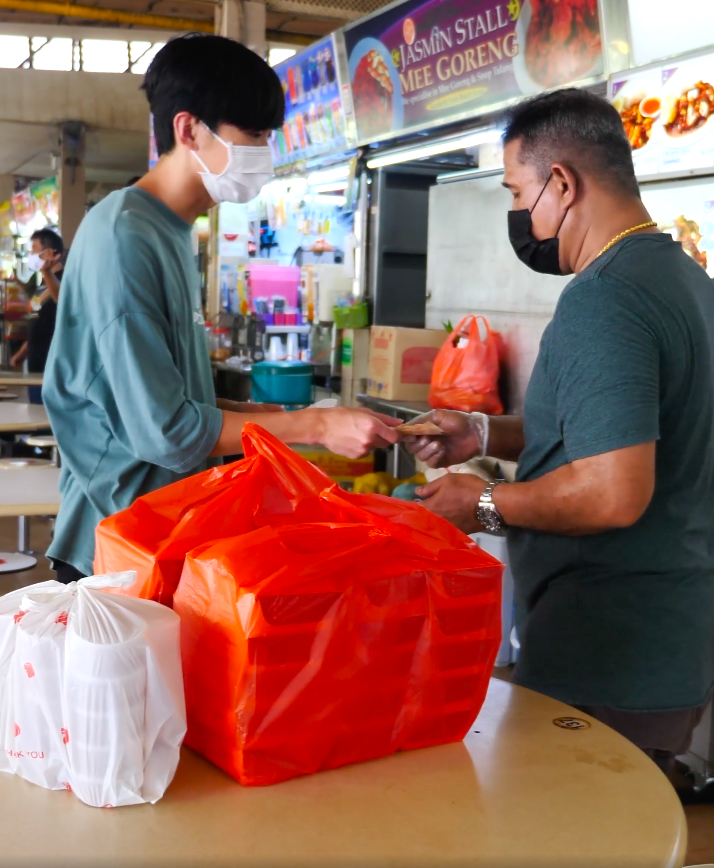 He then proceeded to pass the food packets to cleaners who have been working tirelessly to keep our city clean. 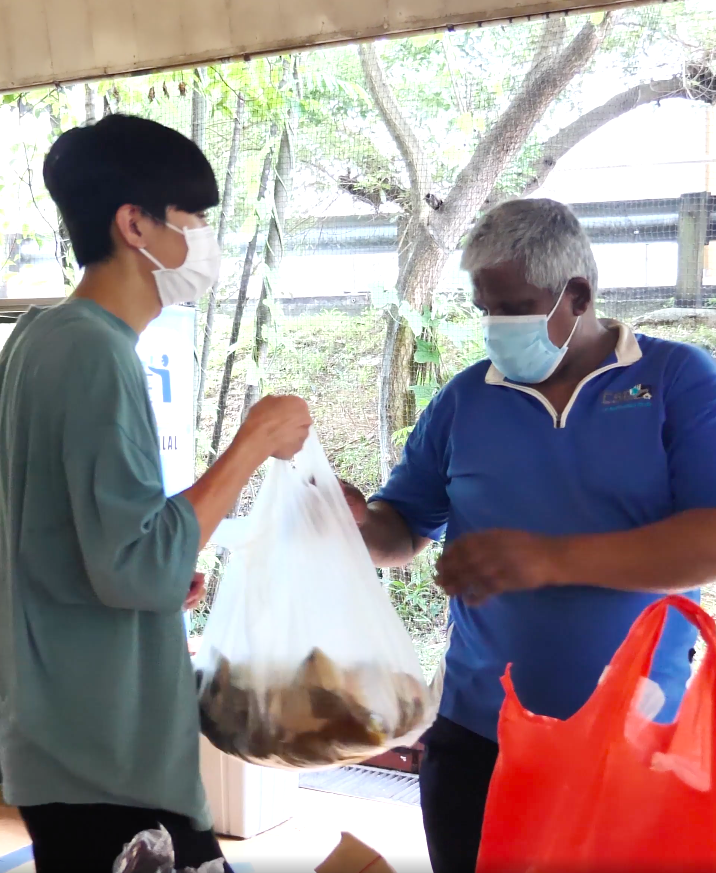 He also passed them to bus captains who ensure passengers have a comfortable journey while taking public transport. Show our support and help those in need

As the Covid-19 pandemic continues to looms over Singapore, we should do what we can to help those in need.

While not everyone might be comfortable giving out such generous sums, it’s the sincerity behind our actions that counts.

Thank you Ming for supporting our taxi drivers, bus captains and cleaners. We hope this inspires more people to do so and make Singapore a better place.