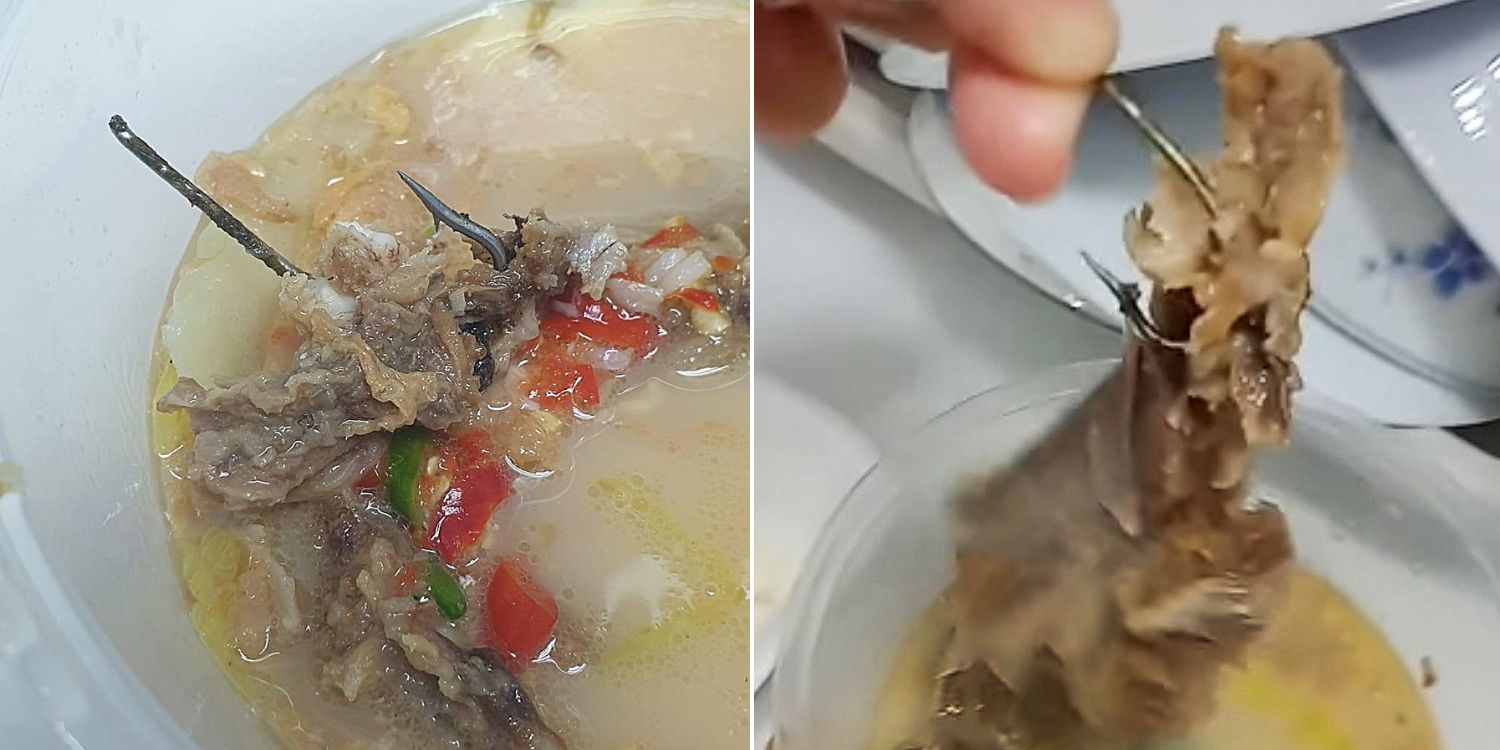 The stall allegedly gets fish ready-cut from its supplier.

Fish soup is a dish much-loved by Singaporeans, who will queue up for any decent stall in town.

However, one customer who bought fish soup from a Bishan hawker stall found a dangerous ingredient inside — a hook. 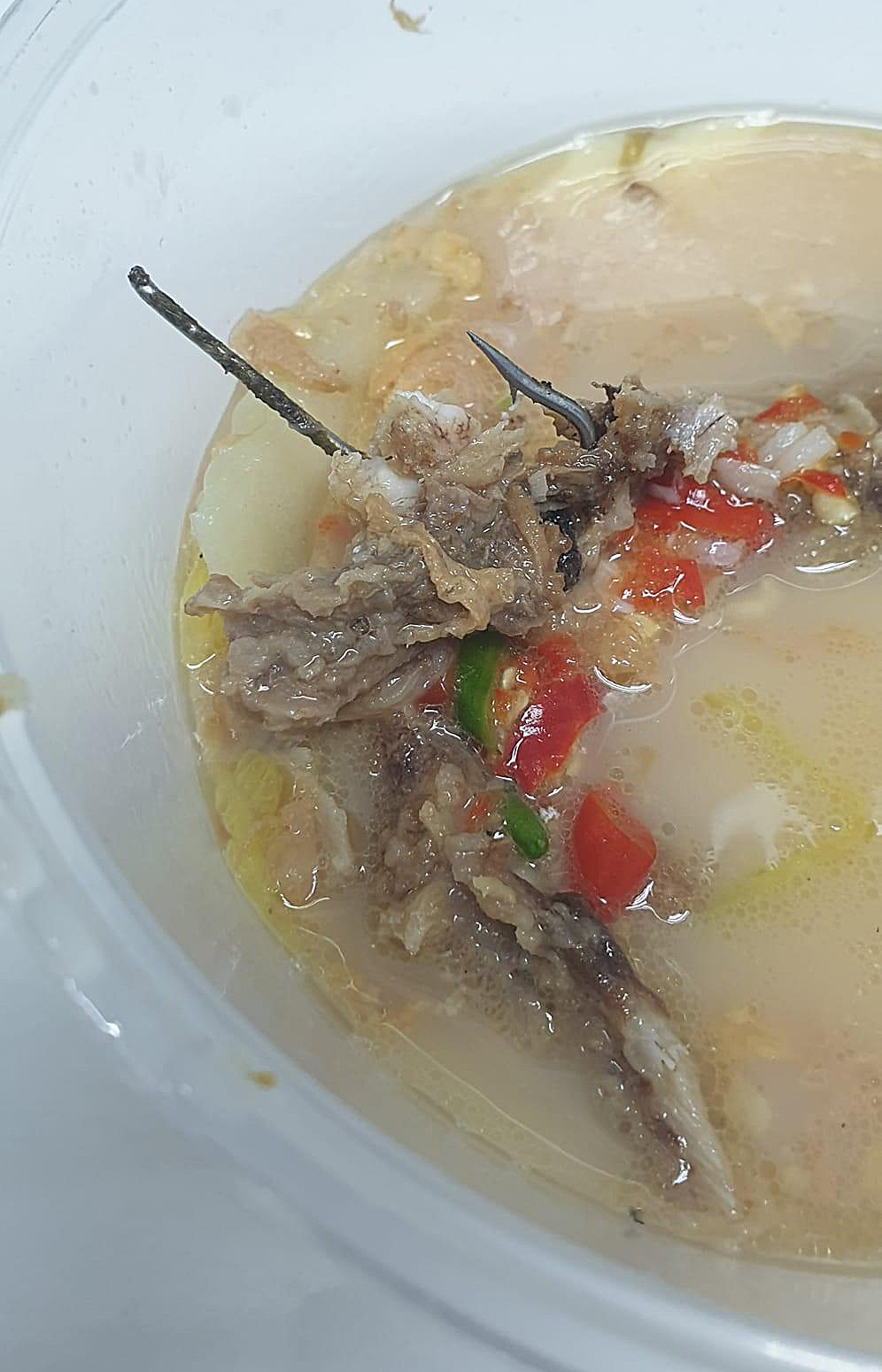 After taking it up with the stall, they refunded the price of the food.

The incident was related to Shin Min Daily News by a woman who said that her colleague had gone to dabao some lunch last Thursday (1 Dec).

They went to the hawker centre on the second floor of Bishan Bus Interchange. 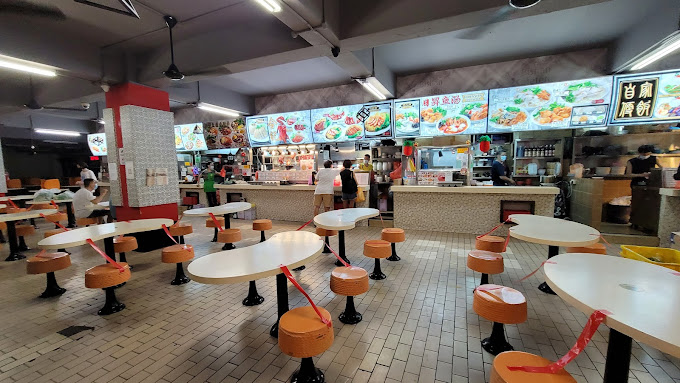 Unfortunately, it was a somewhat unpleasant experience.

The colleague was surprised to find a fish hook in her fish soup, complete with a pointy end.

It was big enough for her to hold onto.

From the photos shared, the hook was also buried in a piece of fish meat. 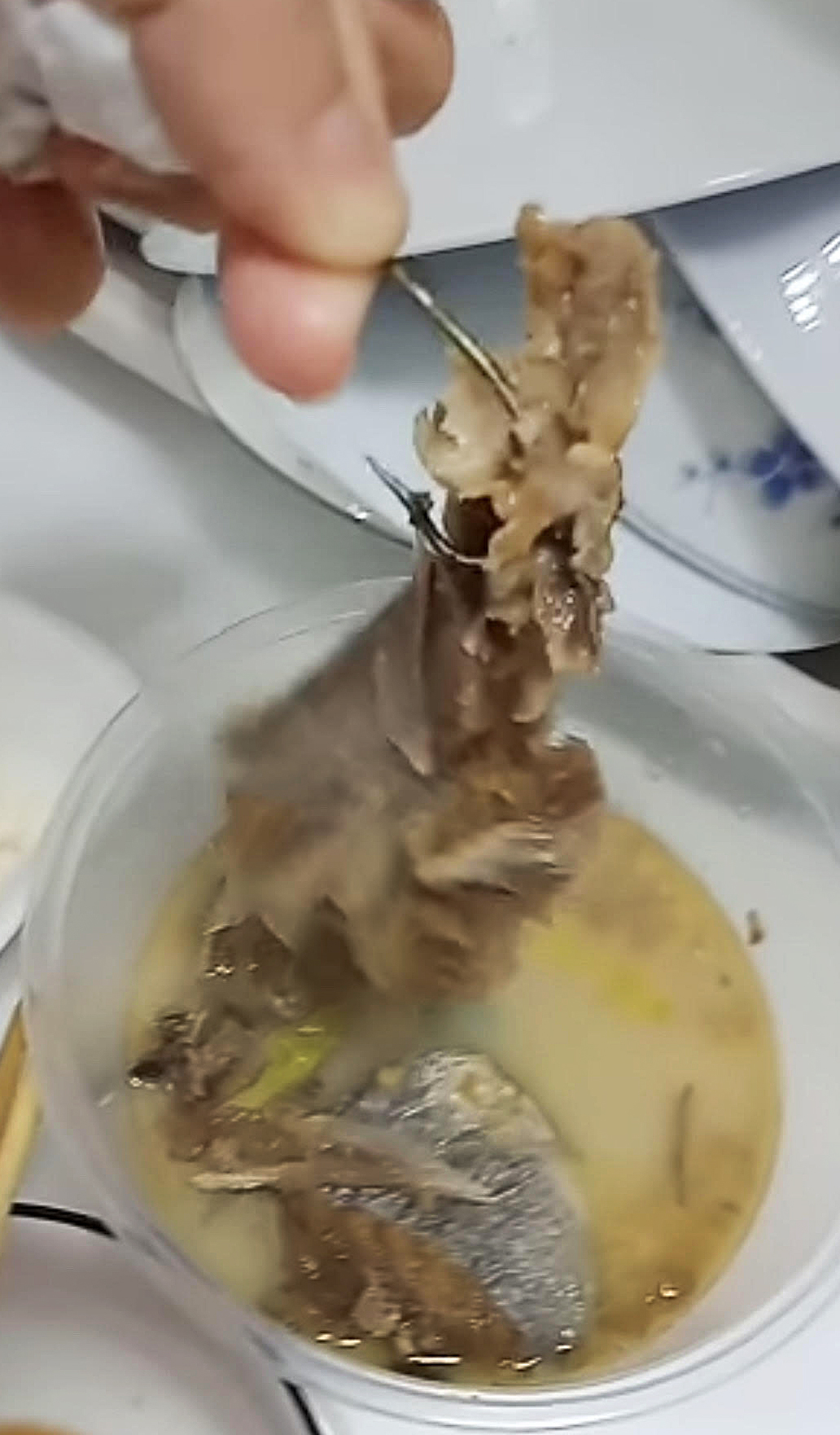 The colleague took the food back to the stall to confront the stallholder, the woman said.

However, the stallholder seemed to try to brush it off, and wasn’t apologetic at all, she claimed.

He even allegedly pointed out that she had already eaten half of the food before returning it.

It was only when she raised her voice did the stallholder agree to cook another bowl for her.

Eventually, the customer requested a refund of the S$6 paid for the food.

When interviewed by Shin Min, the fish soup stallholder said he gets his fish meat ready-cut from a supplier, adding,

The supplier will cut the fish meat before sending it over to us, so we didn’t notice the hook. We’ll be more careful next time.

According to him, the customer had requested they cook her another bowl, but this couldn’t be done as they’d run out of fish heads.

He noted that they’d already compensated her with a refund.

Be careful when eating fish soup

Despite the compensation, the customer said she made this incident public in hopes that people would be more careful when eating fish soup.

This goes especially for older folks, she added.

Thankfully, it appears that nobody was hurt by the large hook.