Maskless MRT Man Arrives At Court Without Mask On, Removes It After Leaving 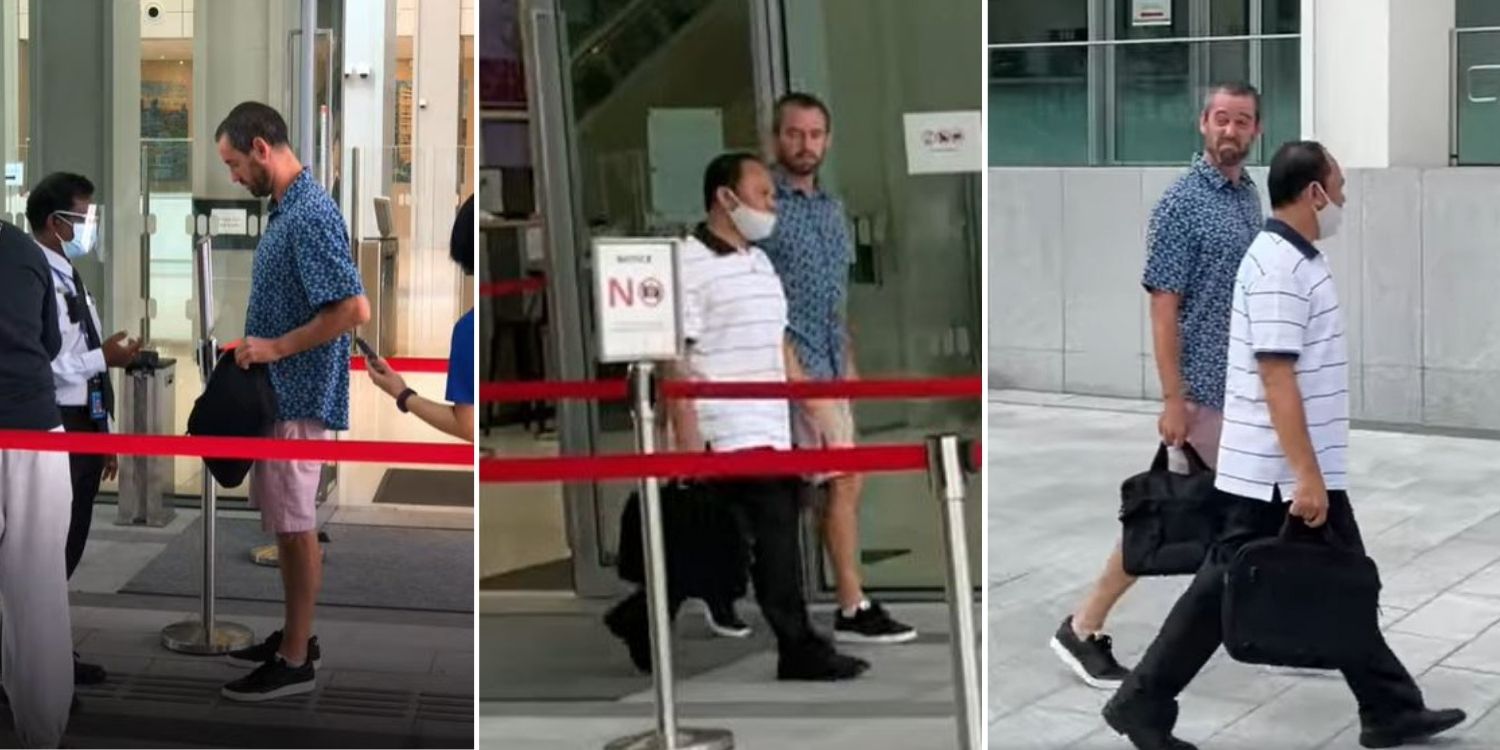 He was also told twice by the judge to wear his mask.

Mask-wearing has been compulsory in Singapore’s public places for more than a year, but some people still have trouble doing it.

One of them is Briton Benjamin Glynn, 39, who was arrested after a viral video in May caught him allegedly not wearing a mask on the MRT.

When he appeared at the State Courts to face the music, he again failed to wear a mask when he arrived. 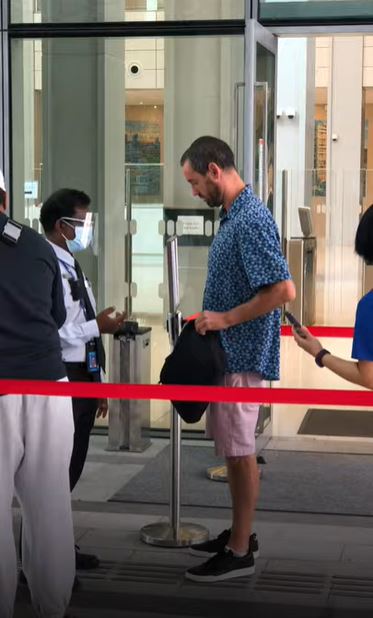 After the hearing, he yet again took off his mask and walked away from the building. 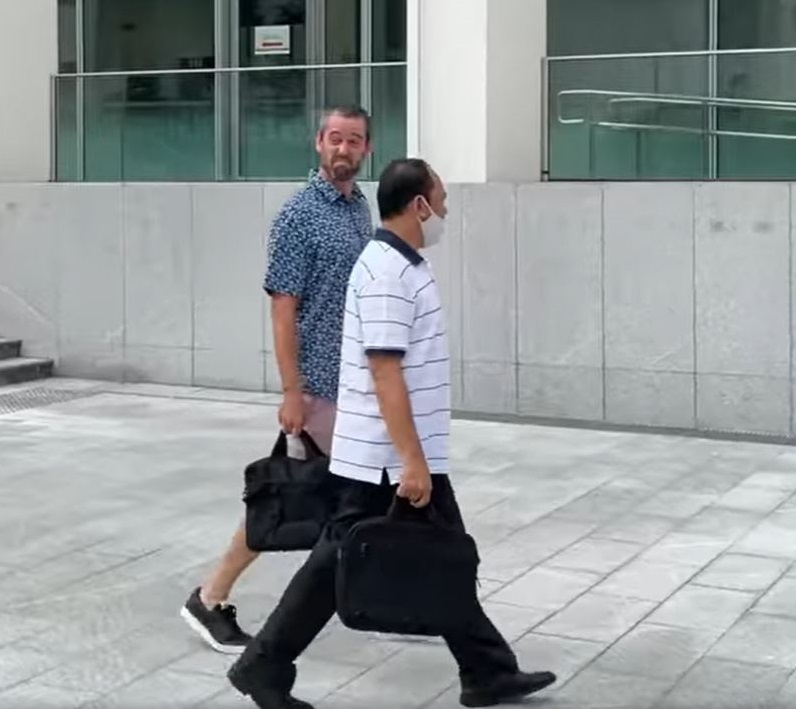 On Friday (2 Jul), Glynn turned up in court to answer 3 charges against him, reported Yahoo News:

1. Not wearing a mask in public, contravening the Covid-19 (Temporary Measures) (Control Order) Regulations 2020
2. Being a public nuisance, by declaring on the MRT that he’ll never wear a mask
3. Using threatening words towards a public servant, when he used an expletive on 2 police officers

You might think that anyone facing such serious charges would try to keep a low profile at court, but Glynn didn’t.

No mask, no TraceTogether

According to a Yahoo News video posted on Facebook, Glynn showed up in court quite obviously without a mask on his face. 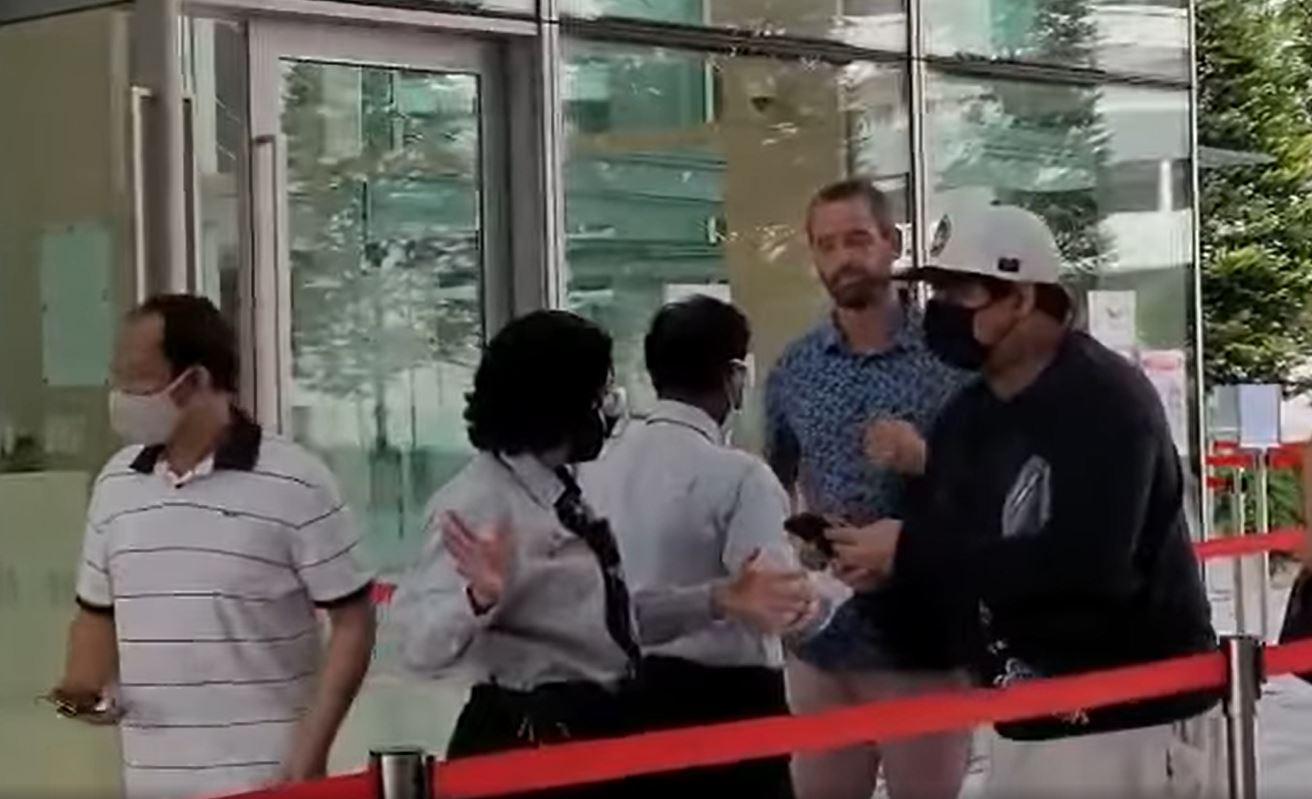 Unsurprisingly, security staff didn’t let him in, telling him to wear a mask.

It was then that he finally took out a neon green mask from his pocket and wore it. Staff could then be heard asking him whether he had a TraceTogether app or token to check in.

He told them that he didn’t. 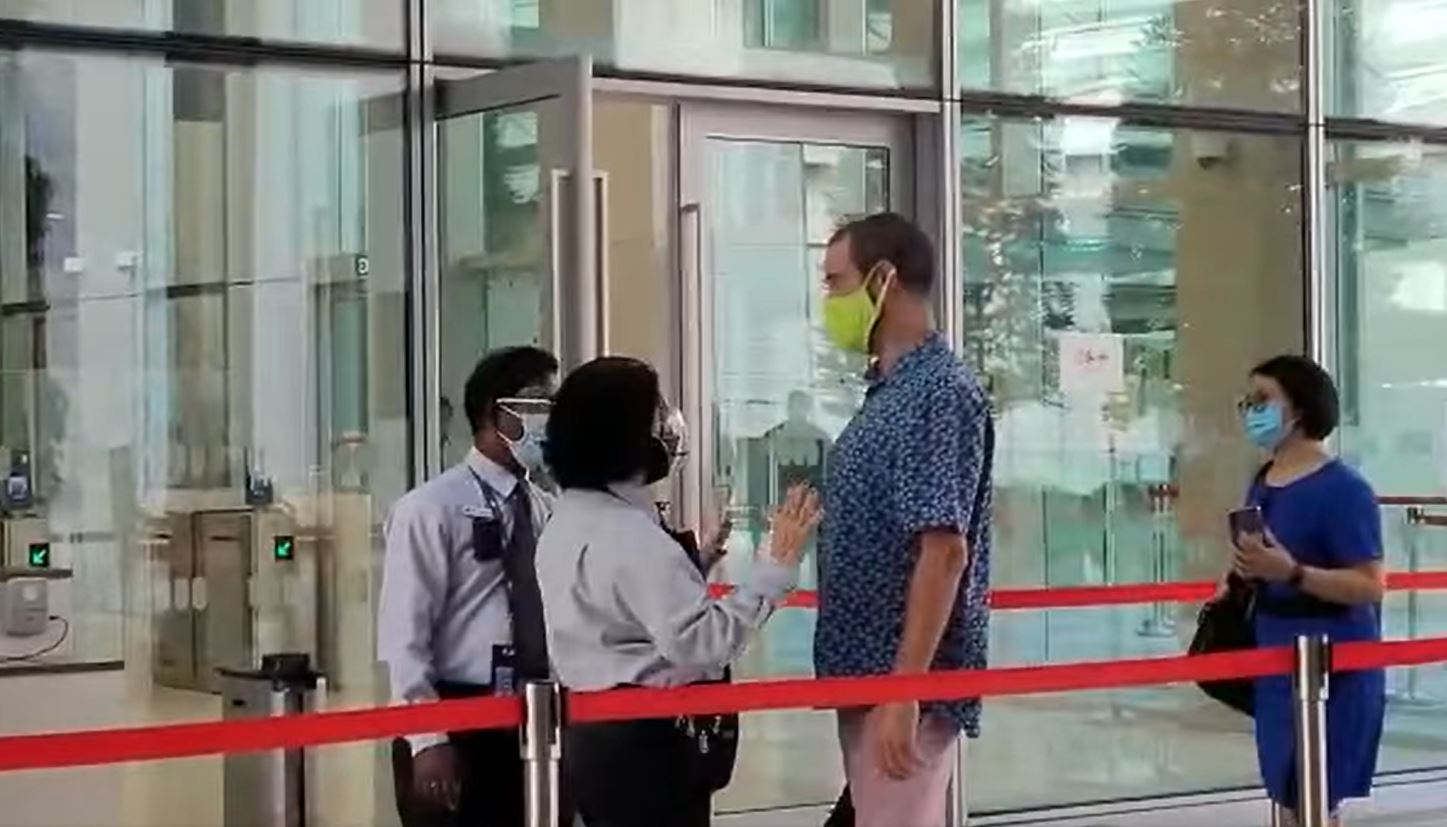 As he was holding up the queue, staff had to let several other people behind him go in first.

The matter was only resolved when another man in a white striped top – apparently Glynn’s legal counsel – appeared. As he had the app, they could check in together. 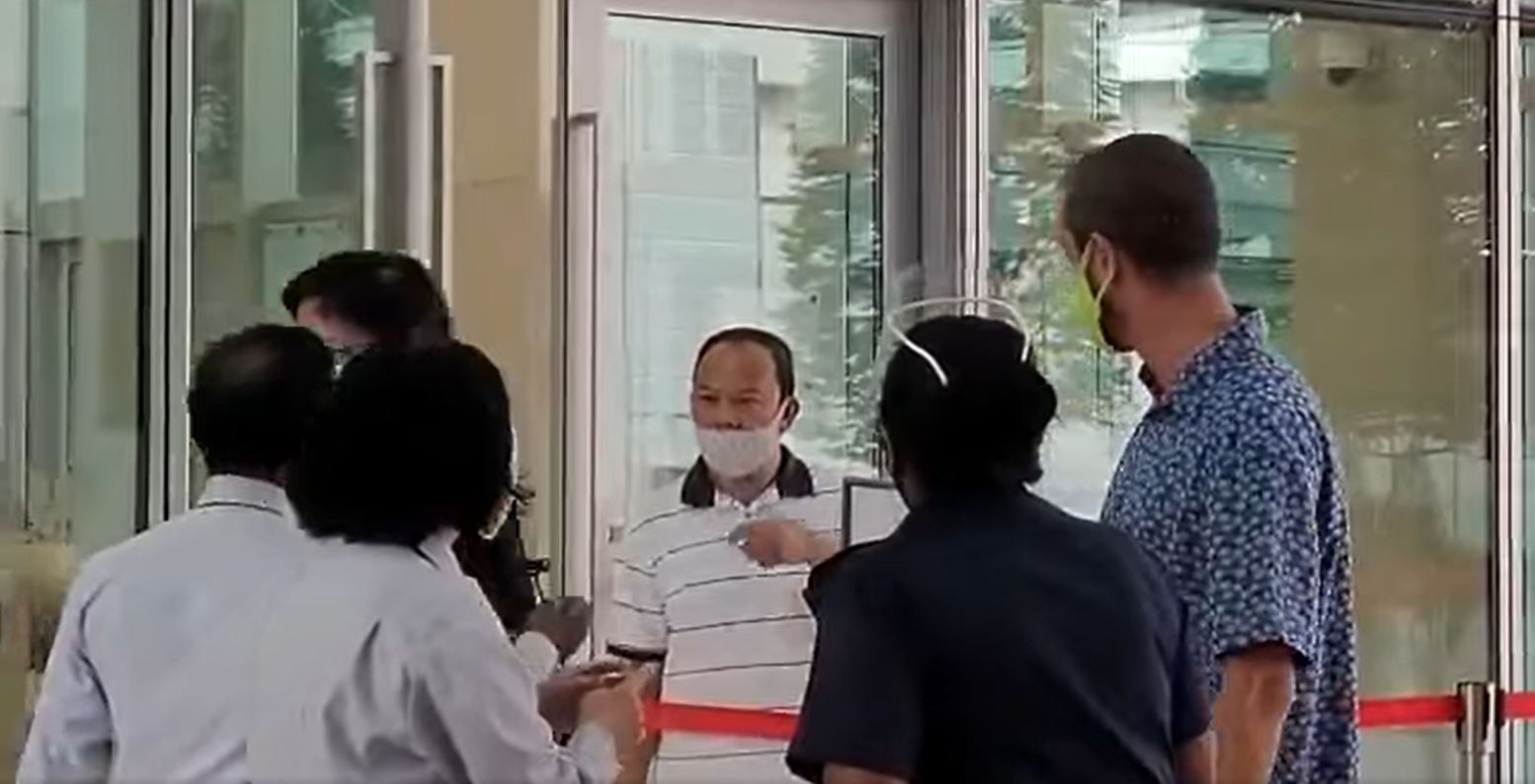 As the legal counsel was talking to staff, Glynn pulled his mask down below his mouth. Noticing this, a police officer had to ask him to pull it back up. 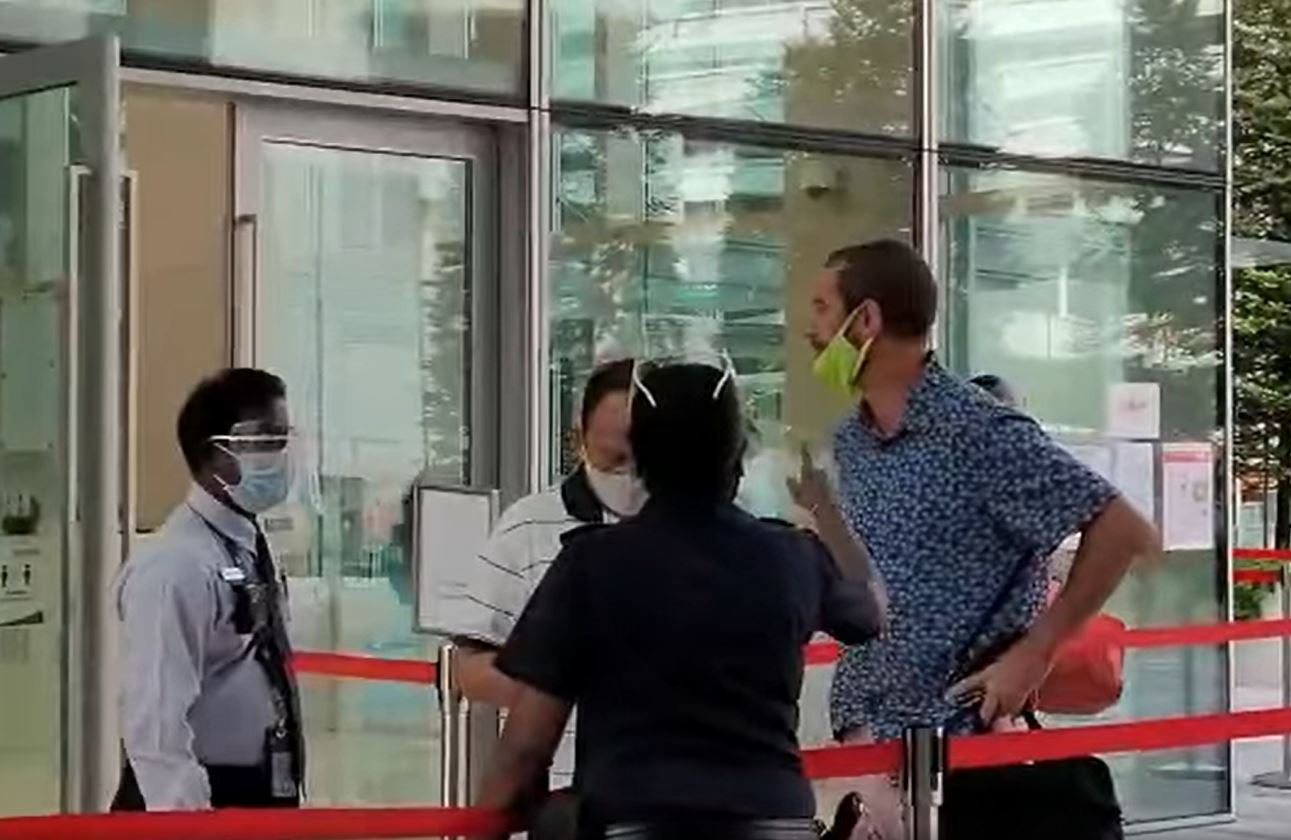 In court, Glynn managed to pull his mask below his nose again, reported Yahoo News.

This prompted the judge to tell him to wear his mask.

When the mask fell below his nose a 2nd time, the judge had to ask him to wear his mask again.

During the hearing, Glynn also said that his legal counsel was not allowed in court as he wasn’t wearing the correct attire.

The legal counsel – the man wearing a striped polo T-shirt and black pants – had to sit in the public gallery.

A pre-trial conference for the case will be on 23 Jul.

After being charged, Glynn was free to leave court on bail.

To him, that might have meant that he’d finally be free of the shackles of his mask.

He was barely out the door when he removed his mask totally. 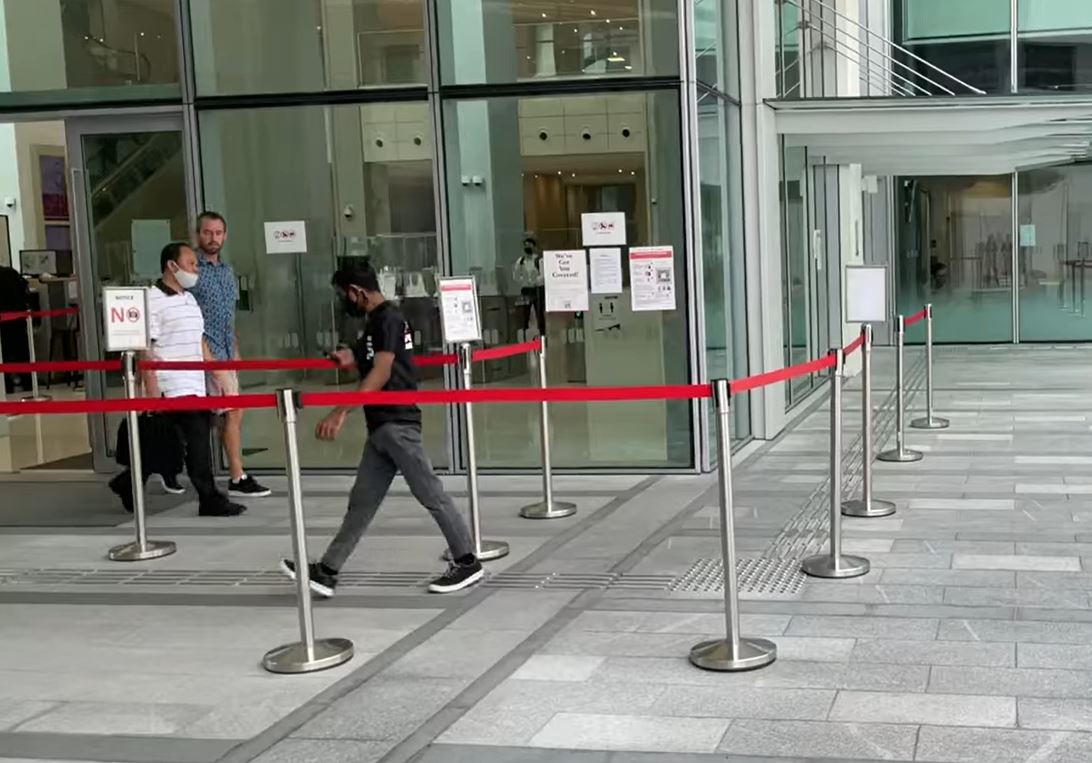 As eager journalists filmed the display, he walked calmly, chatting with his legal counsel. 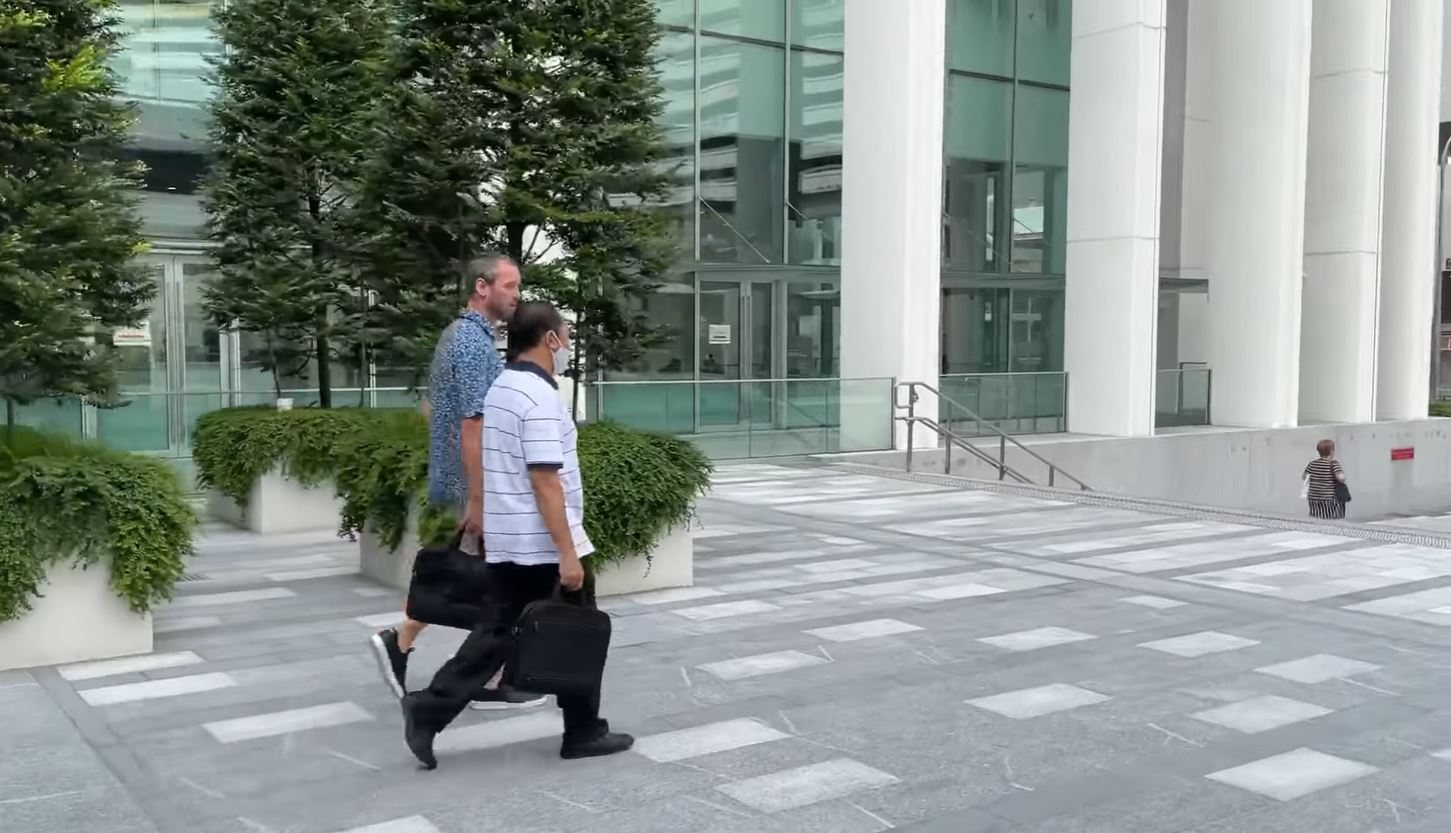 Stealing occasional glances at the reporters, he seemed unperturbed as they filmed him doing the thing that landed him in court in the 1st place. 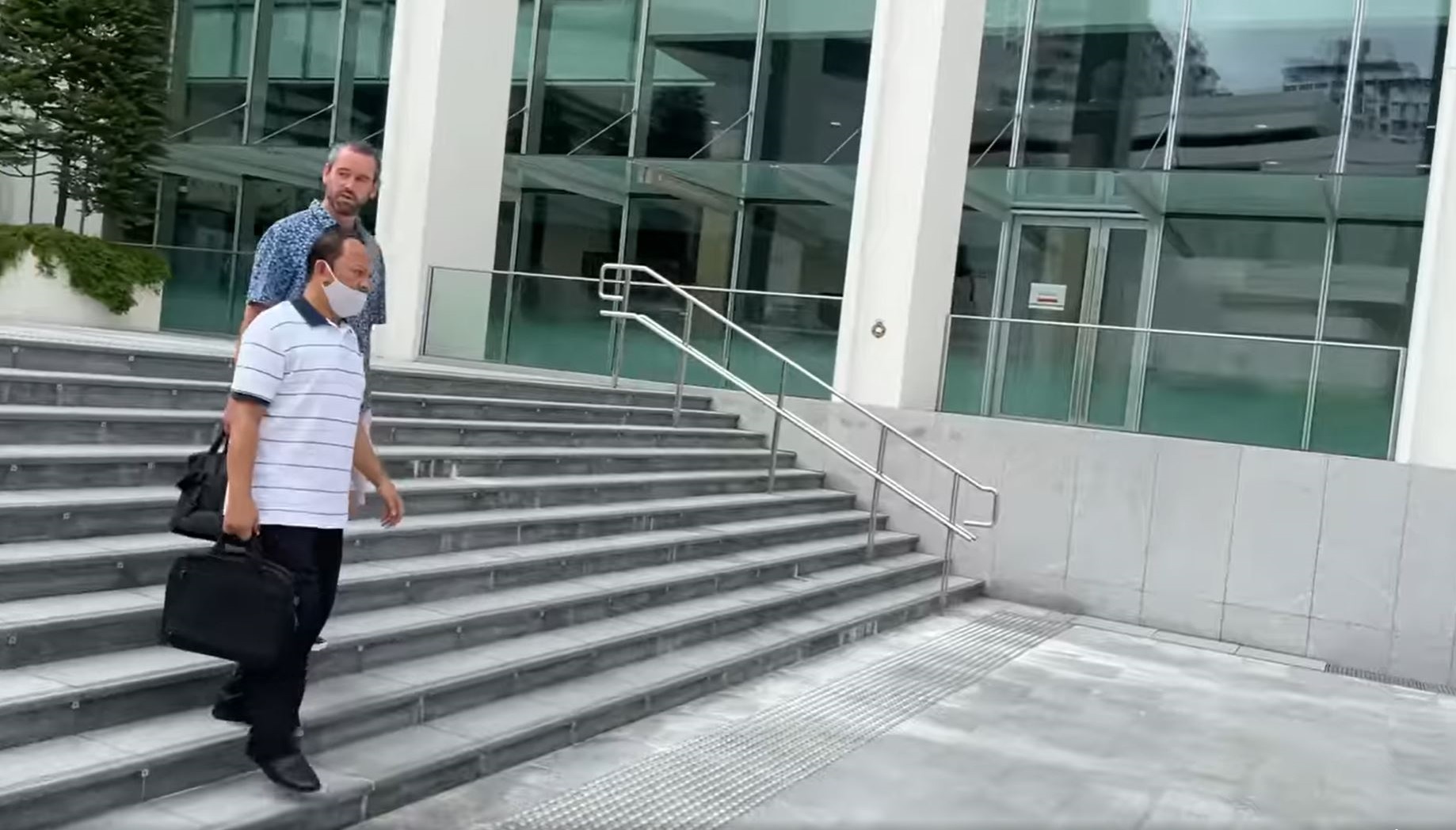 His actions remind us of the “badge lady”, who also defiantly took off her mask outside court and smiled for photos.

Glynn’s aversion for masks was well documented in the viral video taken by a fellow commuter.

In it, he refuses a mask even when someone offers it to him, and tells another person that he wants to “be free”. Check out the video here if you haven’t seen it yet:

In a subsequent interview with British newspaper The Daily Mail, Glynn told them he doesn’t believe in masks, adding,

I honestly believe it’s a hoax – I don’t feel there is any evidence to show mask-wearing is effective in any way.

He also said that he just wanted to leave Singapore but couldn’t due to the trial.

Glynn told The Daily Mail that the police arrested him while his family was asleep.

According to Yahoo News, he was at the ground floor of Allsworth Park condo on Holland Road when he allegedly committed the offence of using threatening words on a public servant. 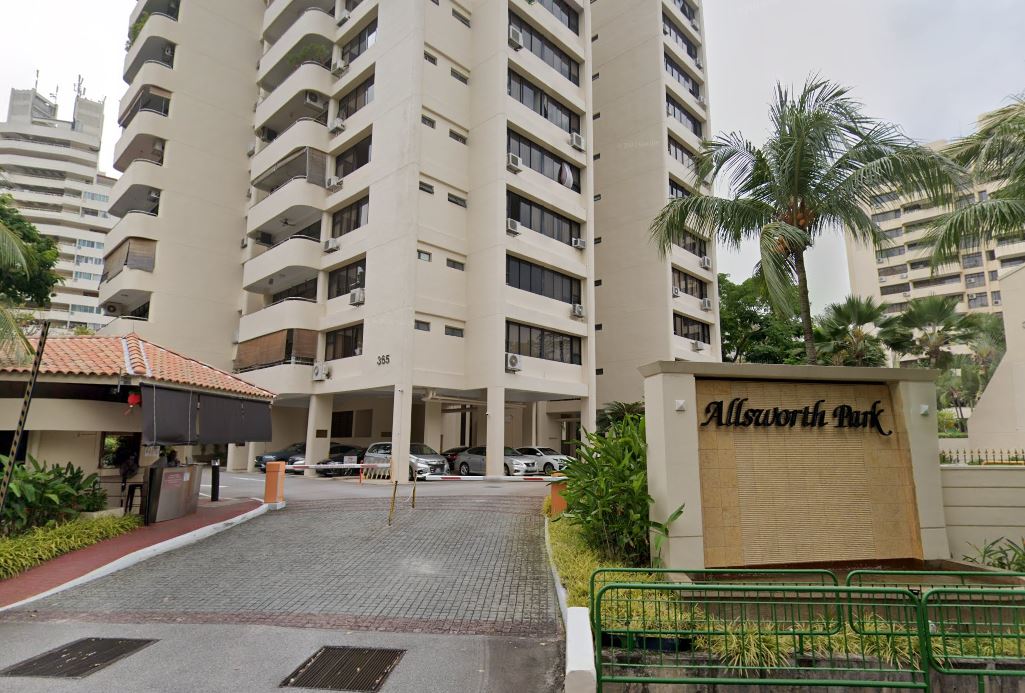 On 9 May at about 12.27am, he adopted a boxing stance and told 2 police officers,

So far, alleged offenders like the “sovereign lady” and “badge lady” are being dealt with, and Singaporeans are probably eager to know what the outcome of Glynn’s case will be.

Like the “badge lady”, the removing of his mask outside court seems to indicate that he’s unrepentant, which won’t help him in the court of public opinion.

What fate do you think awaits him? Do share your thoughts with us in the comments.