This Ultra Rare Pokémon Card Is Worth Your Yearly Salary & You’ll Be S$1,300 Richer If You Find It

The value of merch increases through time and we can say the same for Pokémon collectibles. Some of us have relentlessly collected plushies and cards, but what’s their resale value?

Too bad, it got lost in the mail. The ultra rare Pokémon card is still missing to this day. Here’s the full video.

The lost Pokémon card is Trainer No.3 — one of the rarest cards in the world.

You could only attain the card by becoming the 3rd-place finalist at Japan’s Super Secret Battle tournament back in 1999. GameBoy players would recall it as the era of Pokémon Gold and Silver.

Smpratte discovered the incident because he was acquainted with the eBay seller Pokemonplace. In a video, he claimed that the Pokémon card could be either lost or gone missing in the mail.

According to Polygon, Pokemonplace said,

My responsibility was to ship the card to Aramex – a middle man company that ships the card to the buyer. The tracking information I have was with registered mail and shows tracking and a signature.

Apparently, Aramex claimed they haven’t received it and signed for a bulk lot.

Pokemonplace blames the postal service for losing the package.

He couldn’t file an insurance claim because the lot was signed for. Smpratte believes that Pokemonplace and the buyer were aware of the complexity of tariffs and international deals.

He said in a video,

Both buyer and seller, did everything they could to make this as legitimate as possible.

In response, Aramex has opened a private investigation and is considering legal action.

We don’t know if the fanbase will ever see the Pokémon card again. Although if you can provide information, you can get a US$1,000 reward from the seller. No charges will be filed since he only wants the card returned.

Informants may get in touch with the merchant through his eBay account.

Getting the card back?

The sale happened in August 2018 and there have been no updates about the Pokemon card’s whereabouts. So far, the US postal service has made no comment.

We’re not sure how they’ll find the rare Pokémon card but maybe Detective Pikachu will crack the case?

Do you have a Pokemon card collection too? Let us know which cards you’re proudest of in the comments, and if they have to potential to make you rich too! 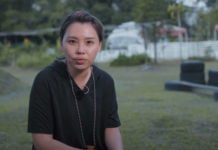 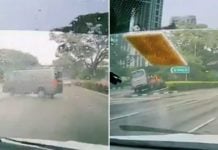 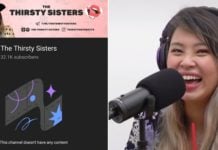