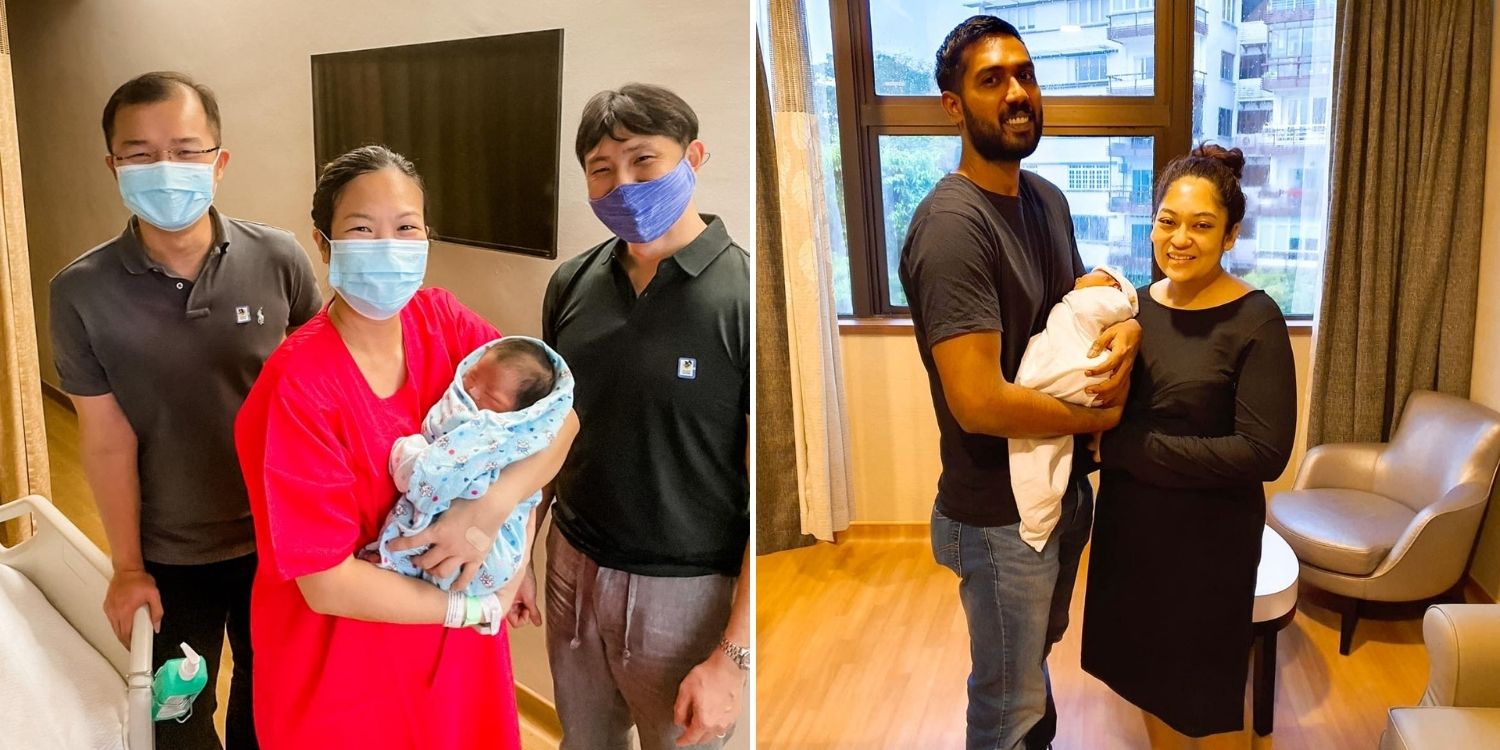 If you’ve been following the Workers’ Party’s (WP’s) Sengkang GRC team on social media, you’ll know that the female Sengkang MPs both went on maternity leave.

Their boss, WP chief Pritam Singh, was glad to congratulate them over Facebook.

However, the 44-year-old wasn’t too keen on being an “uncle” to the babies, telling Ms Khan jokingly in a comment below that he’s no uncle. 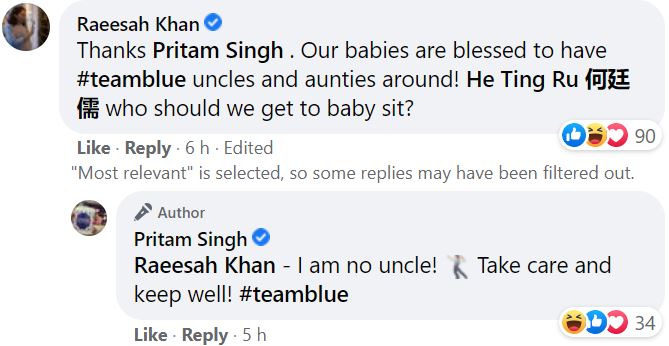 He Ting Ru delivers before turn of the year

The first to announce the birth was Ms He, in a Facebook post on New Year’s Eve (31 Dec).

Apparently, she delivered a baby boy before the turn of the year.

She was also visited by fellow Sengkang MPs Jamus Lim and Chua Kheng Wee in hospital. 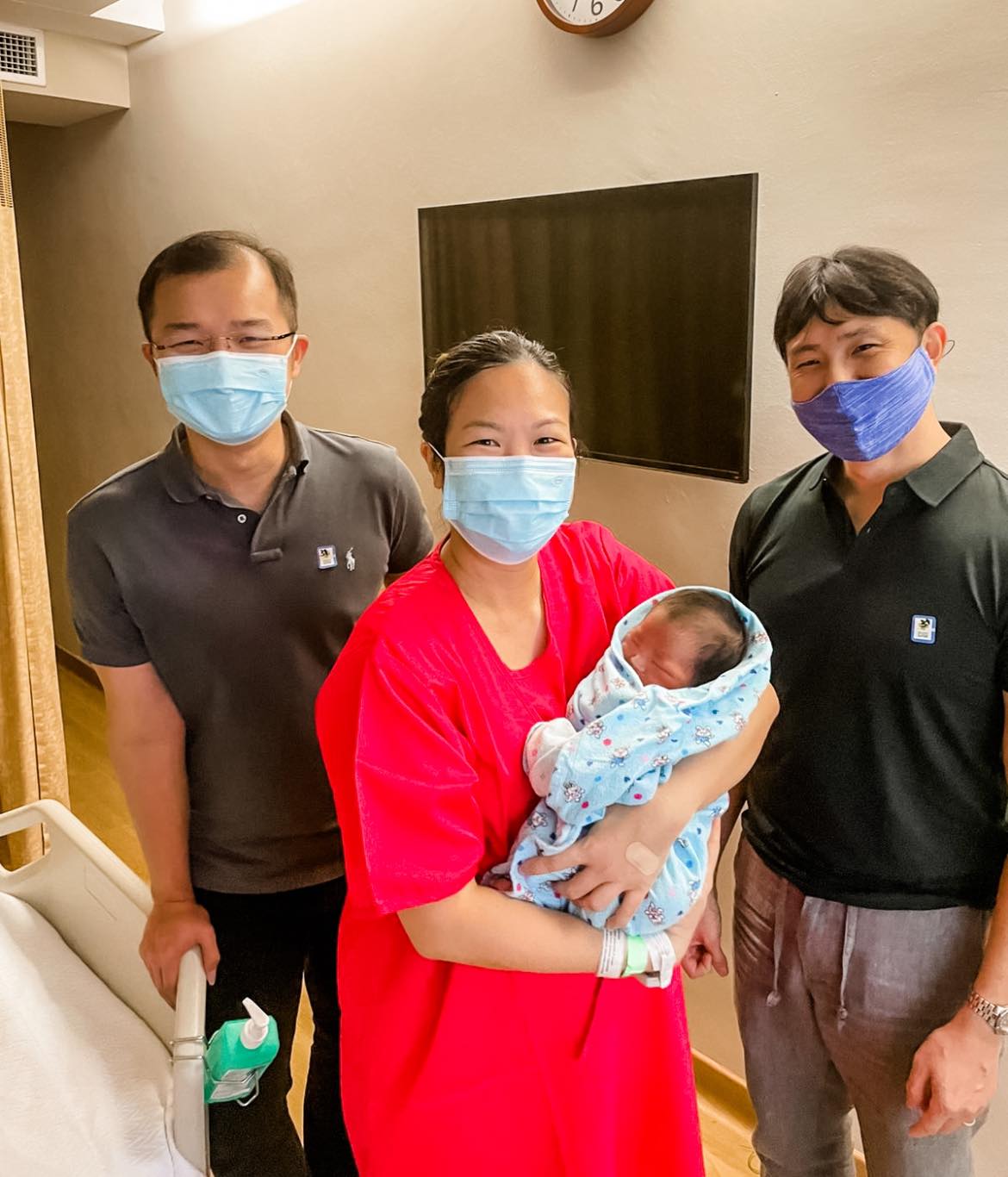 As you may know, Ms He is married to fellow WP member Terence Tan – in fact, they met while campaigning in Marine Parade GRC during the 2015 General Election.

According to Lianhe Zaobao, the couple tied the knot in Jan 2016 and have 2 other sons, aged 2 and 3.

Mr Tan wrote about the joy of having his 3rd boy in a Facebook post on the same day.

The couple also thanked healthcare workers for their care over the festive period.

Ever since she announced her pregnancy on the day she was sworn in to Parliament, fans may have been wondering when Ms Khan’s bundle of joy was going to emerge.

The wait is now over, as she posted on Facebook on Saturday (2 Jan) that her baby girl, Ayla, had been born. 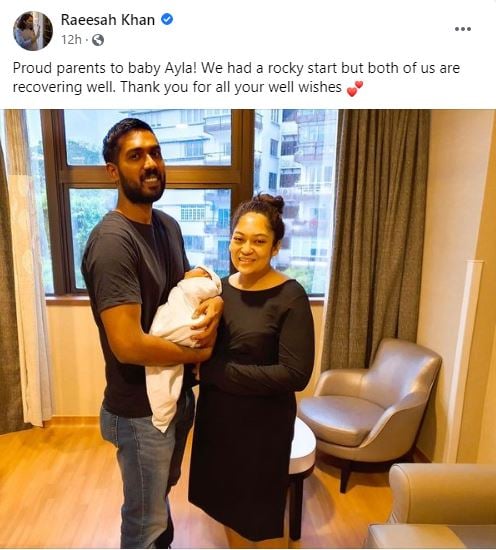 Though she said she had a “rocky start” to the birth, she and her husband, Mr Mahadhir Caffoor, are recovering well. In response to Mr Singh’s congratulations, Ms Khan thanked him in a comment, and said the newborns were blessed to have “uncles and aunties” from “team blue” (i.e. the WP).

However, Mr Singh corrected her in a reply – saying that he’s no uncle.

Indeed, at 44, the vibrant Leader of the Opposition maybe shouldn’t be considered an uncle yet – perhaps a supportive and protecting older brother? Netizens also congratulated the mothers, thanking them for serving as MPs despite being young mothers.

After all, nobody would blame them if they’d rather focus on looking after their young children than thousands of residents.

More than one commenter also pointed out that the Sengkang MPs gave birth to 1 girl and 1 boy, forming the Chinese character “好”, meaning “good”.

The happy coincidence bodes well for the party, they added.

More blessings for the 2 MPs

While last year wasn’t too good as whole, it certainly brought blessings to Ms He and Ms Khan, who were voted into Parliament and received new additions to their families.

While they’re on their well-deserved maternity leave, Sengkang will be in good hands as WP members like former chief Low Thia Khiang will be stepping in to help out.

MS News congratulates the MPs, and wishes them a quick recovery from their exertions.