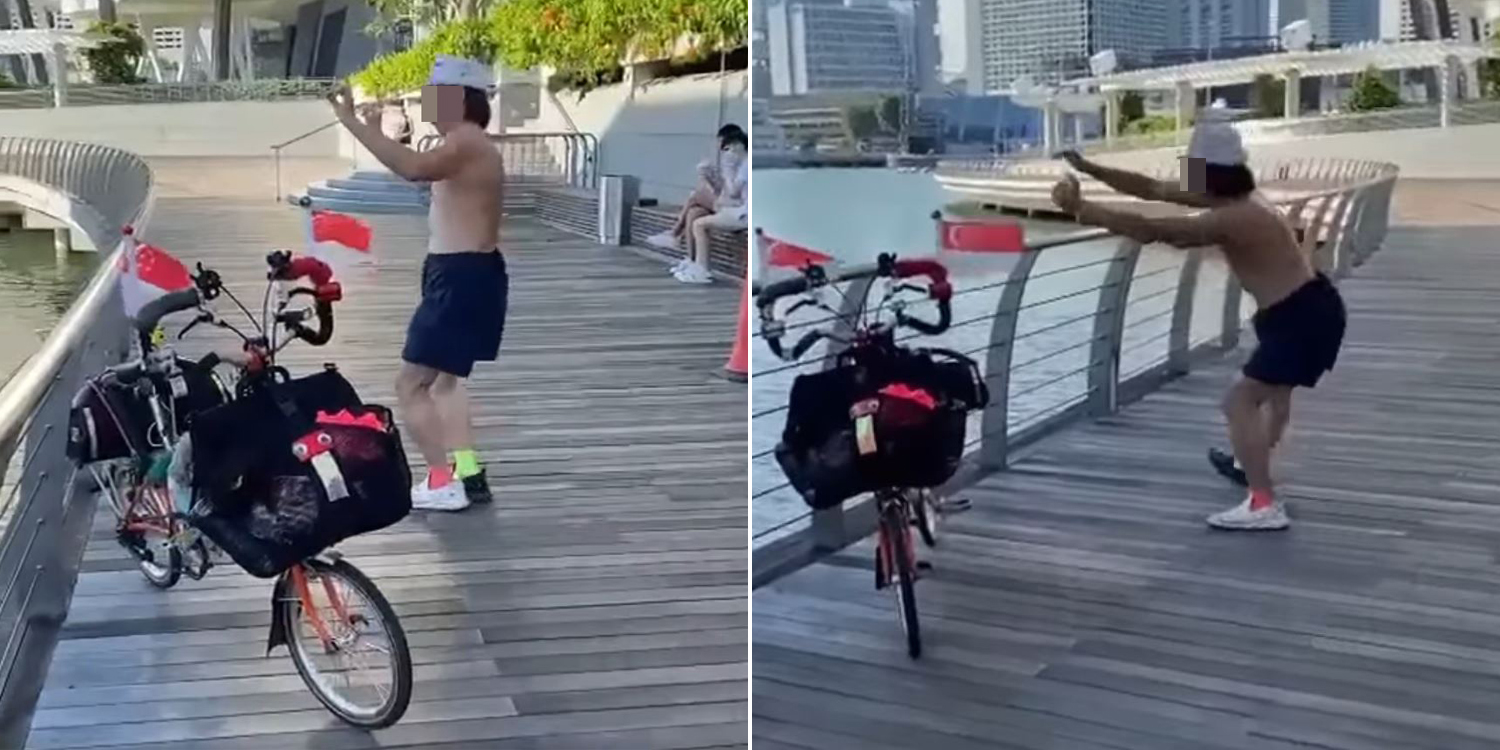 Shaking off worries on National Day.

Tough times can make us feel disheartened, but one uncle has gone viral for opting to shake off his worries.

On Tuesday (10 Aug), a shirtless uncle was spotted dancing at the boardwalk along Marina Bay Sands (MBS). As he swayed to his own beat, netizens admired his positive attitude. 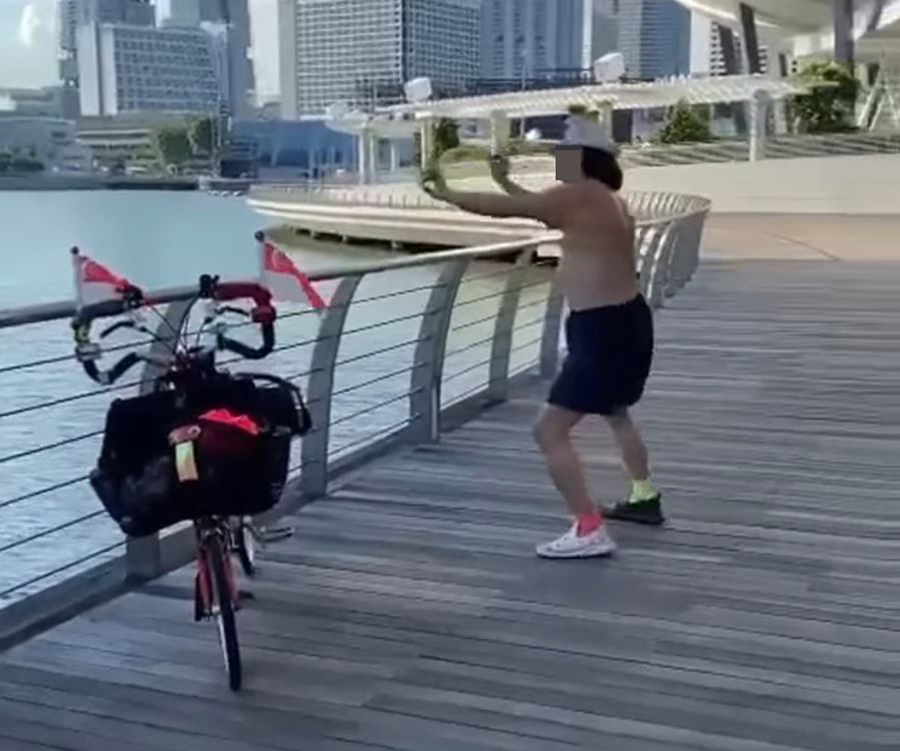 Daily worries can make us feel serious all the time. Yet, this uncle reminds us that there’s no harm in letting go and having fun every now and then.

Music festivals and large gatherings are still not allowed due to the ongoing pandemic. However, this carefree uncle is making us feel nostalgic for simpler times. 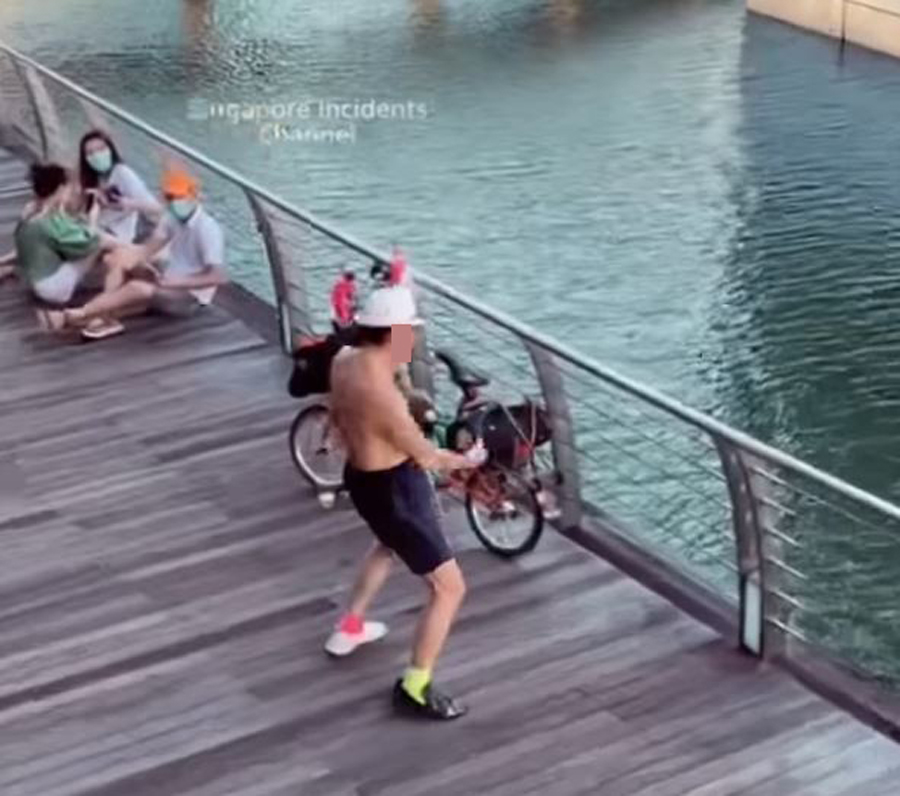 In a video posted on Wake Up Singapore, an uncle was showing off his moves while dancing to the Hindi song, ‘Lungi Dance Chennai Express’. The 2 Singapore flags on his bicycle make it seem like he’s showcasing his national pride on National Day. 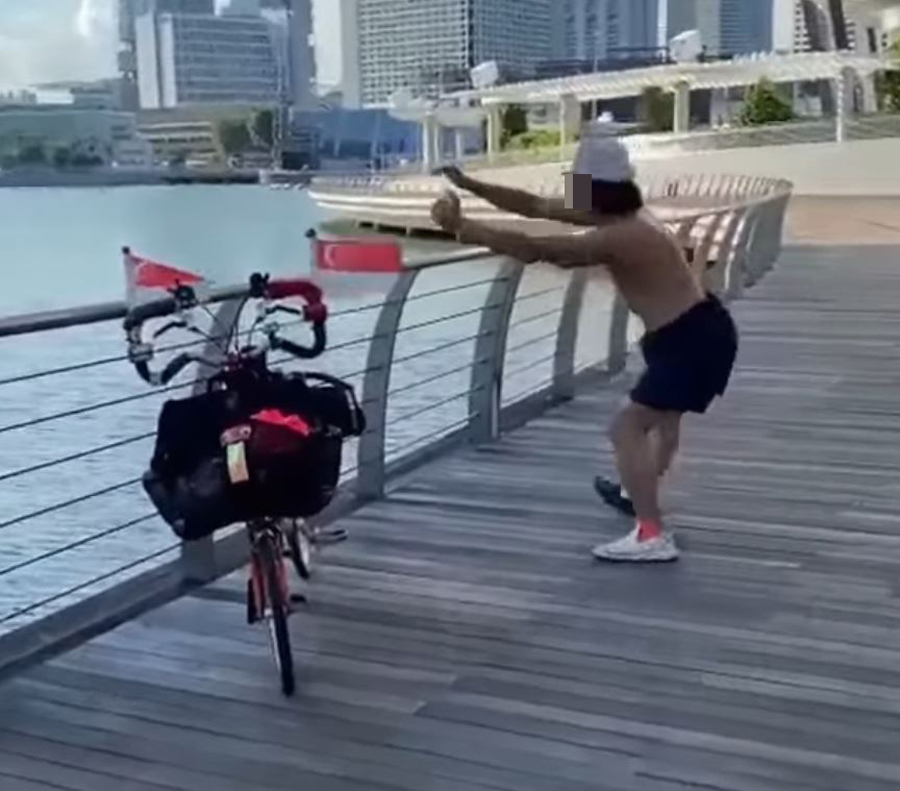 Another video on Singapore Incidents featured the uncle bopping to the tune of ‘Shake That Thing’ by Sean Paul. 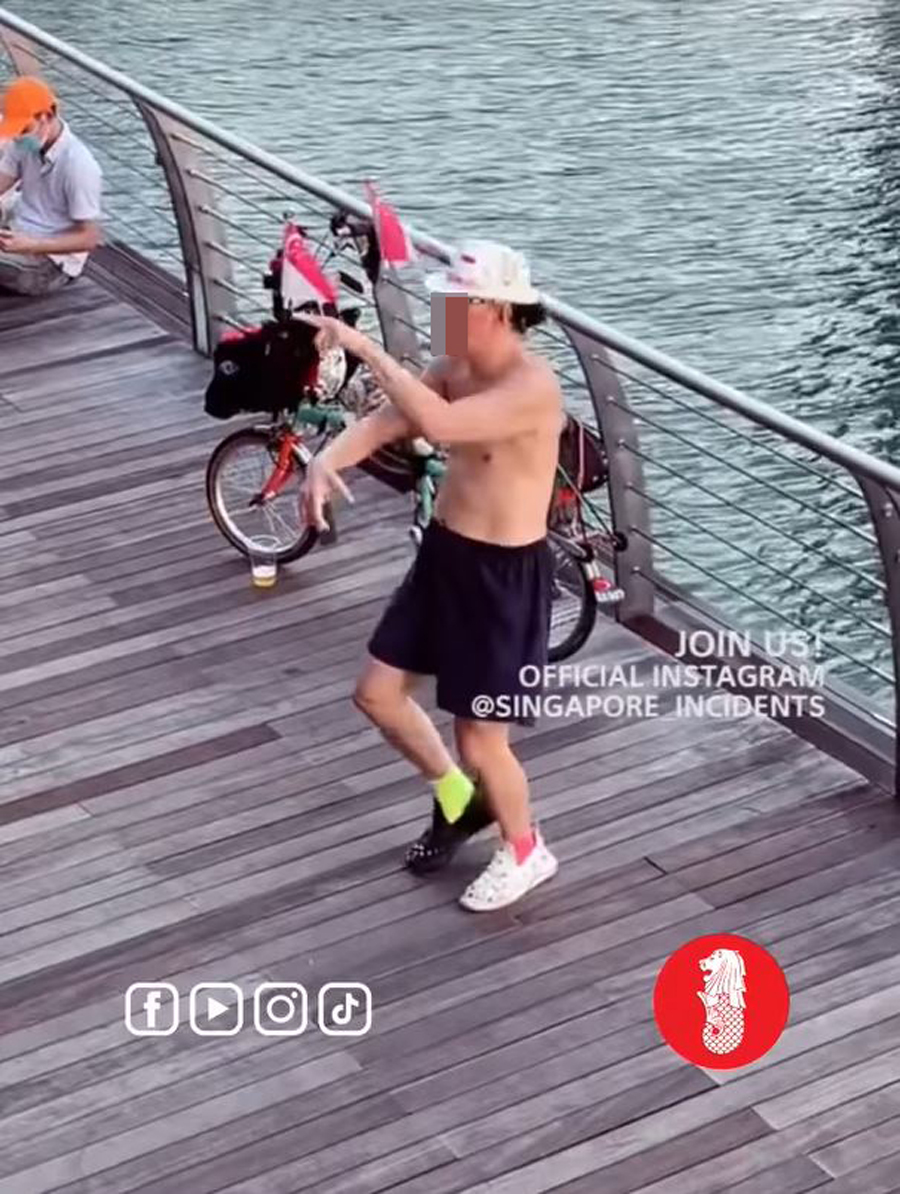 Even without nightclubs, the uncle proves we can still have a good time, as long as there’s music.

Netizens entertained by his positive vibes

Though the uncle dancing shirtless in public was an unusual sight, his moves entertained many netizens.

This one believes that he seems to be happily celebrating National Day despite the postponement of live performances to another date. 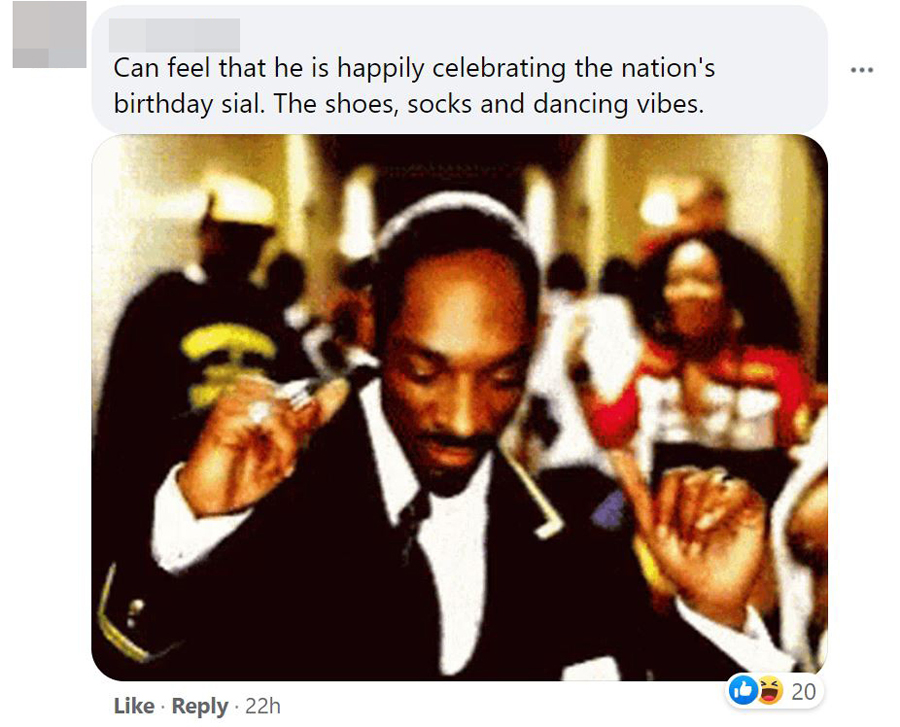 Another netizen couldn’t help but notice his positive attitude. For the uncle, it seemed only happiness matters — which is a good mindset to adopt when facing adversity.

We probably need a lot of people like him, according to another netizen. His happiness and good dance moves can easily make anyone’s day brighter.

Hope everyone can be as positive as the dancing uncle

The pandemic may be far from over but National Day and eased restrictions make us feel hopeful for the future.

Like this shirtless uncle, we hope to have more things to celebrate in the coming months, as we work on improving the local Covid-19 situation.

For now, some of us might want to consider dancing to our fave club tunes at home first, to chase all the stress away.

Positivity may not solve all our problems, but it can definitely make our day better.