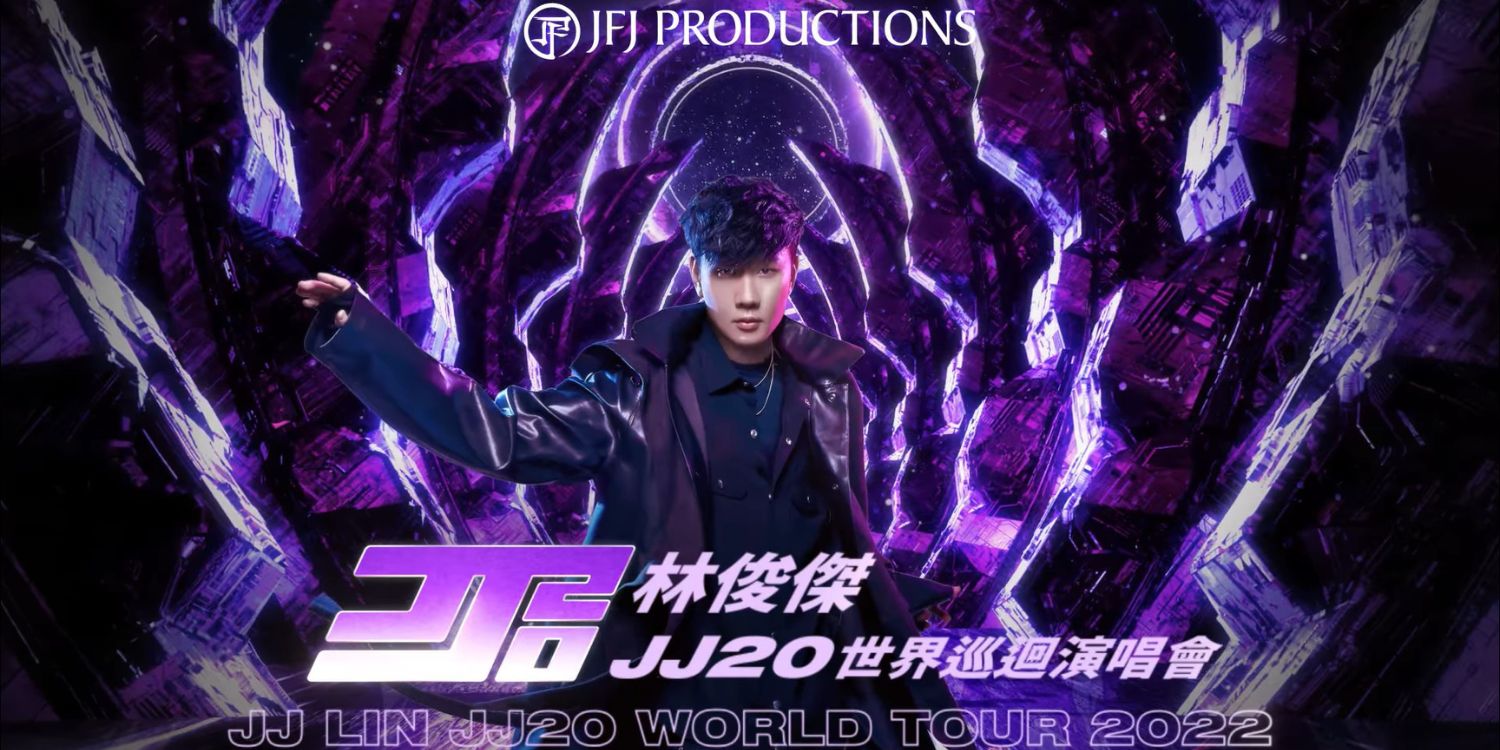 No more livestreams and balloting for tickets.

UPDATE (26 Jul, 12.05pm): In a subsequent post on JJ Lin’s Facebook page, he revealed that the general public ticket sale will start on Friday (29 Jul), 6pm at the Ticketmaster website.

However, priority booking for MasterCard holders will be on Thursday (28 Jul), from 10am to 11.59pm.

There will be seven price tiers starting from S$148, with S$348 the most expensive.

Over more than two years of the pandemic, Singaporeans have missed attending large-scale in-person concerts.

Thankfully, since the lifting of restrictions, artists are coming back to perform with a vengeance.

One of the singers we’ve been pining for is homegrown star JJ Lin, who has made us proud by becoming one of the biggest names in Mandopop.

That’s why it’s a big deal that he’s chosen to honour his hometown by starting his latest World Tour here from 4 to 5 Nov. 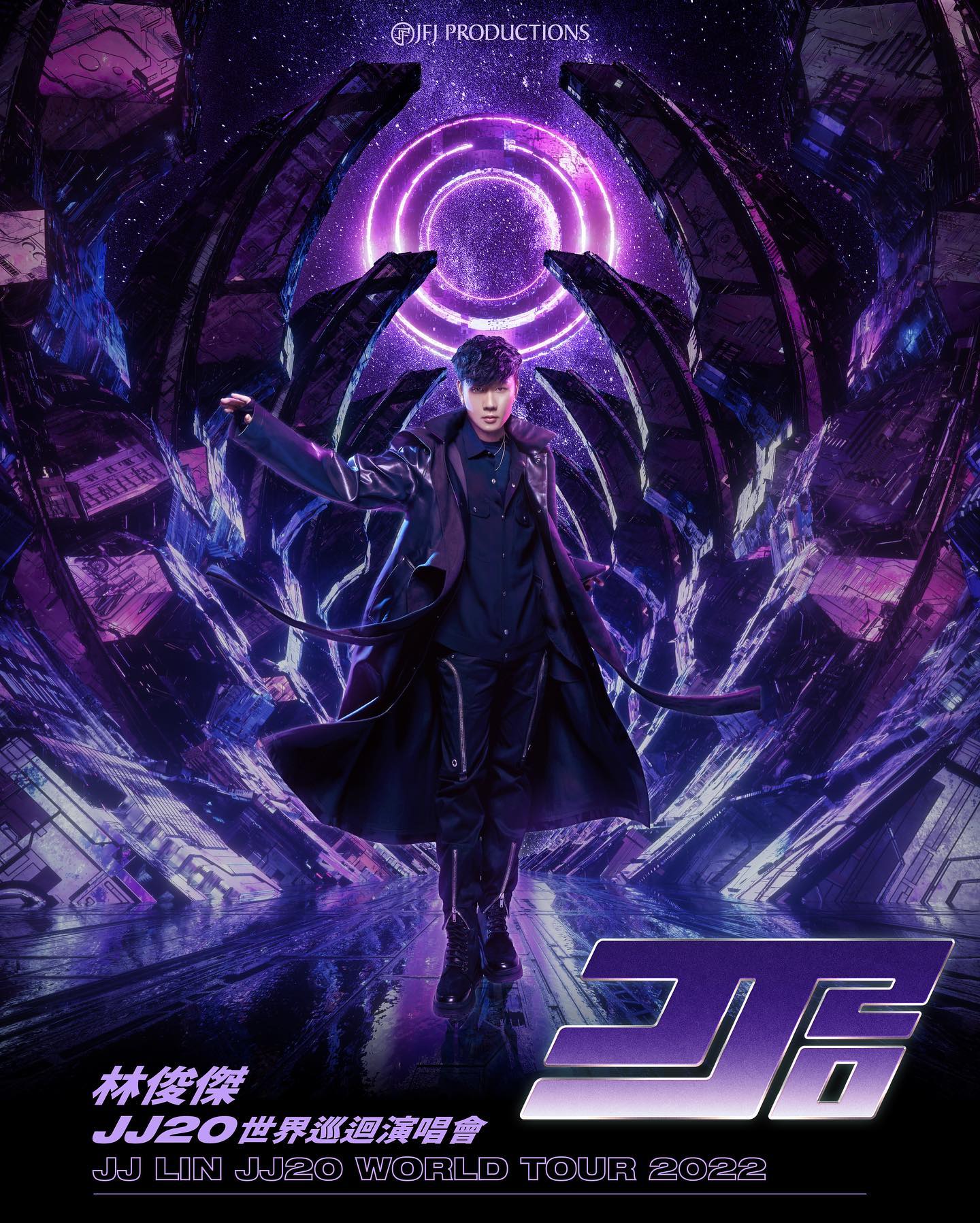 This will his first major in-person concert in Singapore since 2019.

JJ Lin announced his return to Singapore in a Facebook post on Monday (25 Jul), where he revealed the first three stops of his JJ20 World Tour. 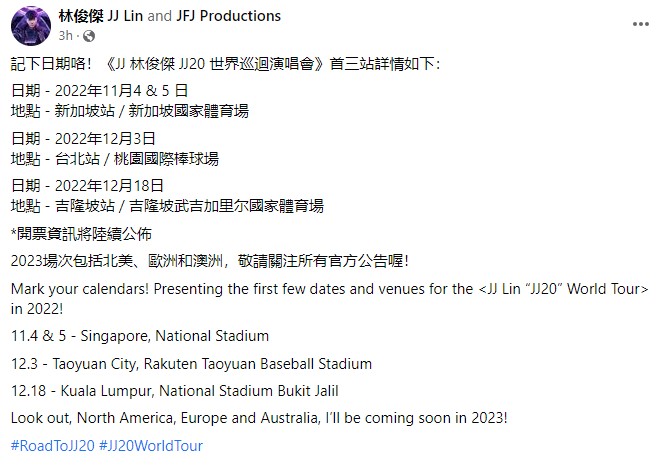 The Singaporean’s first stop, of course, is home sweet home on 4 to 5 Nov. He will play at our National Stadium. 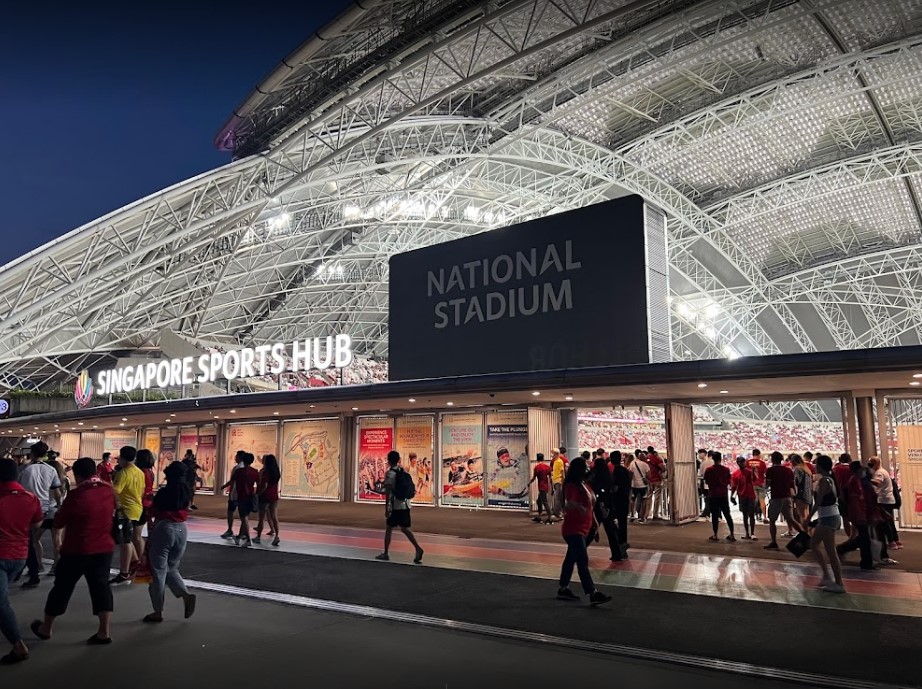 After that, he’ll head to Taipei for a one-night concert on 3 Dec.

Then, the pop star will come back to Southeast Asia with a concert in Kuala Lumpur’s National Stadium Bukit Jalil on 18 Dec.

Next year, he will continue his World Tour in North America, Europe and Australia.

He alluded to that in a Facebook post earlier on Monday, when he said he “won’t leave” even after 20 years. 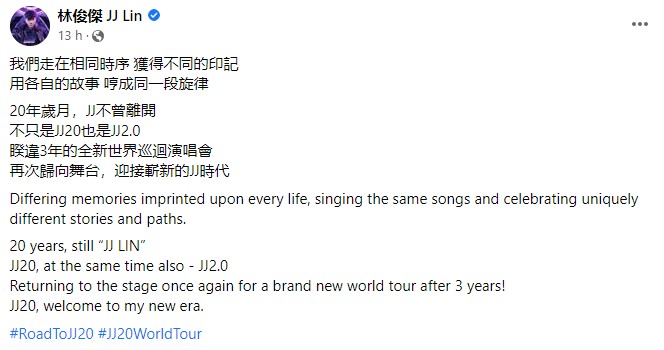 His debut album, Music Voyager, was released in 2003.

The singer also indicated that the new tour would also be the start of his “new era”, called “JJ2.0”.

Guess we’ll have to attend the concert to see exactly what that means.

Singapore fans have waited since 2019

Singapore fans have had to wait a while for a JJ Lin World Tour, as his last major gig here was the Sanctuary 2.0 World Tour in Dec 2019. 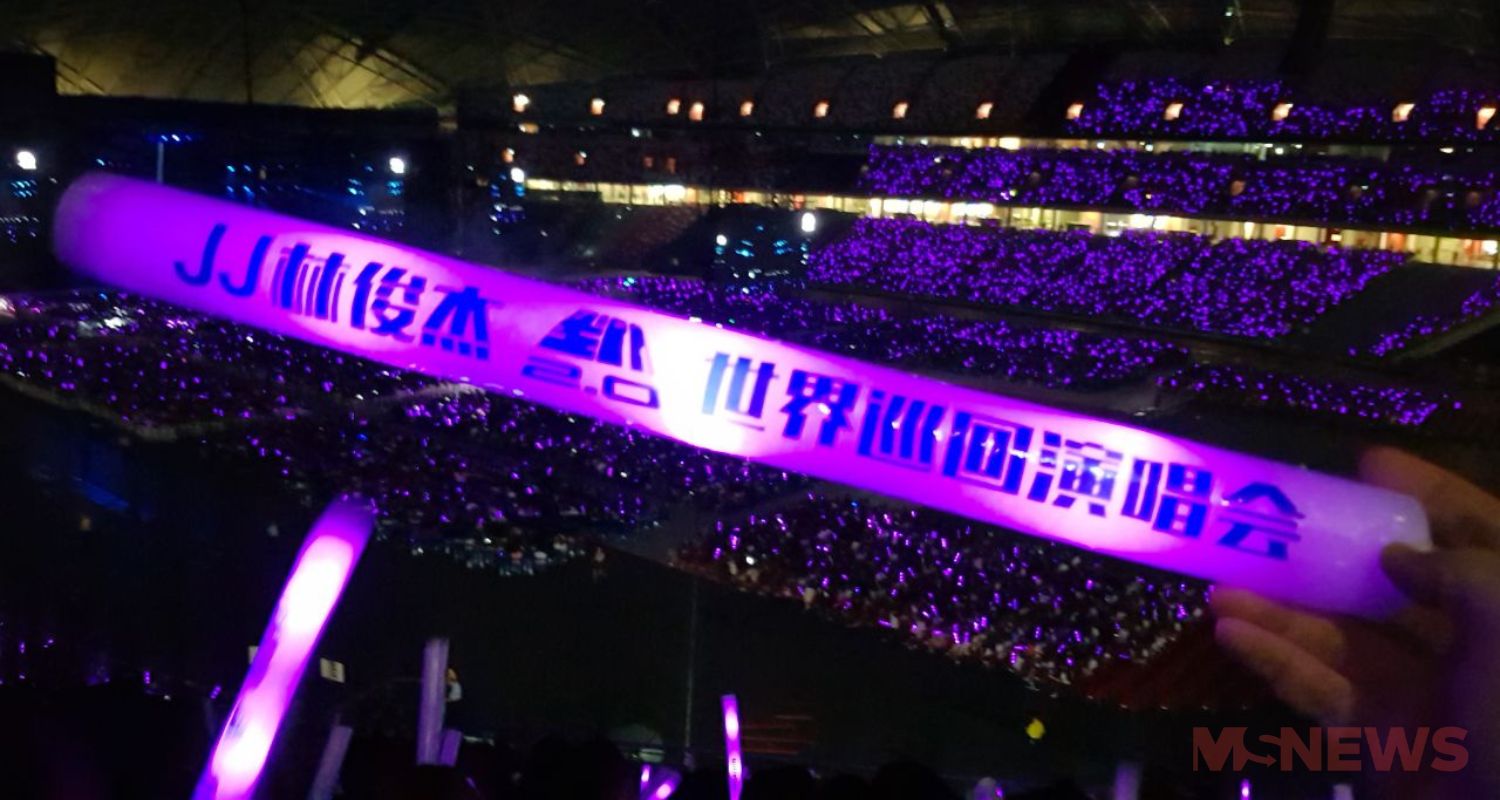 Even though that was 2.5 years ago, it seems like an eternity as that was before Covid-19 plagued our shores.

In the interim, JJ Lin staged a virtual concert that had some hiccups.

Even those who managed to catch it lag-free would agree that it couldn’t beat the electric atmosphere of his “live” shows.

Then in Nov last year, JJ Lin performed at the Marina Bay Sands for two nights.

However, only about 2,000 could fit into the venue. They also had to ballot for tickets and take a pre-event test (PET) beforehand.

Thus, not all who wanted to could share in this experience.

Earlier in July, JJ Lin posted a teaser for his World Tour over social media, sharing a first look at the concert poster.

However, no dates were released at the time — only the cities he was visiting.

Now that Singaporeans have a definite date, we can mark our calendars so we won’t forget to catch our hometown boy in action.

We can bet fans are already flexing their fingers to snatch them online once they’re out.

Here’s a summary of the concert deets:

The impending arrivals of hot acts like Jay Chou, Justin Bieber and Billie Eilish have caused Singaporeans to salivate at the possibility of seeing them in their full glory.

But we’re happiest to see our “national treasure” back performing in his country once again.

It’s also proof that our “live” concert scene is awakening after two years of slumber.

Let’s look forward to these stars gracing our concert stages and hope for more to come.