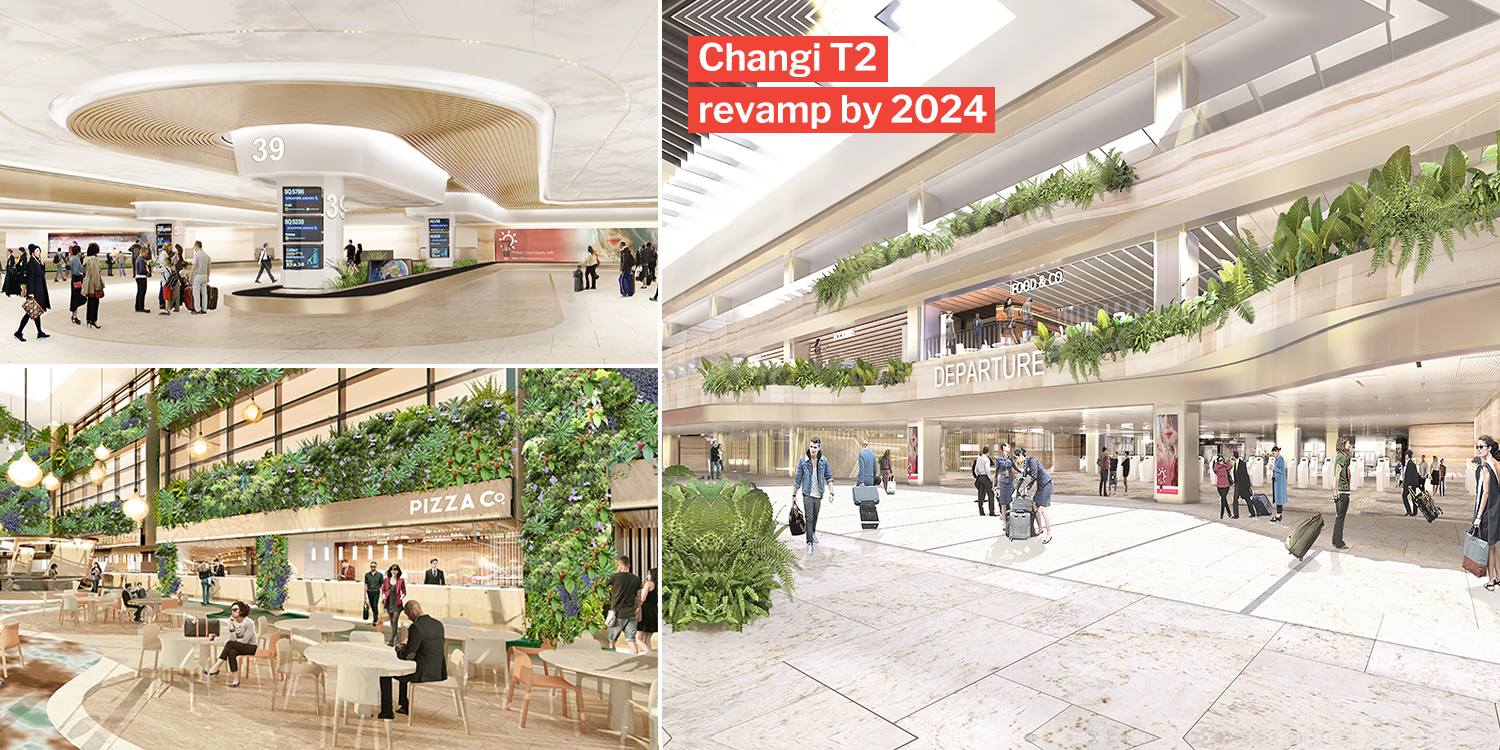 Say your goodbyes to T2's legendary McDonald's by 31 Jan.

After the launch of Terminal 4 and Jewel Changi, it looks like Changi Airport’s forgotten middle child is finally going to get the 360° makeover it deserves.

For the record, Changi Airport Terminal 2 (T2) hasn’t been renovated for 14 years since 2006, so it has held up relatively well.

Here’s a glimpse at the environment you can expect to stroll into when you head to Changi T2’s drastically different premises after the extensive upgrades. 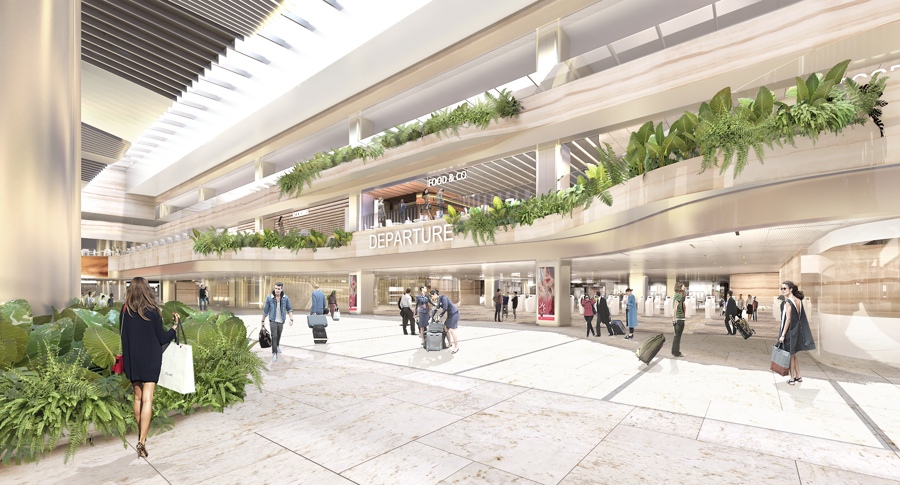 Hopefully, the hotly anticipated design revamp will eventually turn all your frowns upside down when you see T2 as your designated take-off terminal in the future.

Taking a literal leaf out of Terminal 4’s book, Changi Airport Terminal 2 will be given the full ‘Jewel’ treatment.

You can expect a ton of green shrubbery lining the walls and railings of the corridors, potted hanging plant fixtures and atmospheric lighting. 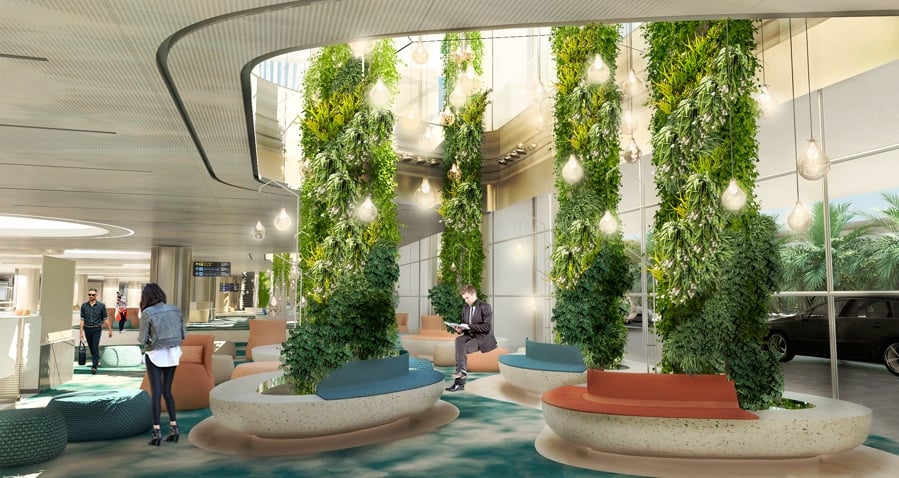 We love that they’re extending the ode to ‘Green Singapore’ & eco-friendly motifs throughout other airport terminals and we honestly can’t wait to see how this turns out. 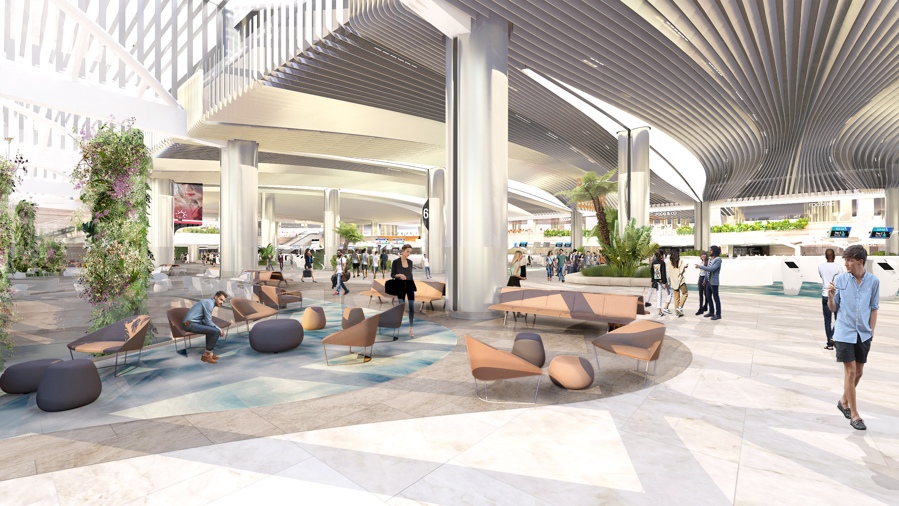 If you absolutely adore Terminal 4’s self-service check-in kiosks and 100% automated baggage loading process – not counting the staff that always helps you – you’ll feel right at home at the new T2. Changi Airport promises more of such counters at the heart of the departure hall. All you’ll have to do is check-in online and head there to print your boarding passes & drop your bags.

We all can relate to the agonising wait for your luggage to be dispelled onto the belts after a long flight. 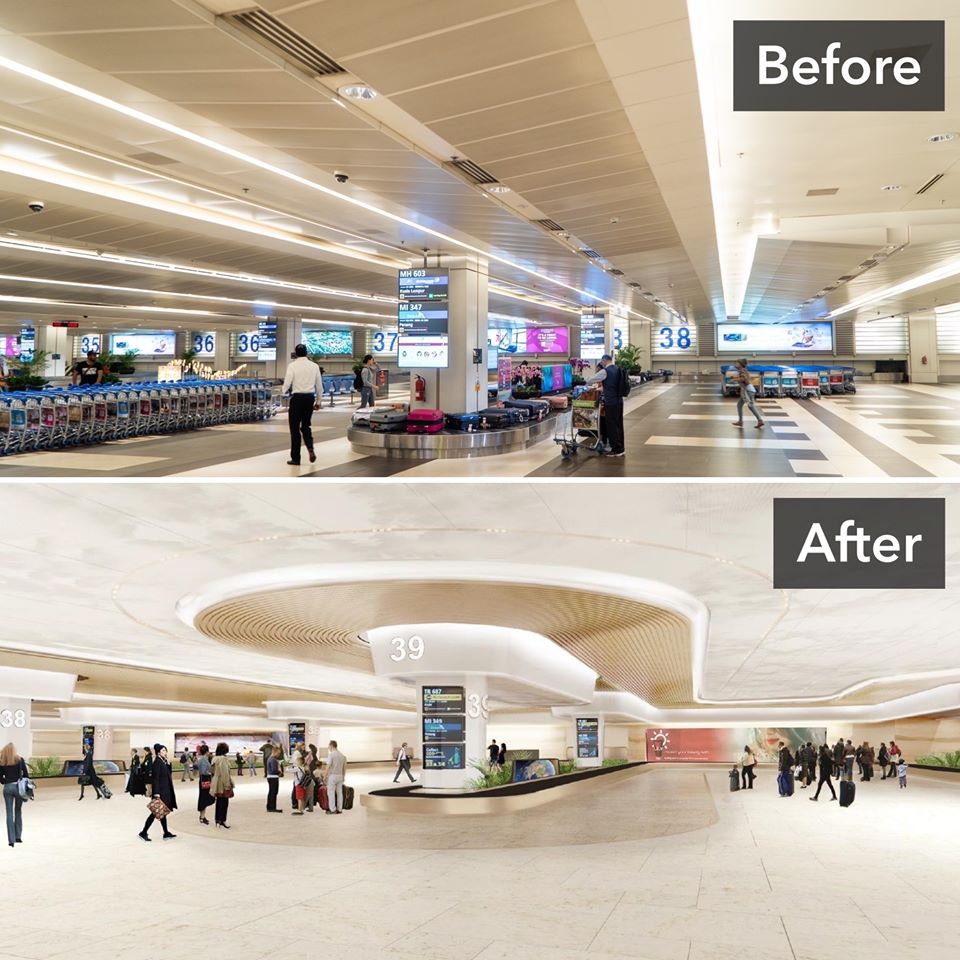 Well, if 2024’s scheduled renovation goes as planned, we hear that at least 2 baggage belts will be lengthened at T2. There’ll also be 2 brand new belts, to make a total of 10 luggage carousels.

That will definitely help with the wait times for your luggages so you can clock in extra minutes at Lotte’s new duty-free section.

Changi Terminal 2 is home to the iconic flight information flip boards. You know the one that welcomed Joseph Schooling home after he brought back his historic Olympic Gold?

These flip boards are getting “harder to maintain” with each passing year, claims Changi Airport’s spokesperson. So in exchange for the old-school aesthetics, they’ll be swapped out for more practical digital screens.

Students who practically lived in the airport in the late 90s to 2000s mostly wept when they heard that the legendary T2 McDonald’s was going to be closed on 31 Jan 2020. Another cafe staple of the departure hall – Starbucks – will close this coming April 2020.

But before you lament the fall of the Golden Arches or Green Siren, Changi Airport promises that exciting new F&B options will be in store for guests.

Mysterious host of new F&B brands inside & outside transit hall

To whet our appetites, Changi Airport has suggested that they’ll be bringing in brand new F&B options for guests with the refurbished terminal. 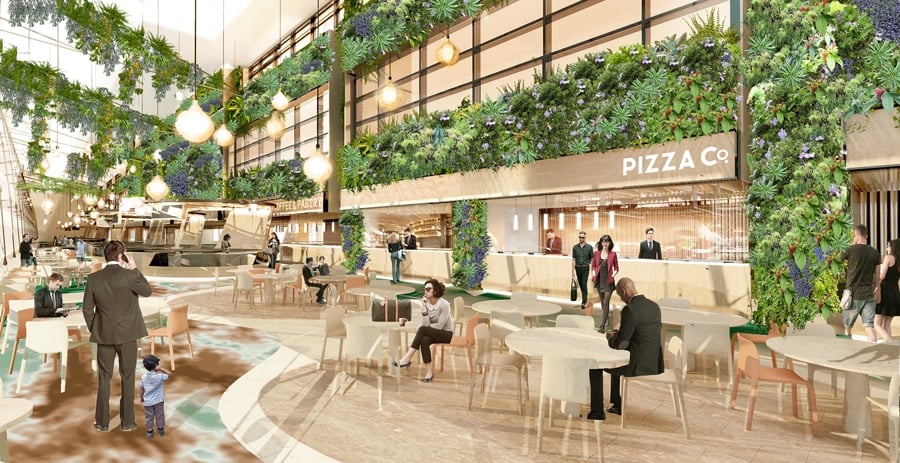 A cryptic “duplex F&B concept” will be added near T2’s link to Jewel Changi Airport, as well as a ton of new shopping options. 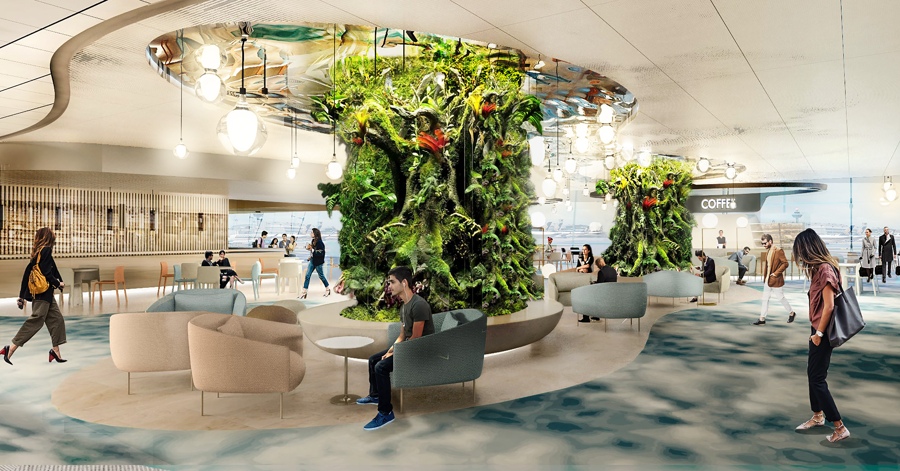 Besides a “Food Street” overhaul, we hope there’ll be Pokemon Centre or Shake Shack-level brand surprises in store, closer to the launch.

Passenger capacity increased by 5 million by 2024

Preliminary renovation plans for Changi Airport Terminal 2 involve an expansion so the team can serve 5 million more passengers by 2024.

With competitors like Bangkok’s Suvarnabhumi Airport & Kuala Lumpur International Airport 2 rolling out grander terminals to placate the insatiable appetite of well-travelled passengers, these plans for Changi Airport are more timely than ever.

Such extensive renovation plans could entail some closures, but Changi Airport claims that Terminal 2 will be up and running in the interim. 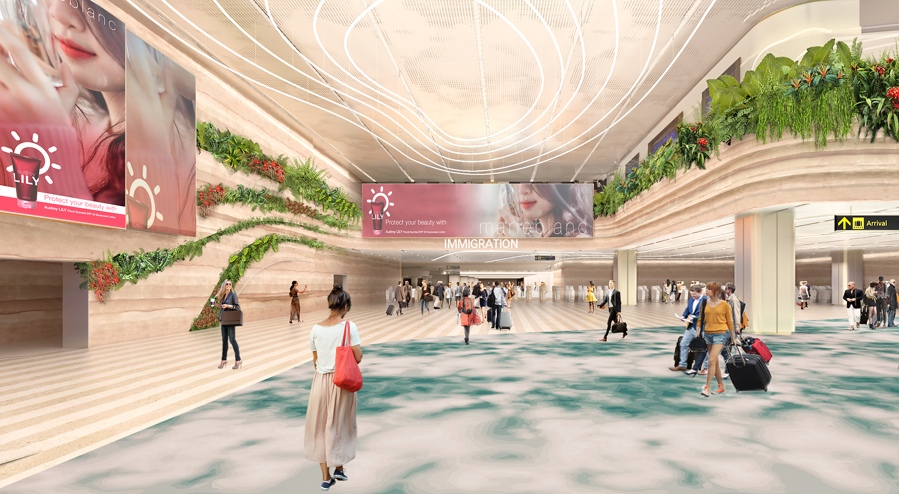 This includes all food & beverage outlets with public access until the time calls for it.

Do note that some airlines that are hosted at T2 may be assigned other check-in rows while renovations are ongoing.

Changi Airport has proven that a lot can be done in the mere span of 4 years, and we’re absolutely psyched that Terminal 2 will finally get its chance in the spotlight after 14 years. What brands or functions would you love to see ported over from Terminal 4 or Jewel Changi at Changi Airport’s brand new Terminal 2? Do let us know in the comments below.