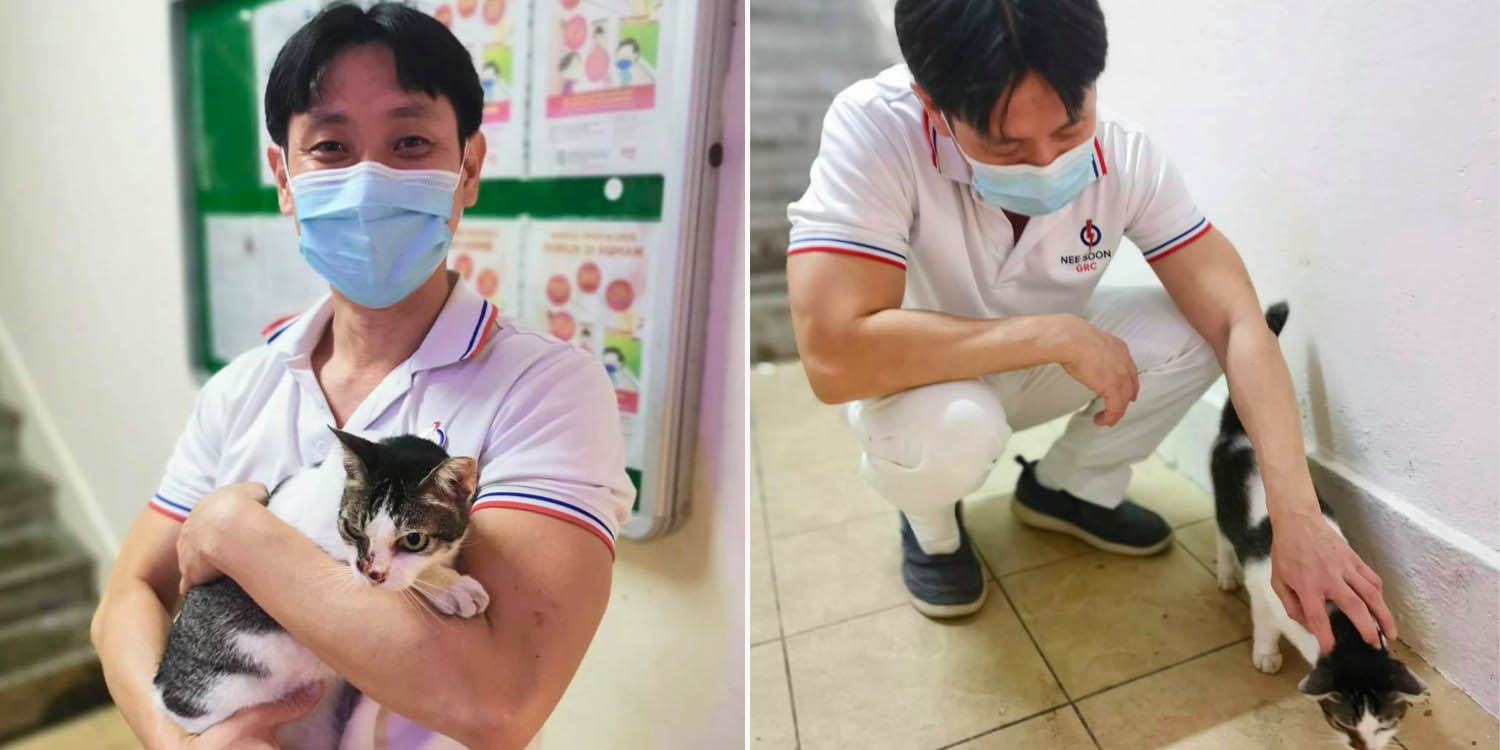 During their walkabouts around neighbourhoods, candidates and Members of Parliament (MPs) often see familiar faces in the community.

Mr Louis Ng, a second-time PAP candidate for Nee Soon Group Representation Constituency (GRC), met a special furry friend from his first official day as a new candidate back in 2015.

Though much has changed since then, the two were just as adorable, with Annie the cat even cozying up in Mr Ng’s arms to snap a commemorative picture. 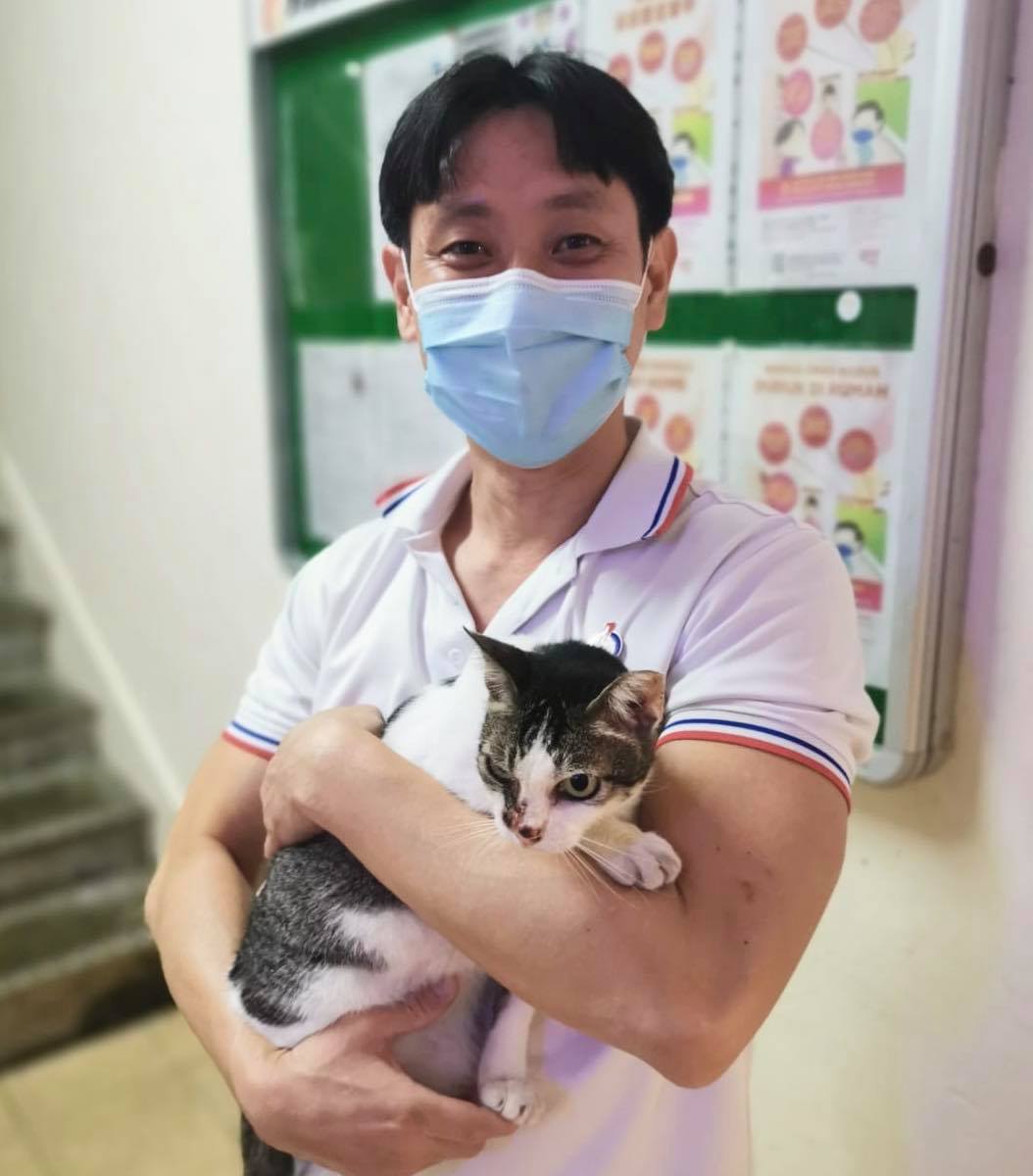 Mr Ng reminisced how he and Annie the cat first met in 2015. 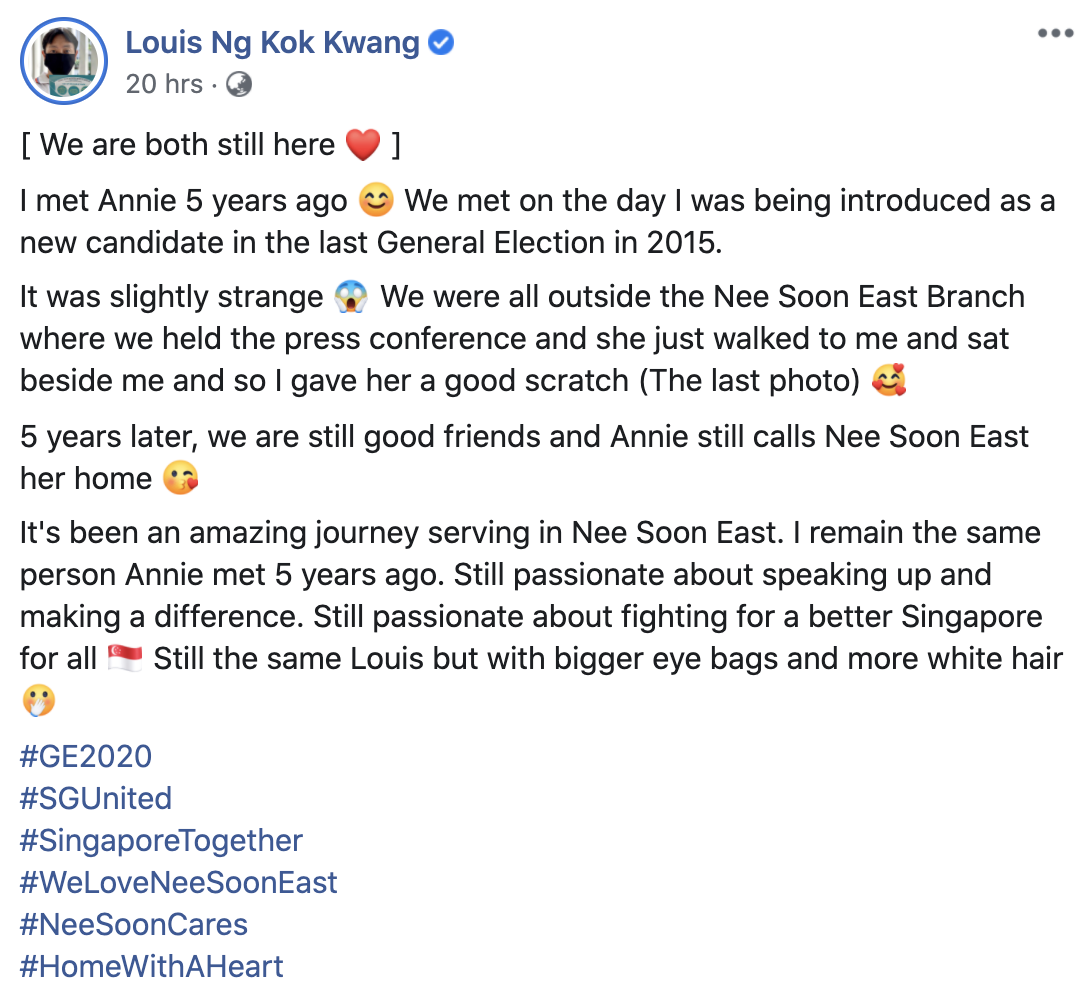 They met outside the People’s Action Party (PAP) Nee Soon East Branch, right after he’d been introduced as a new candidate.

She took a liking to him, and walked over to sit beside him.

The founder of Animal Concerns Research and Education Society (ACRES) bent down to give the friendly feline a good scratch, a picture of which he shared in his Facebook post. 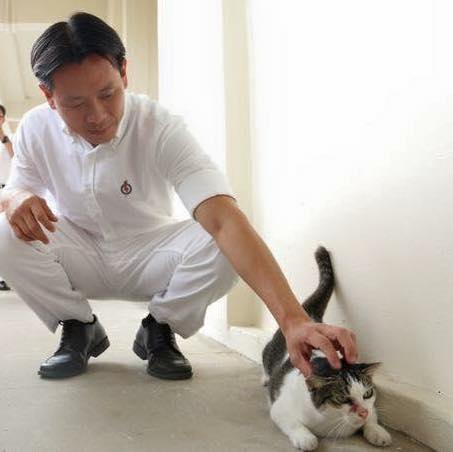 Louis Ng with Annie in 2015
Source

During a walkabout, Mr Ng managed to snap an almost-identical shot with Annie, 5 years after first meeting her. 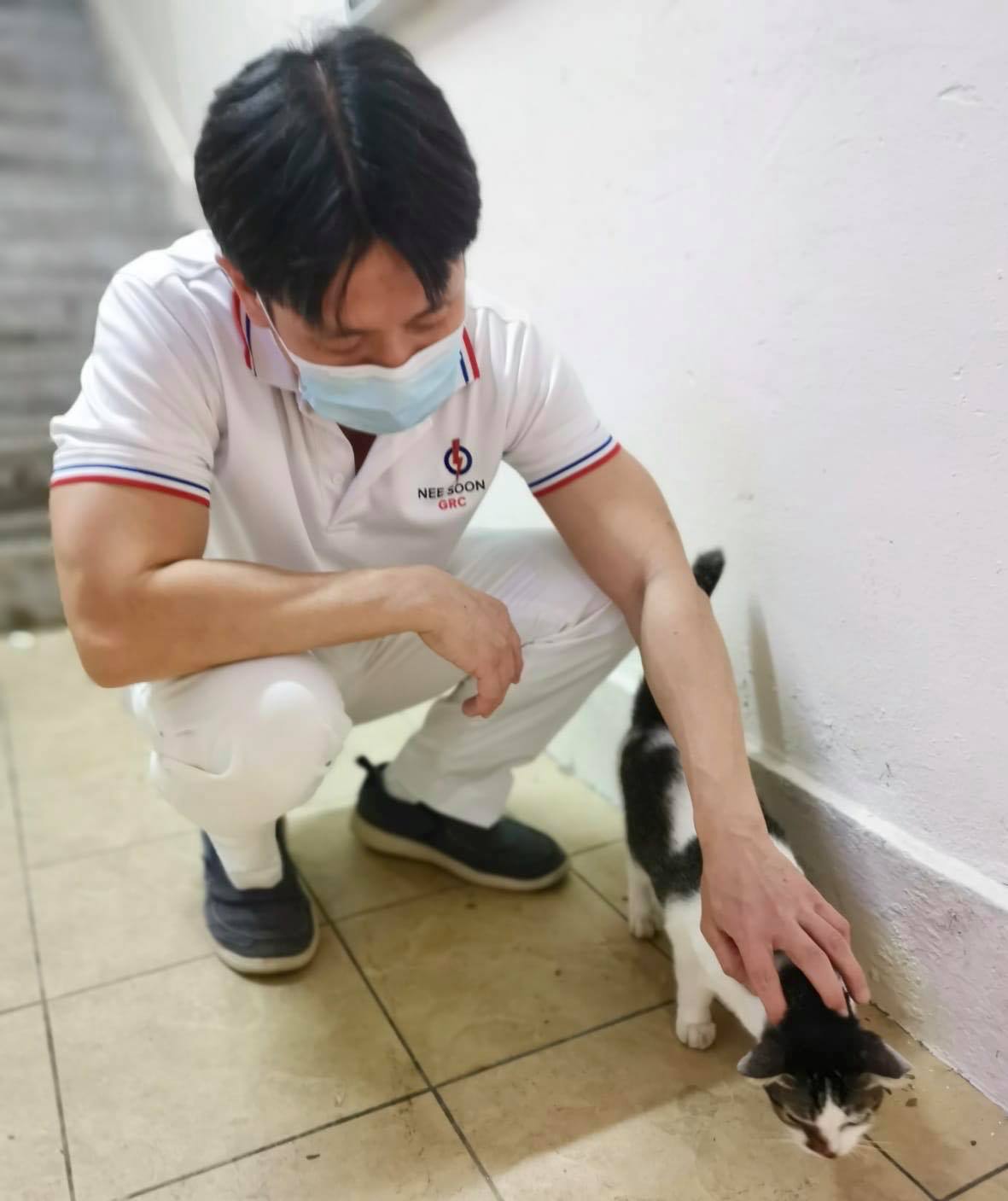 Louis Ng with Annie in 2020
Source

He wrote in his post that though much had changed, he very much remained the same person elected into Parliament in 2015, albeit having “bigger eyebags” and “more white hair”.

Annie too, seems slightly thinner since 2015.

It seemed like the 2 old friends shared a bittersweet yet humbling experience, as they shared a quiet moment amid the hubbub of campaigning.

It’s no secret that this year’s General Election has been a closer, tougher, dirtier fight than any of us ever expected.

While the candidates are going around from house to house, kopitiam to hawker centre rallying their supporters, some of the uglier parts of this election have definitely gotten to them, and possibly dampened their spirits at times.

We hope all candidates manage to have uplifting moments just like Mr Ng’s, and press on for the last 2 days of campaigning ahead of us. It’s been a tough fight, and we’ve nothing but respect for the effort and dedication that’s gone into it.