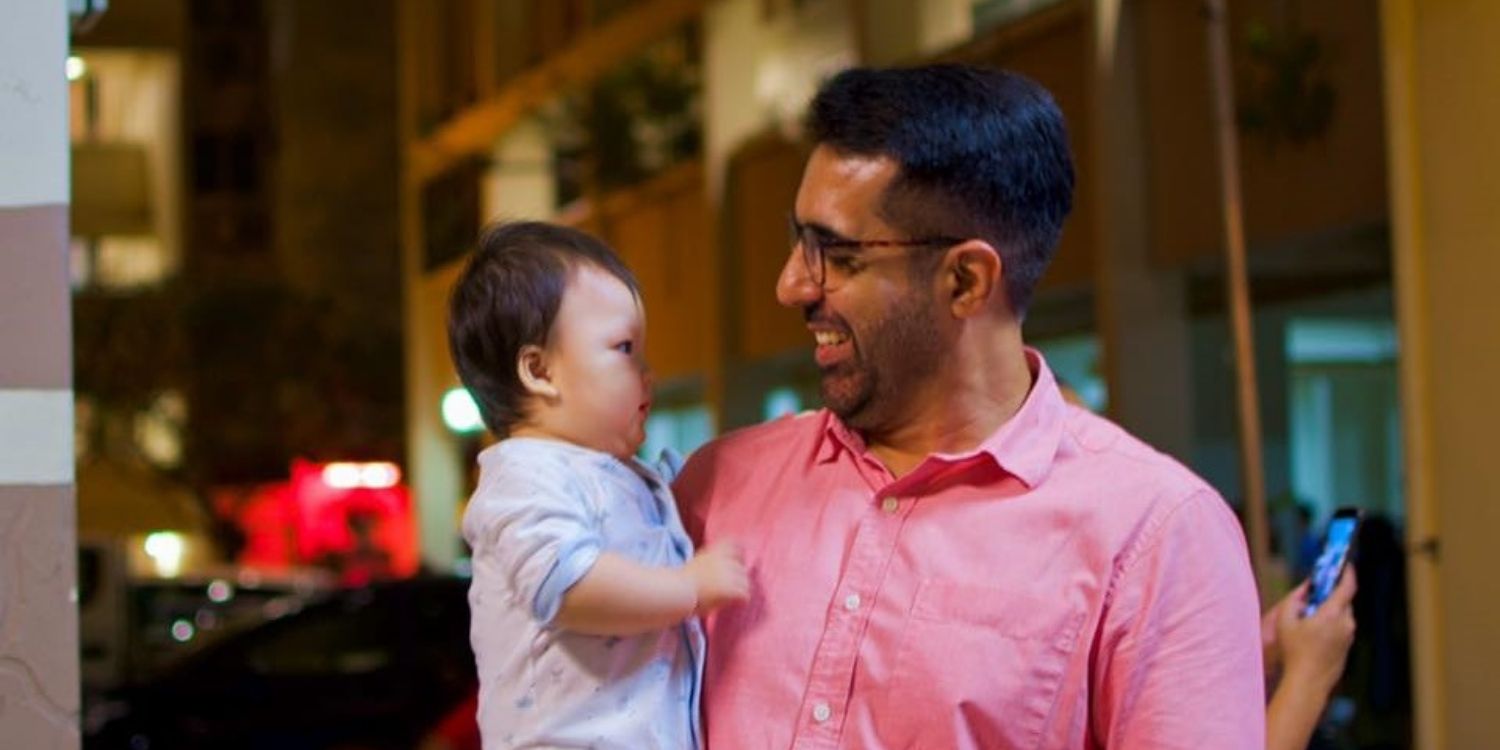 Prime Minister Lee Hsien Loong has been revealed to be the 2nd-most admired man in Singapore, according to a recently released YouGov survey.

Given that in 1st place was ex-United States president Barack Obama, that might mean that PM Lee is our most admired local politician.

However, it seems the leader of our Government faces strong competition from the Leader of the Opposition.

That’s because Mr Pritam Singh has come in tops in an informal MS News poll of about 3,800 people. Who do you admire?

That made him the 2nd-most admired man in Singapore. Curious over how he’d fare against other male politicians in Singapore, MS News decided to create a poll of our own on our Telegram channel.

Among a list of 10 prominent male politicians, we asked a simple question: “Who do you admire?”

Pritam comes out top, PM Lee is No. 2

3,793 anonymous votes later, the results were as follows: 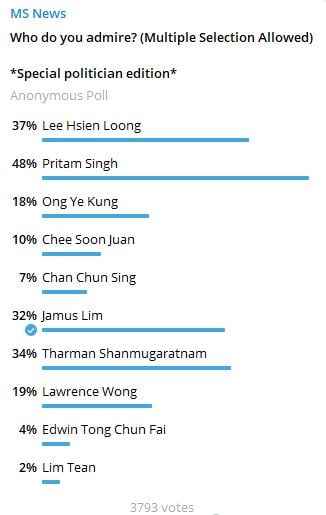 That’s about 1,820 people who indicated that they admired him. However, PM Lee didn’t fare badly either, with 37% of our respondents admiring him also.

Tharman beats out Jamus for No. 3

This isn’t surprising, considering Minister Tharman is one of our most popular politicians, and someone whom many Singaporeans have wished to be our next PM. 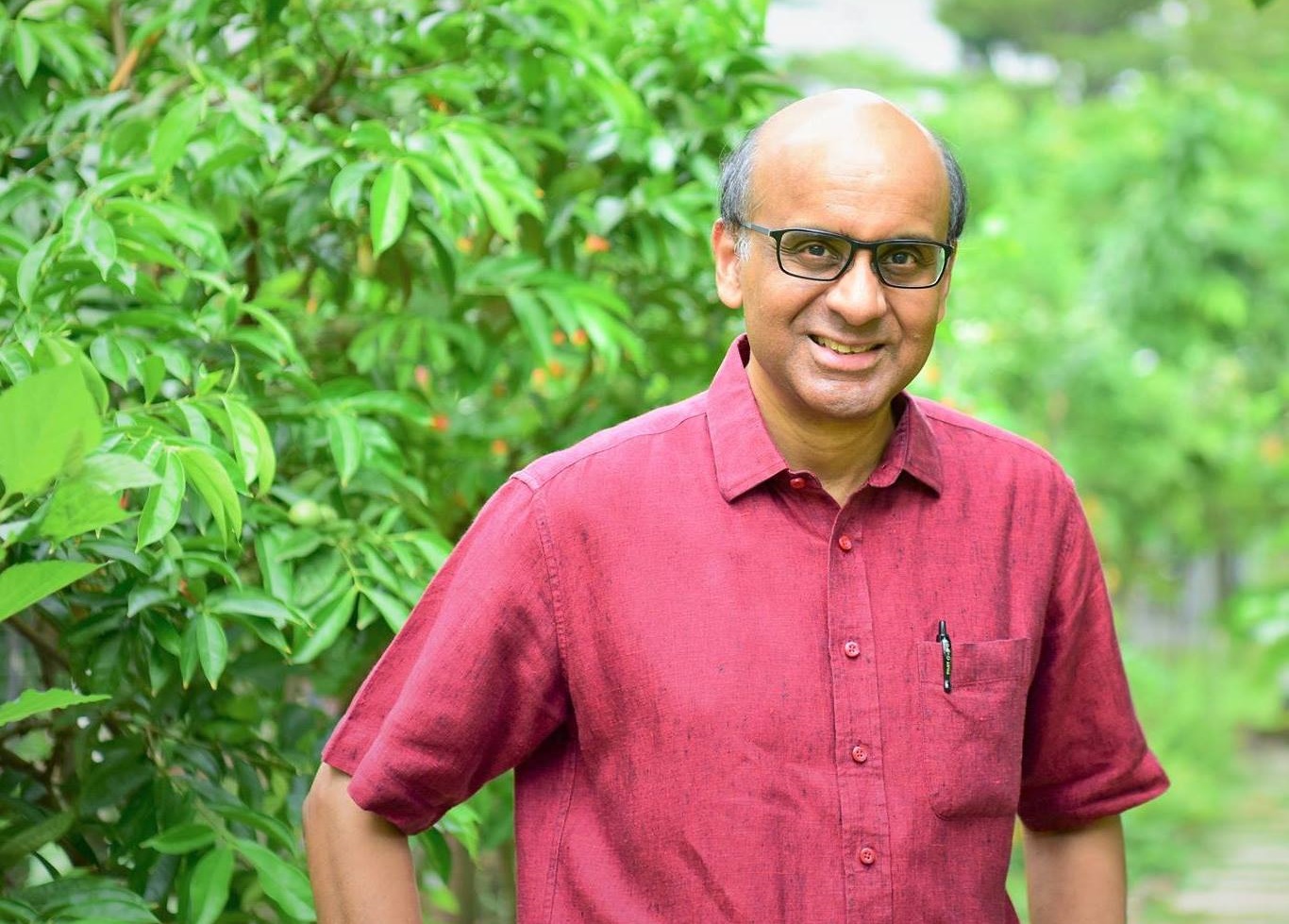 With 34% of the votes, he narrowly beat out Sengkang MP Jamus Lim (32%) – a wunderkind who caught the nation’s attention during the 2020 General Election.

Considering Mr Singh was elected to Parliament in 2011 and became Leader of the Opposition just last year, it might surprise some that he came out No. 1 in our poll.

However, what’s fresh in the minds of Singaporeans is his recent appearance in front of the Committee Of Privileges (COP). 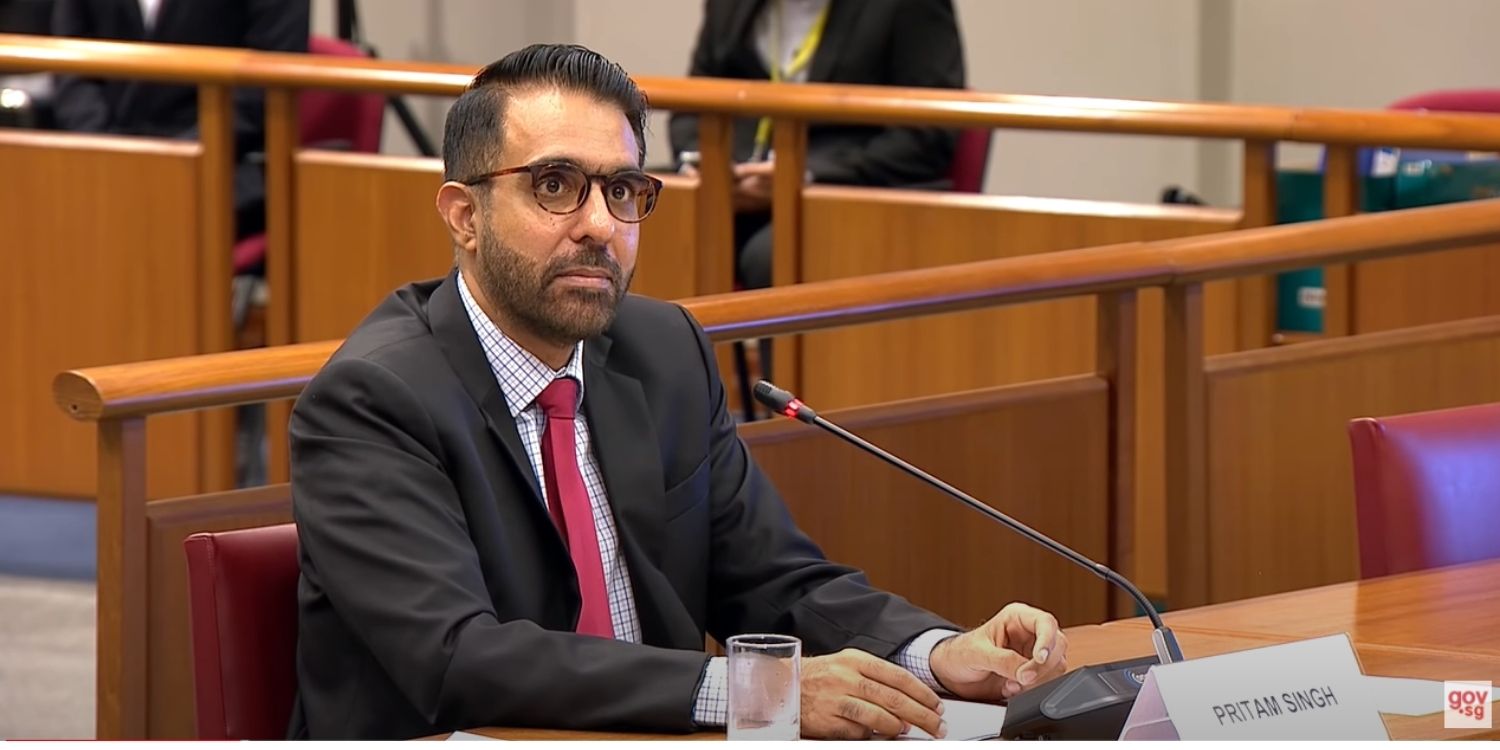 There, he faced up to questioning led by Minister for Culture, Community and Youth Edwin Tong.

The 2 politicians certainly went at it “hammer and tongs”, and the combative exchanges between provided us with quotable quotes and dramatic moments.

Incidentally, Minister Tong is ranked No. 9 on our list, just above People’s Voice chief Lim Tean.

Pritam was from non-elite background

Besides his recent sparring matches before the COP, Mr Singh was known for travelling a less-common path to Parliament.

Being a Normal Stream student from a non-elite school who did badly in his PSLE, he by his own admission “bumbled” his way into university.

However, he hit his stride and became a lawyer while also rising to lead the WP.

According to his former teacher, she thinks being from a non-elite school prepared Mr Singh for public service as it prepared him to understand and appreciate what we have in Singapore.

Mr Singh himself has also shared his own personal experiences from the ground, including of multiracial childhood friendships, how his mother worked at McDonald’s and the dilemma when picking a 2nd language for his children.

Perhaps what Singaporeans admire in him is that he embodies how success can be available to all, even if we don’t come from an elite academic background.

While our poll may represent just a small part of Singapore’s population, it shows there are people out there whose admiration for Mr Singh endures.

This is despite WP’s recent issues surrounding the handling of ex-MP Raeesah Khan’s Parliament untruths.

And PM Lee and Minister Tharman are rightfully admired by Singaporeans after proving their mettle during decades of public service.

Congratulations to the leaders for inspiring and remaining in people’s hearts.